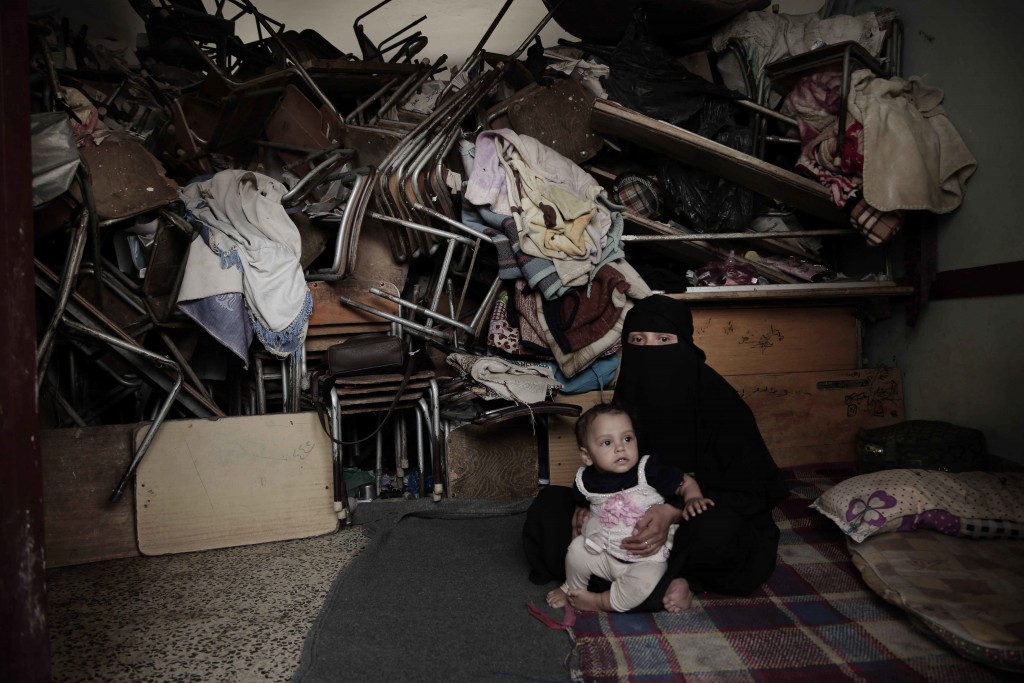 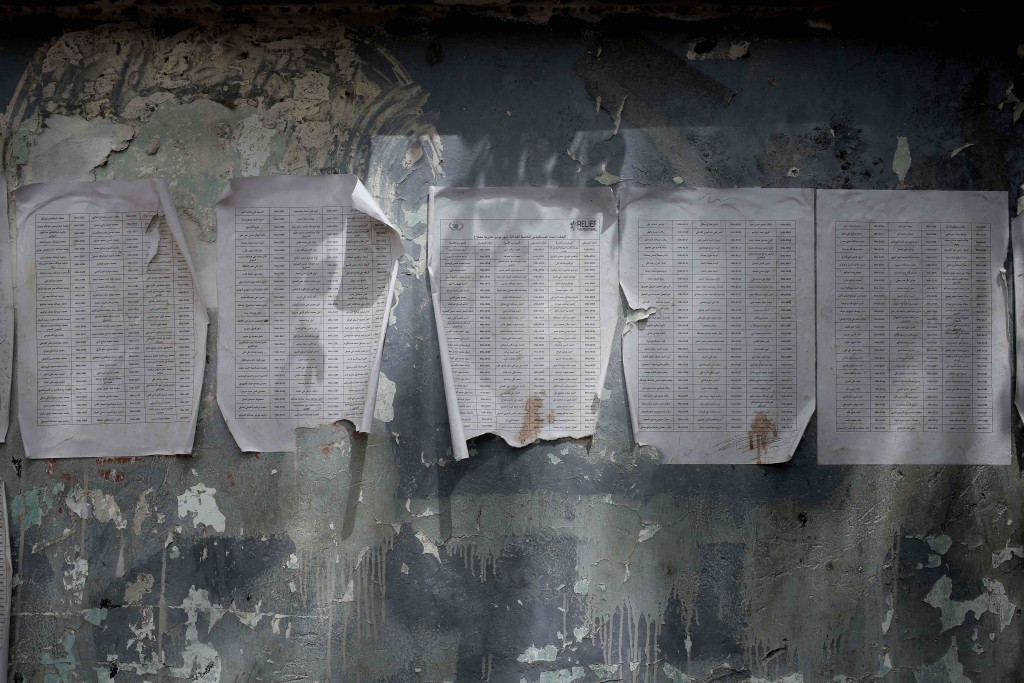 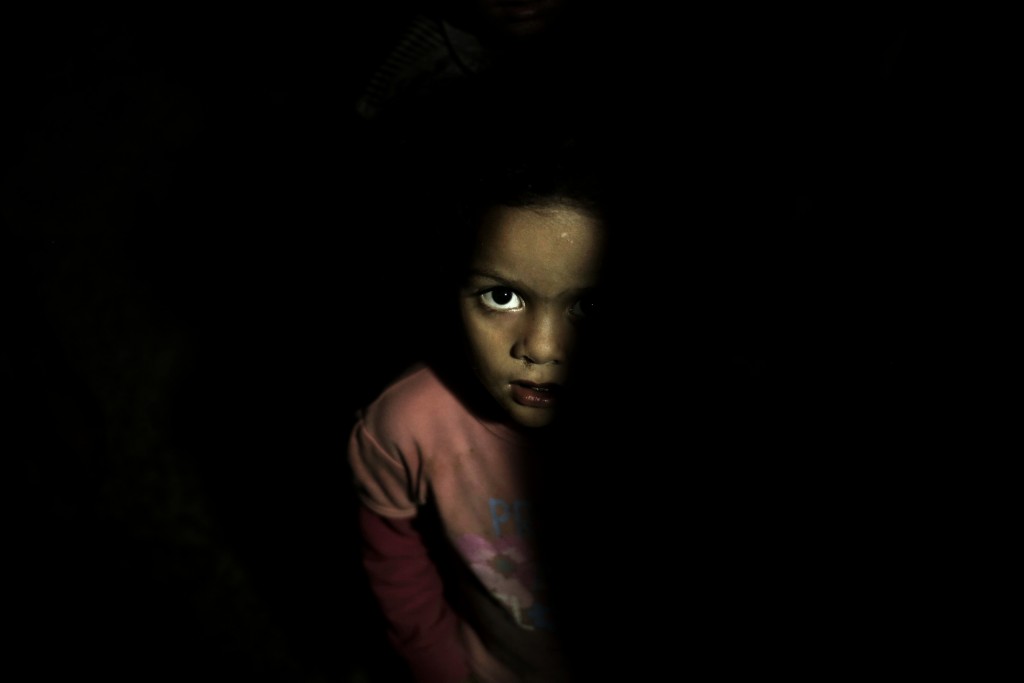 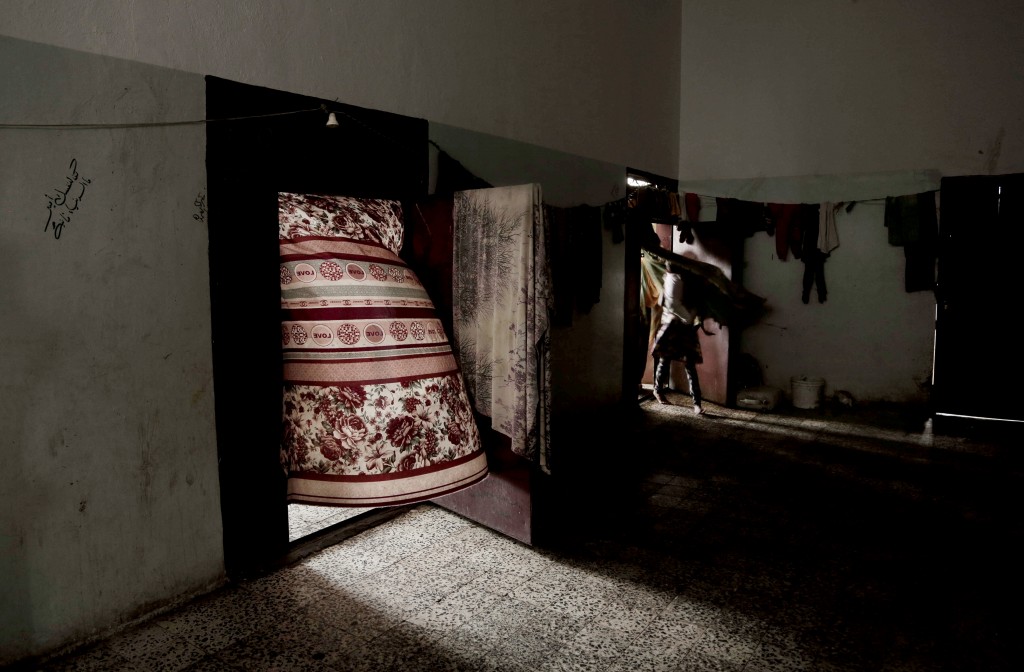 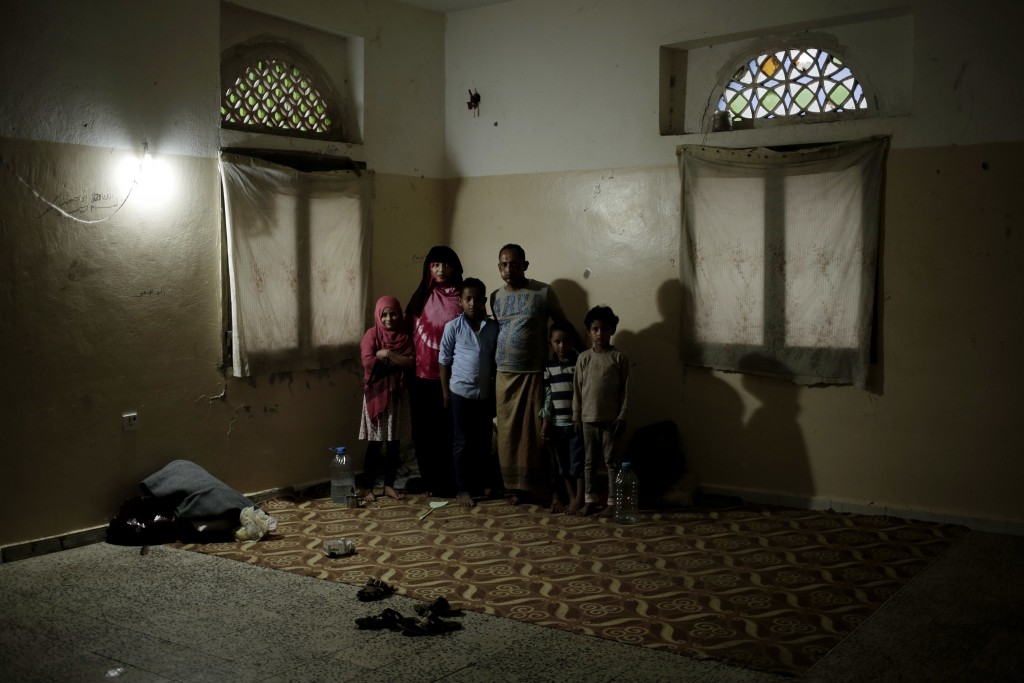 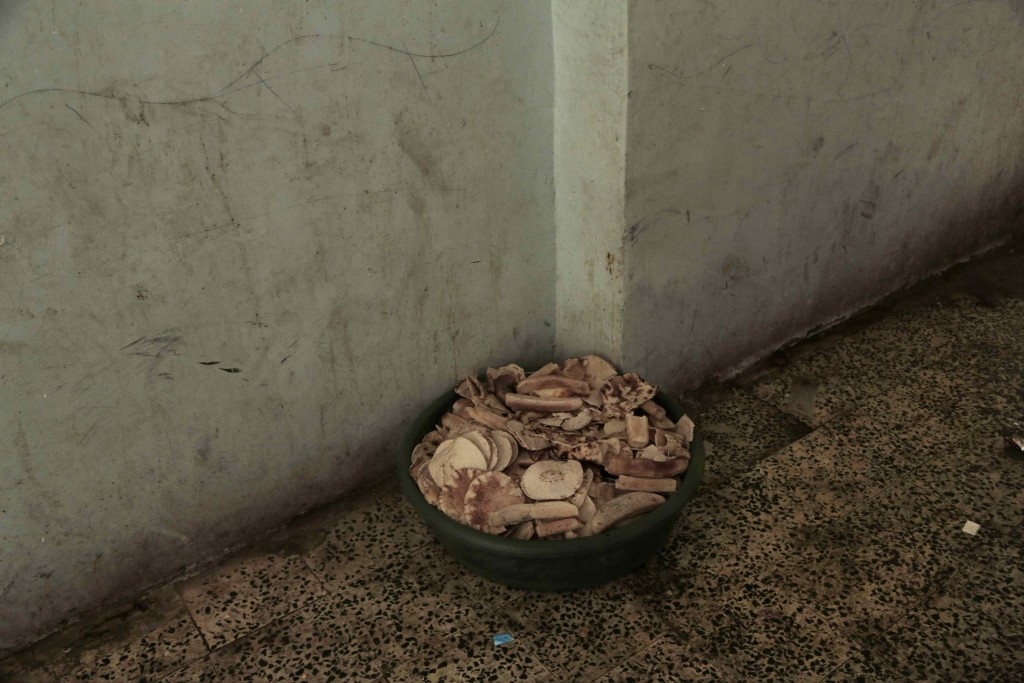 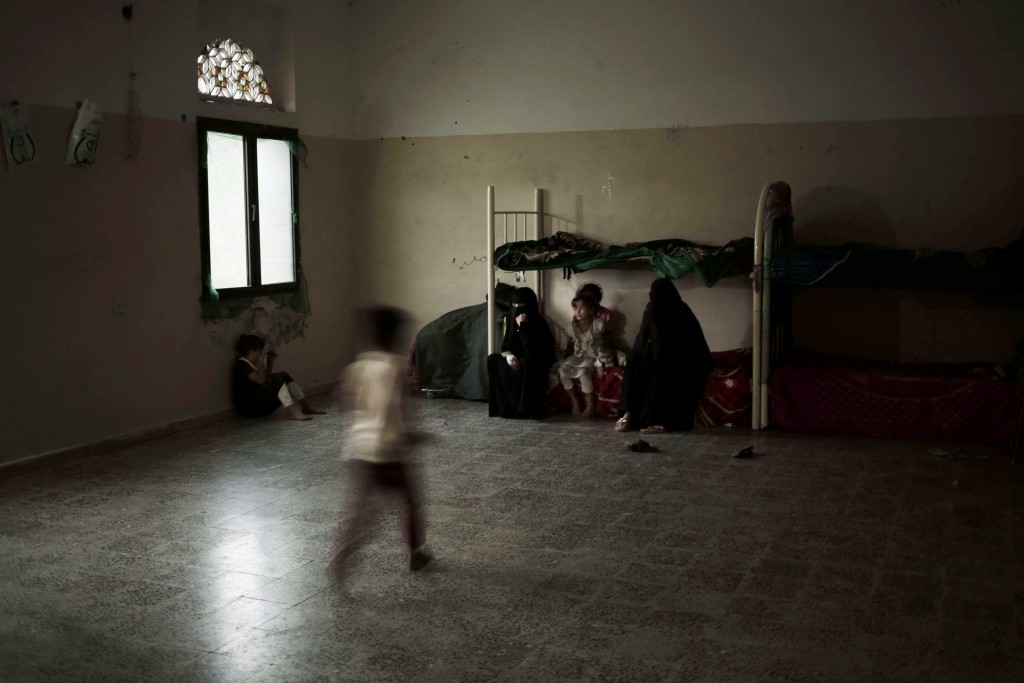 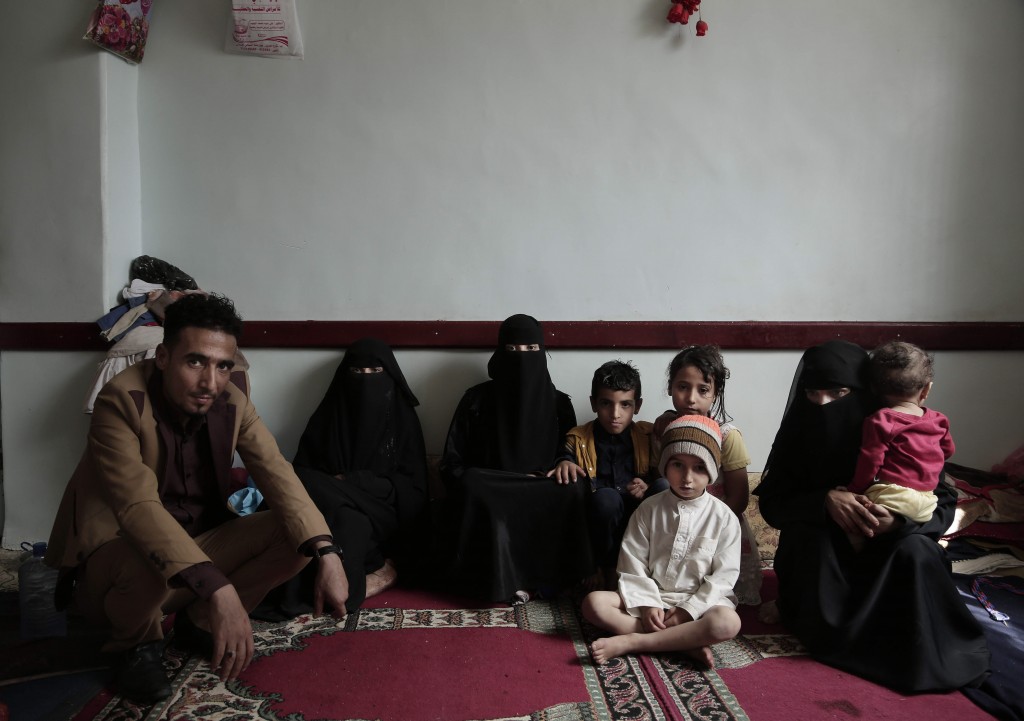 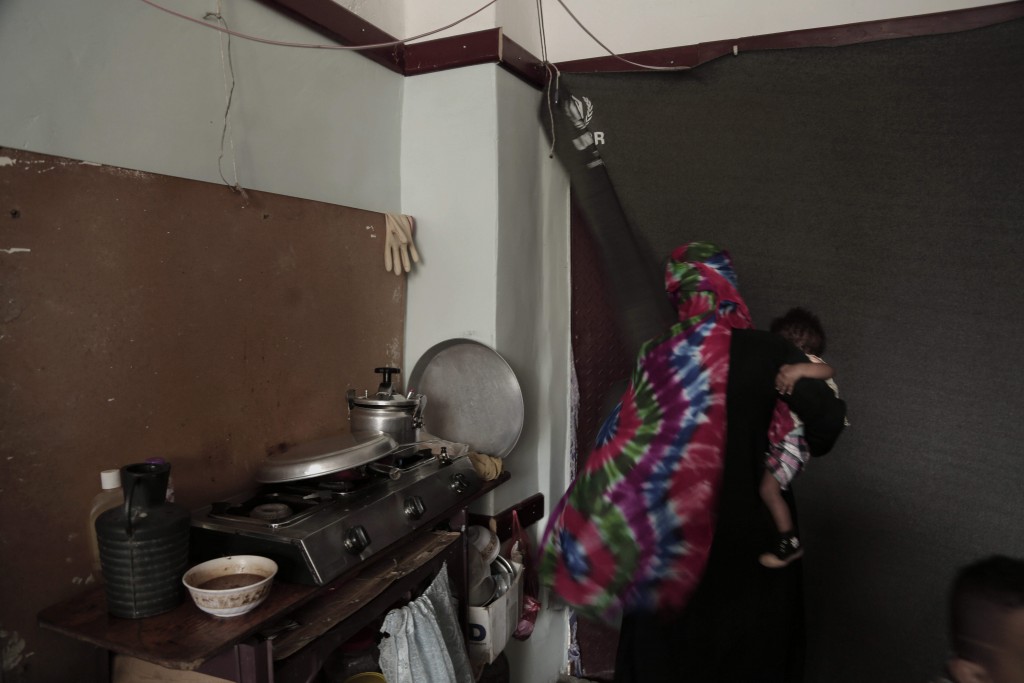 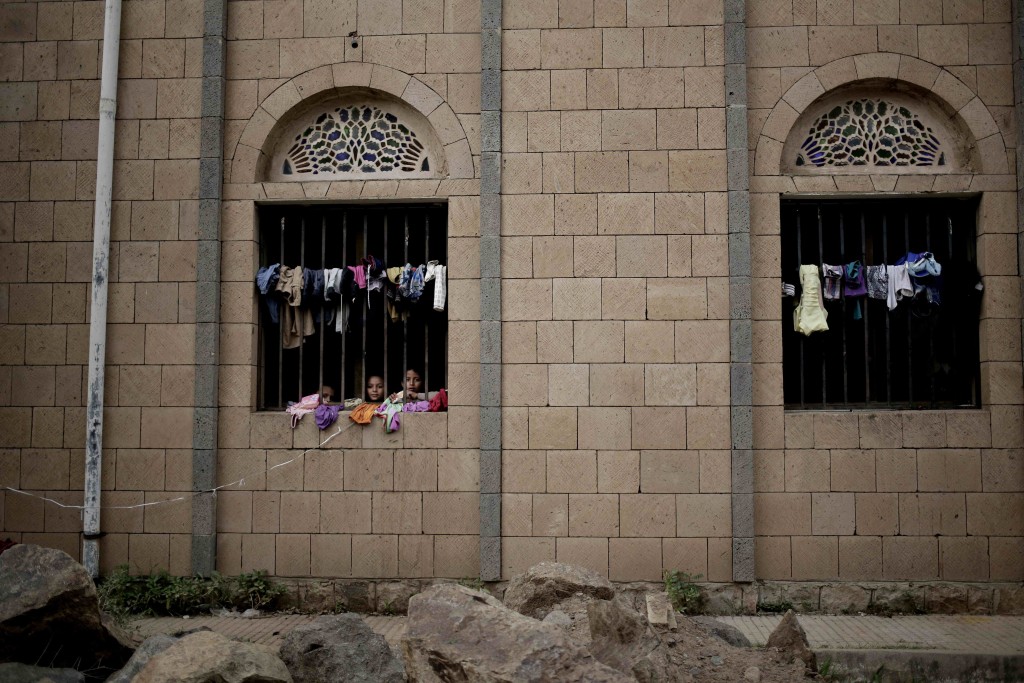 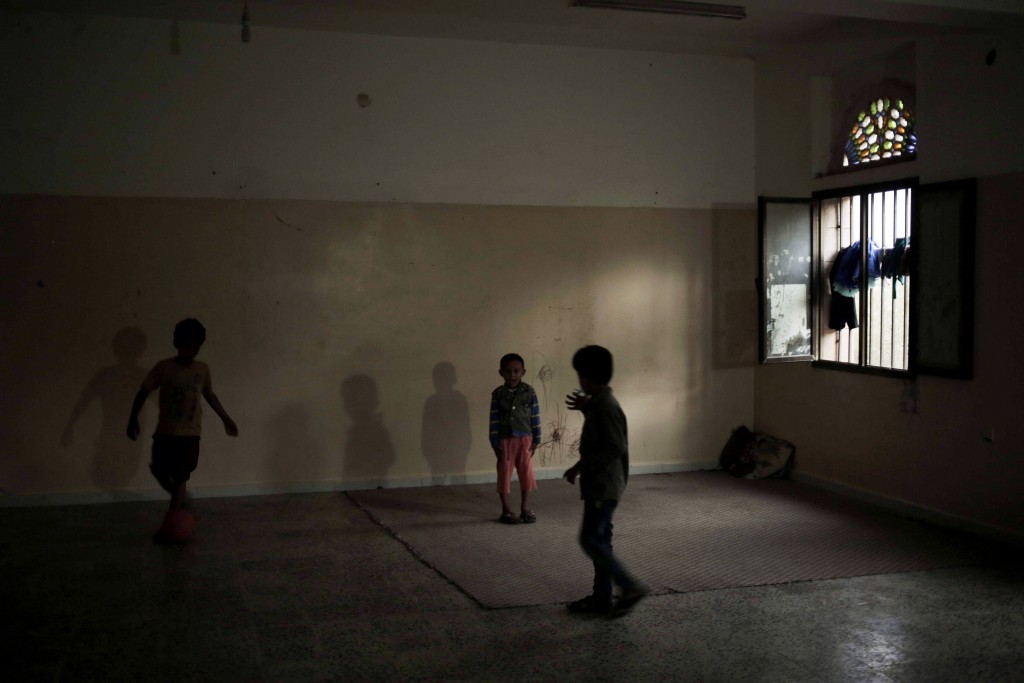 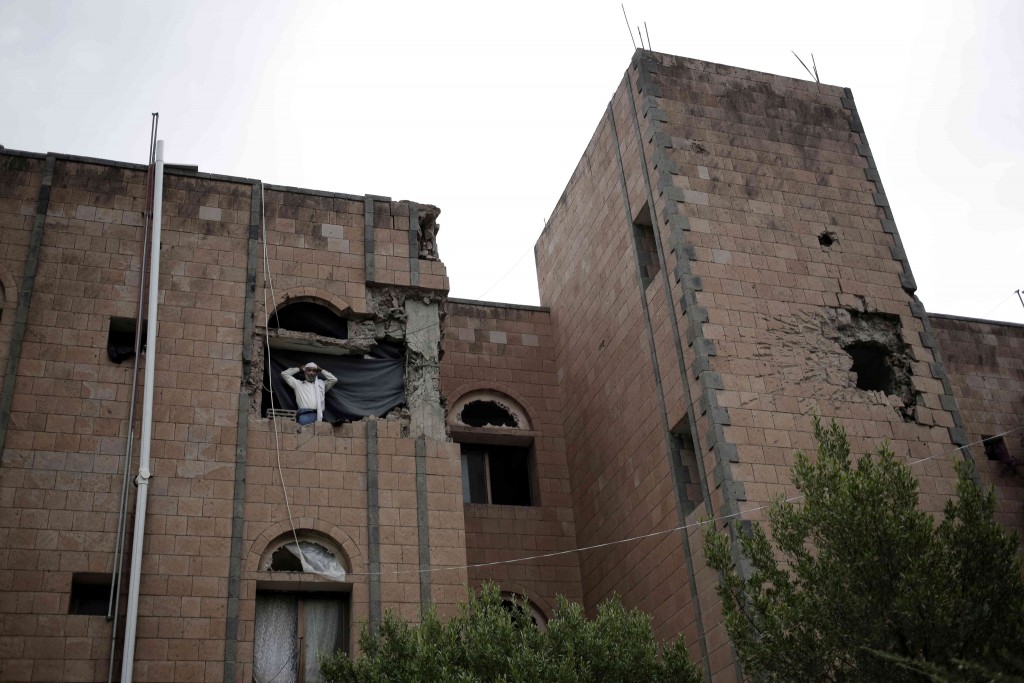 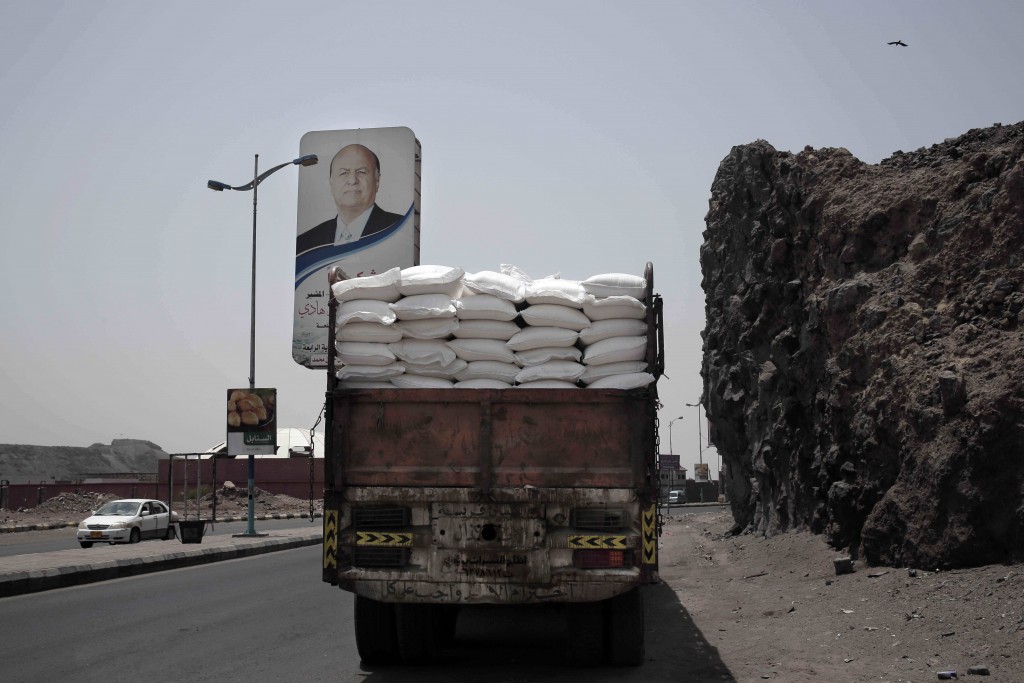 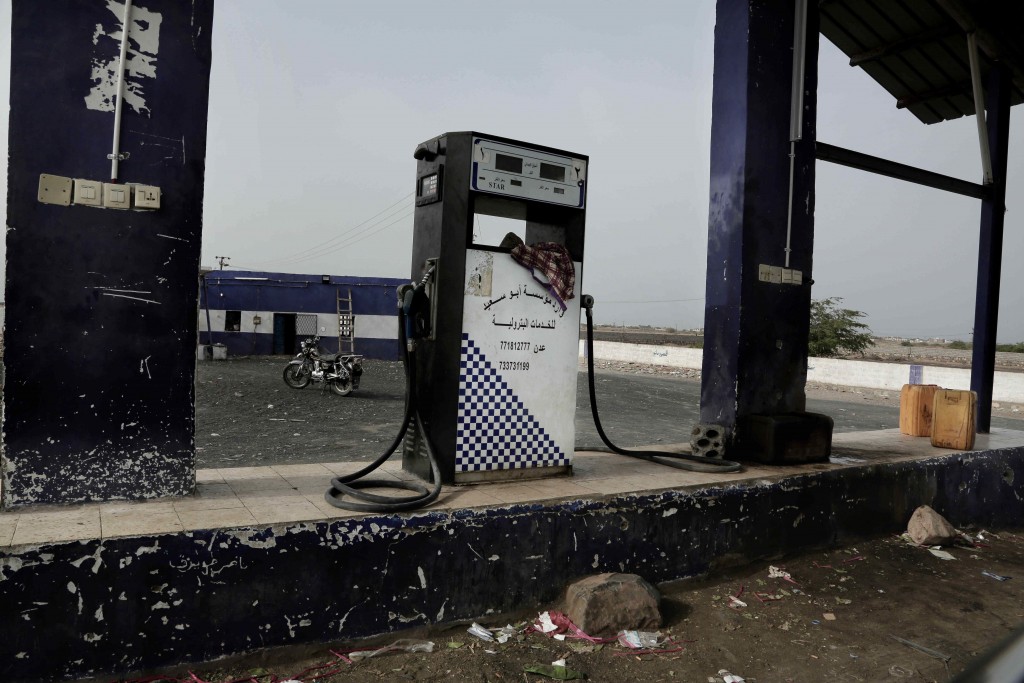 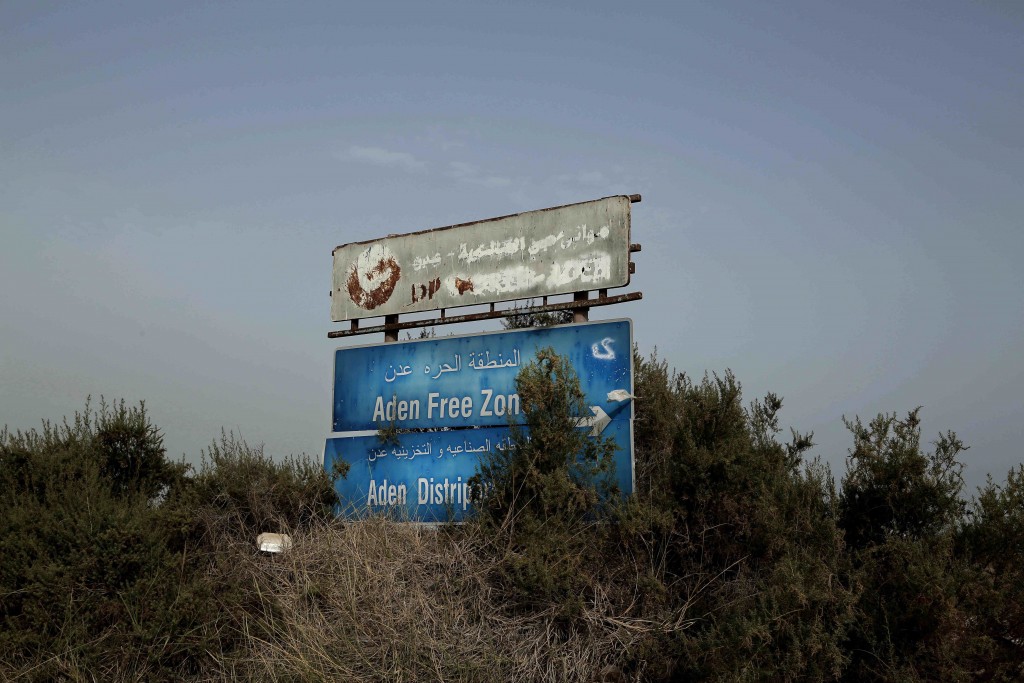 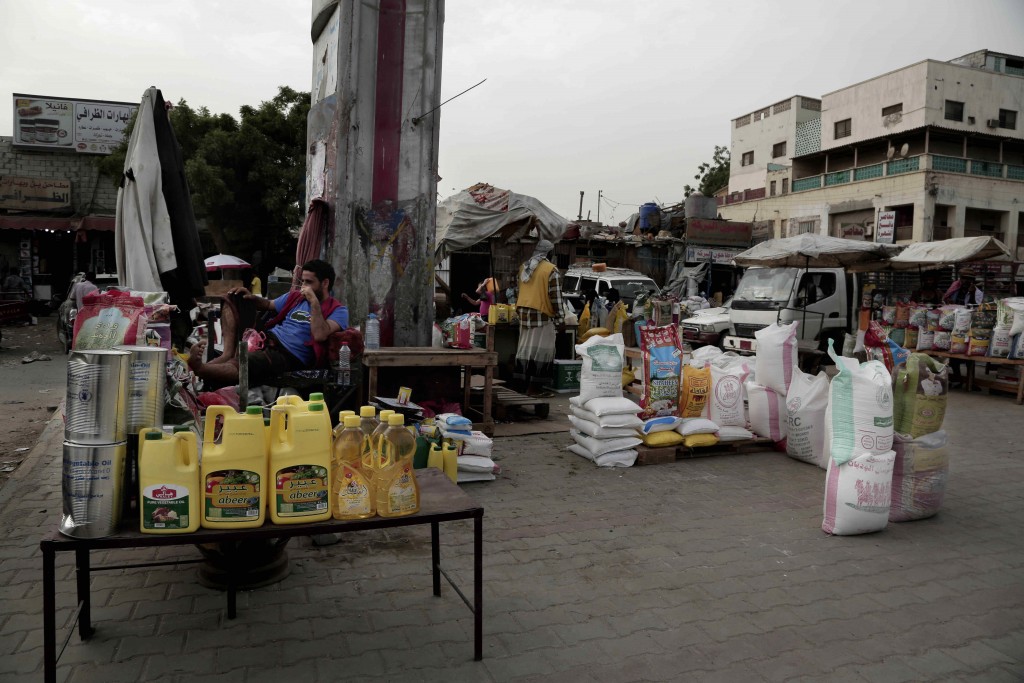 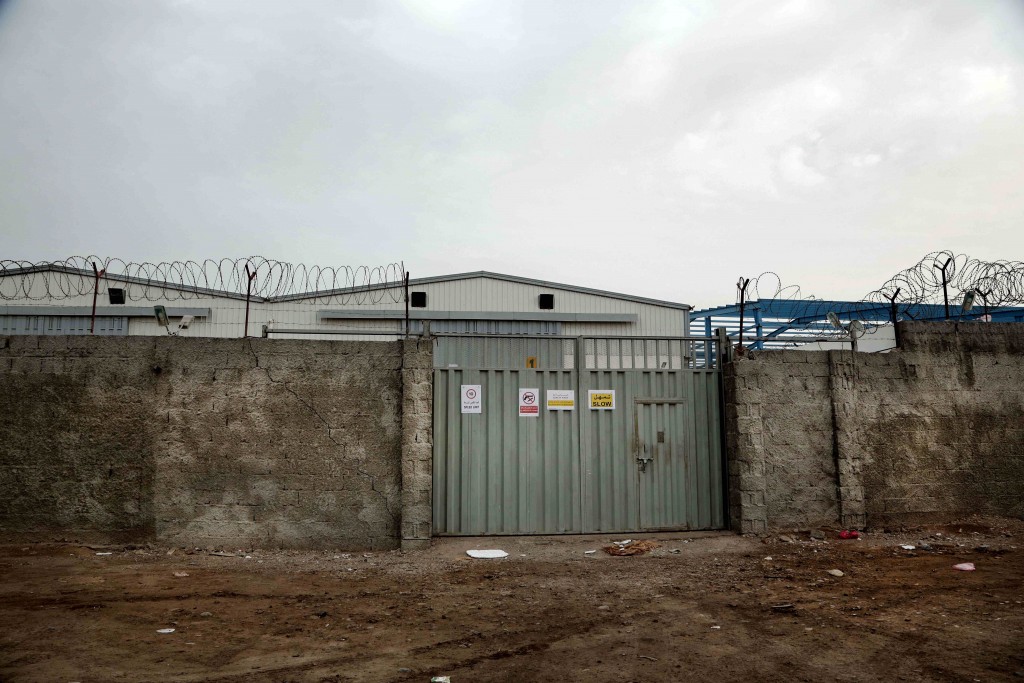 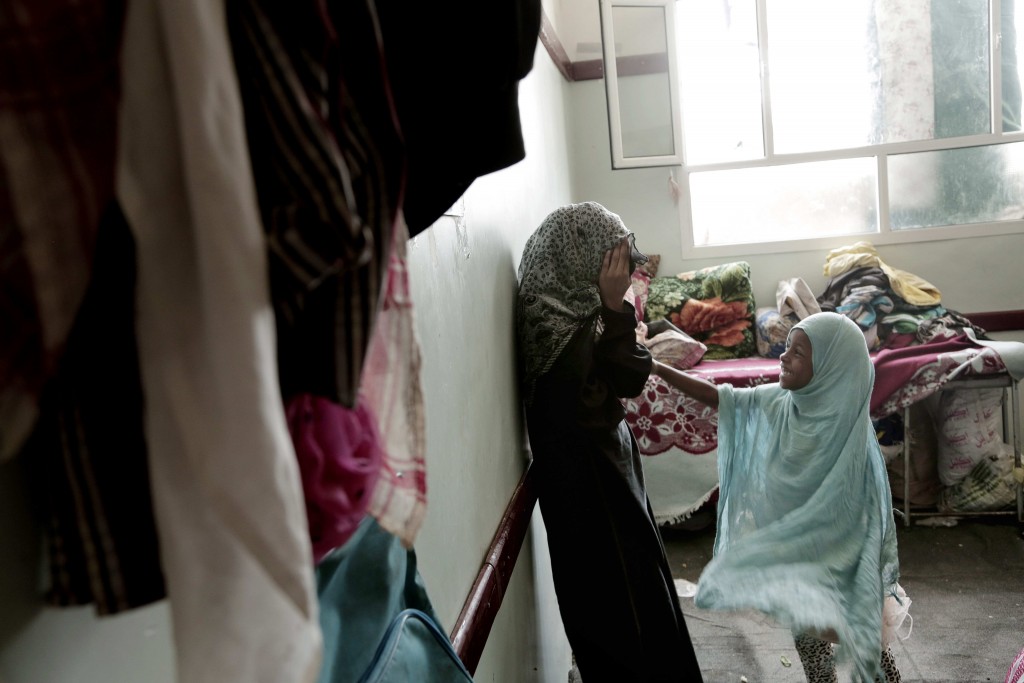 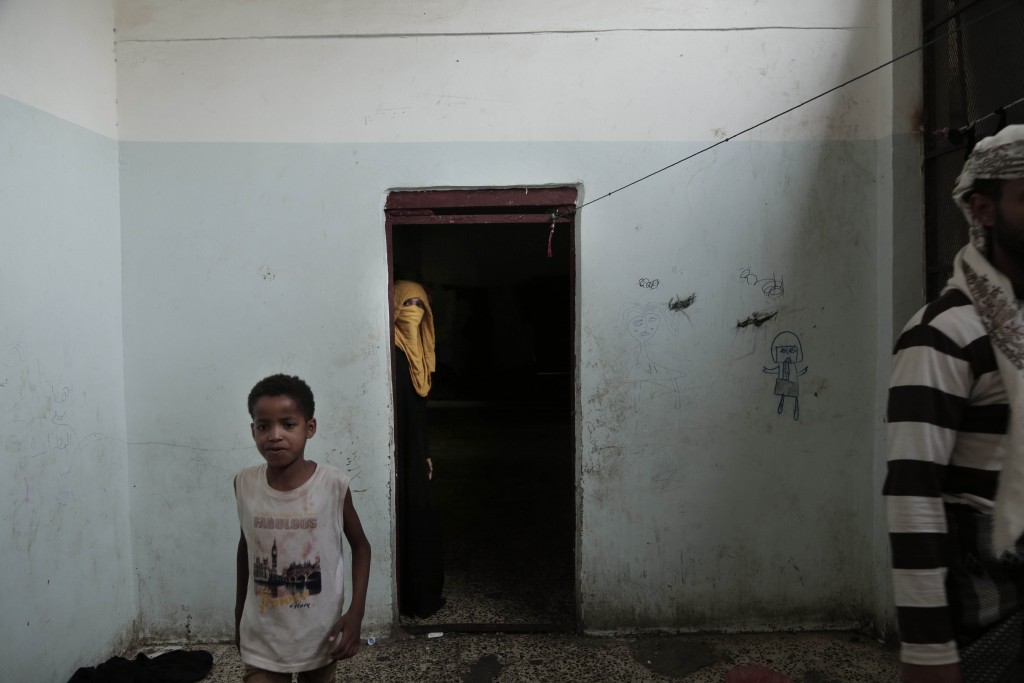 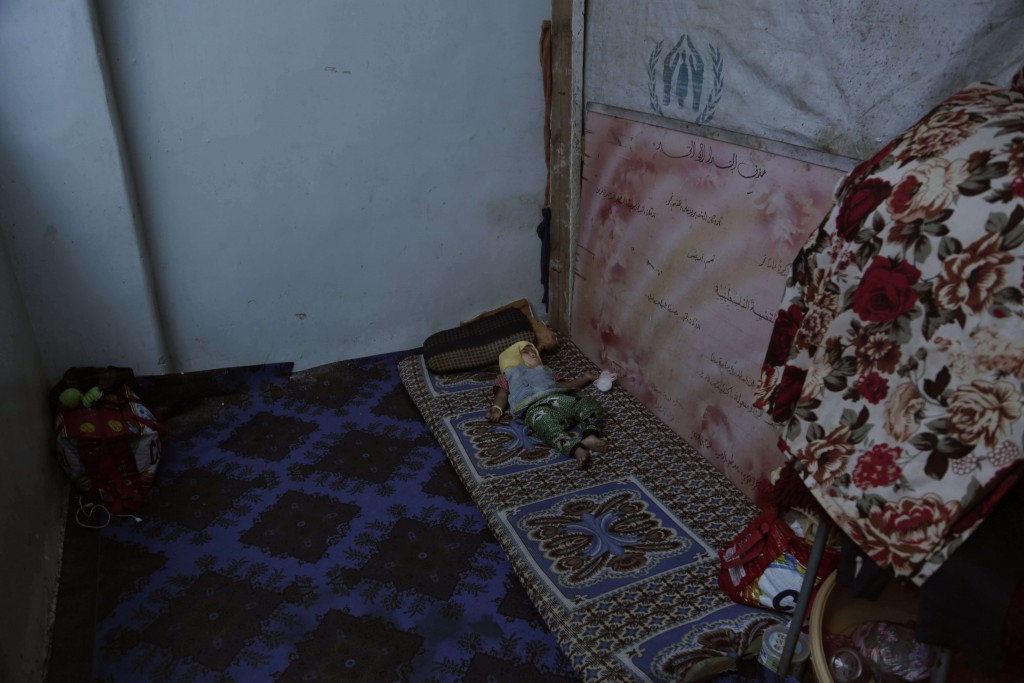 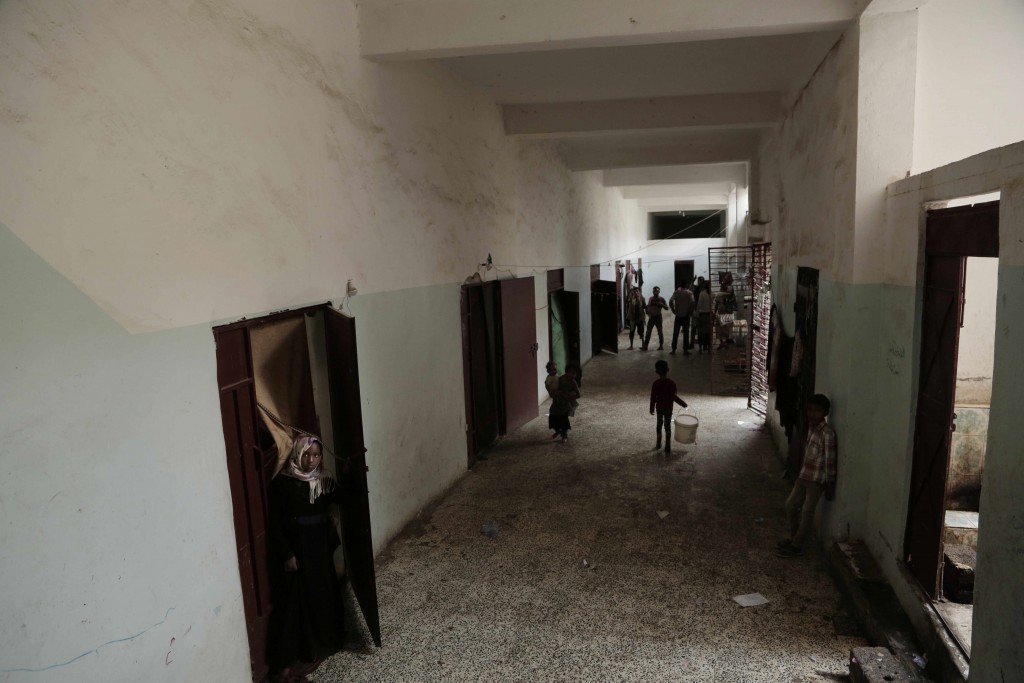 TAIZ, Yemen (AP) — Day after day Nabil al-Hakimi, a humanitarian official in Taiz, one of Yemen's largest cities, went to work feeling he had a "mountain" on his shoulders. Billions of dollars in food and other foreign aid was coming into his war-ravaged homeland, but millions of Yemenis were still living a step away from famine.

Reports of disarray and thievery streamed in to him this spring and summer from around Taiz — 5,000 sacks of rice doled out without record of where they'd gone . . . 705 food baskets looted from a welfare agency's warehouses . . . 110 sacks of grain pillaged from trucks trying to make their way through the craggy northern highlands overlooking the city.

Food donations were being snatched from the starving.

Documents reviewed by The Associated Press and interviews with al-Hakimi and other officials and aid workers show that thousands of families in Taiz are not getting food aid intended for them — often because it has been seized by armed units that are allied with the Saudi-led, American-backed military coalition fighting in Yemen.

"The army that should protect the aid is looting the aid," al-Hakimi told the AP.

Across Yemen, factions and militias on all sides of the conflict have blocked food aid from going to groups suspected of disloyalty, diverted it to front-line combat units or sold it for profit on the black market, according to public records and confidential documents obtained by the AP and interviews with more than 70 aid workers, government officials and average citizens from six different provinces.

The AP's reporting on the war in Yemen is supported by a grant from the Pulitzer Center on Crisis Reporting.

The problem of stolen aid is common in Taiz and other areas controlled by Yemen's internationally recognized government, which is backed by the Saudi-led military coalition. It is even more widespread in territories controlled by the Houthi rebels, the struggling government's main enemy during the nearly four years of warfare that has spawned the world's worst humanitarian crisis.

Some observers have attributed the near-famine conditions in much of the country to the coalition's blockade of ports that supply Houthi-controlled areas. AP's investigation found that large amounts of food are making into the country, but once there, the food often isn't getting to people who need it most.

The United Nations' World Food Program has 5,000 distribution sites across the country targeting 10 million people a month with food baskets but says it can monitor just 20 percent of the deliveries.

This year the U.N., the United States, Saudi Arabia and others have poured more than $4 billion in food, shelter, medical and other aid into Yemen. That figure has been growing and is expected to keep climbing in 2019.

An analysis this month by a coalition of global relief groups found that even with the food aid that is coming in, 15.9 million of Yemen's 29 million people aren't getting enough to eat.

Geert Cappelaere, Middle East director for UNICEF, the U.N.'s emergency fund for children, said authorities on all sides of the conflict are impeding aid groups from doing their work — and increasing the risk that the country will descend into widespread famine.

"This has nothing to do with nature," Cappelaere told the AP. "There is no drought here in Yemen. All of this is man-made. All of this has to do with poor political leadership which doesn't put the people's interest at the core of their actions."

The war in Yemen began in March 2015 after Houthi rebels swept out of the mountains and occupied northern Yemen. In response, Saudi Arabia and other Persian Gulf states formed a coalition to take on the Houthis.

The Houthis, a Zaidi-Shiite religious movement turned rebel militia, control an expanse of northern and western Yemen that is home to more than 70 percent of the country's population. In these areas, officials and relief workers say, Houthi rebels have moved aggressively to control the flow of food aid, putting pressure on international relief workers with threats of arrest or exile and setting up checkpoints that demand payments of "customs taxes" as trucks carrying aid try to move across rebel territory.

"Since the Houthis came to power, looting has been on a large scale," said Abdullah al-Hamidi, who served as acting education minister in the Houthi-run government in the north before defecting to the coalition side earlier this year. "This is why the poor get nothing. What really arrives to people is very little."

Each month in the rebel-governed city of Sanaa, he said, at least 15,000 food baskets that the education ministry was supposed to provide to hungry families were instead diverted to the black market or used to feed Houthi militiamen serving on the front lines.

Half of the food baskets that the U.N. food program provides to Houthi-controlled areas are stored and distributed by the ministry, which is chaired by the brother of the rebels' top leader.

Three other people familiar with relief programs in Houthi territory confirmed that they had knowledge of food baskets being improperly diverted from the education ministry. They spoke on condition of anonymity because of the risks that the rebels might block aid programs or deny visas.