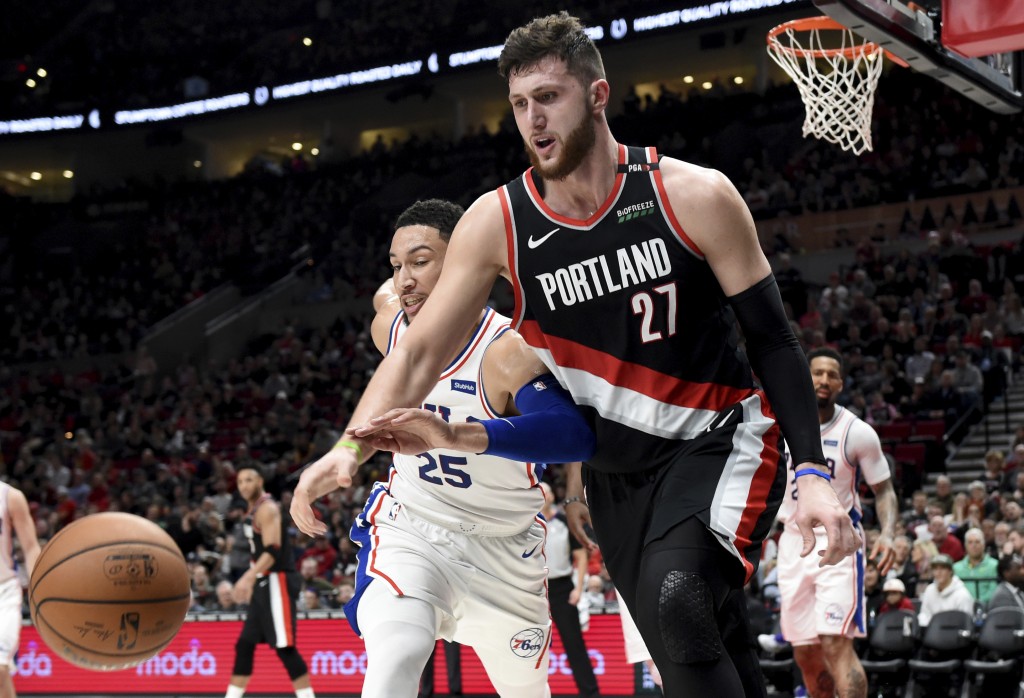 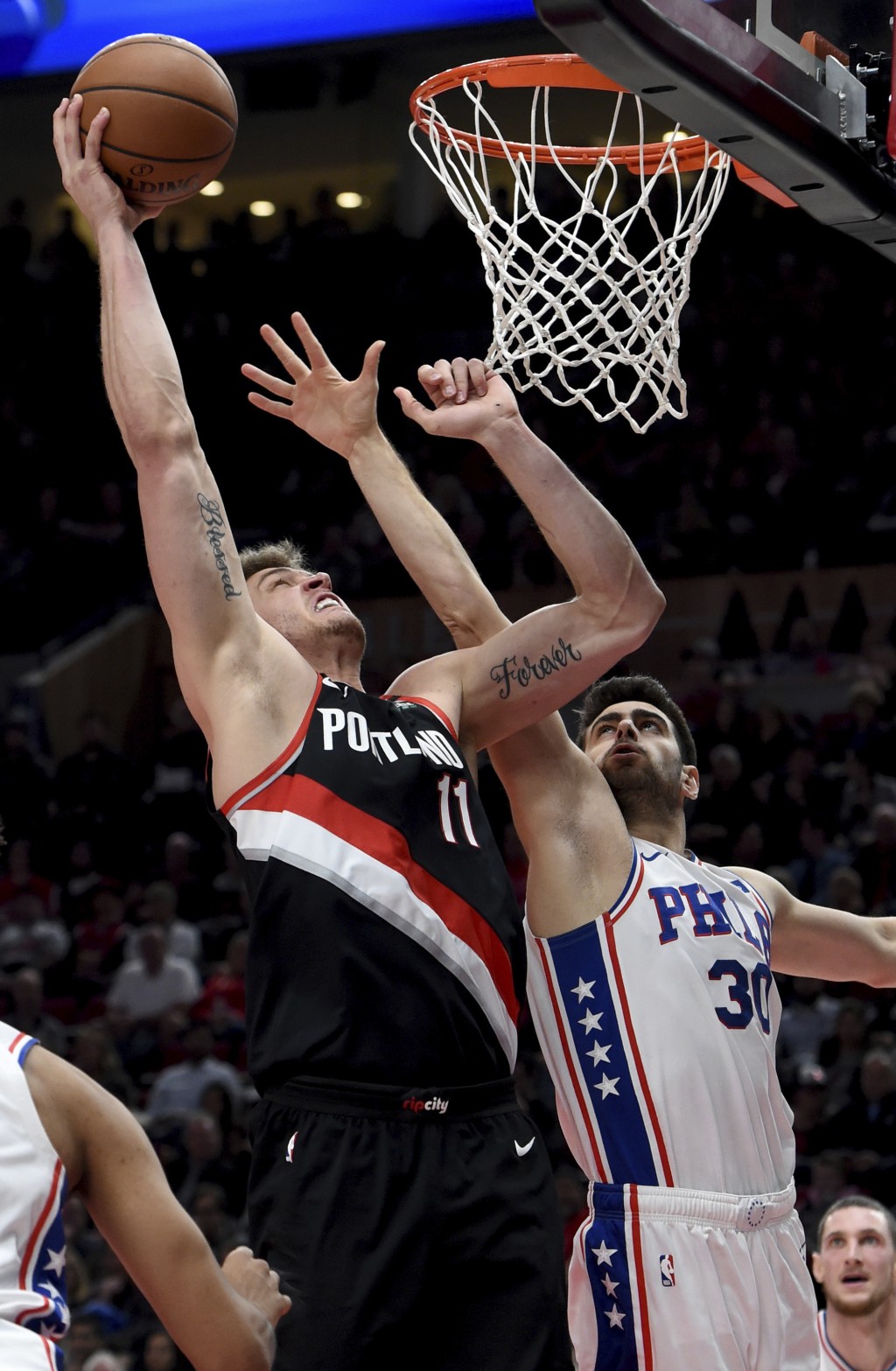 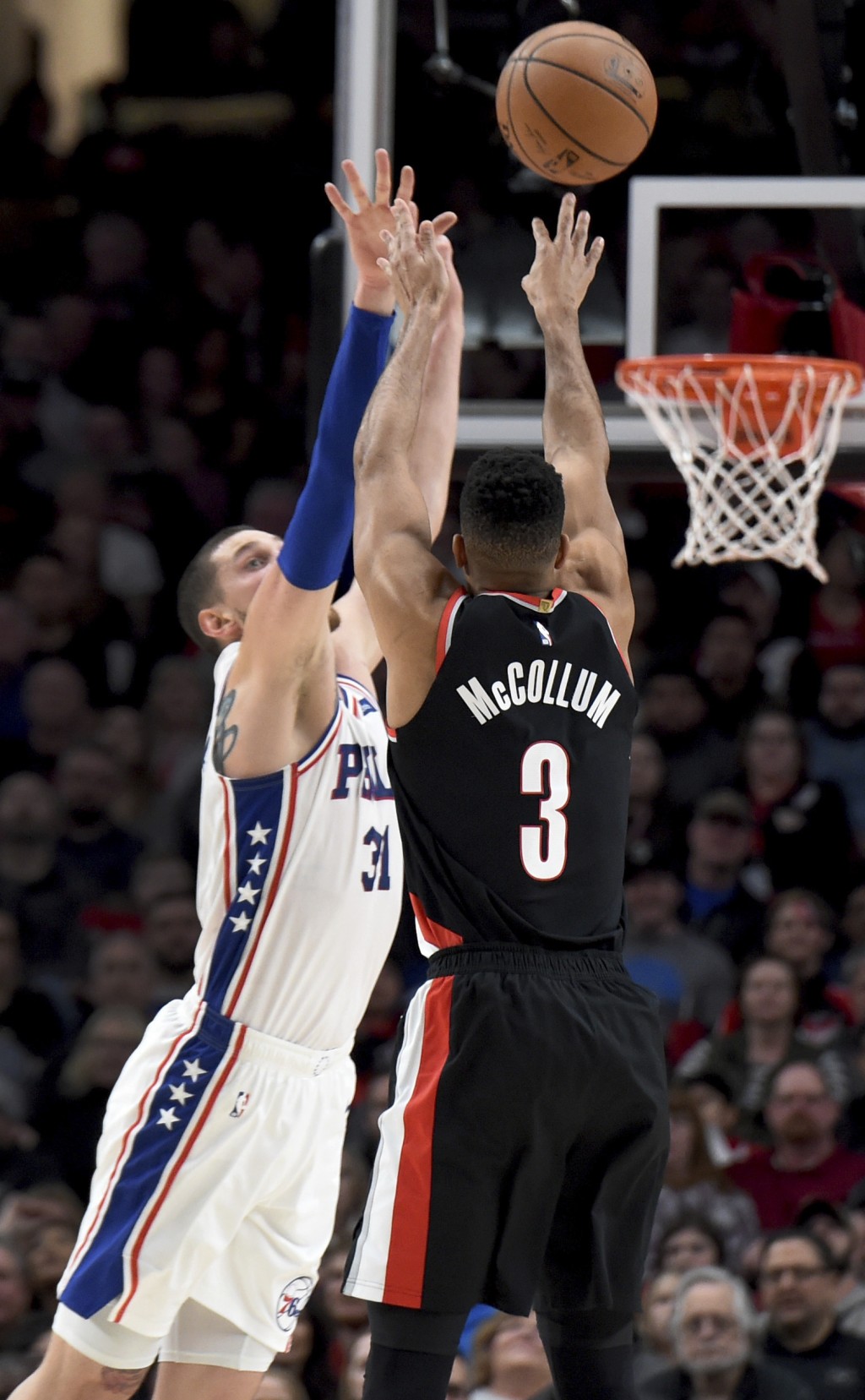 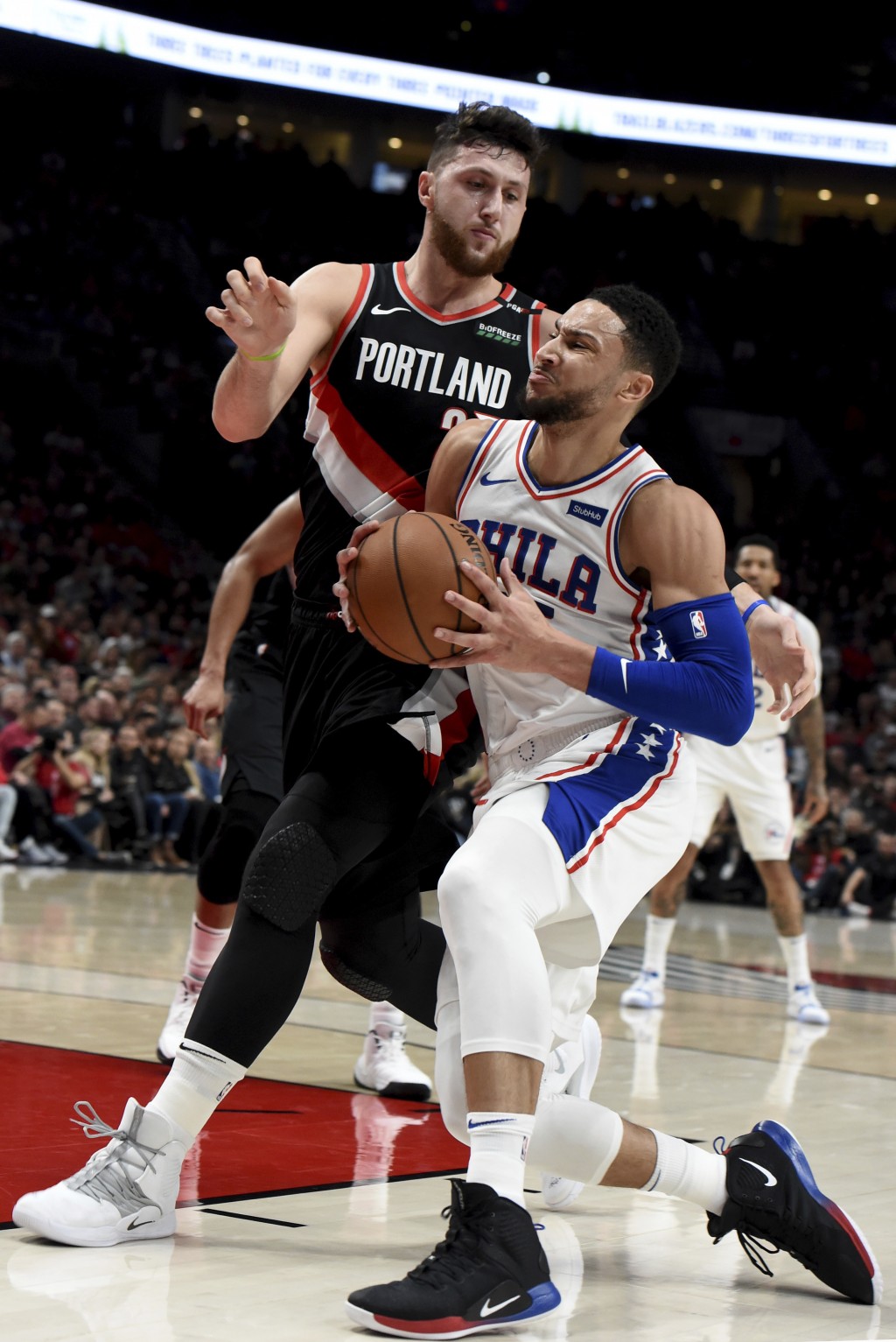 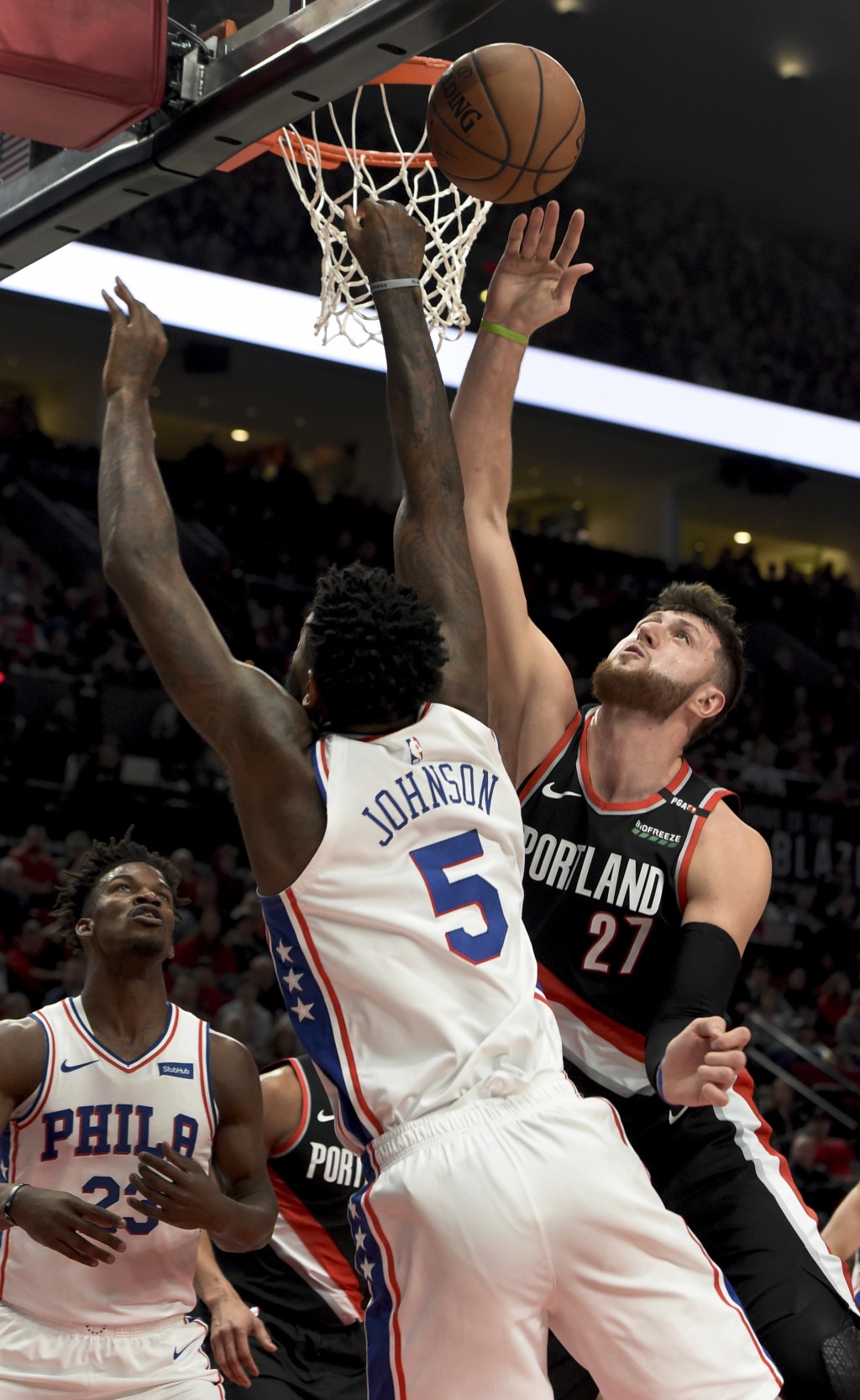 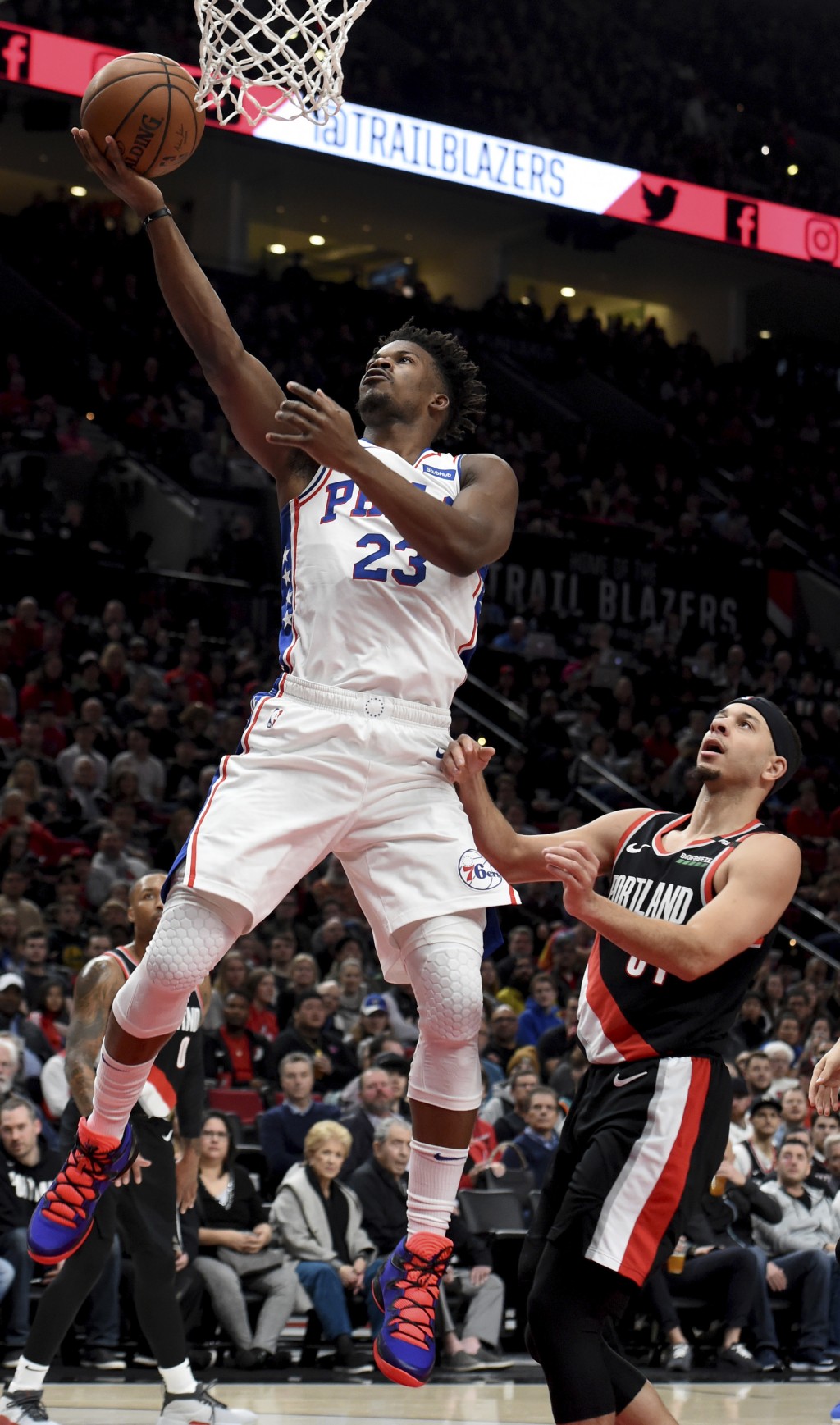 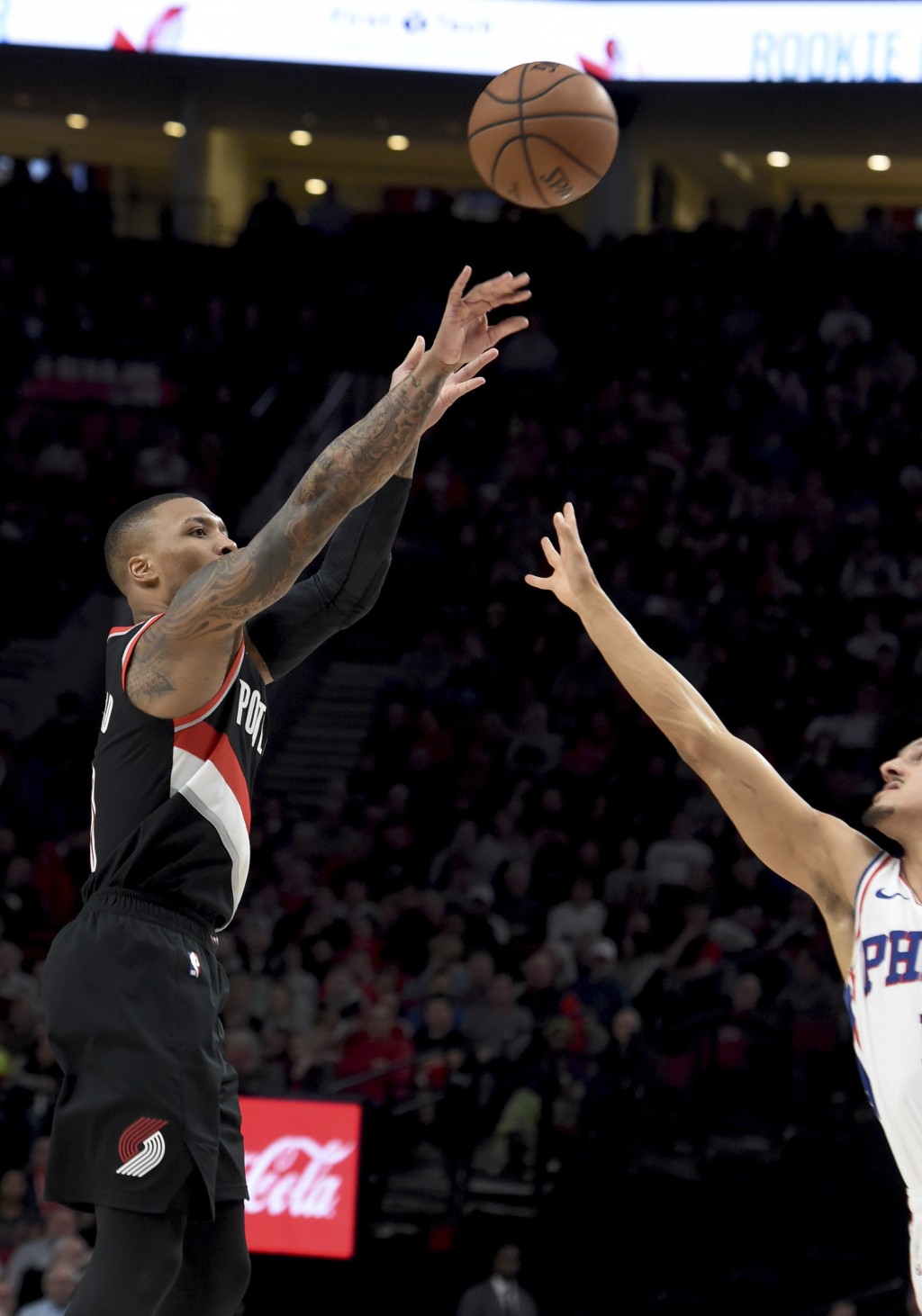 Ben Simmons scored 19 points to lead the 76ers, who were without center Joel Embiid due to soreness in his left knee. Embiid leads Philadelphia in scoring (26.5 points) and rebounds (13.3).

His absence was felt inside, as the Blazers outrebounded the 76ers 59-36.

Early on, it appeared as though Philadelphia might get by without Embiid. The 76ers hit their first four shots and led 13-7. Nothing went right the rest of the first half for Philadelphia, however, as Portland quickly erased the deficit and ran away from the 76ers.

The Blazers had runs of 12-1 and 8-0 to take a 31-20 lead after the first quarter. It was a warmup act for Portland's 39-point second quarter, where the Blazers started by scoring the first 12 points. McCollum scored 19 of his 26 first-half points during the second quarter, as the Blazers built a 70-41 halftime lead.

After making its first four field goal tries, Philadelphia hit just 4 of its next 27 shots. It was no match for Blazers, who shot 67 percent (29 of 43) during the first half.

Portland didn't let up, increasing its lead to 39 points by the end of the third quarter, when the Blazers emptied their bench.

76ers: Coach Brett Brown said Embiid was held out of Sunday's game as a precaution. "It's not anything we're concerned about," Brown said. ... Replacing Embiid was Amir Johnson, who made his second start of the season.