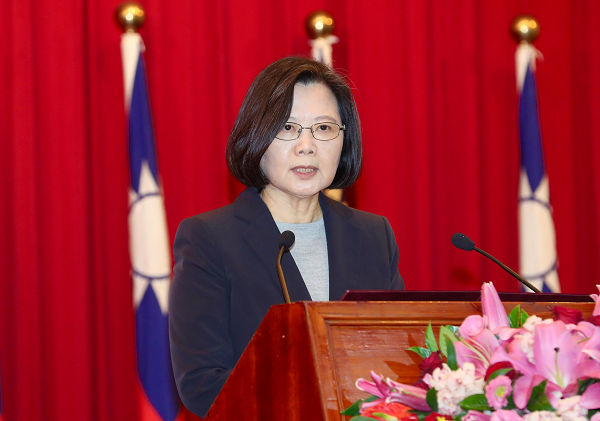 TAIPEI (East Asia Forum) -- In December each year, Taiwanese vote for a Chinese character that best reflects the past year. The 2018 Word of the Year is fan (翻), which has multiple meanings depending on the context. Its direct translation is "reversal." This is precisely how many Taiwanese felt in 2018.

On the surface, Taiwan’s economy is doing reasonably well. Taiwan’s GDP growth rate stood at 2.6 percent in November — not far behind many of its East Asian peers. The unemployment rate was 3.75 percent in September, which was the lowest rate in 18 years, month-to-month. The export growth rate has also remained positive for 25 consecutive months. Yet many are concerned that this trend will soon be reversed.

For most of the past two years, the United States’ sabre-rattling over the possibility of trade sanctions were widely considered to be empty threats or bargaining chips that U.S. President Donald Trump might use as a means to achieve foreign policy goals.

Those threats were made real when the United States implemented 10–25 per cent tariffs on over 6000 "made in China" products worth US$250 billion over the past six months. The U.S.–China trade war only applies to products that originate from China. But Taiwan’s high dependence on offshore manufacturing in China and the depth of the supply chain networks across the Taiwan Strait with the United States do not bode well for Taiwan’s economy. Over 90 per cent of Taiwan’s information and communication technology products are now manufactured in China. For machinery and electronics — which are the main targets of the United States — the shares are 50 per cent and 60 per cent respectively. And over 40 per cent of China’s computer and office equipment is made by Taiwanese businesses in China. These Taiwanese investments will likely be the first group of industries to bear the cost of the trade war.

The impact of the trade war will come not only from the United States’ additional tariffs but also from the uncertainties in the global economic outlook and the possibility of new battlefields emerging beyond trade.

In several recent high-profile and high-tech disputes — such as the alleged Supermicro implant case — Taiwanese high-tech firms are accused of partnering with Chinese firms to steal trade secrets or threaten US national security. As high-tech products are becoming the next flashpoint for the US–Chinese rivalry, Taiwan is on high alert for any possible damage that could "overturn" its trust with the United States in this sector. Many institutions, including Taiwan’s central bank, have already lowered their forecasts for 2019. This is the first fan for Taiwan in 2018, reflecting anxiety for Taiwan’s economy.

The second fan is regarding the domestic reform agenda. Taiwanese President Tsai Ing-wen pushed for an extended list of reforms when she took office in May 2016. These issues included establishing a non-nuclear homeland policy by 2025, marriage equality, pension and labor market reforms, and transitional justice. Each of these reforms have been contentious and controversial.

The non-nuclear homeland policy intends to phase out Taiwan’s three existing nuclear power plants by 2025 and substitute these with renewable energy. Many industry officials questioned this policy, fearing that the cost of energy will go up with no guarantee of sufficient supply. Tsai Ing-wen’s pension reform proposed lowering the income substitution rate for retired public servants and military veterans, which would require cuts to pension payments.

Same-sex marriage is also socially controversial. The government’s decision to move forward with the legislation drove many Christian church leaders who traditionally supported Tsai Ing-wen’s party to stand on the other side of the aisle. The non-nuclear homeland policy and same-sex marriage amendment were both overturned in the mid-November referendum that was held in tandem with the local government election. The mid-term election proved to be another setback for Tsai, as her party lost more than half of the mayorship it previously held. This result is unquestionably another major fan for Taiwan in 2018.

Looking ahead, 2019 is likely to be a relatively calm year for Taiwan. This is not because the economy will necessarily perform better or that the US–Chinese trade war will subside. Rather, uncertainties within Taiwan have gradually vanished as political leaders, the economy and society in general have adjusted and adapted to the current political environment. The word "wen" — meaning stable and predictable — may well be the Word of the Year for 2019. 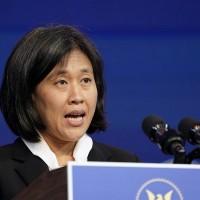