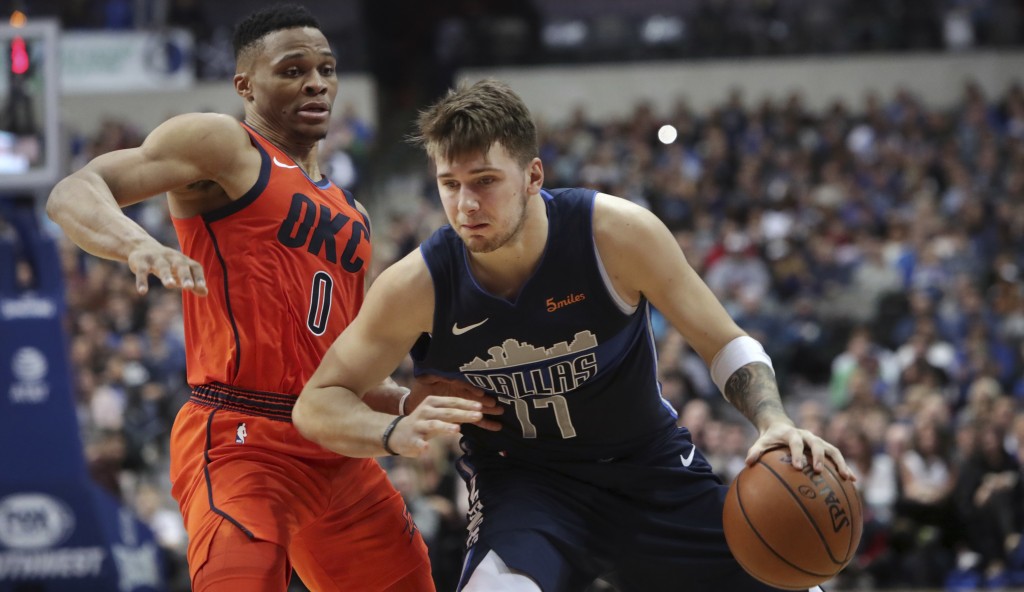 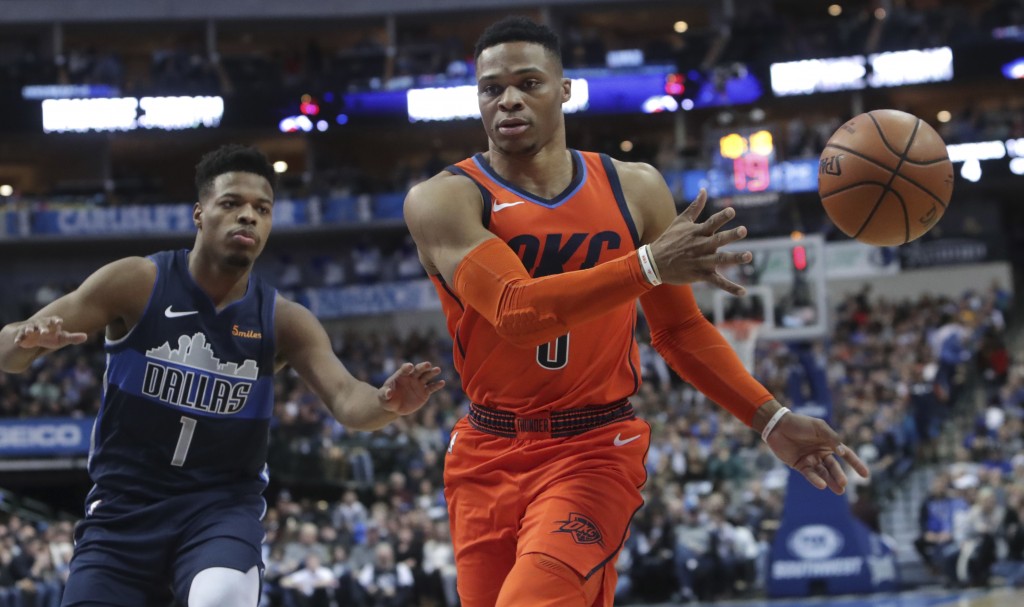 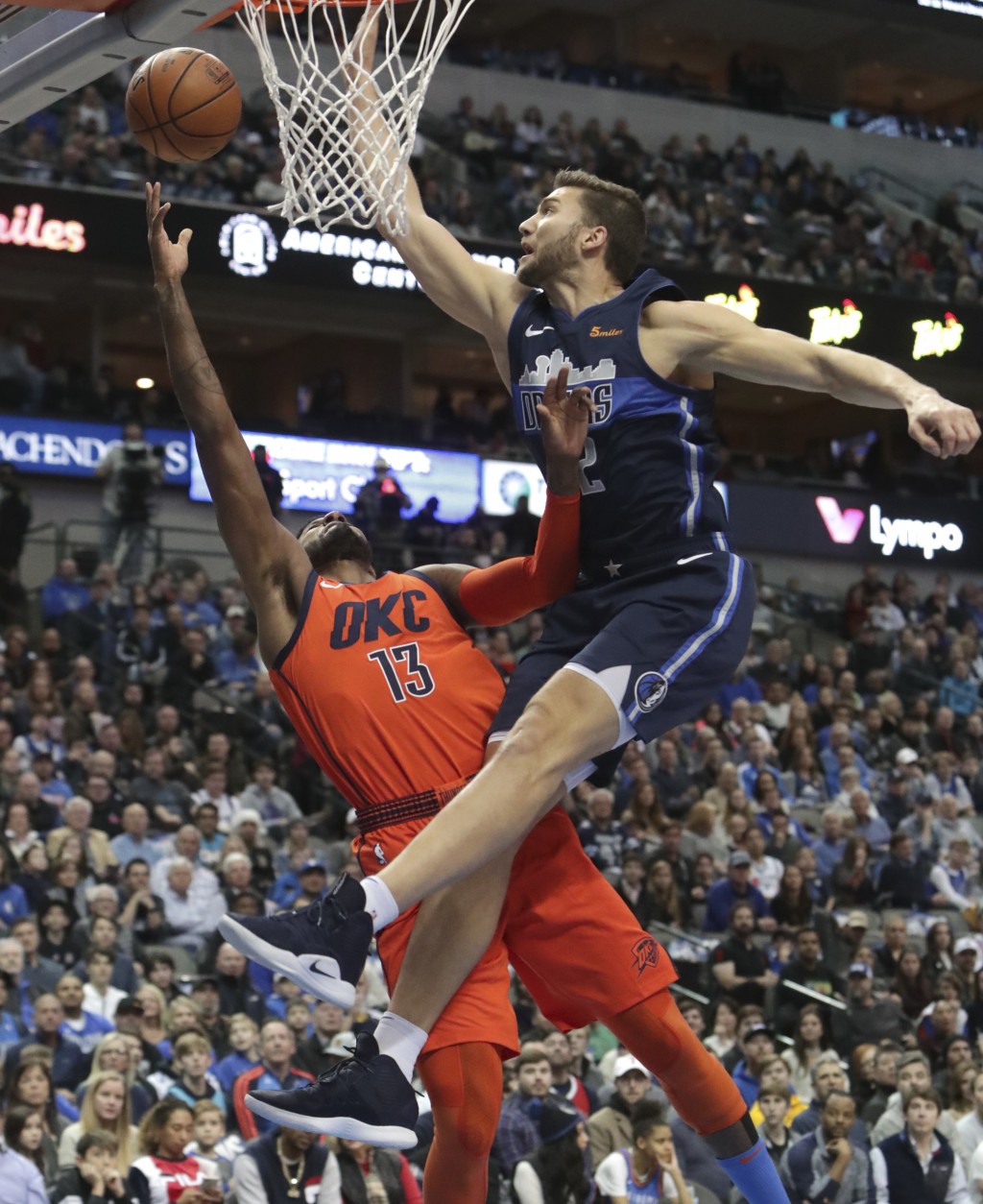 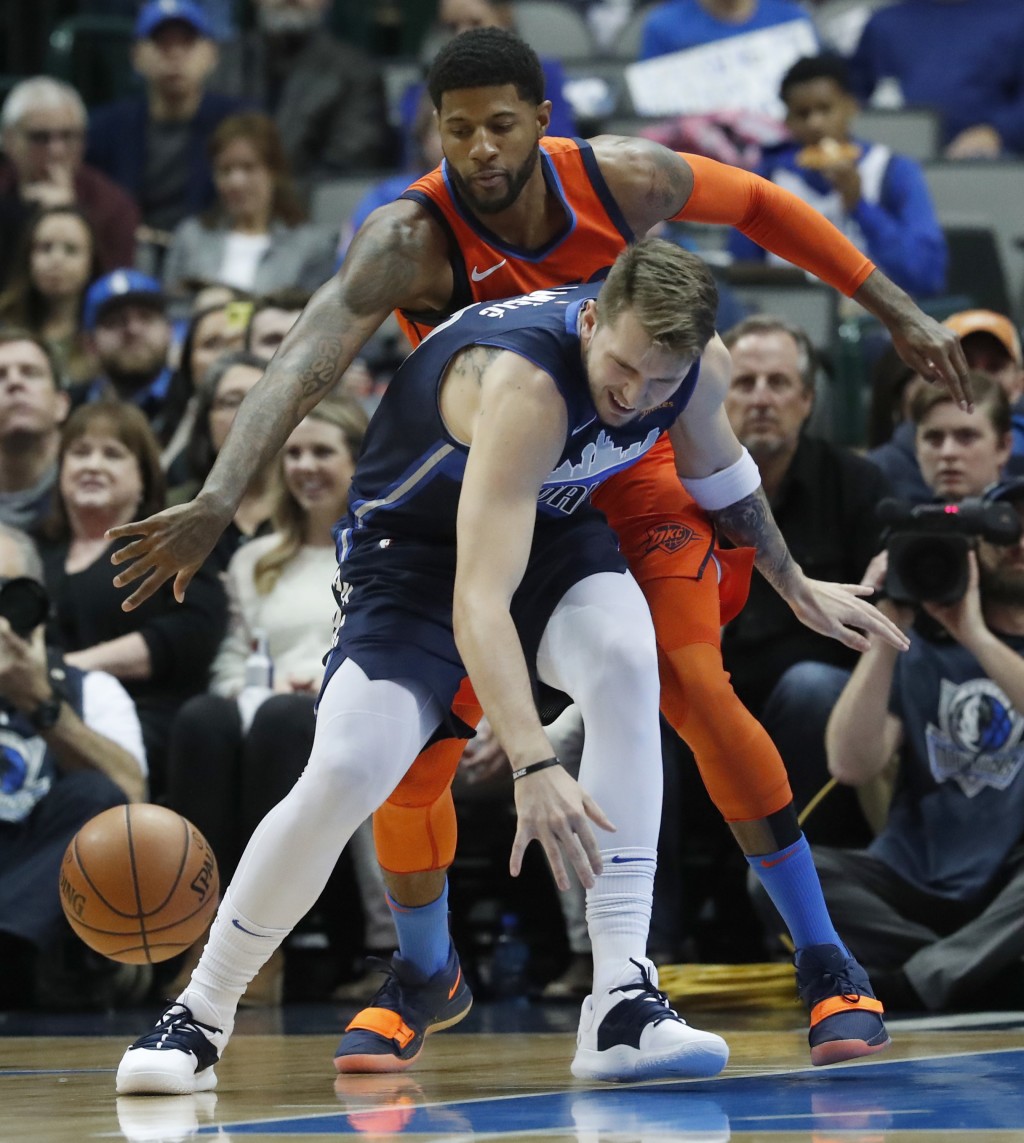 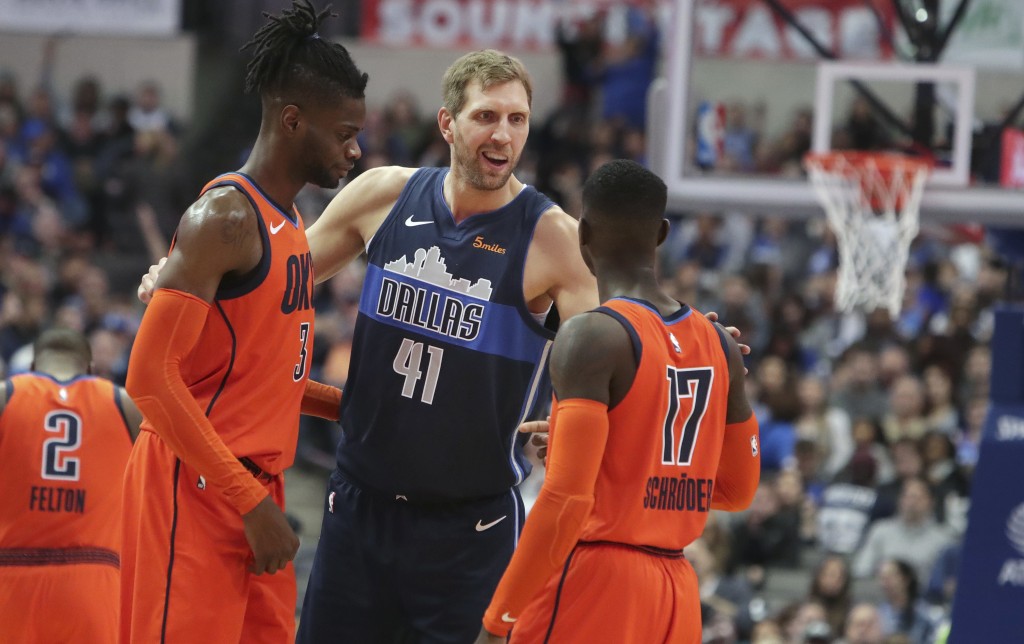 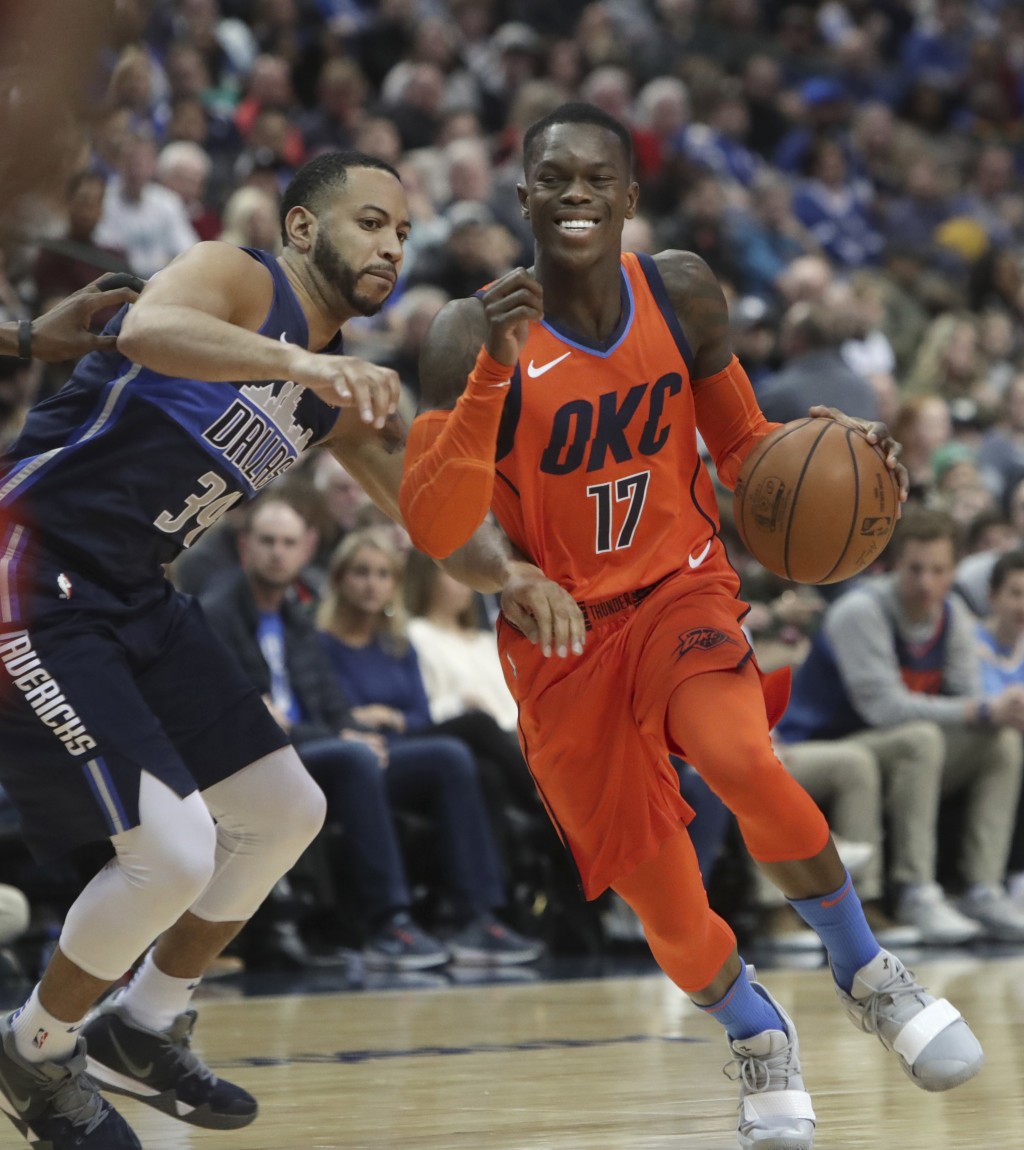 Paul George scored the last 13 points for Oklahoma City and finished with 36, but he missed a pull-up jumper over Smith with 2 seconds left in the first of two straight meetings on back-to-back nights for these regional rivals.

The Thunder still had a chance with 1.7 seconds left, but Russell Westbrook missed a corner 3-pointer at the buzzer to wrap up a rough night for the 2017 MVP. He was 4 of 22 from the field for nine points with nine rebounds and eight assists.

The Thunder led by as many as six in the final two minutes after consecutive 3s from George, but the Mavericks chipped away thanks to missed shots and turnovers by Oklahoma City.

Smith's layup for a 104-103 lead came after he dribbled away from the basket and reversed course to the hoop. The second-year guard who turned 21 last month scored 14 points.

DeAndre Jordan, who had 12 points and 17 rebounds, pulled Dallas to 101-99 with a thunderous dunk. The Thunder turned it over but Westbrook knocked away Harrison Barnes' pass to Doncic. Trailing the play, Jordan grabbed the loose ball and dunked without taking a dribble.

George was 12 of 24 from the field but just 3 of 11 from 3 as the Thunder shot 24 percent from beyond the arc. Westbrook missed all eight of his attempts from long range.

The Mavericks took their first 10-point lead on a 3 from the 19-year-old Doncic while the Thunder went without a field goal for more than six minutes to start the third quarter. The lead reached 13 in the final minute of the third on a 3 from J.J. Barea.

The Dallas lead was gone less than four minutes into the fourth quarter, with Oklahoma City getting even at 86 on a floater from Dennis Schroder, who scored 19 points.

The first of Dirk Nowitzki's six points came on a 3 with 34 seconds left in the first quarter, but the fellow German Schroder hit one in transition 5 second later to finish the scoring in an entertaining first quarter. Oklahoma City led 28-27 after the first.

Thunder: Westbrook got a technical after he didn't get a call on a bump from Maxi Kleber when he drove for a layup that was short. ... Jerami Grant and Patrick Patterson scored 10 points apiece while Steven Adams had nine rebounds and eight points.

Mavericks: Barnes had 16 points, and Dorian Finney-Smith added 10. ... G Wesley Matthews missed his second game with right foot soreness. ... Smith got a technical for complaining going into a timeout about a no-call when Westbrook made contact with his face.

The teams finish a back-to-back against each other Monday in Oklahoma City.