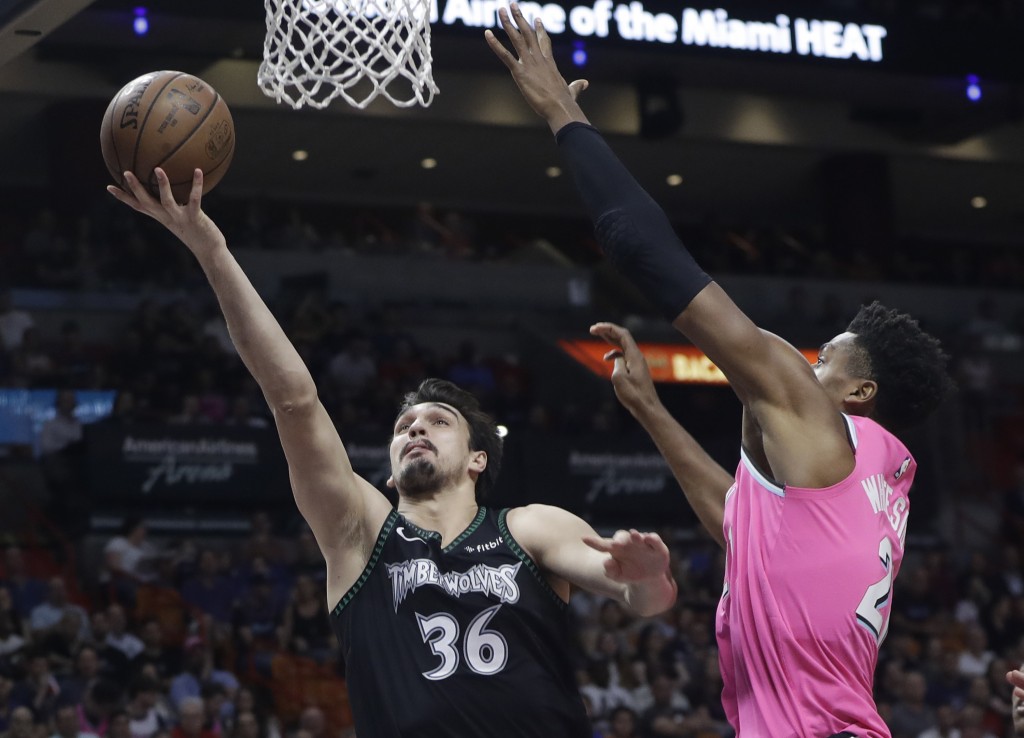 Towns added seven assists and six blocked shots for the Timberwolves. The only other player in NBA history to have that many points, rebounds, assists and blocks in the same game was Kareem Abdul-Jabbar, for the Los Angeles Lakers against Phoenix on Nov. 14, 1975. Abdul-Jabbar had 35 points, 19 rebounds, nine assists and eight blocks in that game.

Danny Green and Fred VanVleet each scored 10 points as the Raptors bounced back from their largest defeat of the season, a 29-point loss at Orlando on Friday.

Lauri Markkanen had 18 points and 10 rebounds and Wendell Carter Jr. had 16 points and 11 rebounds for the Bulls, who didn't score for the first 3:19 of the fourth quarter.

Chicago's Zach LaVine fouled out with 13 points. It was a poor shooting night for LaVine, who went 3 for 17, including 0 for 3 from 3-point range.

Kris Dunn scored 14 points, and Justin Holiday and Chandler Hutchison each had 11 as the Bulls fell to 5-8 under coach Jim Boylen.

ORLANDO, Fla. (AP) — Evan Fournier's running jumper in the lane as the buzzer sounded gave Orlando a win over Detroit.

D.J. Augustin led the Magic with 26 points and eight assists, and Nikola Vucevic and Aaron Gordon each scored 22 points. Fournier finished with 13.

Luke Kennard scored 16 points to lead the Pistons. Reggie Bullock and Blake Griffin had 15 apiece and Andre Drummond had 14 points and 15 rebounds.

Fournier's winning basket ended a wild finish in which Detroit wiped out an eight-point deficit in the final three minutes only to lose for the 11th time in their last 14 games.