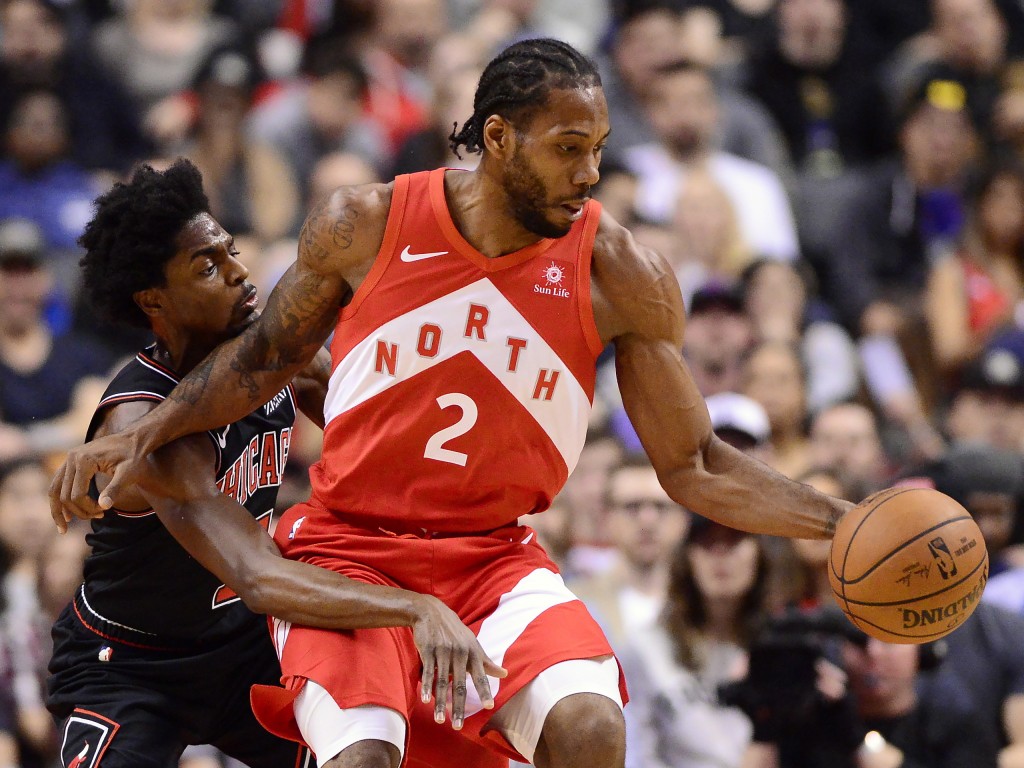 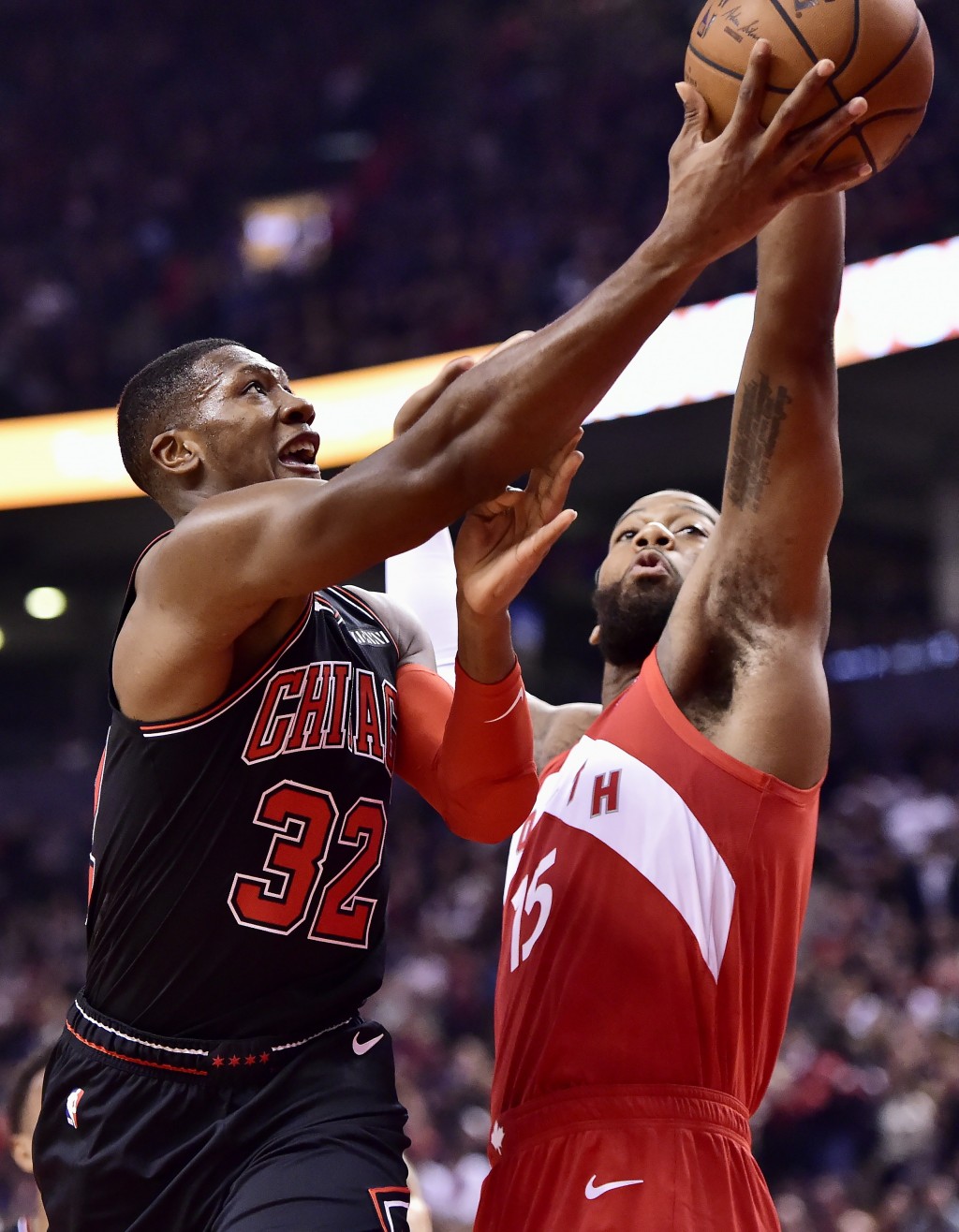 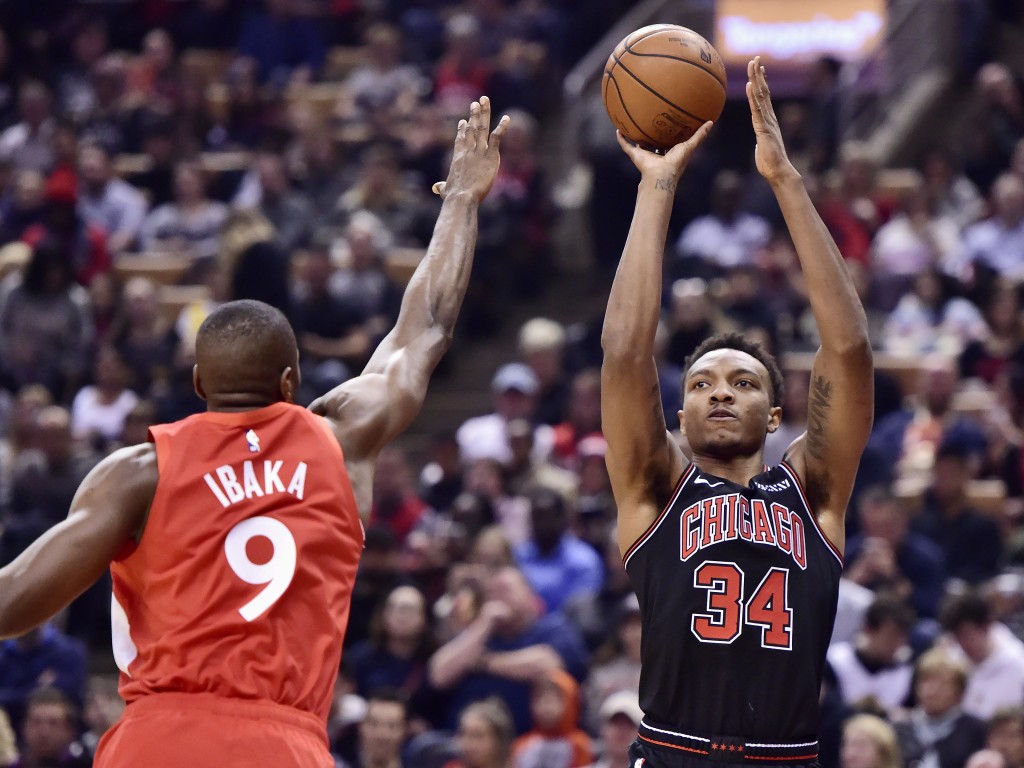 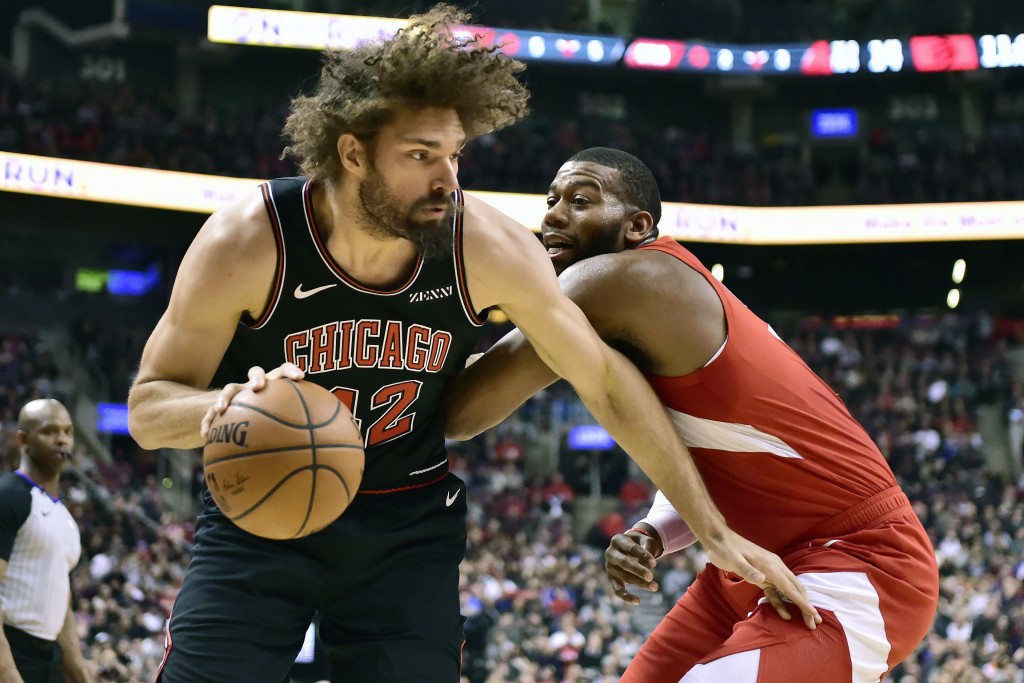 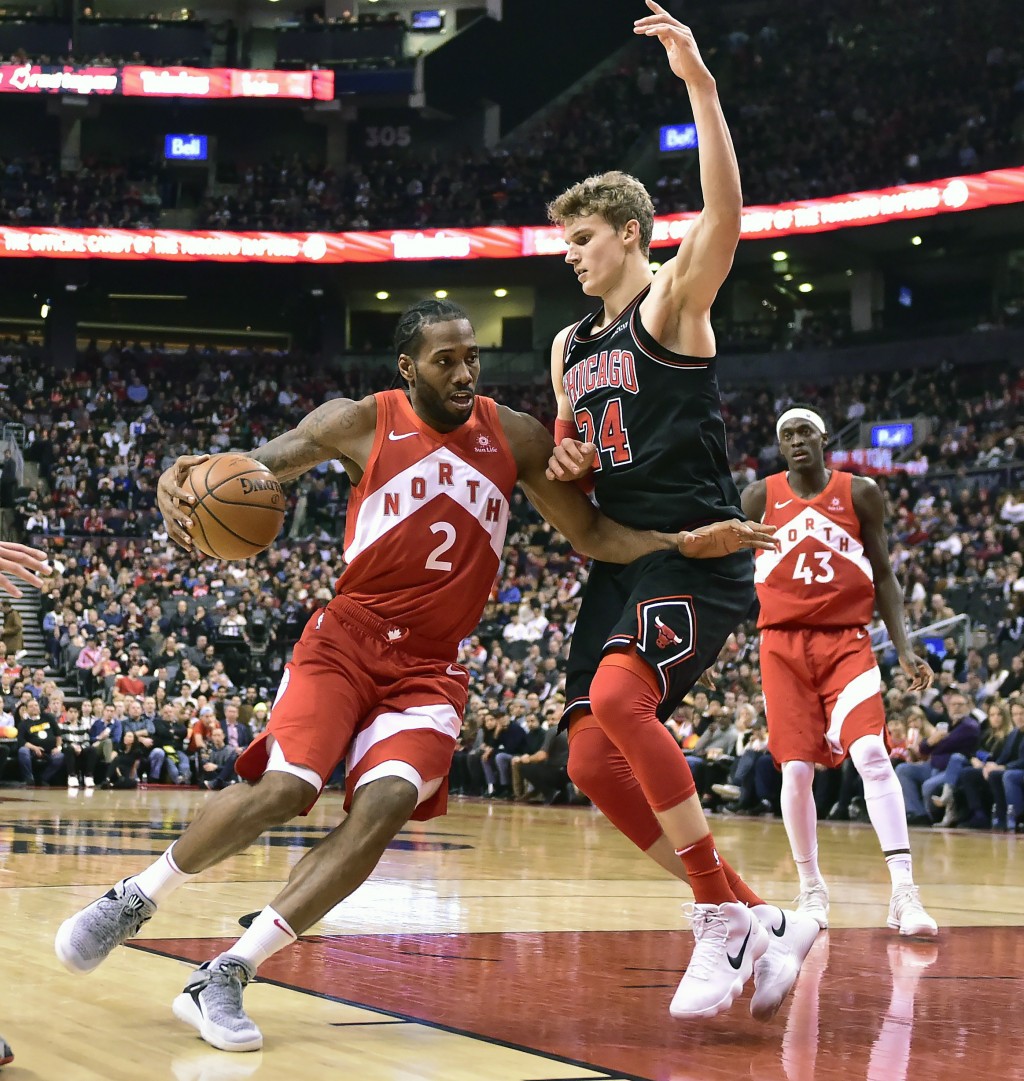 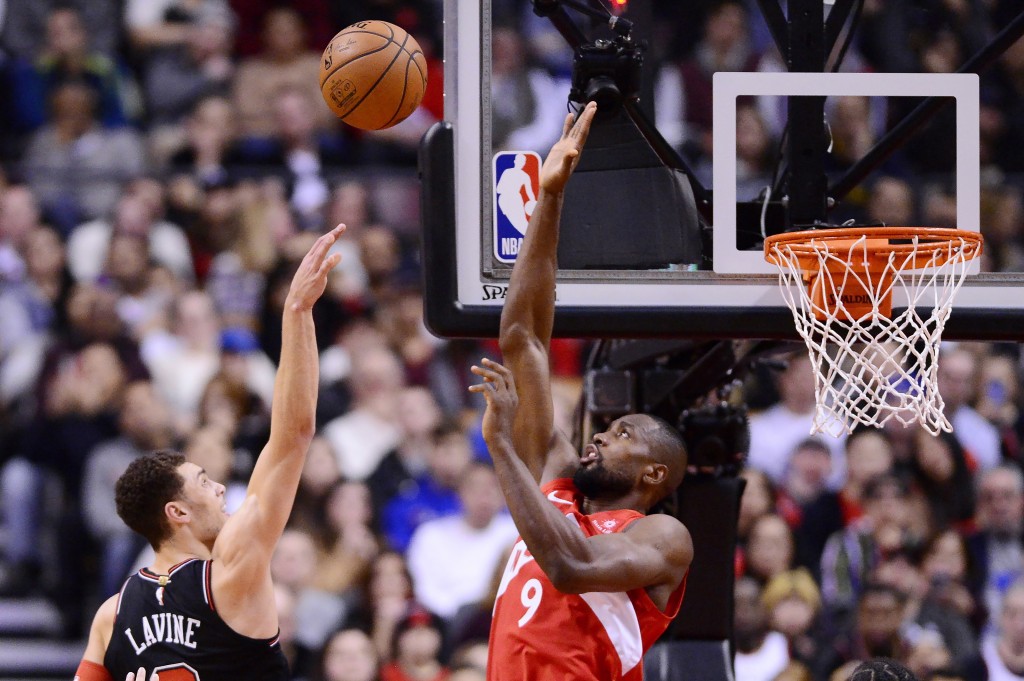 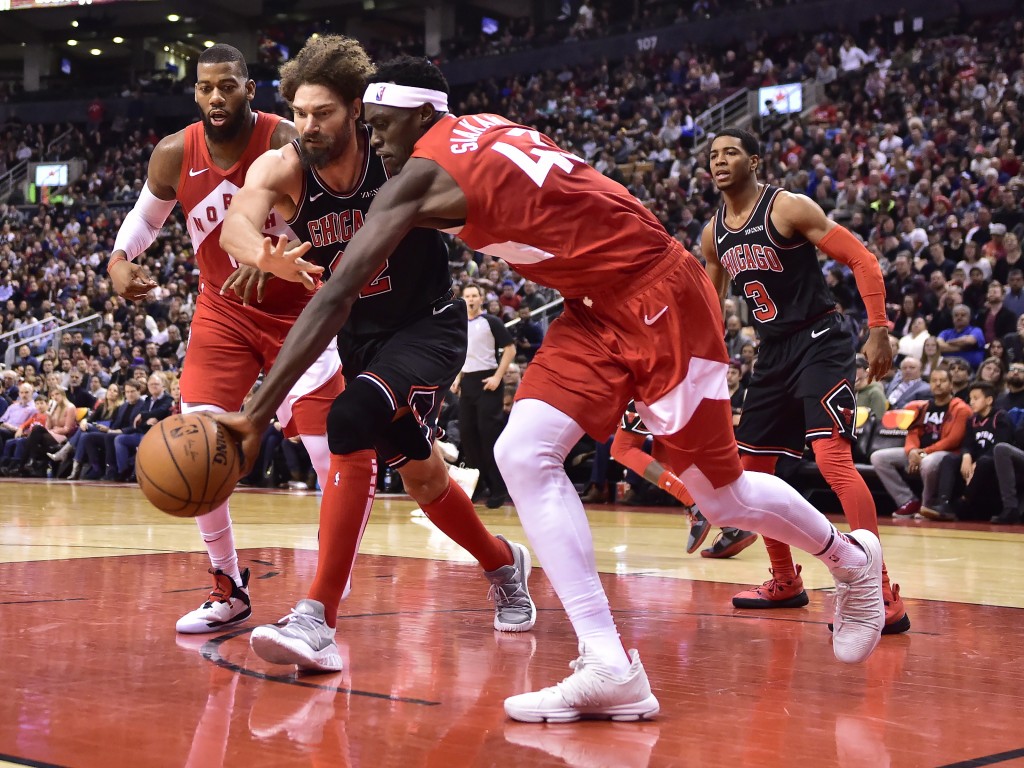 Danny Green and Fred VanVleet each scored 10 points as the Raptors bounced back from their largest defeat of the season, a 29-point loss at Orlando on Friday.

Lauri Markkanen had 18 points and 10 rebounds and Wendell Carter Jr. had 16 points and 11 rebounds for the Bulls, who didn't score for the first 3:19 of the fourth quarter.

Chicago's Zach LaVine fouled out with 13 points. It was a poor shooting night for LaVine, who went 3 for 17, including 0 for 3 from 3-point range.

Kris Dunn scored 14 points, and Justin Holiday and Chandler Hutchison each had 11 as the Bulls fell to 5-8 under coach Jim Boylen.

Raptors guard Kyle Lowry (sore lower back) sat for the seventh time in eight games. Toronto is 5-3 without the four-time All-Star.

Carter ended Chicago's drought with a hook shot at 8:41. Chicago missed 12 of its first 15 shots in the final quarter.

Markkanen's 3 at 1:21 brought Chicago within 85-82, but Leonard answered with a pair of free throws. After a missed shot by Dunn, Siakam was fouled and made a pair, giving Toronto an 89-82 advantage with 25 seconds to go.

Toronto outscored the Bulls 13-2 in fast-break points and scored 21 points off 18 Chicago turnovers.

Toronto missed 11 of its first 14 shots and matched a season-low for points in a quarter in dreary opening frame. Holiday scored six points for Chicago and the Bulls led 20-14 after one quarter.

Bulls: Chicago matched a season-low for opponent's points in the first half. ... F Bobby Portis missed his fifth straight game because of a sprained right ankle.

Raptors: Coach Nick Nurse said Lowry is recovering and should be able to return soon. Lowry also missed time with a bruised hip during this stretch of absences. ... VanVleet snapped a streak of 16 consecutive missed shots with a fast break layup in the third. VanVleet missed his final eight attempts in Friday's loss to the Magic. ... Toronto went 8-7 in December.