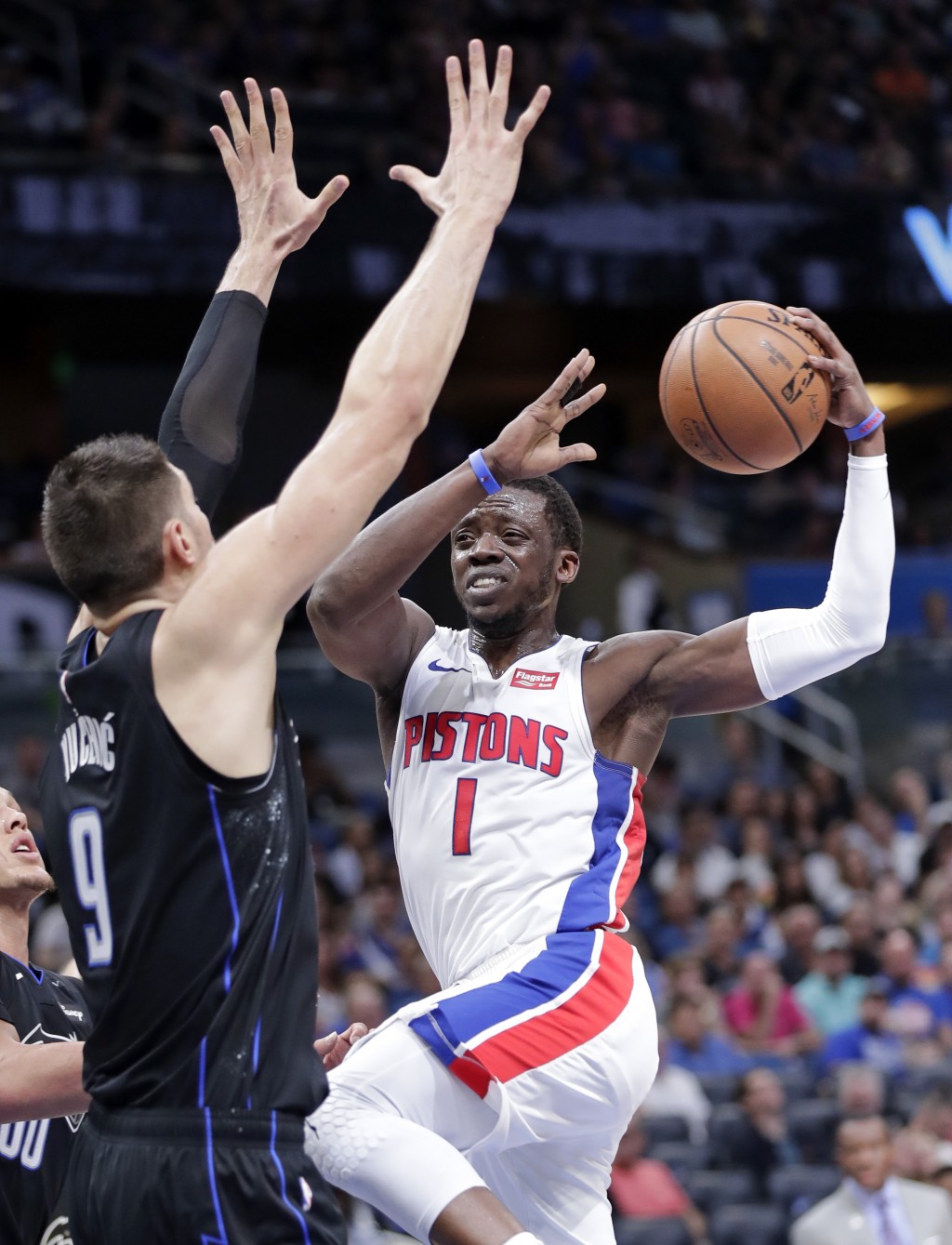 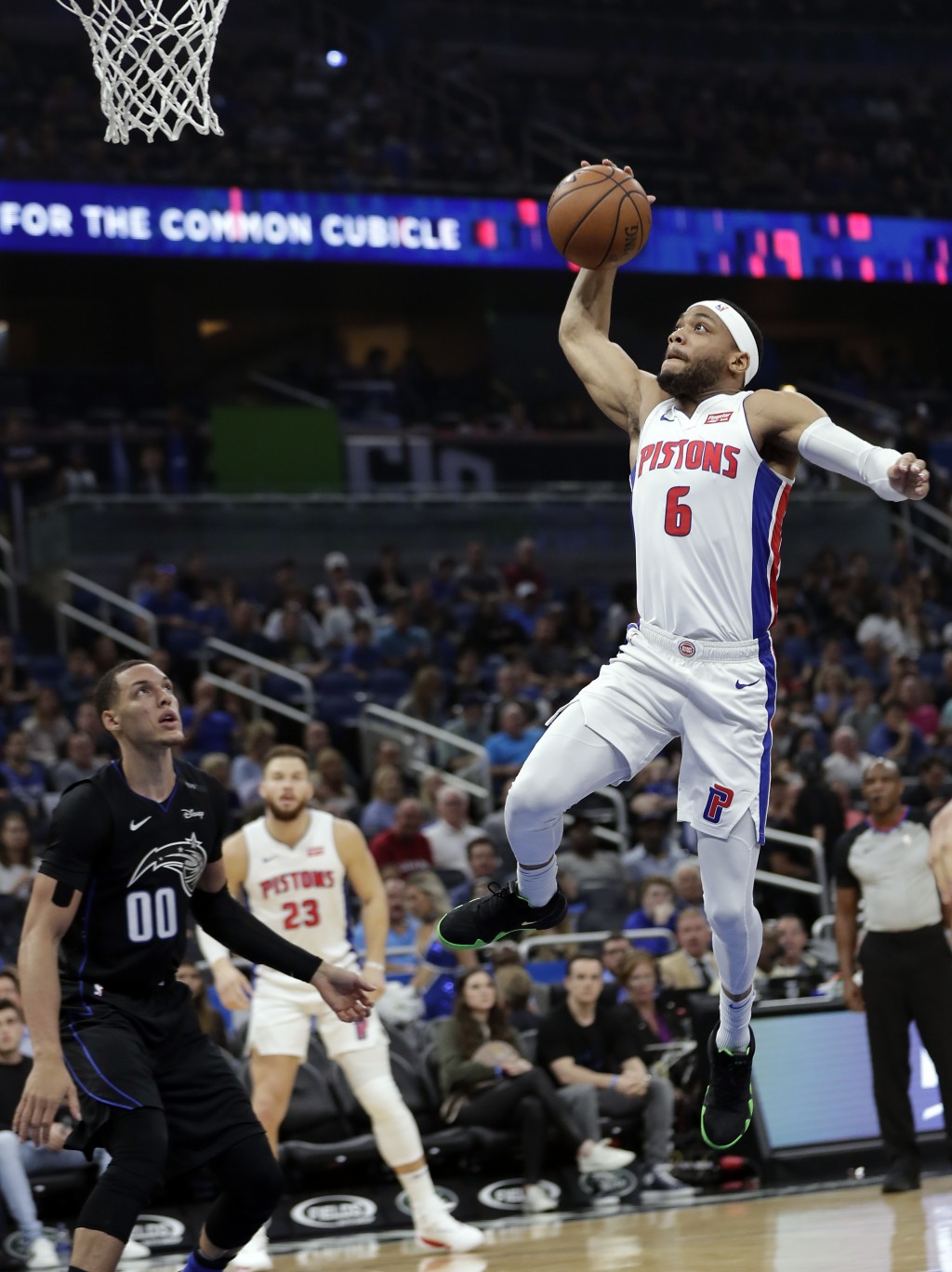 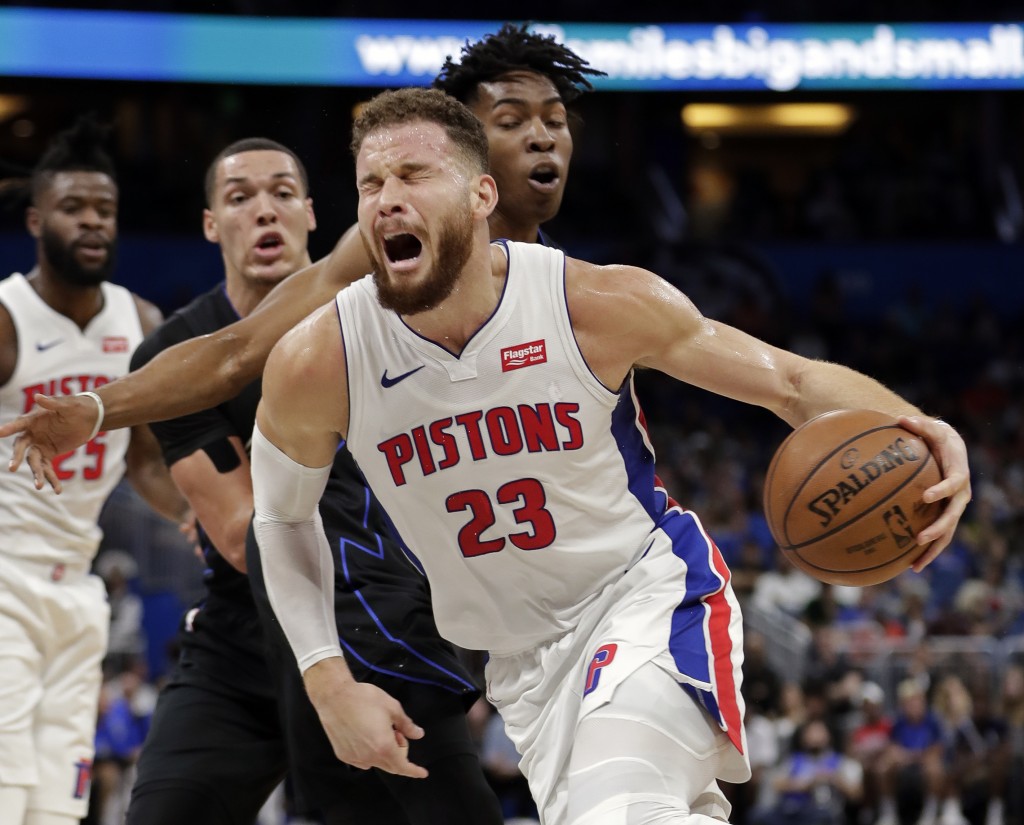 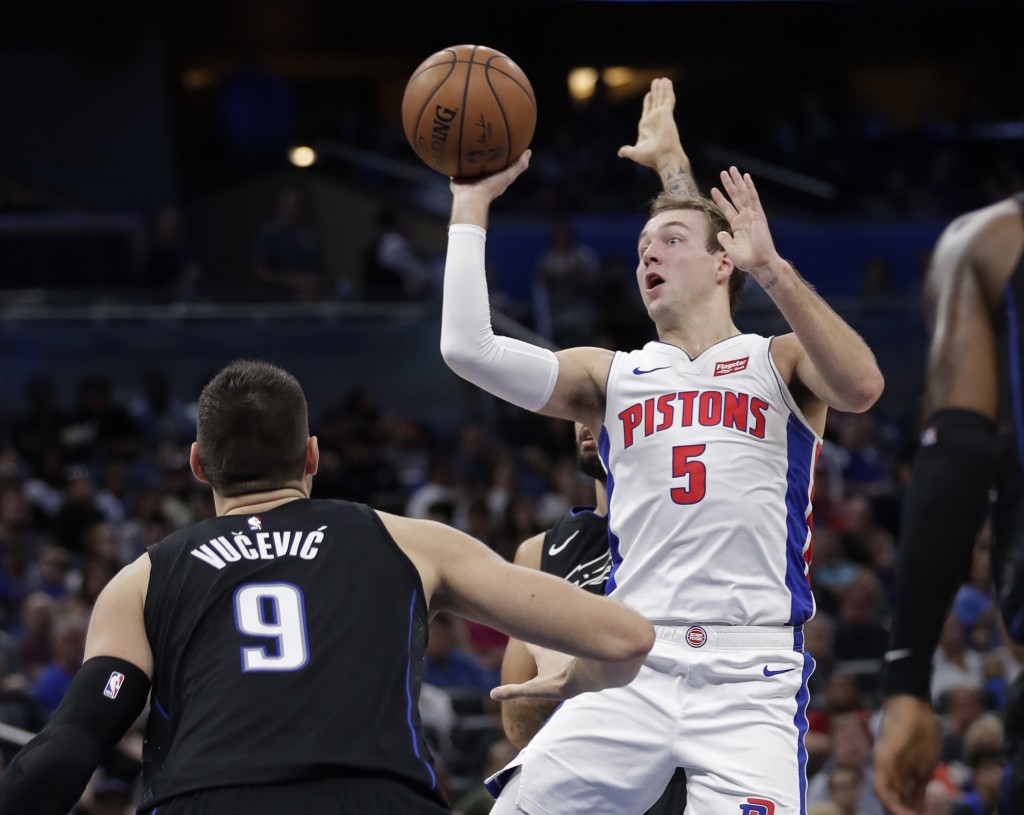 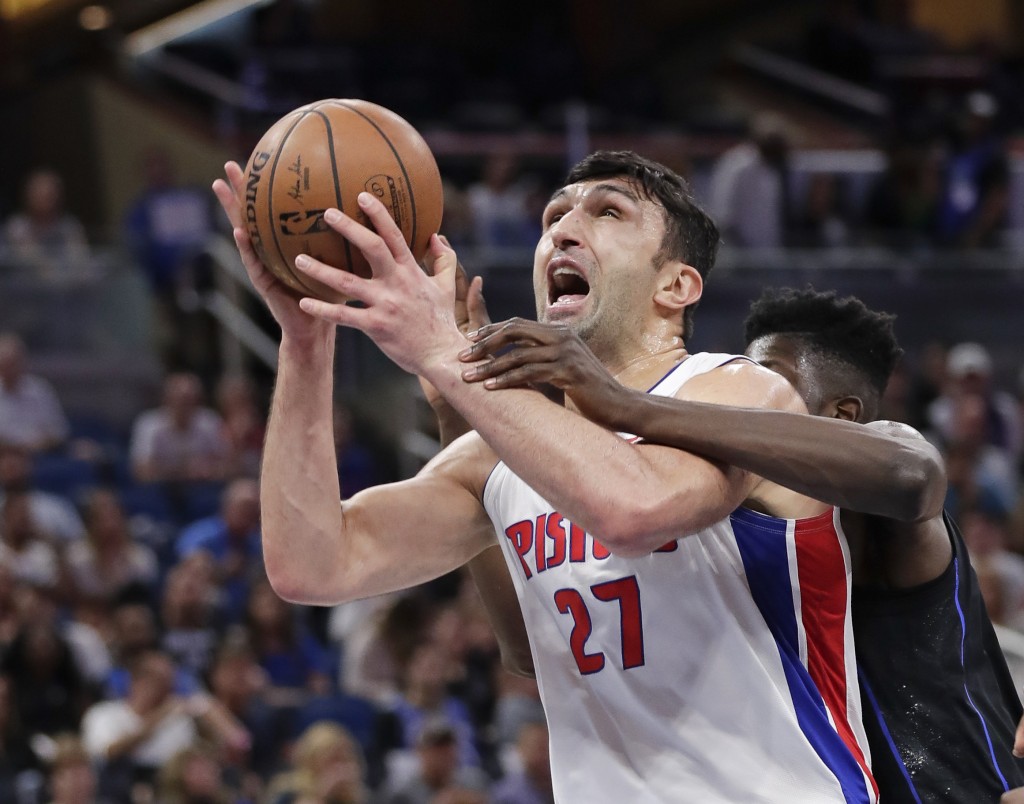 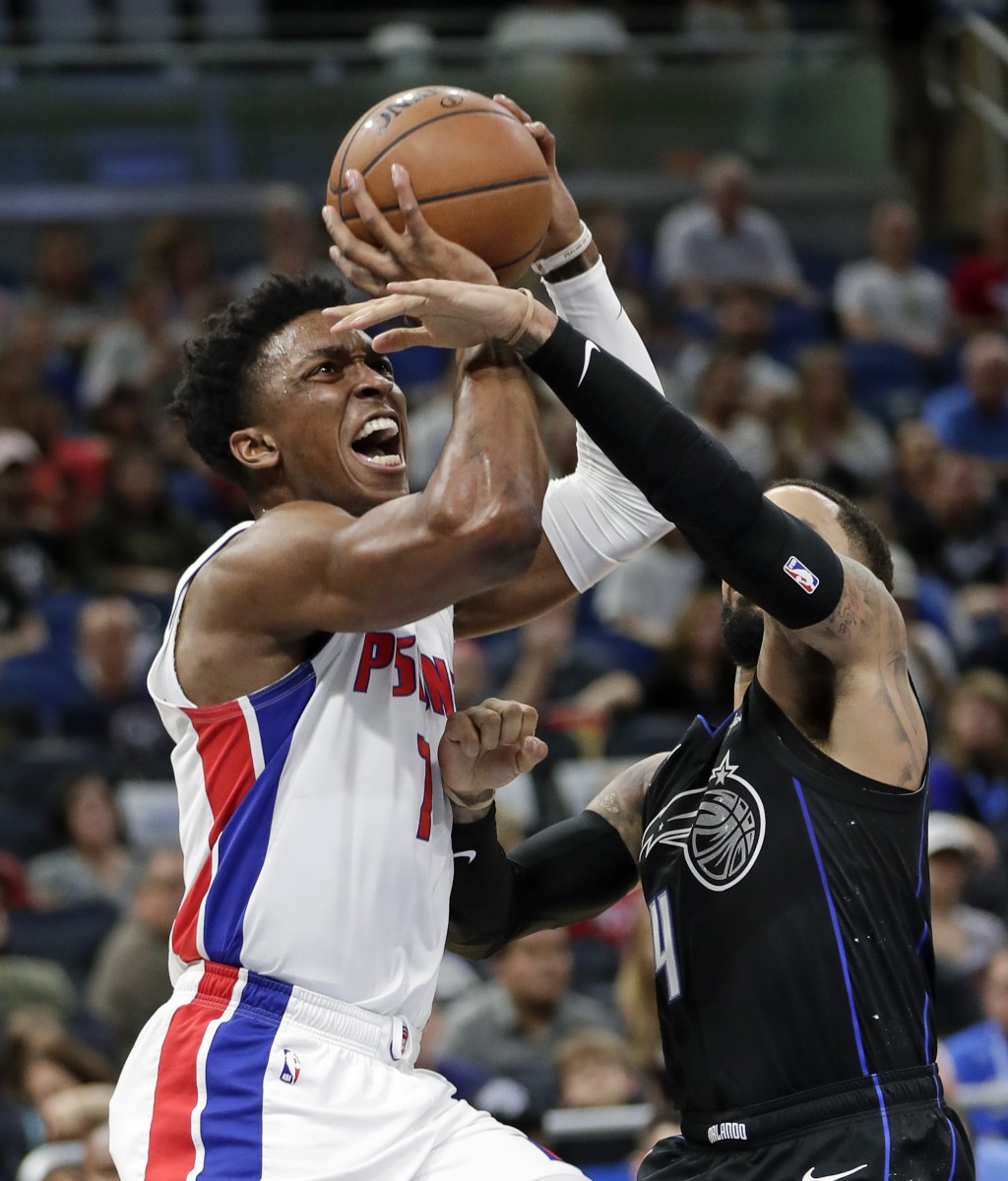 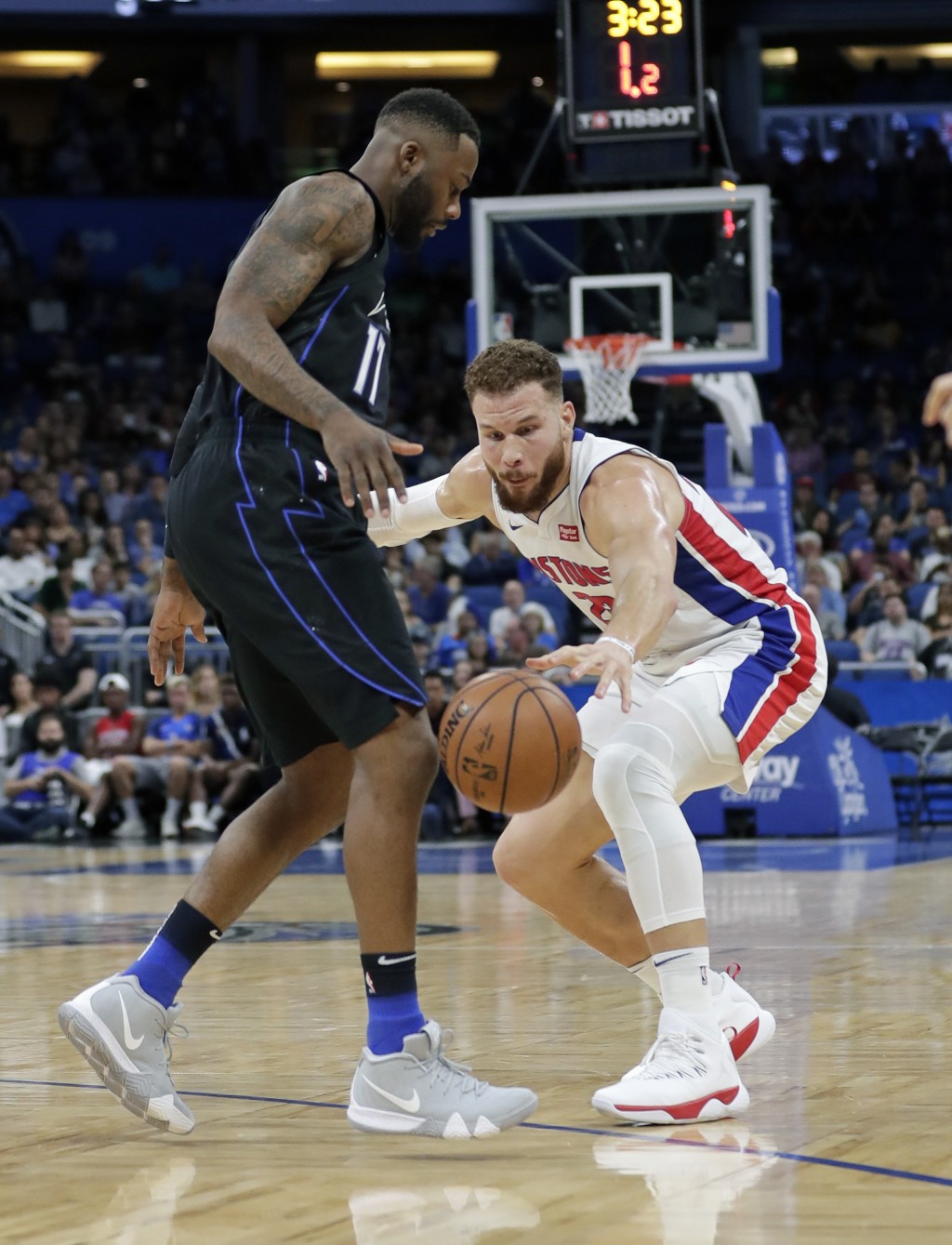 ORLANDO, Fla. (AP) — Evan Fournier's running jumper in the lane as the buzzer sounded gave the Orlando Magic a 109-107 win over the Detroit Pistons on Sunday.

D.J. Augustin led the Magic with 26 points and eight assists, and Nikola Vucevic and Aaron Gordon each scored 22 points. Fournier finished with 13.

Luke Kennard scored 16 points to lead the Pistons. Reggie Bullock and Blake Griffin had 15 apiece and Andre Drummond had 14 points and 15 rebounds.

Fournier's winning basket ended a wild finish in which Detroit wiped out an eight-point deficit in the final three minutes only to lose for the 11th time in their last 14 games.

Neither team led by more than six points in the second half until Augustin sparked an 8-0 run with back-to-back 3-pointers and fed Jonathan Isaac for a fastbreak layup that gave Orlando a 95-87 lead with 7:07 left in the game.

Later in the quarter, Augustin stole a rebound from Drummond, drove the lane and whipped a wraparound pass to Vucevic for an uncontested layup that made it 104-95 with 3 1/2 minutes to go.

Detroit rallied quickly, getting 3-pointers from Bruce Brown and Bullock. A layup by Reggie Jackson cut the deficit to 105-104 with 8.9 seconds remaining.

Terrence Ross got loose for a breakway dunk with 5.4 seconds to go but Bullock was fouled on a 3-point attempt by Orlando's Jerian Grant with 2.5 seconds and made all three free throws to tie the game at 107.

Fournier took the inbounds pass and immediately drove into the lane, lofting his shot just before the buzzer sound to give Orlando its second straight win.

Pistons: Detroit came into the game off a season-worst 37-point loss to Indiana. ... Detroit is No. 1 in offensive rebounding advantage over opponents with a plus-110 margin coming in. The Pistons added to that, grabbing 17 rebounds to 10 for the Magic. ... Griffin took a nasty fall when he slipped on a wet floor while trying to inbound the ball after a turnover. Griffin lay on the floor for 15 seconds before getting up and continuing play.

Magic: PG D.J. Augustin badly sprained his ankle after stepping on Griffin's foot with 1:44 left in the game, but stayed in the game. ... Orlando came in off as season-best 29-point win over Toronto. ... F Jonathon Simmons left the game in the second quarter with an ankle injury and did not return. ... The Magic outscored the Pistons 22-8 in points in the paint in the first quarter.