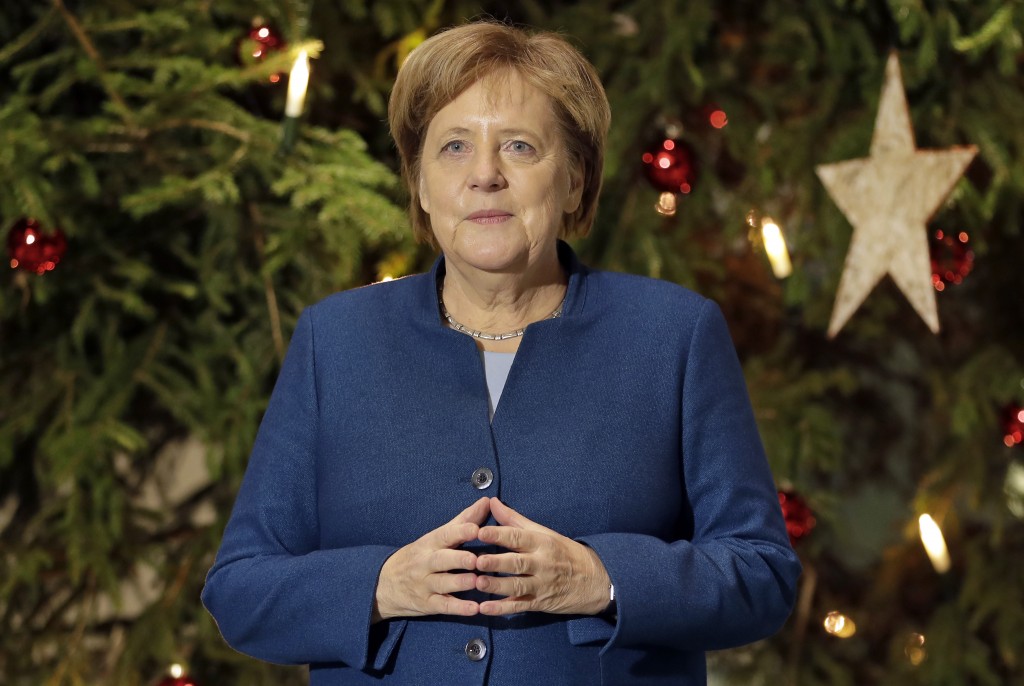 BERLIN (AP) — Chancellor Angela Merkel says Germany will keep pushing for global solutions to challenges in 2019 and also has to take greater responsibility in the world.

Closing a politically turbulent 2018, Merkel acknowledges in her New Year's message that many Germans "struggled" with her fourth-term government, which took office in March and soon had its image badly marred by infighting.

The German leader says she set the stage for a "new beginning" in late October, when she announced she wouldn't seek a fifth term as chancellor.

Merkel devoted a significant part of her message to defending a multilateral approach to global problems. Germany starts a two-year stint on the U.N. Security Council on Jan. 1.

Her office released a text of the message ahead of a scheduled Monday broadcast.