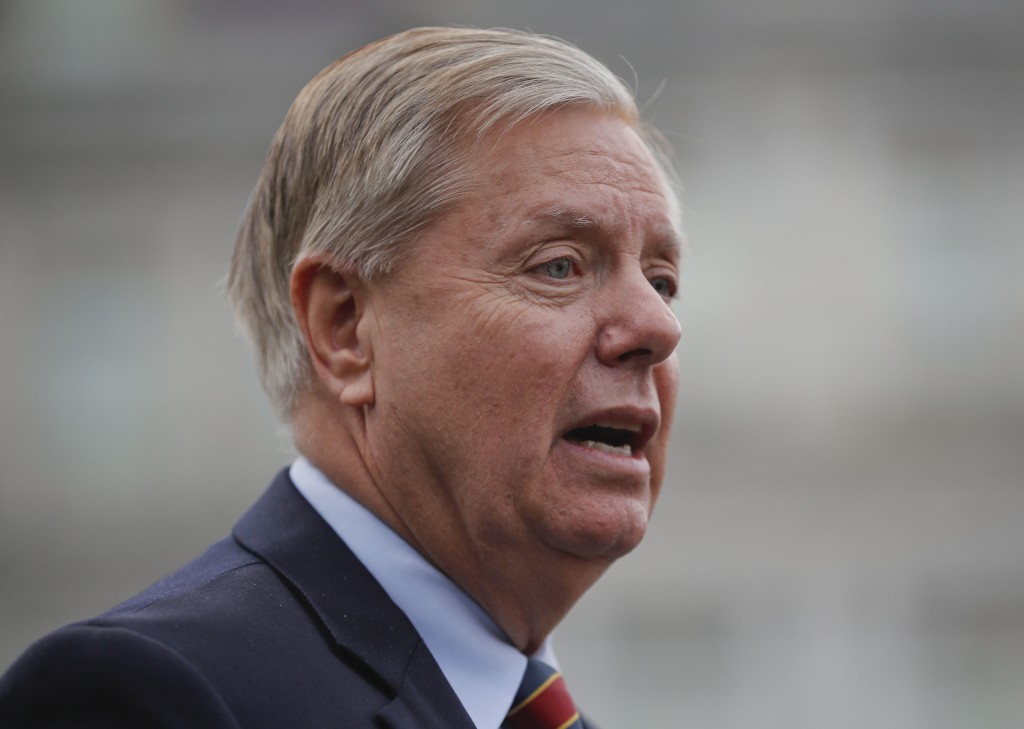 Speaking after lunch Sunday with Trump, the South Carolina Republican described the slowdown as "a pause situation" and said, "I think we're slowing things down in a smart way."

Graham had been an outspoken critic of Trump's announced withdrawal of about 2,000 troops from war-torn Syria. Trump had declared victory over the Islamic State group in Syria, though pockets of fighting remain.

Trump's announcement earlier this month shocked lawmakers and American allies, including Kurds who have fought alongside the U.S. against the Islamic State group and face an expected assault by Turkey.

National security adviser John Bolton will travel to Israel and Turkey next weekend to discuss the president's plans.