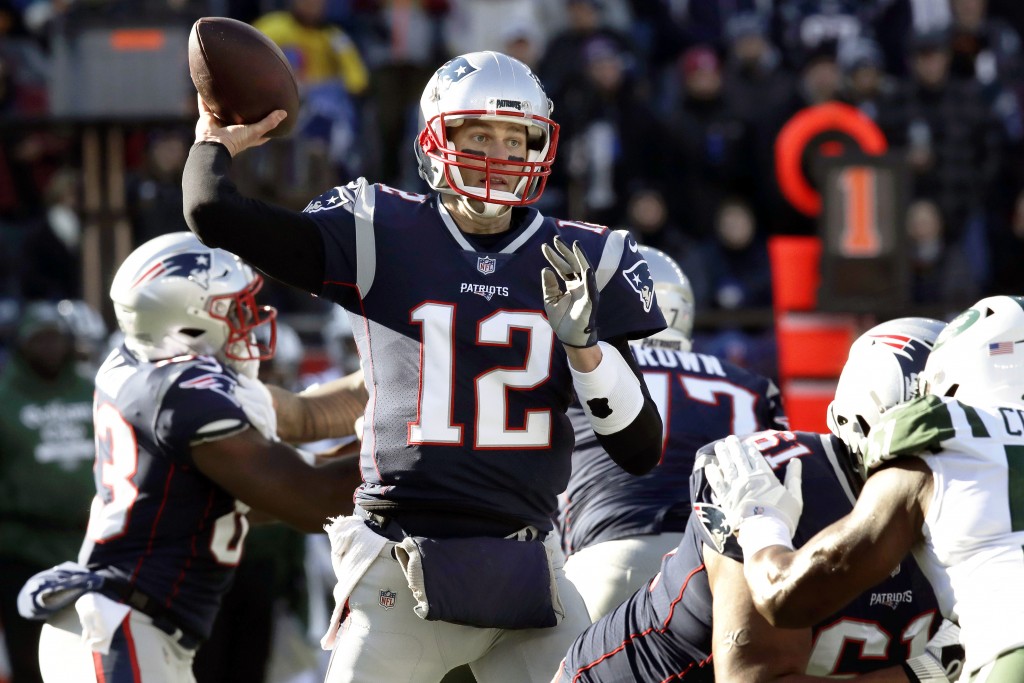 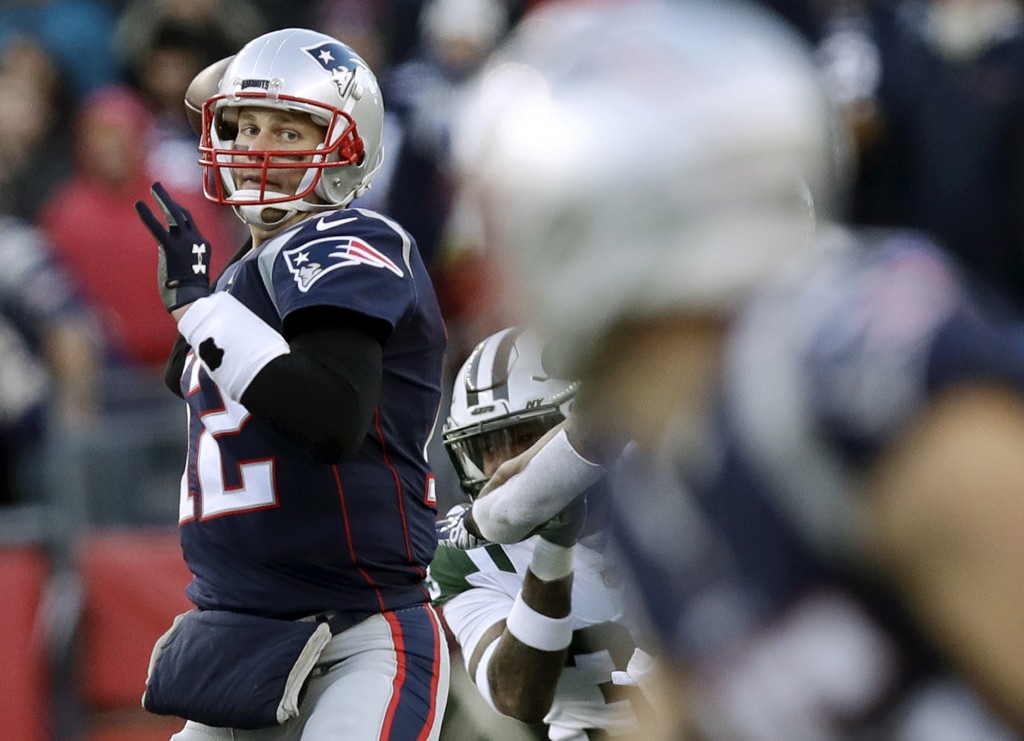 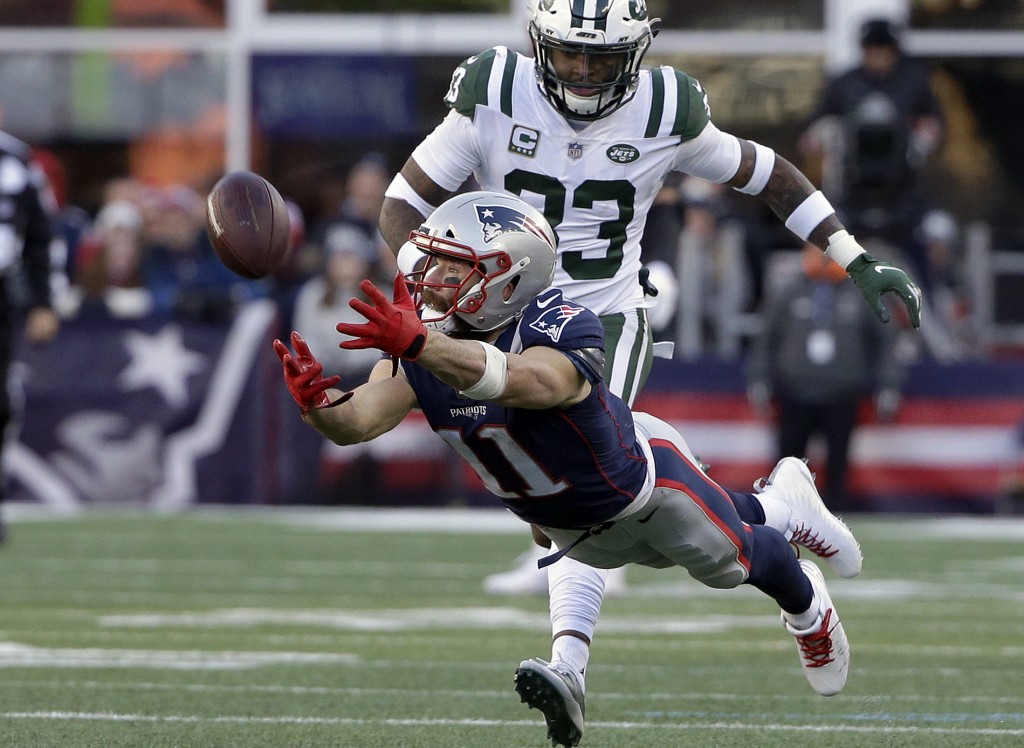 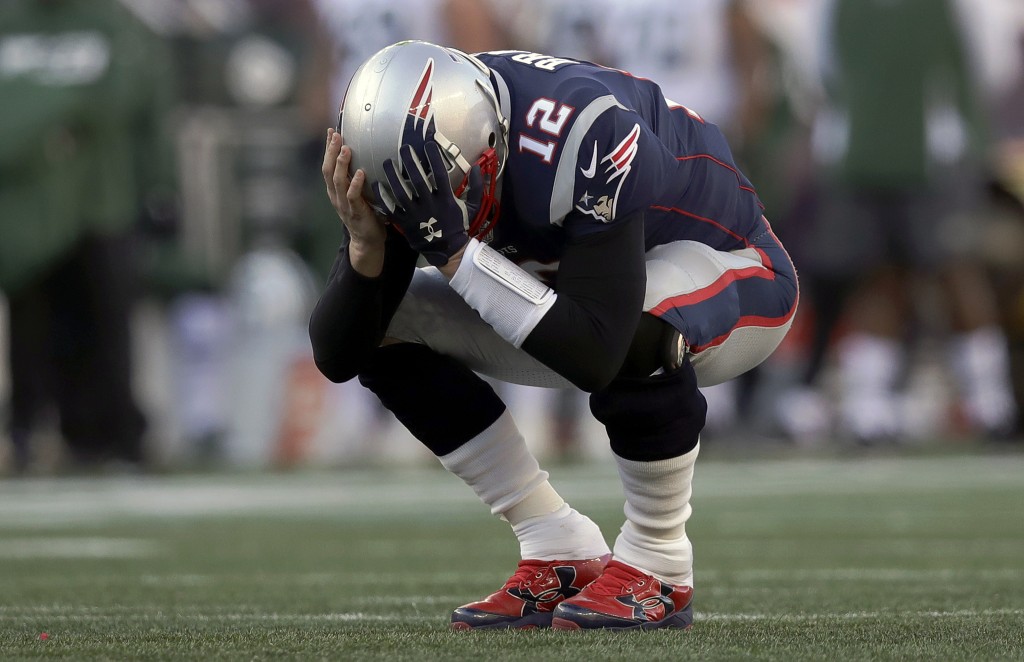 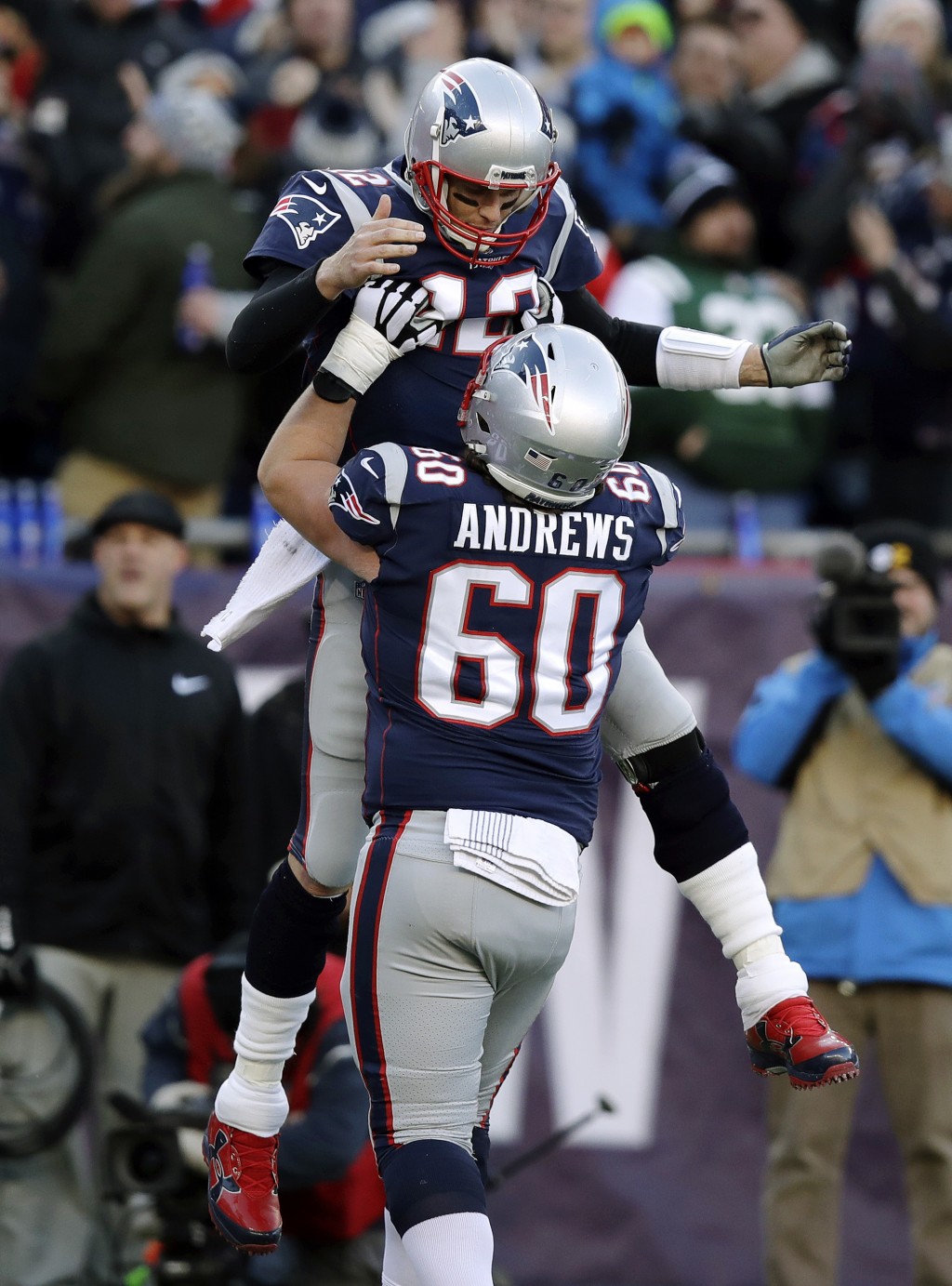 FOXBOROUGH, Mass. (AP) — Tom Brady threw for three first-half touchdowns and the New England Patriots clinched their ninth straight first-round bye in the playoffs on Sunday with a 38-3 victory over the New York Jets.

The Patriots (11-5) finished the season undefeated at home, and they guaranteed themselves at least one playoff game in Foxborough. New England could still earn the No. 1 seed in the AFC if both Kansas City and the Los Angeles Chargers lose later Sunday.

In what could be the final game for Jets coach Todd Bowles, New York (4-12) lost for the ninth time in 10 games. Rookie Sam Darnold, who had been playing well since returning from a foot injury, completed 16 of 28 passes for 167 yards, but he also had a fumble that gave New England a touchdown.

Brady completed 24 of 33 passes for 250 yards and four scores overall, bouncing back from his worst performance since 2006 — a 48.3 passer rating in a 24-12 win over Buffalo. After punting on their first possession, the Patriots scored on three straight drives.

Brady hit James White for a 17-yard TD late in the first quarter, and then connected with Rex Burkhead early in the second. After Elijah McGuire fumbled on the Jets' first play of the second quarter, Devin McCourty picked it up and ran it 14 yards to the 8.

Five plays later, Brady rolled right and found Phillip Dorsett in the back of the end zone to make it 21-3. New England opened a 28-3 lead in the third quarter when defensive lineman Adam Butler knocked the ball out of Darnold's arm as he raised it to throw; Kyle Van Noy picked it up and ran 46 yards for the score.

Darnold had strung together three solid games before Sunday's dud.

The No. 3 overall draft pick had completed 66 percent of his passes, with six touchdowns and just one interception, in the three games since he returned from a foot injury. But he won just one of them.

The Patriots earned their 13th playoff bye since 2001. ... They are the only team that went undefeated at home this season. It's their seventh time since 2002. ... They scored more than 400 points for the 12th straight season, extending their record. ... The ninth straight playoff bye also extended a record; Dallas and San Francisco (1992-95) and Denver (2012-15) went four straight. ... It was the 500th regular-season victory in franchise history. ... The ninth straight 11-win season is also a record; Indianapolis had seven from 2003-09. ... Coach Bill Belichick's 16th 11-win season is the most in history (Don Shula had 13). ... Brady threw for four touchdowns for the 29th time in his career, third-most all-time. He also threw for his 6,000th career completion. ... Stephen Gostkowski had a field goal and five extra points to move into 12th on the NFL's all-time scoring list, passing Norm Johnson with 1,743 points in his career.

Patriots' DB Devin McCourty sustained a head injury early in the third quarter and left the game. LB Dont'a Hightower and S Patrick Chung were also injured on the play but they returned within a few plays.

Jets: Finished with five or fewer wins for the third straight season.

Patriots: Will host the winner of a wild-card game on weekend of Jan. 12-13.