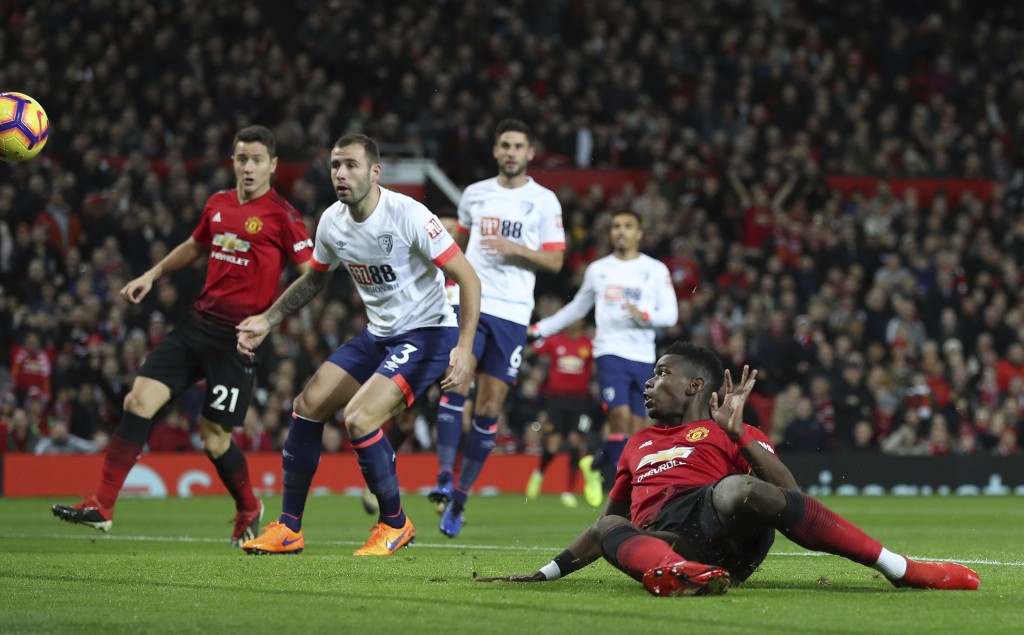 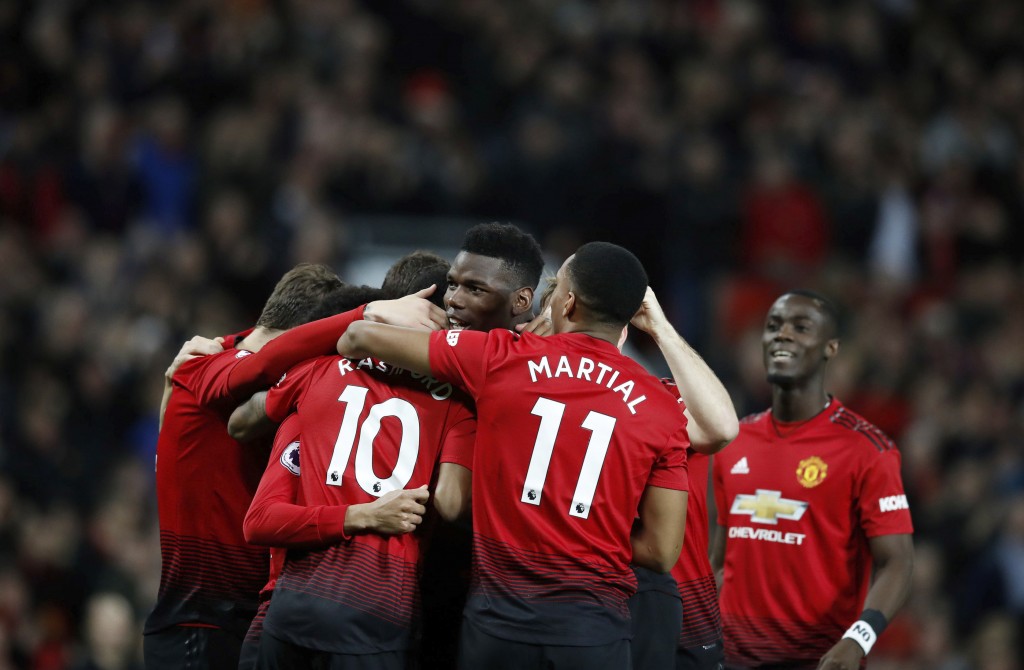 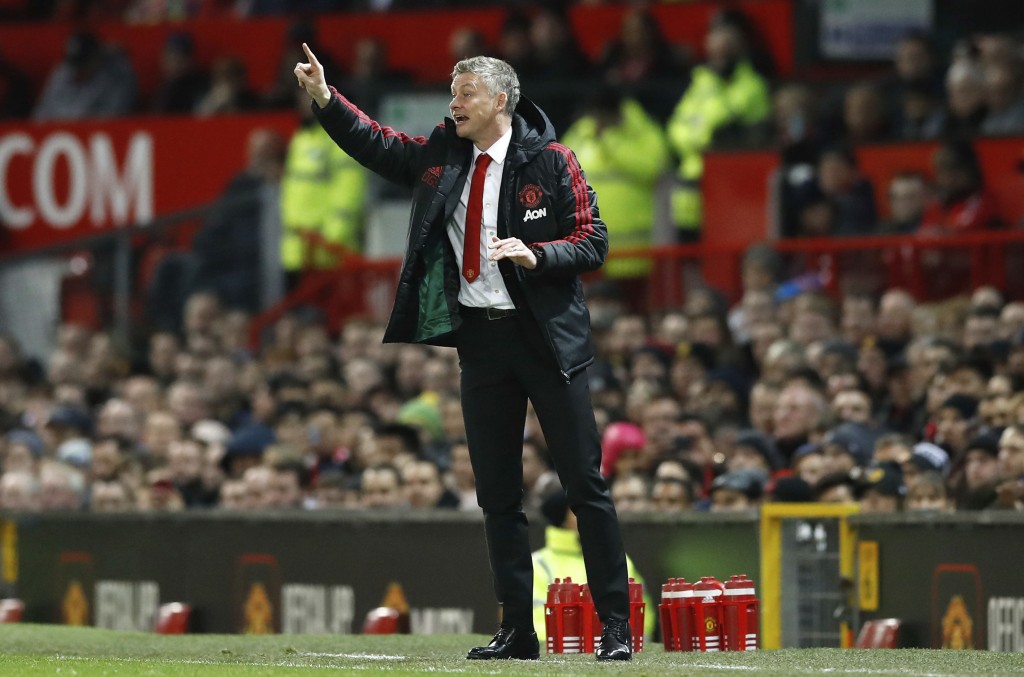 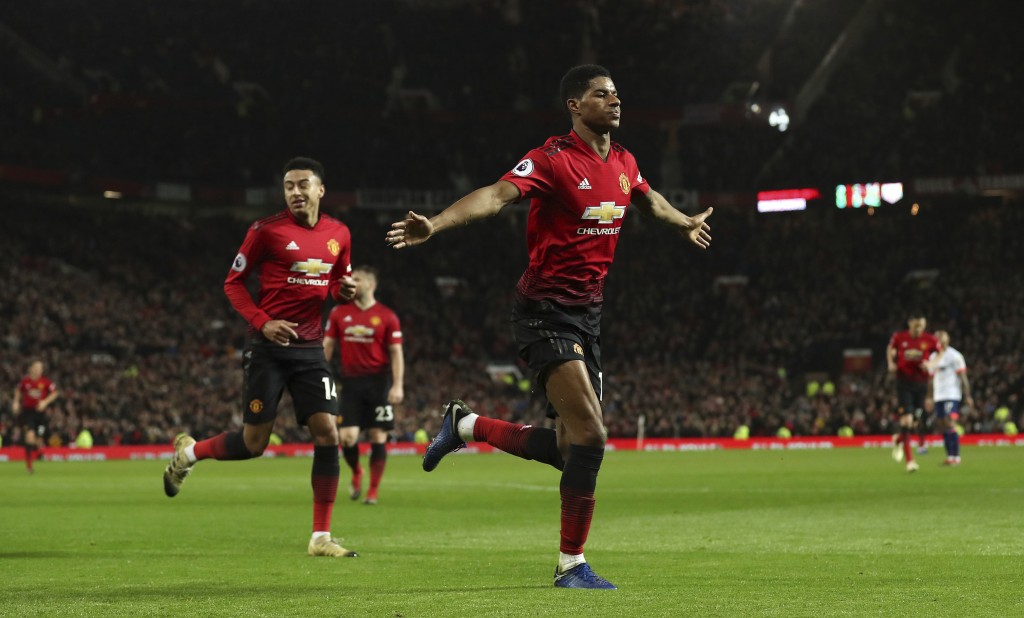 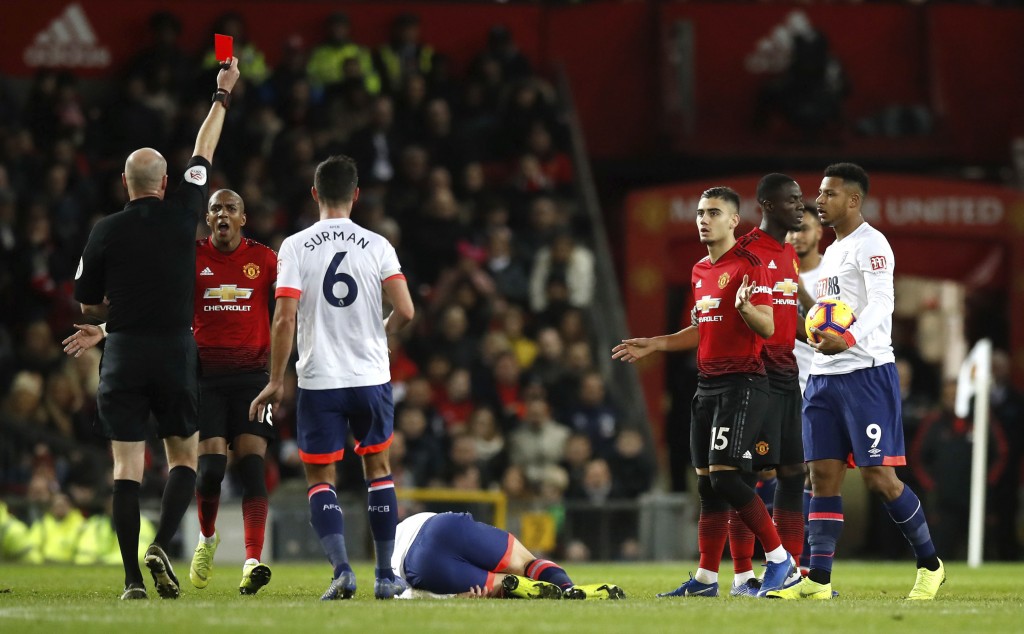 MANCHESTER, England (AP) — Paul Pogba scored another two goals and added an assist as Manchester United continued its resurgence under Ole Gunnar Solskjaer with a free-flowing 4-1 win over Bournemouth in the Premier League on Sunday.

Pogba, who had been relegated to the bench during the final weeks of Jose Mourinho's reign after falling out with the Portuguese manager, put United 2-0 up after 33 minutes and Marcus Rashford added the third in the 45th at Old Trafford.

Nathan Ake gave Bournemouth some hope by pulling a goal back with a header just before halftime, but United rarely looked troubled after the break and substitute Romelu Lukaku added the fourth from a suspected offside position in the 72nd.

United finished the game with 10 men after Eric Bailly was sent off in the 79th for a late scissor tackle on Ryan Fraser but the hosts still eased to a third straight victory under Solskjaer, who took over from the fired Mourinho earlier this month. They have scored 12 goals in that stretch — having averaged less than two per game under Mourinho — with Pogba netting two for the second game in a row. The attacking football that was the club's hallmark under Alex Ferguson is definitely back at Old Trafford and Pogba, the club's record signing, looks completely rejuvenated under the caretaker manager.

The midfielder slid in to tap home a low cross from Marcus Rashford in the fifth minute after the England forward showed great footwork to go past a defender and break inside from the right flank. Pogba, a World Cup winner with France, celebrated that goal by performing a playful shimmy with his arms folded across his stomach — a move that TV cameras revealed he had been practicing on the pitch before kickoff.

That confidence was more than justified as Pogba was at the heart of most United attacks and he doubled the lead with a header, beating goalkeeper Asmir Begovic to a cross from Ander Herrera by the near post.

Rashford was then rewarded for his own excellent attacking display when he was on hand to turn in another cross by Anthony Martial, but Bournemouth was able to respond immediately to pull a goal back before the break. David Brooks floated a ball into the United box and Ake jumped highest to bury a header past David de Gea.

Bournemouth had a penalty appeal waved away in the 70th minute Bailly put his foot up near the face of Charlie Daniels, and United sealed the game minutes later. Lukaku, who had just come on for Rashford, met a lofted pass from Pogba and sent a low finish past Begovic.

Pogba then came inches away from completing a first hat trick at United when Begovic tipped his low strike against the post in the 77th.

The only negative for United was an apparent injury to Rashford and Bailly's rash tackle, which will earn the centre-back an automatic three-match ban.