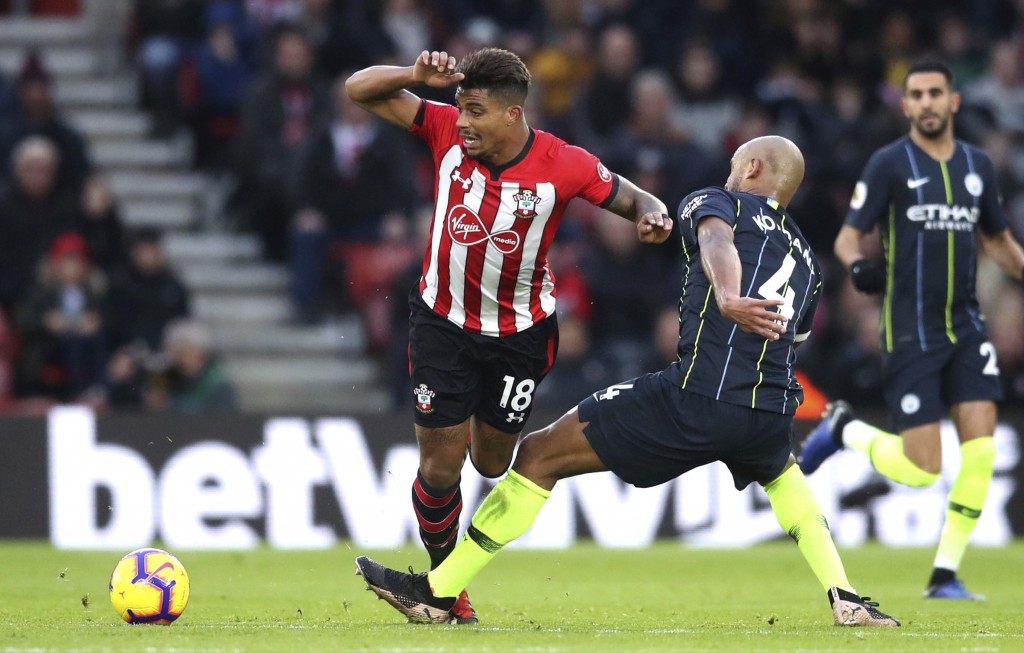 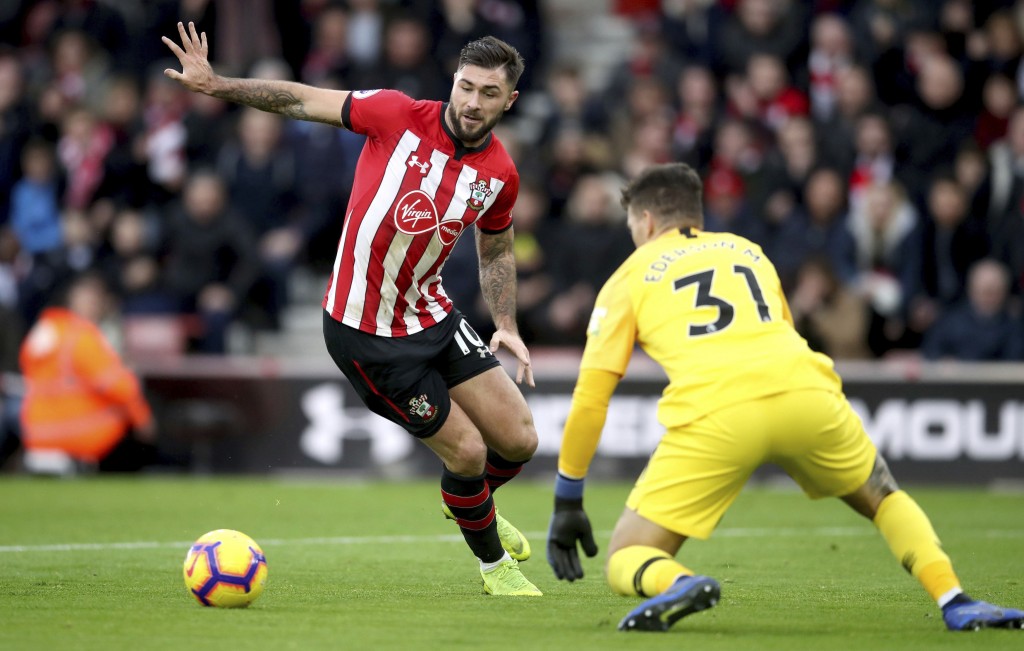 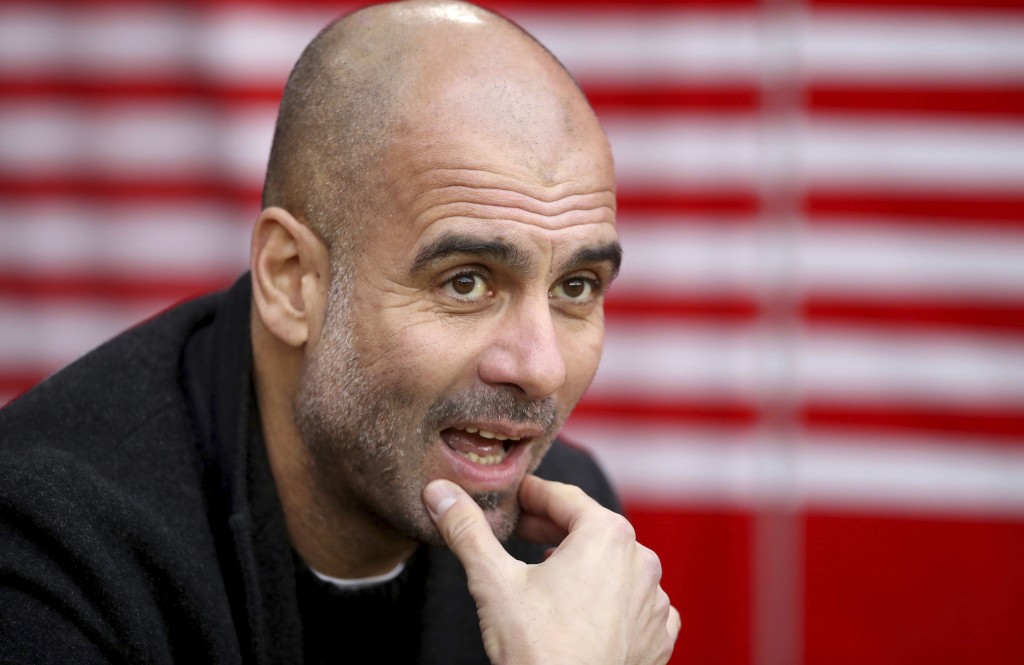 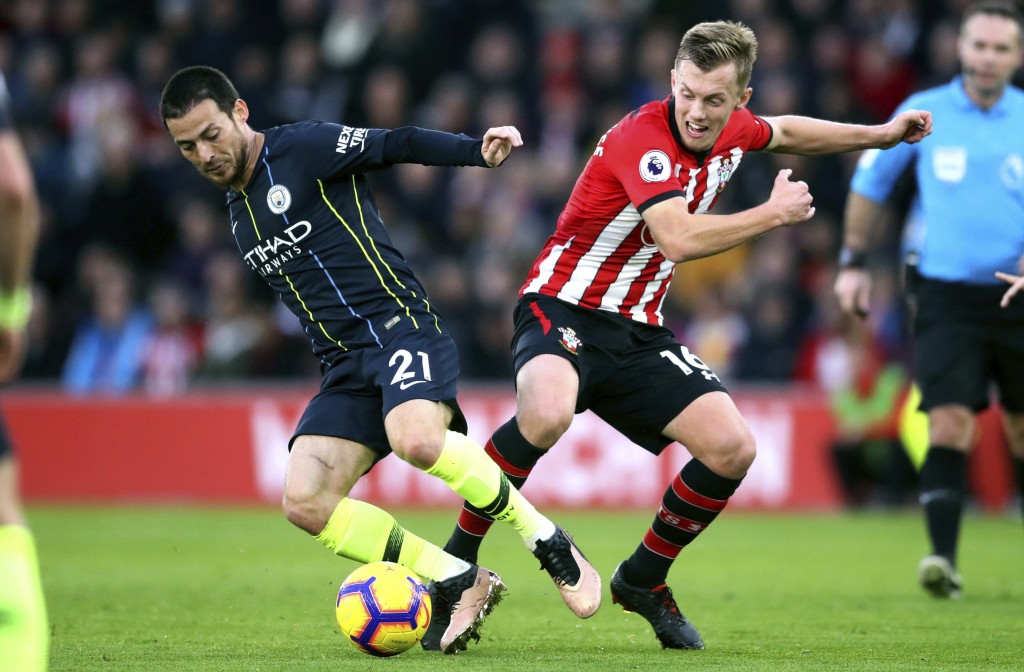 SOUTHAMPTON, England (AP) — Manchester City got its faltering Premier League title defense back on track with a 3-1 win at Southampton on Sunday thanks to two quick goals just before halftime.

After throwing away an early lead, City provided a reminder of its devastating attacking potential by netting twice in first-half injury time to end a run of two straight losses and three defeats in its last four Premier League games. David Silva and Sergio Aguero scored for the visitors, who also benefited from a fortunate own-goal by James Ward-Prowse.

Southampton finished the game with 10 men after Pierre-Emile Hojbjerg, who had scored the team's equalizer, was sent off in the 85th minute for a reckless tackle on Fernandinho.

The win puts Pep Guardiola's team back into second place, two points ahead of Tottenham but still seven behind leader Liverpool ahead of their top-of-the-table clash on Thursday.

City took the lead in the 10th minute through Silva, who met a cross from Bernardo Silva with a simple finish from in front of goal. But City's recent habit of making costly mistakes continued as left-back Oleksandr Zinchenko allowed Hojbjerg to rob him of the ball, and the Southampton midfielder stormed forward, dribbling between Vincent Kompany and Aymeric Laporte before firing a fierce shot past goalkeeper Ederson.

Minutes later, Ward-Prowse appealed for a penalty when he was pushed over by Zinchenko in the area. But referee Paul Tierney waved play on and Ward-Prowse instead found himself putting City ahead at the other end during a decisive momentum swing.

Raheem Sterling dribbled past Ward-Prowse down the left side of the Southampton area and tried to send in a cross that was deflected by the midfielder into his own net, with goalkeeper Alex McCarthy unable to react in time to keep it out.

It was a slice of luck for City, and Southampton had hardly recovered from the setback before the visitors doubled their lead. Zinchenko made amends for his previous mistake by sending in a pinpoint cross for Aguero to head home with virtually the last touch of the first half.

City then largely dominated the second half, with Aguero hitting the crossbar and Sterling having a penalty appeal of his own turned down. Southampton's slim hopes of a comeback were then ended by Hojbjerg's poor tackle on Fernandinho, which summed up a frustrating afternoon for Ralph Hasenhuttl's side.