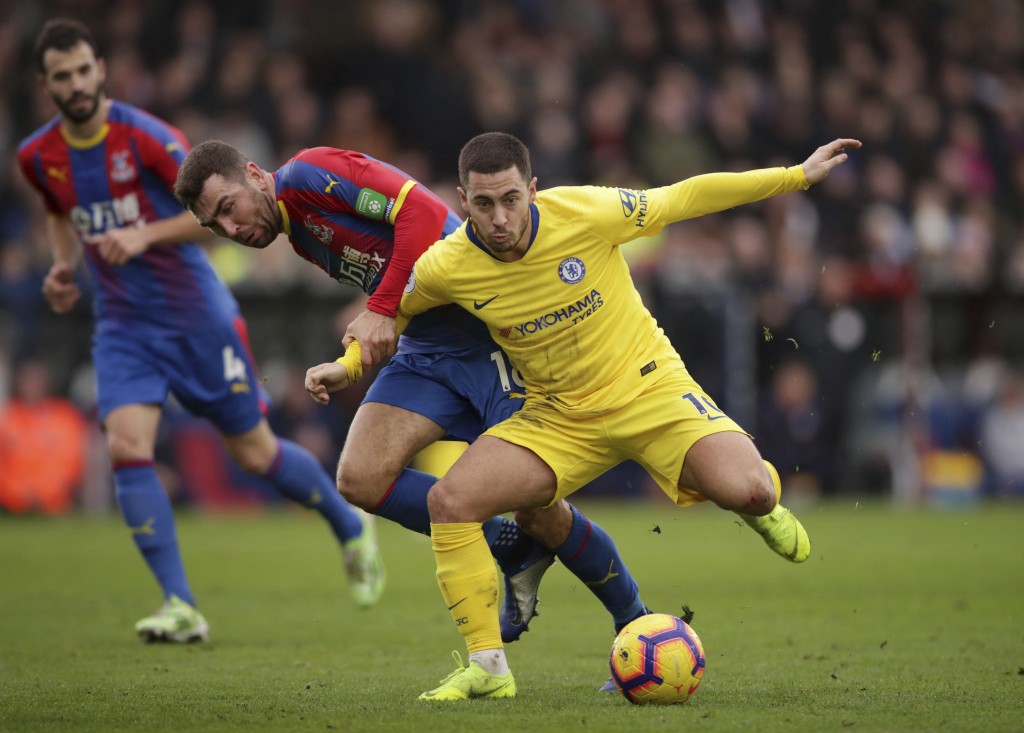 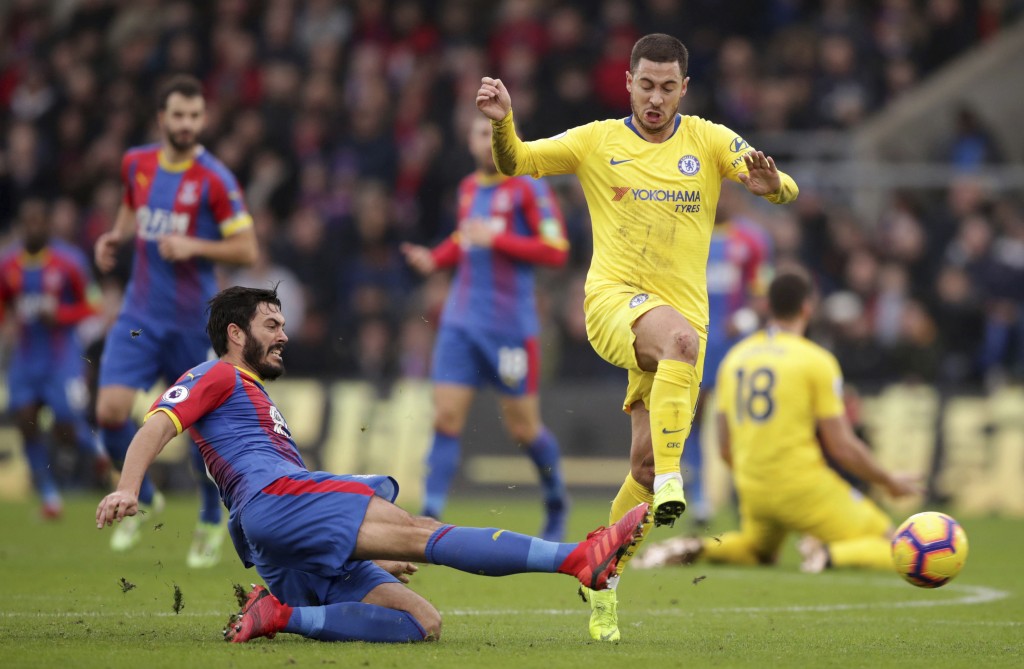 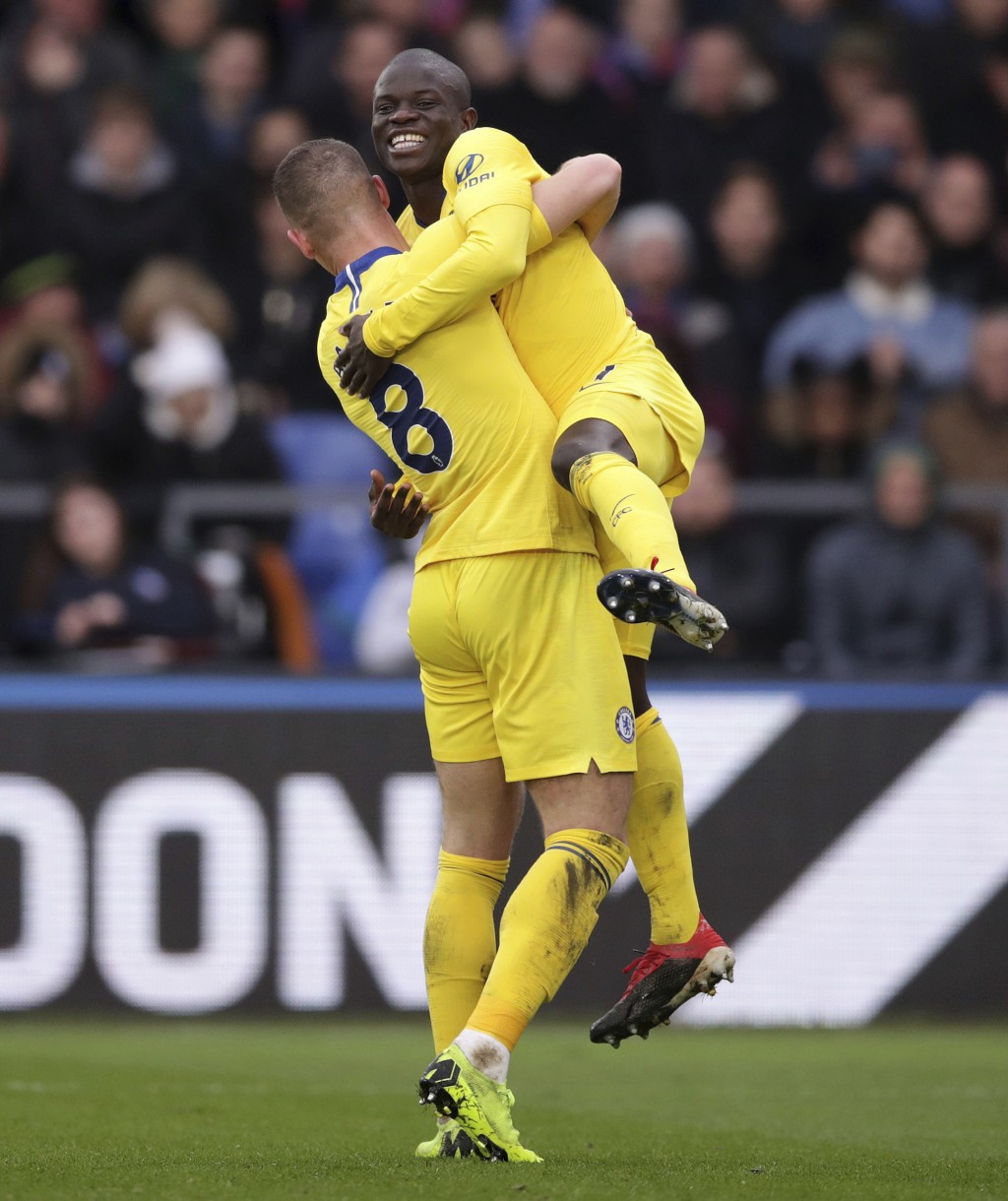 LONDON (AP) — N'Golo Kante's second-half goal gave Chelsea a 1-0 win at Crystal Palace on Sunday to strengthen its grip on fourth place in the Premier League.

After a frustrating first half for the visitors, Kante provided the breakthrough when he ran onto a ball over the top from David Luiz in the 51st minute, chested it down with his first touch and slotted the ball under goalkeeper Vicente Guaita with his second.

Olivier Giroud also had two well-taken strikes questionably ruled out for offside — one in each half — while Willian and Ross Barkley both hit the post for Chelsea. But Kante's goal was enough to lift the Blues five points clear of fifth-placed Arsenal and close the gap to Tottenham to just two points.

Palace had mainly focused on defending until Kante's goal and couldn't muster much of an attacking threat until the final five minutes, with Patrick Van Aanholt having a shot blocked for a corner and Wilfried Zaha firing off target from a dangerous position moments later. Substitute Connor Wickham then wasted the best chance for an equalizer when he fired high from six yards out after the ball fell to him following a free kick into the box.

Roy Hodgson's side, which is in 14th place, had just 32 percent of possession.

Chelsea struggled to make use of its dominance in the first half, though, with Willian hitting the left post from a free kick and Barkley also hitting the frame with an acrobatic overhead finish with his back to goal.

Giroud thought he had put his team ahead when he was sent clear on goal by Jorginho in the 28th and slammed a fierce left-footed shot into the far corner, but he was flagged for offside. Replays, however, indicated that it was a marginal call. It was the same story again for Giroud in the 73rd, when another left-footed strike was disallowed by the offside flag. He was injured in the process of scoring that one, and limped off with an apparent ankle problem.