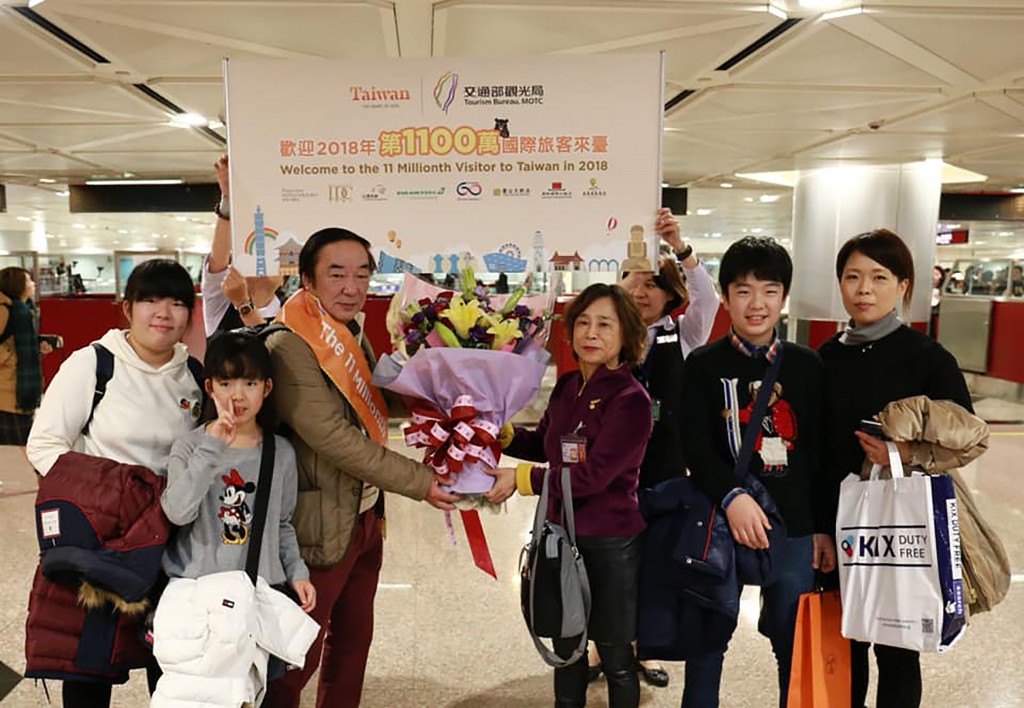 Shinobu Nishikawa, a doctor from Nara, arrived at the Taoyuan airport with his family at 12:10 p.m. to a grand welcome from the Tourism Bureau, which gave him several gifts for achieving the milestone.

He received two free air tickets to the destination of his choice, a three-day travel pass for Taiwan's high-speed rail, free accommodation at five-star hotels in Taipei, Hualien, Taitung and Kaohsiung, and other perks.

According to Nishikawa, he and four other family members are planning to spend New Year's Eve in Taiwan during their four-day visit to Taipei and Taichung. It is his fifth visit to Taiwan and the third for his family, he said.

Acting Transportation and Communications Minister Wang Kwo-tsai (王國材) hoped Taiwan can attract 12 million visitors next year but did not say where he expected the growth to come from.