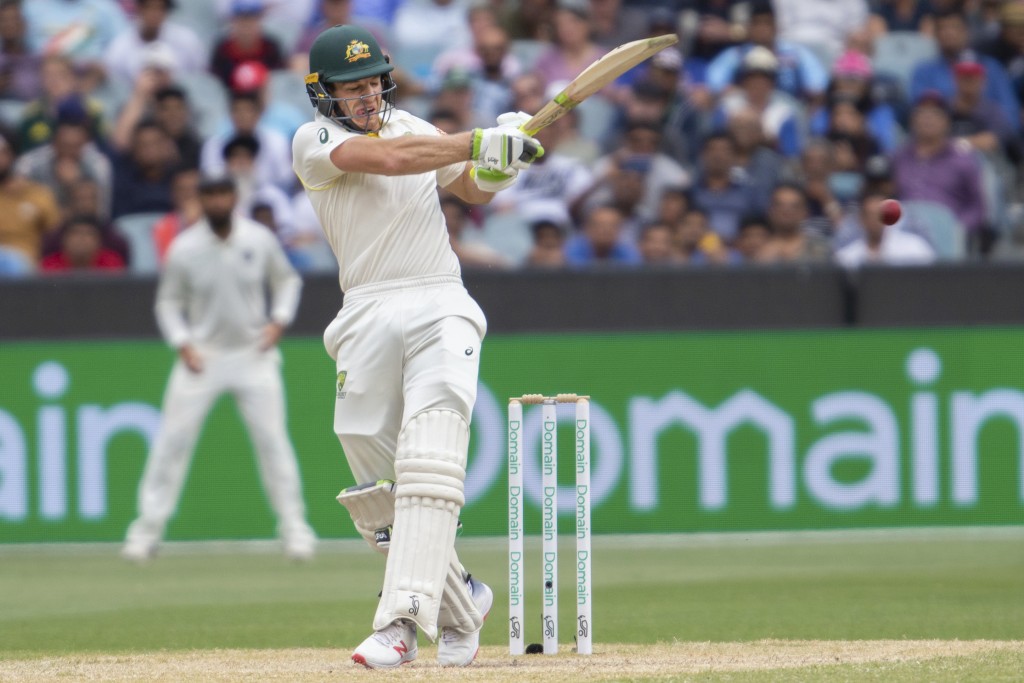 MELBOURNE, Australia (AP) — Australia captain Tim Paine said Sunday he was frustrated by some of the pitches that have been provided for the test cricket series against India.

India leads the four-match series 2-1 after beating Australia by 137 runs in the third test at Melbourne Cricket Ground on Sunday.

The Melbourne pitch offered little pace and bounce for Australia's fast bowlers, who toiled for almost two days as India scored 443-7 declared in its first innings. Australia was bowled out for 151 as India claimed a 292-run advantage on the first innings.

"That's been the one disappointing thing," Paine said. "It seems we've rolled up some wickets here in Australia that have taken away from our strengths, which is pace and bounce. You'd like the slips to come into play eventually."

Both sides are considering playing two spinners in the Sydney test beginning Jan. 3 on a surface that is expected to take turn. India's pitches are famous for being spin-friendly.

"It's a frustration," Paine said. "I think the Sydney wicket, from what we're hearing, might spin a little bit. I'm sure India will be looking forward to it.

"You never go to India and get served up green wickets. And they've come out here and we've served some wickets up that have really suited them. Having said that they've outplayed us and we've got to go to Sydney and improve."