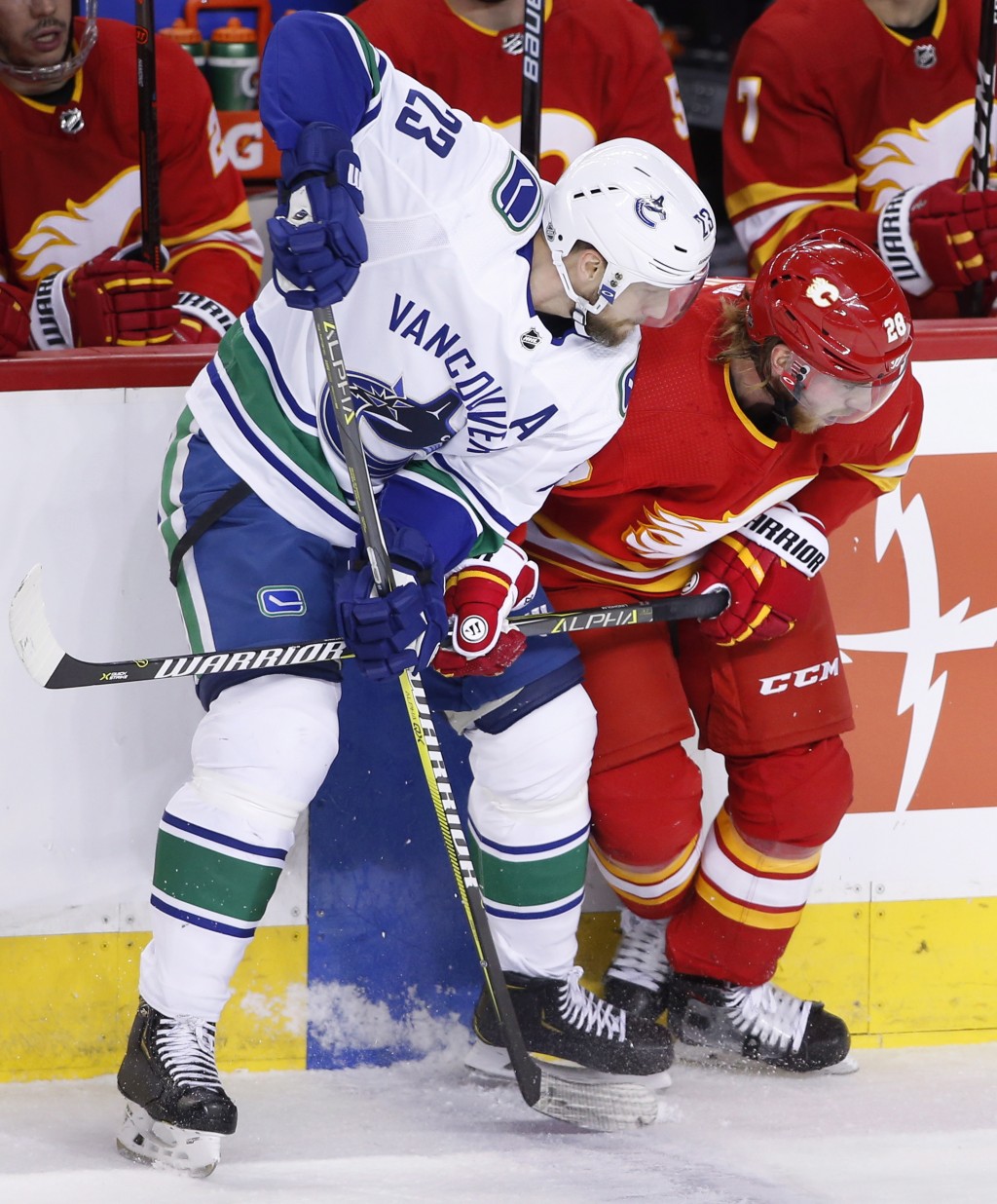 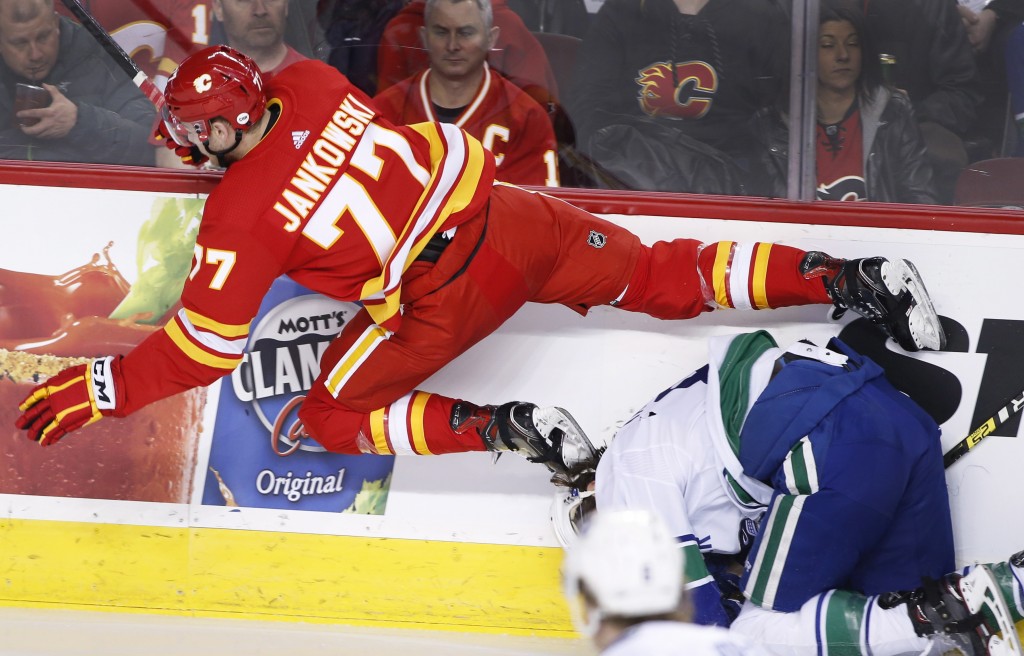 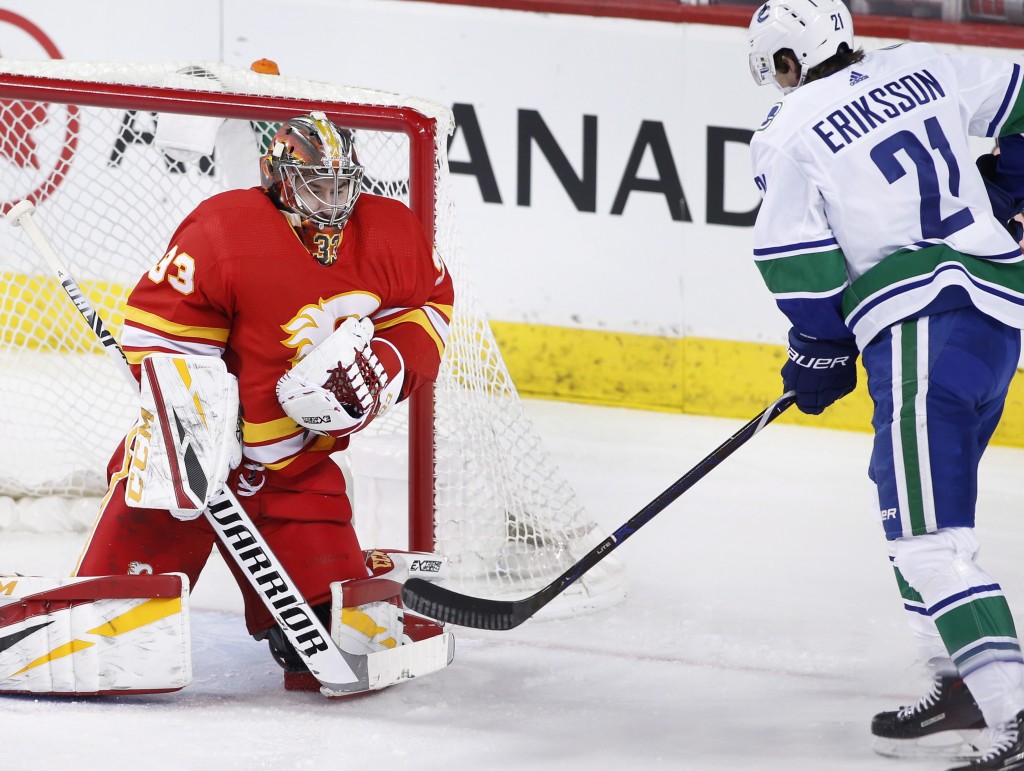 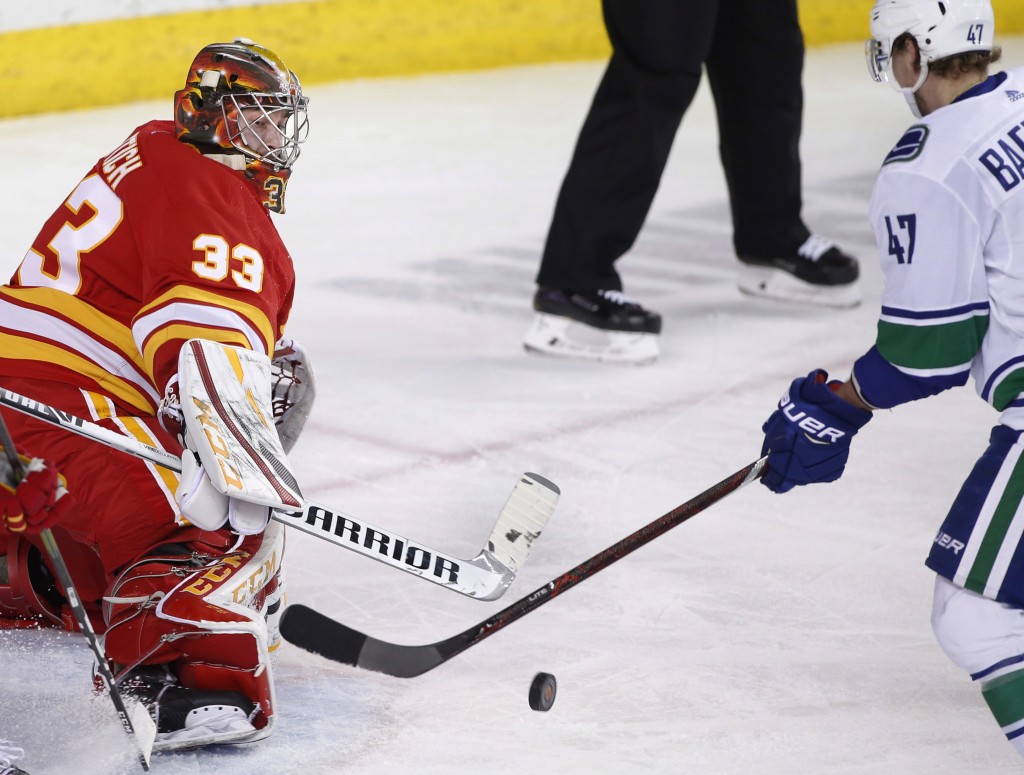 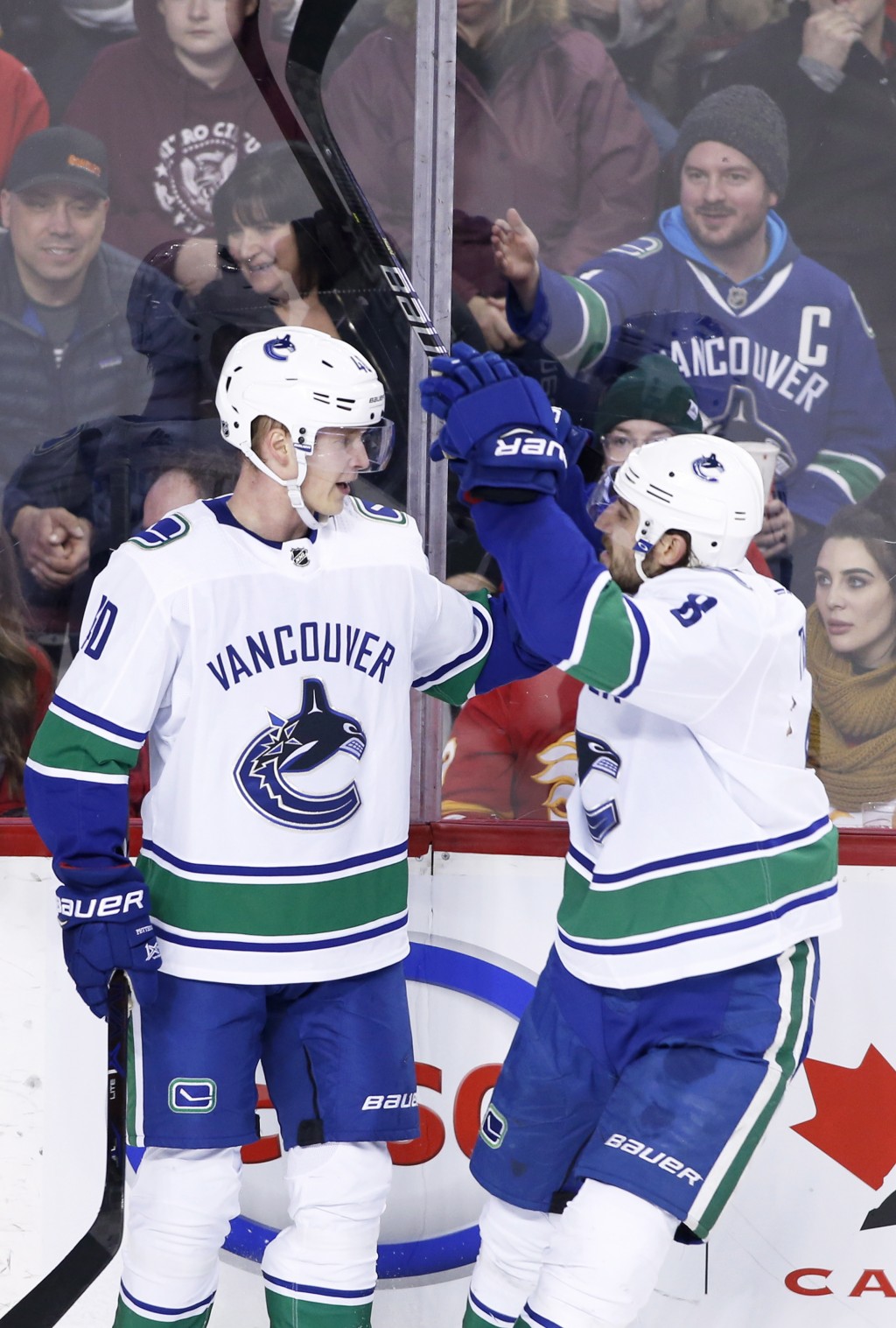 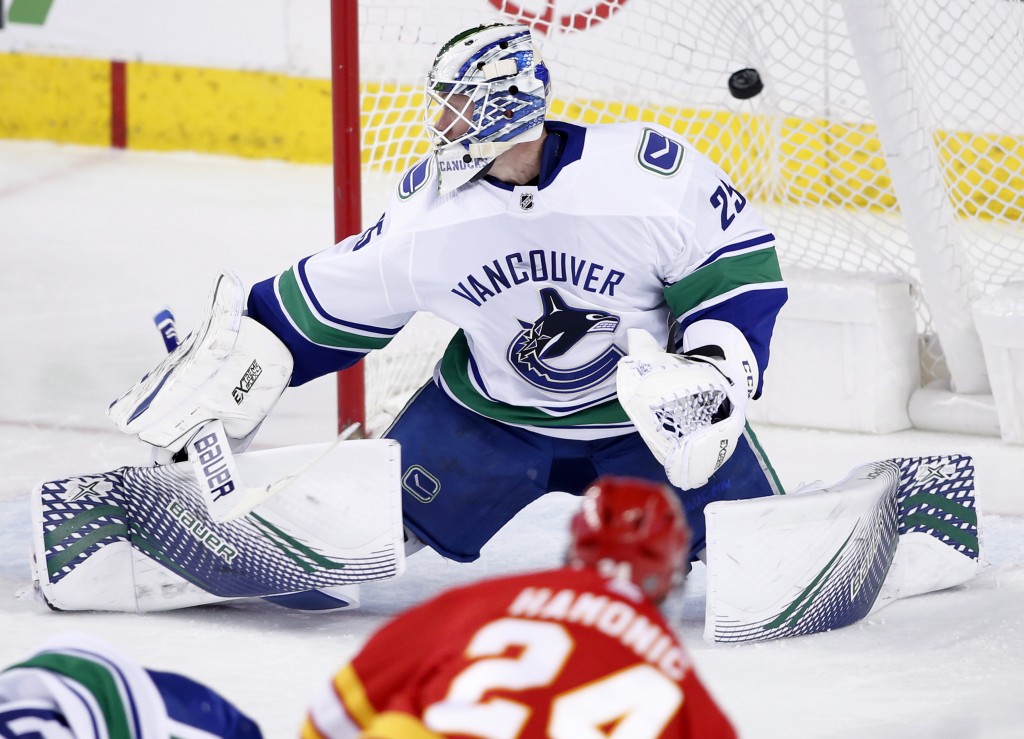 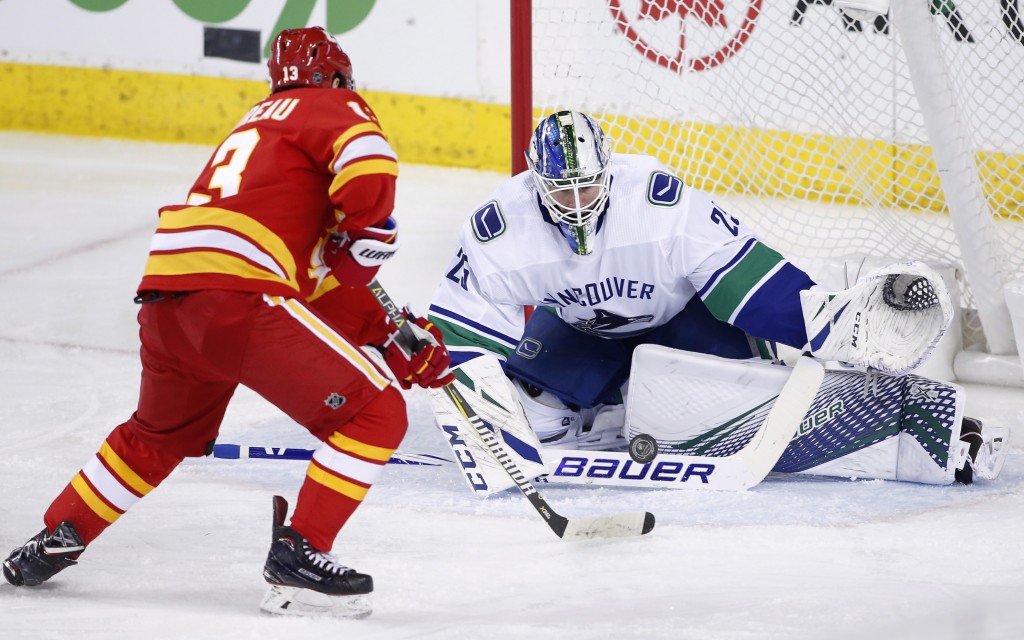 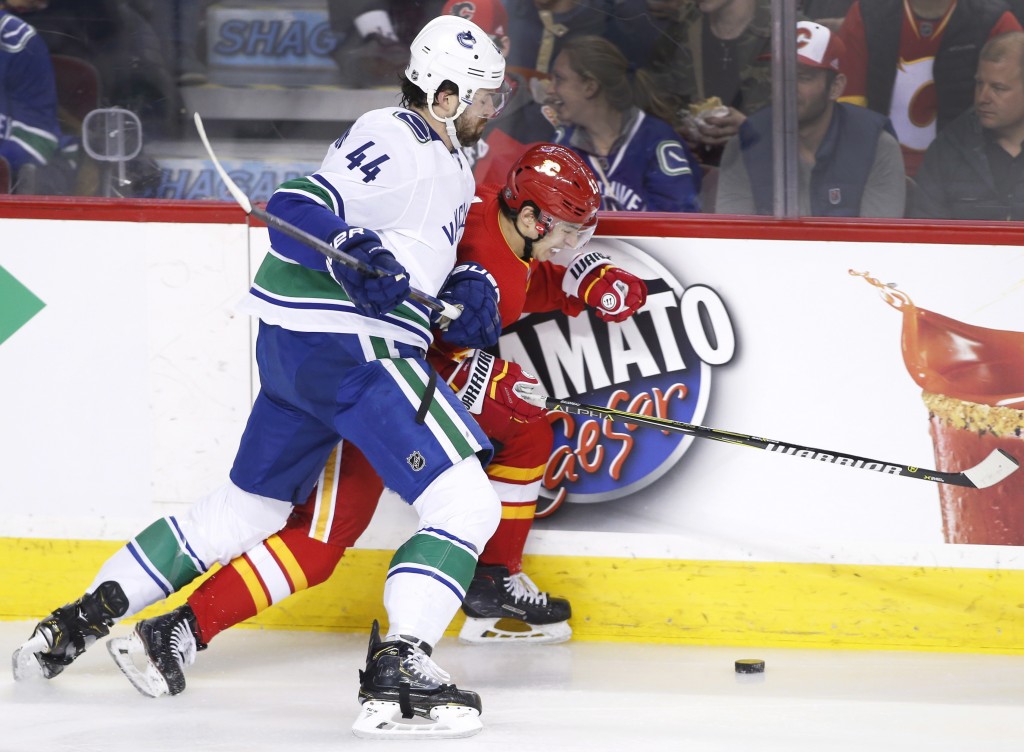 In a back-and-forth overtime, Brock Boeser sent a pass to Edler, whose shot dribbled through the pads of David Rittich.

The Canucks are 5-0-1 in their last six road games. Vancouver has four points through the first two stops of their six-game trip.

Mark Jankowski and Travis Hamonic scored short-handed goals for Calgary. The Flames remain in first place in the Pacific Division, one point ahead of San Jose. The Sharks visit the Saddledome on Monday.

Vancouver tied the game at 2-all at 11:37 of the second, when Pettersson broke down the right side and fired a 40-foot wrist shot past Rittich.

The Flames took their first lead of the game 8:46 into the second, when Hamonic, on a two-on-one, chose to hang onto the puck and beat Jacob Markstrom for his third goal of the season.

It was Calgary's league-leading 12th short-handed goal, moving them one ahead of the Arizona Coyotes.

The Flames tied the game 1-all at 14:30 of the first. Noah Hanifin broke in alone and while he was stopped by Markstrom, Jankowski shoveled in the rebound.

Jankowski, who also assisted on Hamonic's goal, is tied with Arizona's Michael Grabner for the league lead in both short-handed goals (four) and points (six).

Vancouver opened the scoring on the power play at 5:08. With Johnny Gaudreau off for slashing, Boeser sent a 25-foot wrist shot past Rittich, who was screened by Bo Horvat and didn't appear to see the shot.

The Canucks' improved penalty killing played a key role in the victory. Vancouver killed five penalties, including a 54-second, two-man advantage. Vancouver had gone nine straight games without surrendering a power-play goal before allowing two in Thursday's win over the Edmonton Oilers.

The Flames' power play is 1 for 18 in the last five games.

Rittich, starting over veteran Mike Smith for the sixth time in seven games, made 24 stops. He is 12-4-3.

NOTES: LW Sven Baertschi (concussion, 30 games) and D Troy Stecher (concussion, 3 games) returned for the Canucks. ... Rookie LW Dillon Dube, recalled earlier in the day from Stockton of the American Hockey League, dressed for the Flames, taking the spot of veteran LW Michael Frolik, who was a healthy scratch. ... Calgary's Mark Giordano played career game No. 792, moving ahead of Theoren Fleury and into sole possession of fourth in franchise history.

Canucks: At New Jersey on Monday.