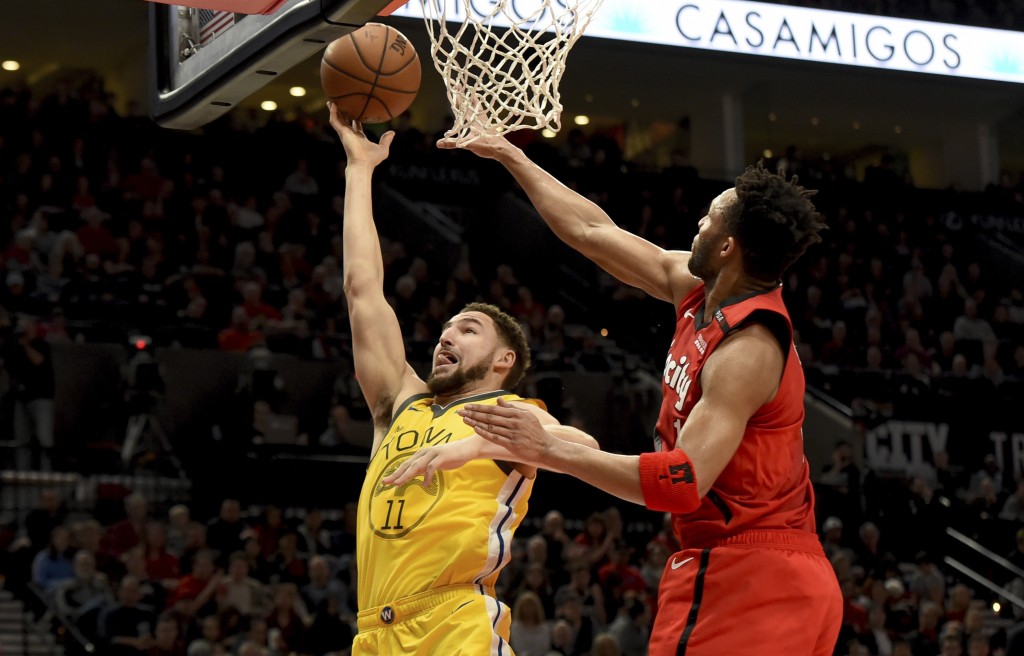 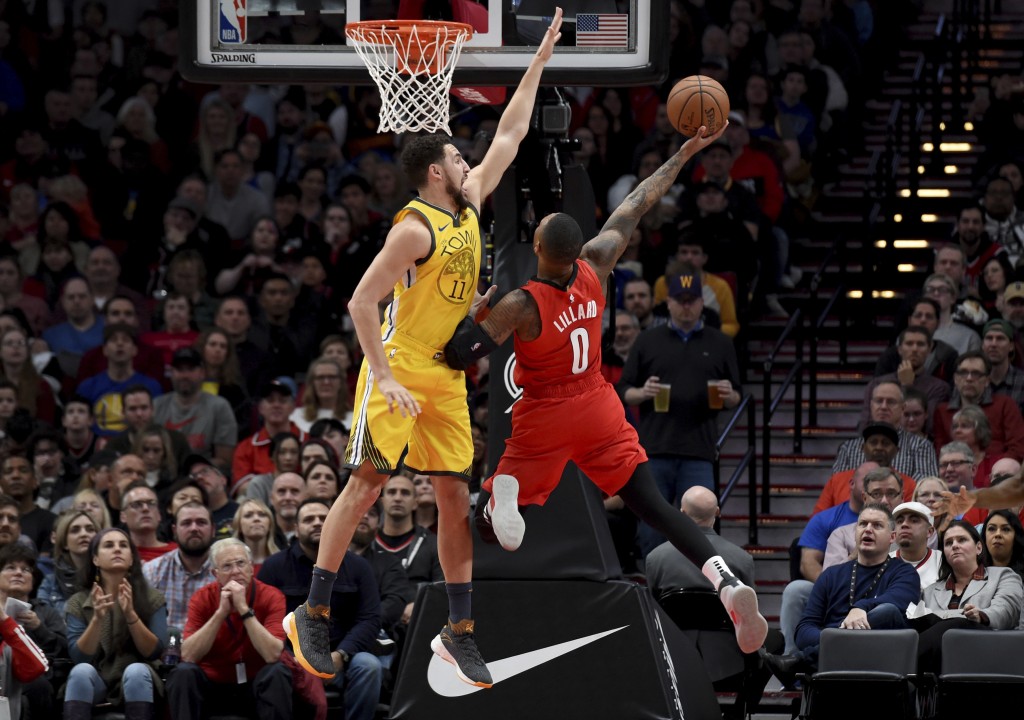 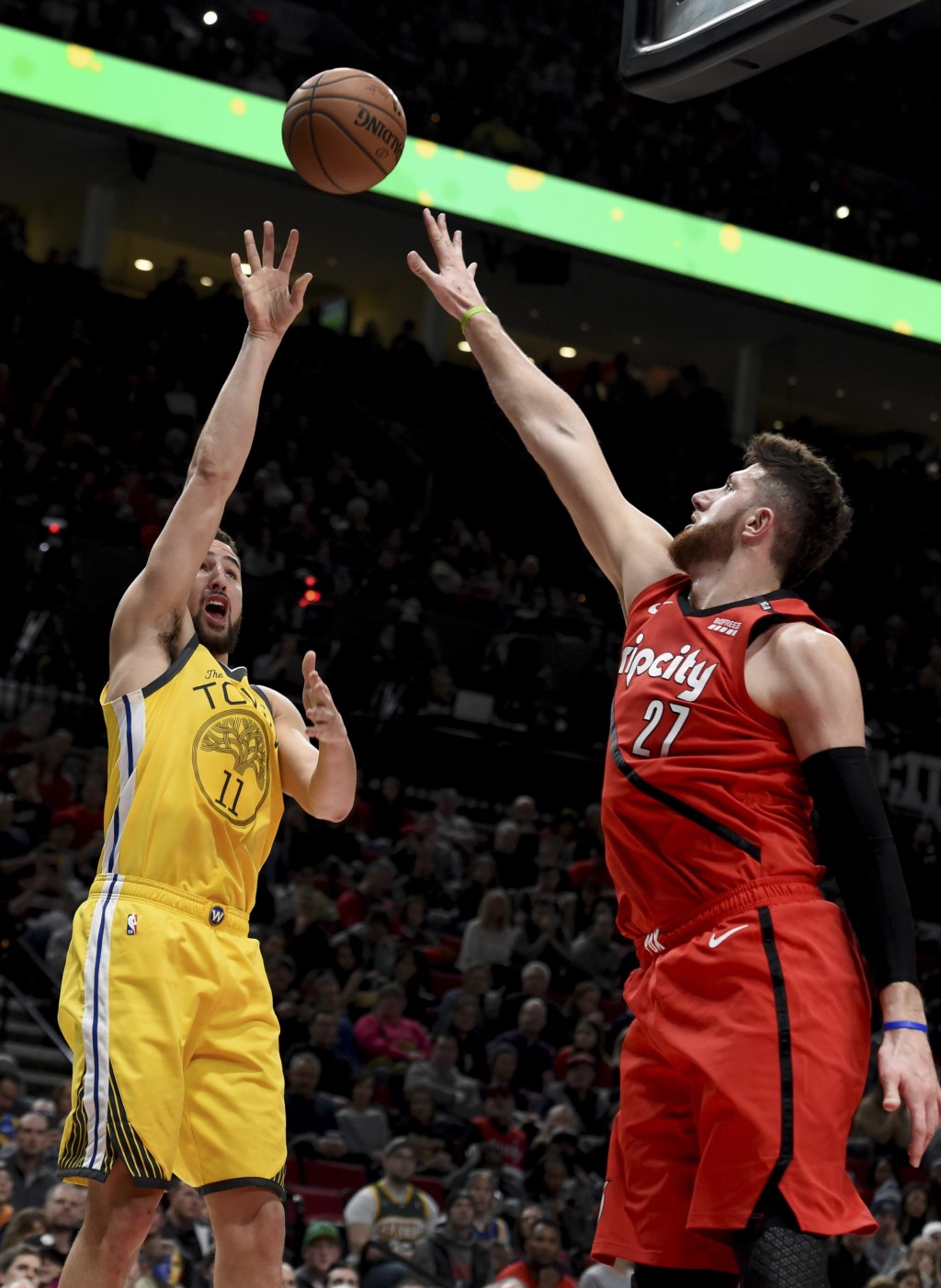 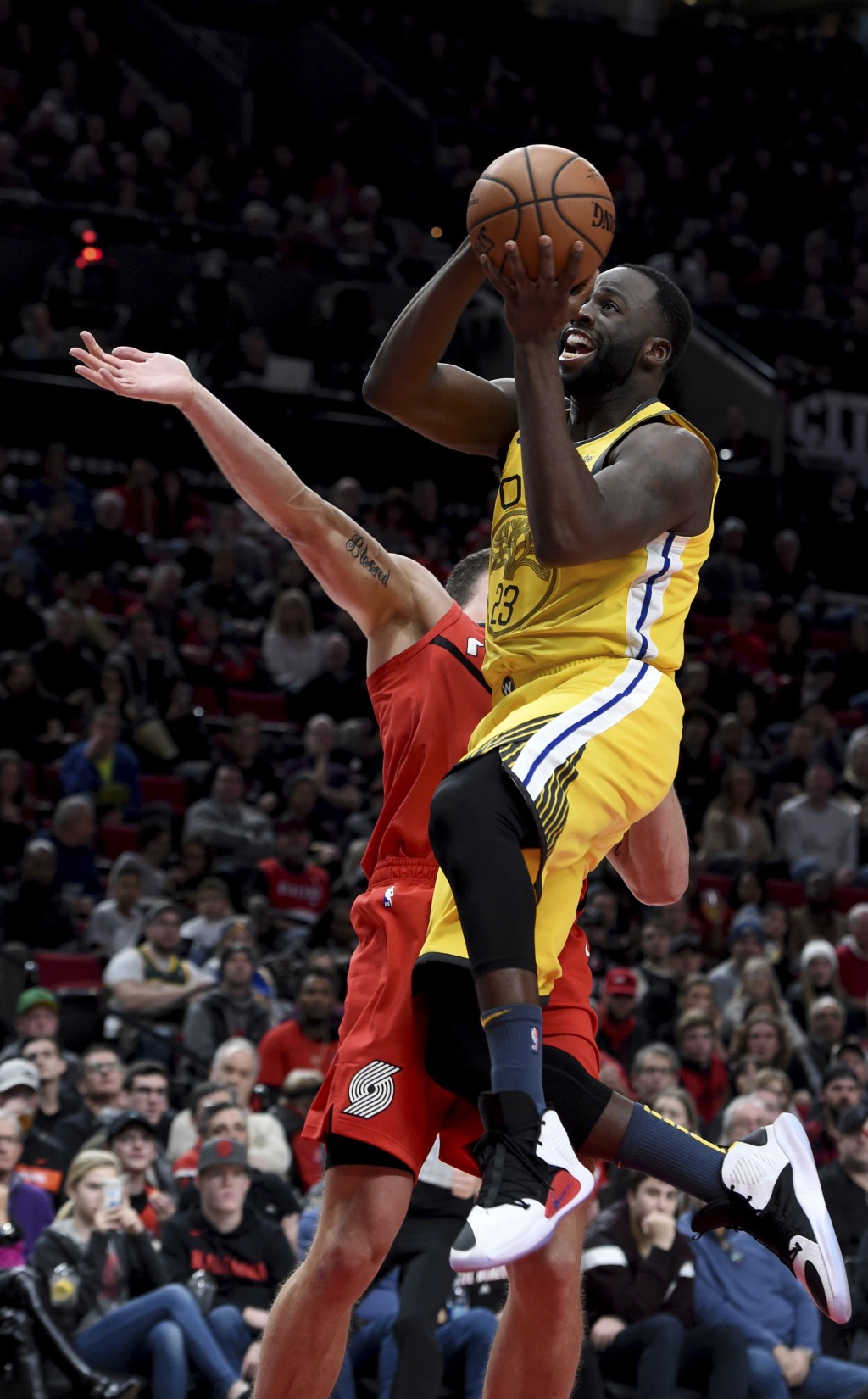 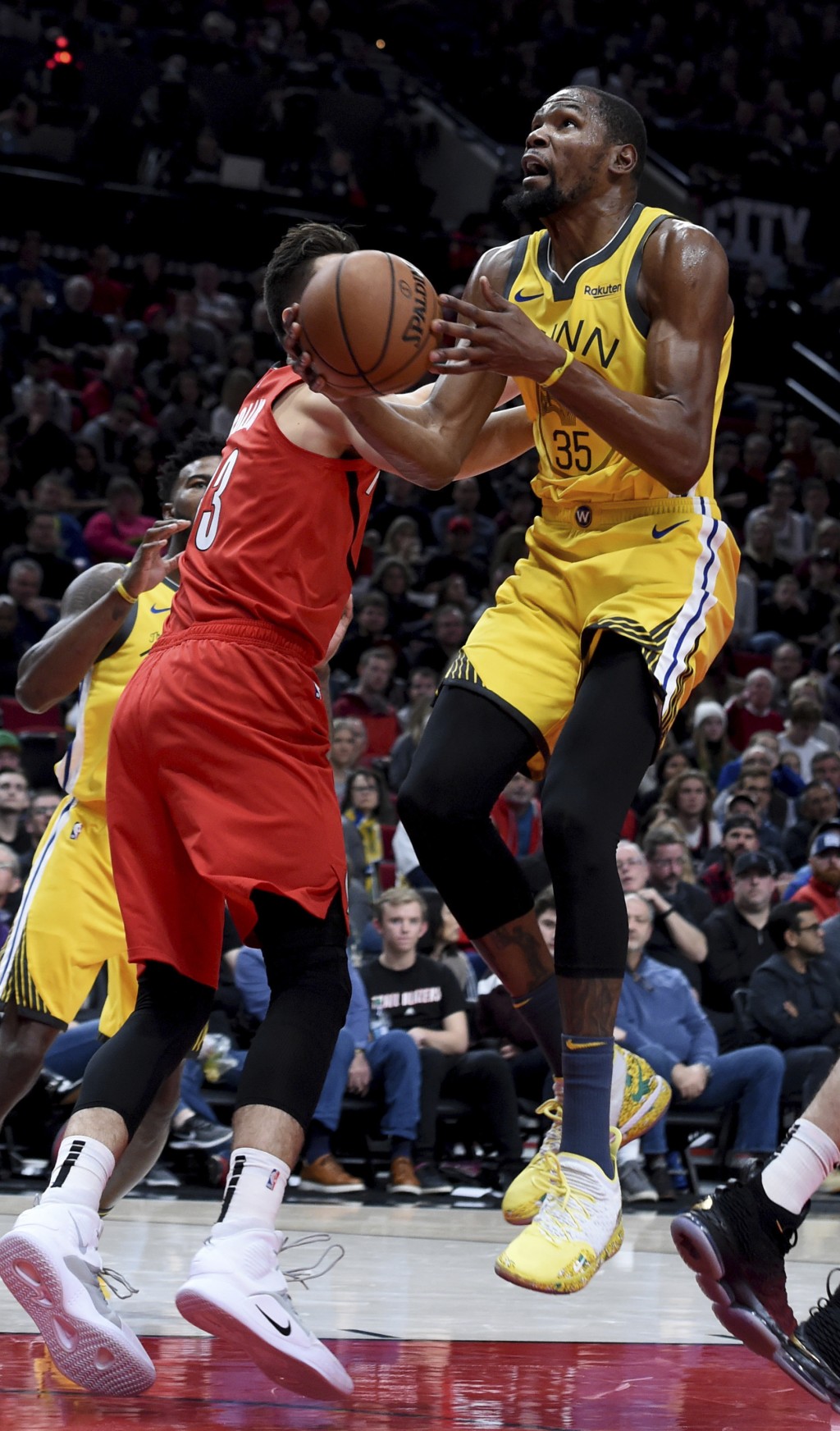 Golden State, stinging from a 110-109 home loss to the Blazers on Thursday, outscored Portland in each of the first three quarters to avoid its second three-game losing streak of the season.

Damian Lillard made six 3-pointers and scored 40 points for Portland. It was the fifth time this season Lillard, who made the go-ahead 3-pointer in the victory at Oracle Arena, has scored at least 40 points.

Jusuf Nurkic finished with 21 points, 10 rebounds and seven assists for the Blazers.

Golden State controlled the first half, but came apart late in the second quarter as Portland pulled to 58-50 by halftime.

Leading 30-27 after one quarter, Golden State scored the first 10 points of the second quarter, including seven consecutive by Curry. Golden State led by as many as 17 points during the first half.

But they lost Andre Iguodala at halftime after he was ejected for hurling the ball deep into the end zone seats at the buzzer.

The Warriors grabbed a 93-83 lead after three quarters despite Lillard and Nurkic combining to score 28 of Portland's 33 third-quarter points. Lillard was 7 of 9 and scored 20 points during the third quarter.

The Warriors led by as many 18 points in the fourth before holding off a late Portland rally.

Warriors: This was the first time Golden State has played an opponent in back-to-back games since November of 2016. . The Warriors, 6 of 15 from the free throw line during Thursday's game, made their first 10 Saturday, and went 23 of 28 overall. . Golden State had three technical fouls in the game, including one on Durant for hanging on the rim.