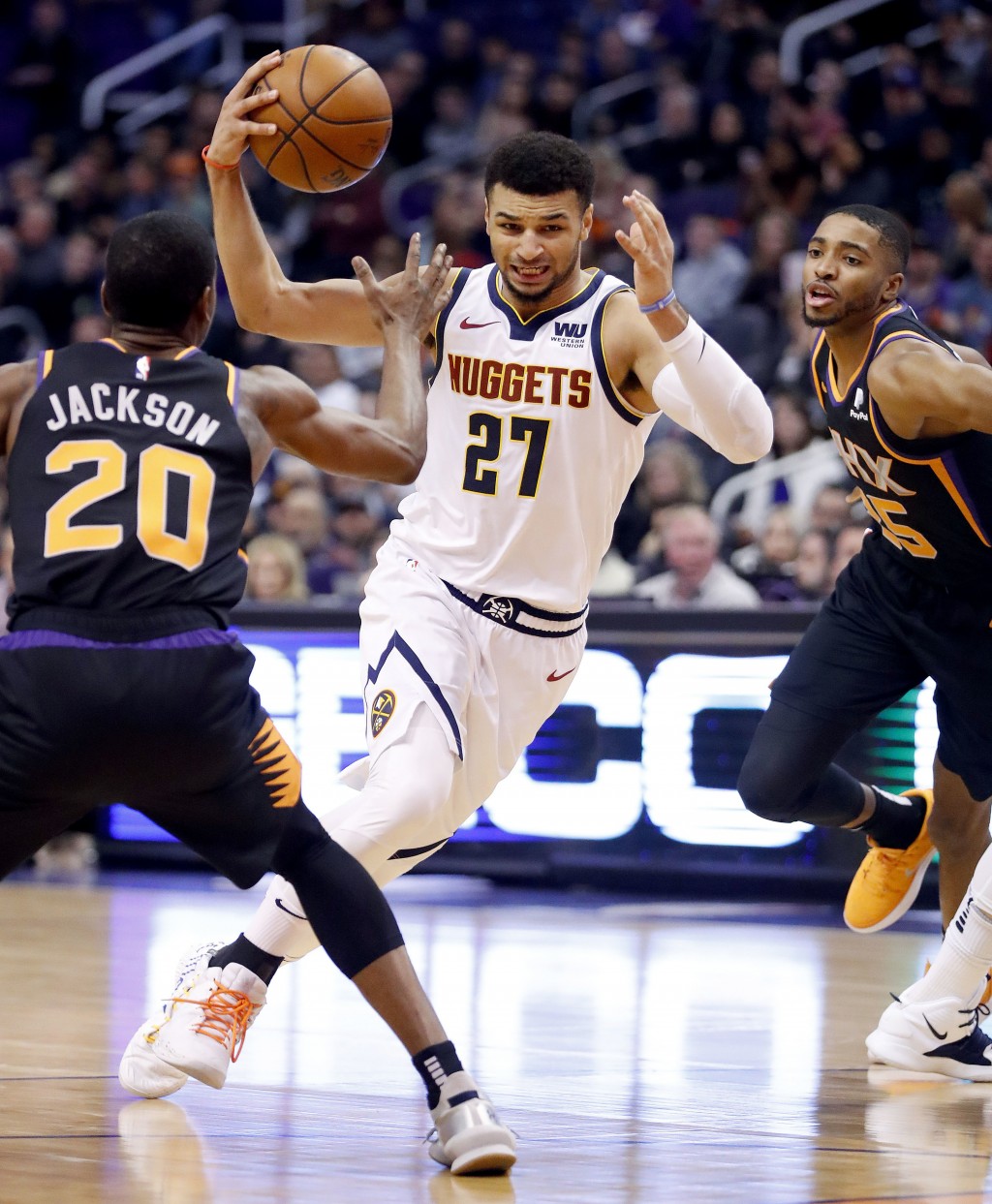 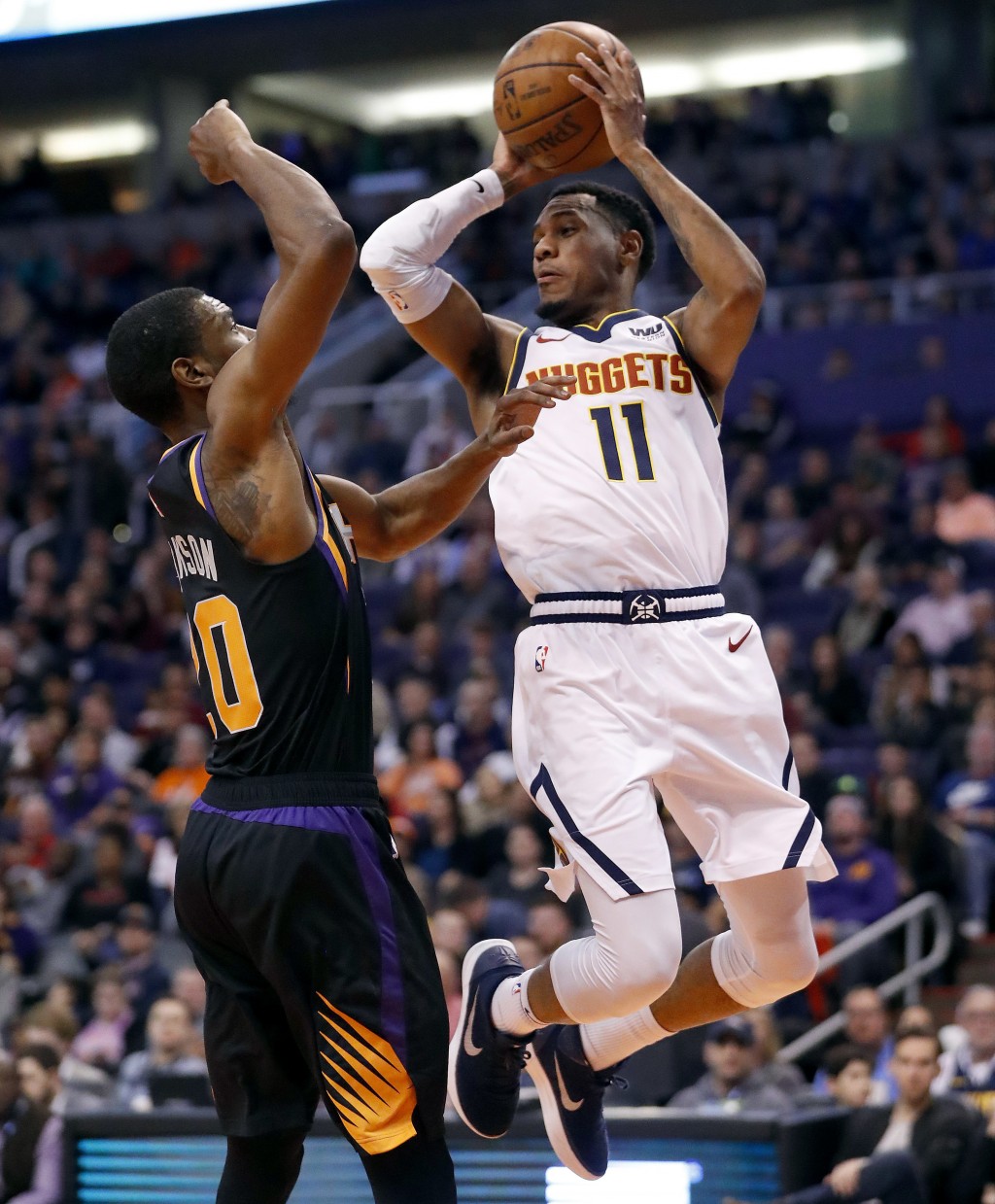 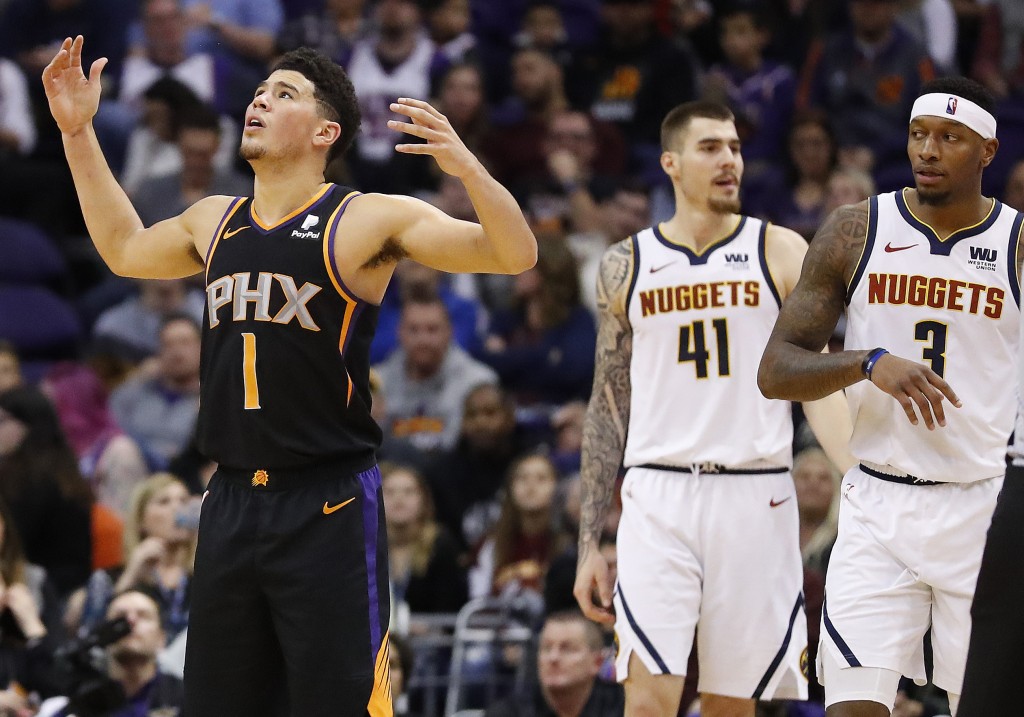 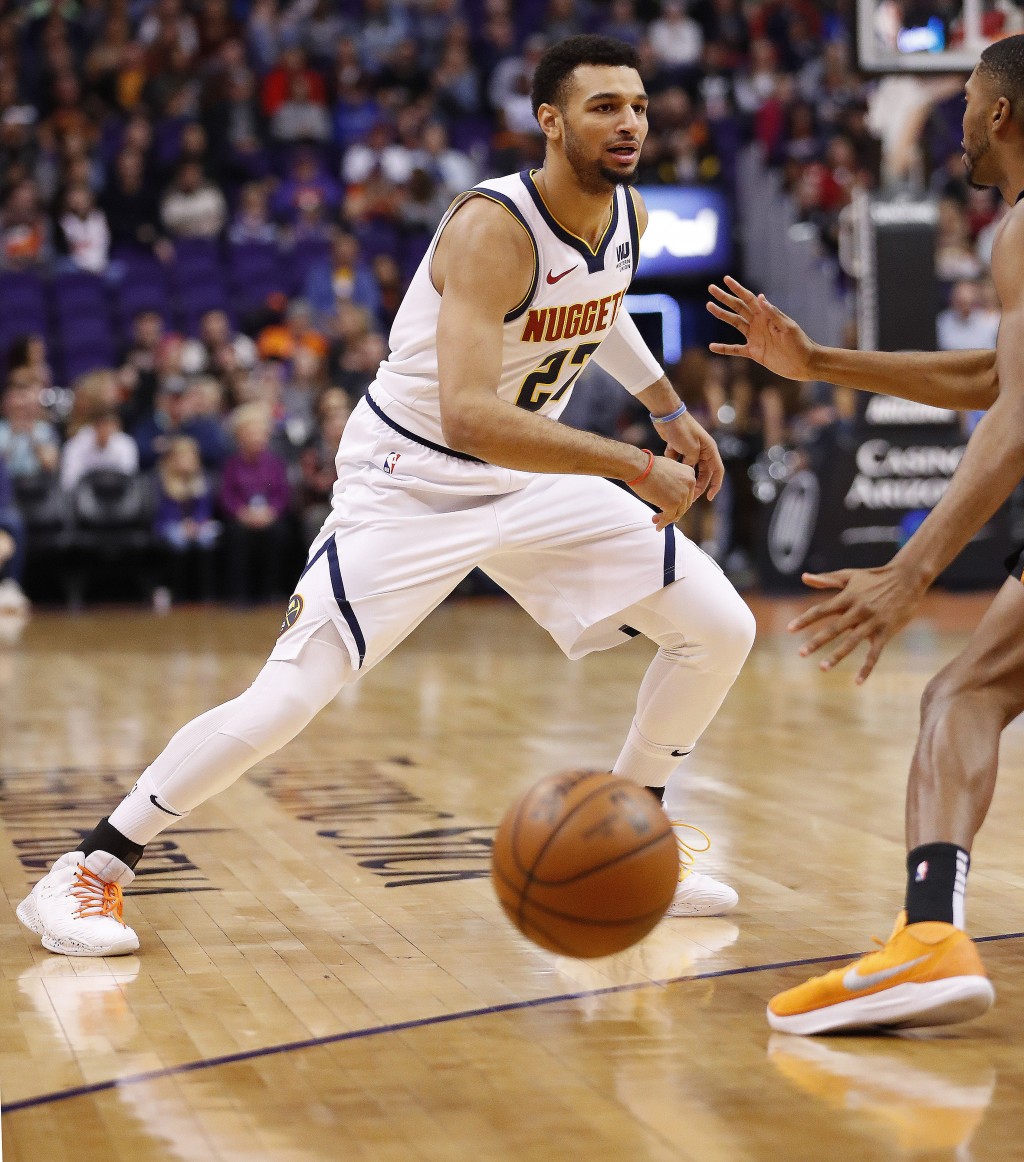 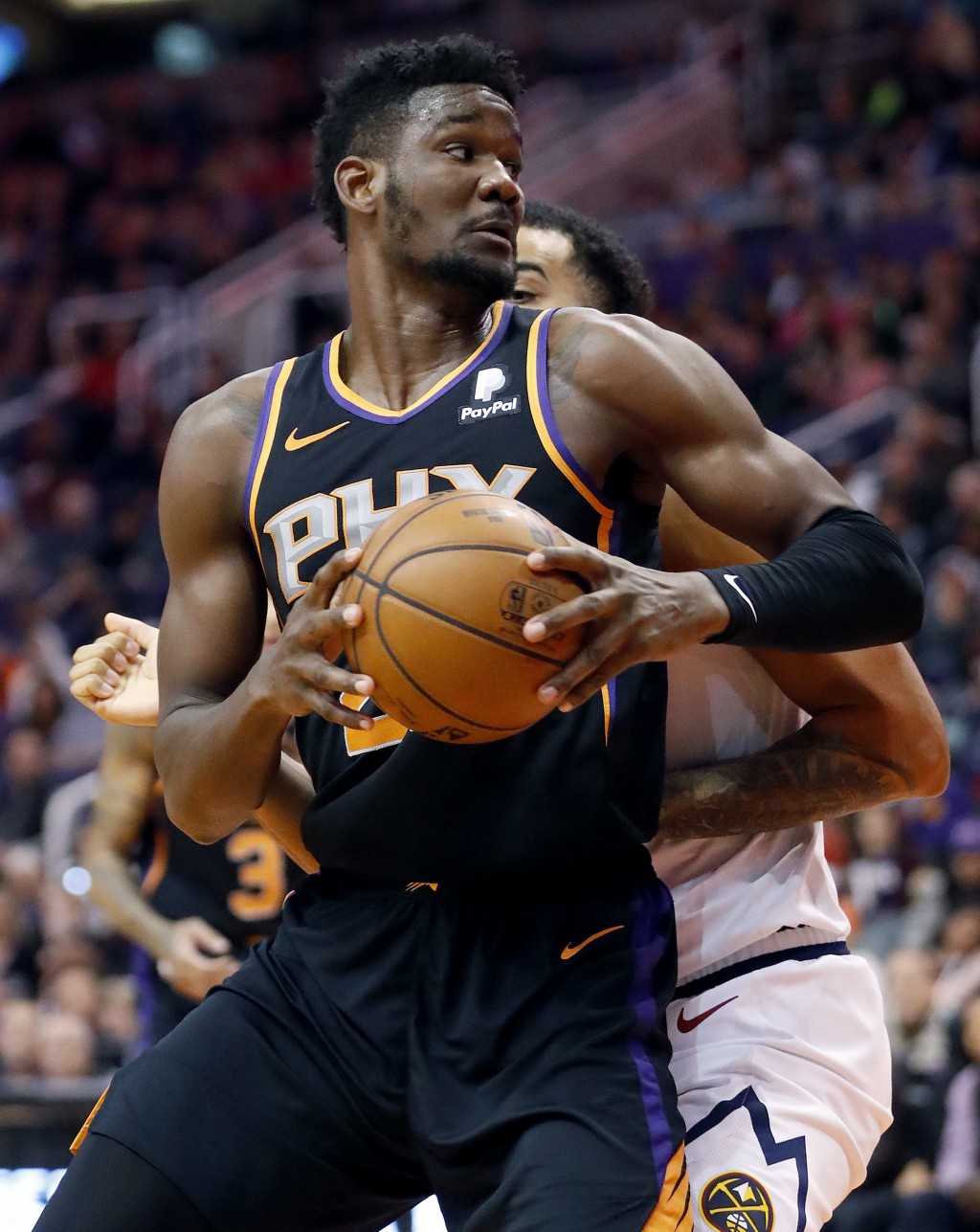 PHOENIX (AP) — Jamal Murray scored 46 points and made a career-high nine 3-pointers to carry the Western Conference-leading Denver Nuggets to a 122-118 victory over the Phoenix Suns on Saturday night.

Murray was 16 for 24 from the field with the second-most points he's scored in a game this season. He scored 31 a night earlier in a win over San Antonio.

Nikola Jokic added 23 points, nine assists and eight rebounds for Denver, while Malik Beasley came off the bench to hit a career-high five 3-pointers for his 15 points.

Denver improved to 4-1 in the second of back-to-back games this season. The Nuggets made a season-high 18 3s for the second straight night.

Phoenix, the last-place team in the West, is 0-6 on the second night of back-to-backs this season and has lost four of its last five overall.

Rookie Deandre Ayton scored a season-high 33 points and added 14 rebounds for the Suns. Ayton made 12-of-13 shots in the second quarter for 24 points, the highest-scoring quarter by a Suns rookie and sixth-highest overall in franchise history.

Suns leading scorer Devin Booker bruised his lower back in the second quarter after he stepped in to draw a charge on the Nuggets' Torrey Craig. Though announced as questionable for the second half, he returned and scored 27 points for the game, 20 in the second half.

Murray started hot, knocking down his first three 3s and finishing the first quarter with 13 points. He had 15 in the fourth.

Murray lobbed to Mason Plumlee for a dunk with 2:39 left in the first half, giving Denver a 57-37 lead.

The Suns went on a 12-2 run to cut the lead to 59-49, but Juancho Hernangomez hit a 3 just before the halftime buzzer for Denver. The Nuggets made 11 3s in the first half.

Ayton's hook with 19 seconds got the Suns within 90-78. Denver scored the first seven points of the fourth quarter, but the Suns stormed back to make it interesting at the end.

As the Suns rallied in the fourth quarter, a fan yelled from the stands at Suns coach Igor Kokoskov. "Hey Igor, we can make some free throws!" the fan shouted.

Kokoskov looked at him, pointed and said, "You're right!" The Suns made nine of 14 for the game.

Nuggets: F Paul Millsap returned to action after missing the past eight games with a broken right big toe. ... Beasley played through a sprained left ankle. ... Murray started and played despite dealing with a tender right ankle. Five other Nuggets players were inactive, including G Will Barton (hip/core surgery) and G Gary Harris (right hip).

Suns: Booker was assessed a flagrant foul in the third quarter when his hard contact on Craig sent Craig sprawling to the floor under the basket after a breakaway. ... Booker has 25 or more points in eight straight games.