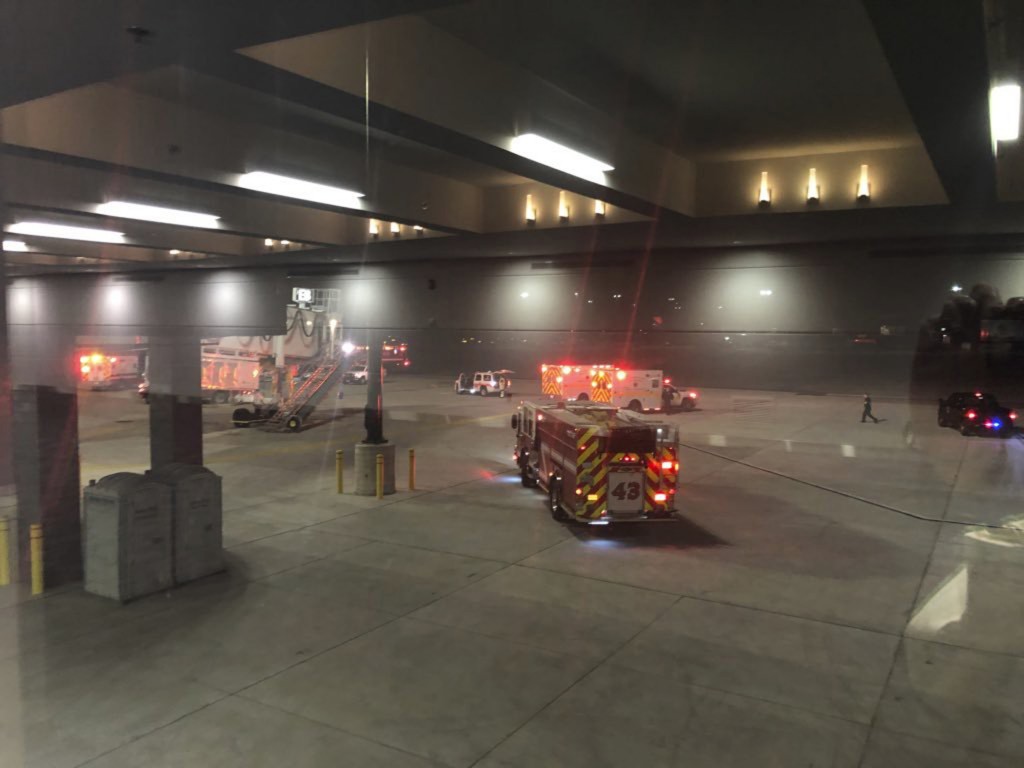 The airport tweeted that six people were taken to a hospital Saturday night with non-life-threatening injuries due to the incident at Gate E-10.

In a statement, Southwest Airlines said Flight 822 had just arrived from Punta Cana, Dominican Republic, and had requested paramedics to help with a medical situation involving a passenger on the flight.

The airport says the plane has been moved and the incident has not caused further impacts to the airport's operations. No further details were immediately available.