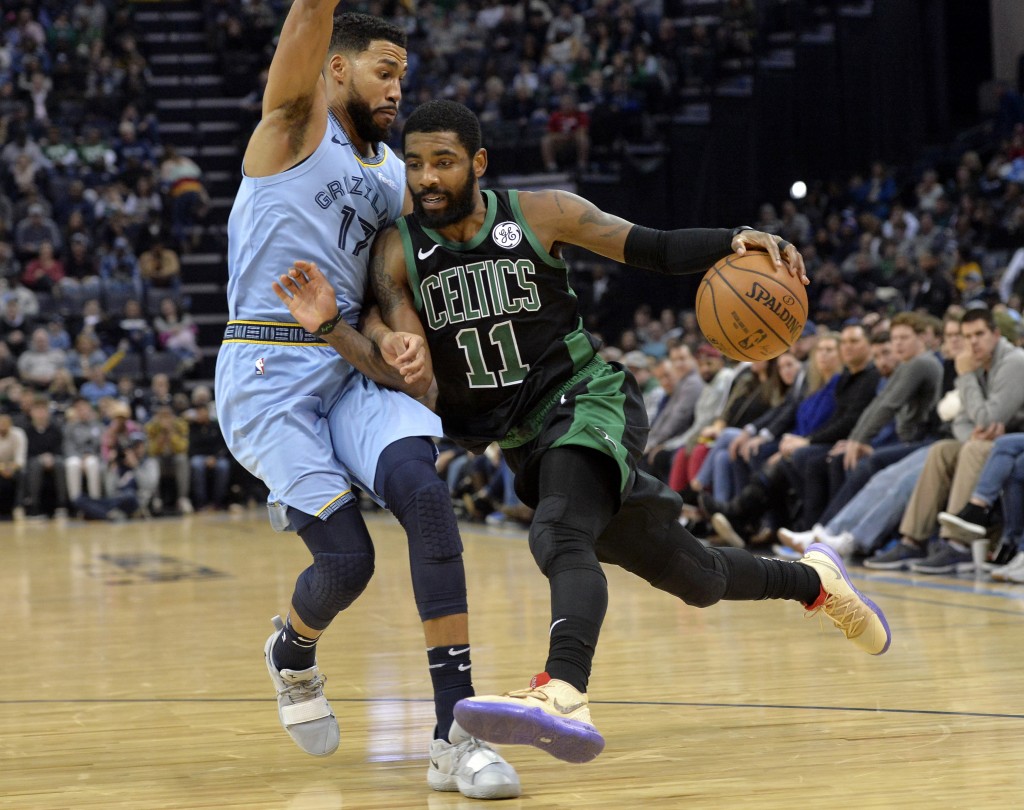 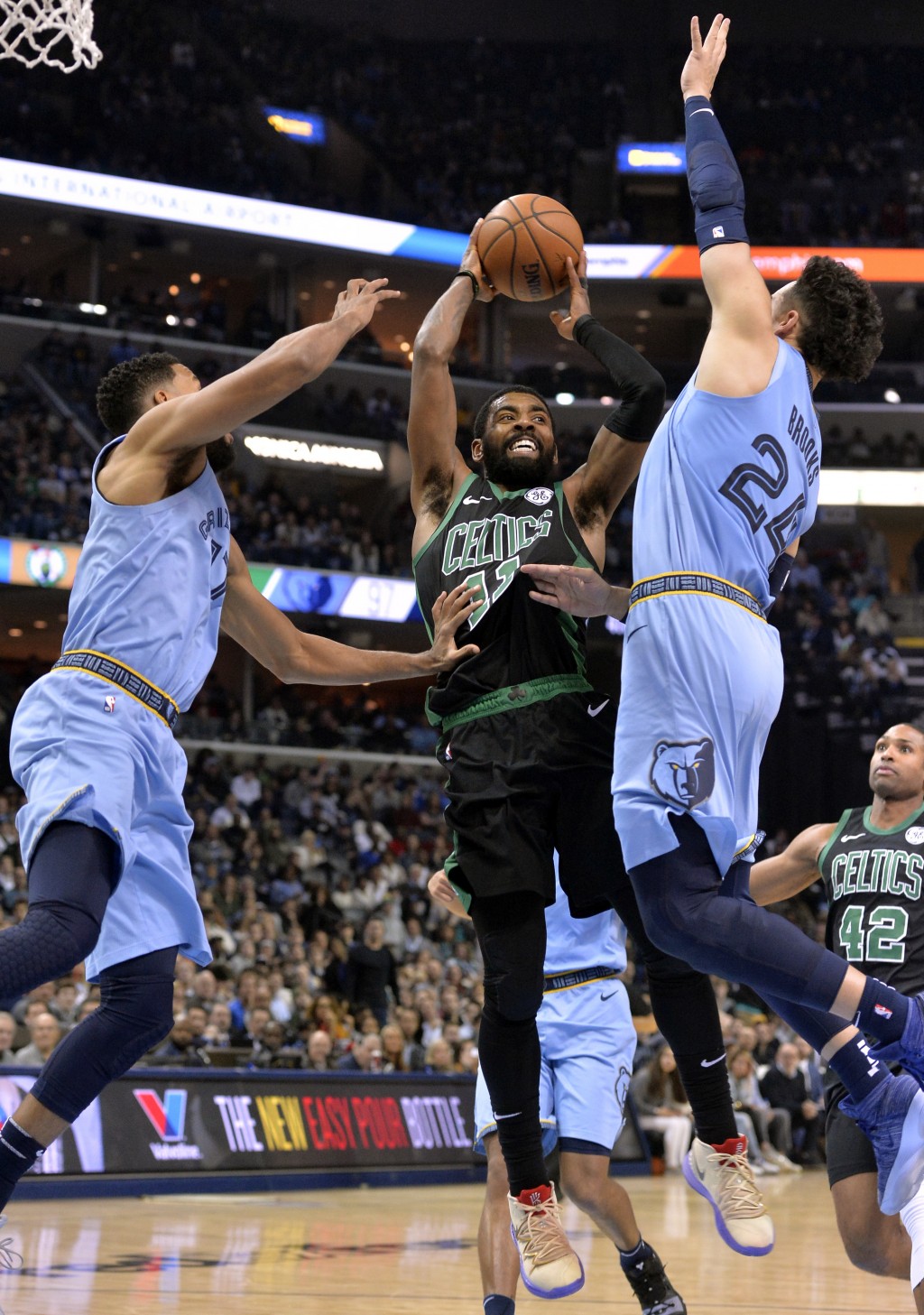 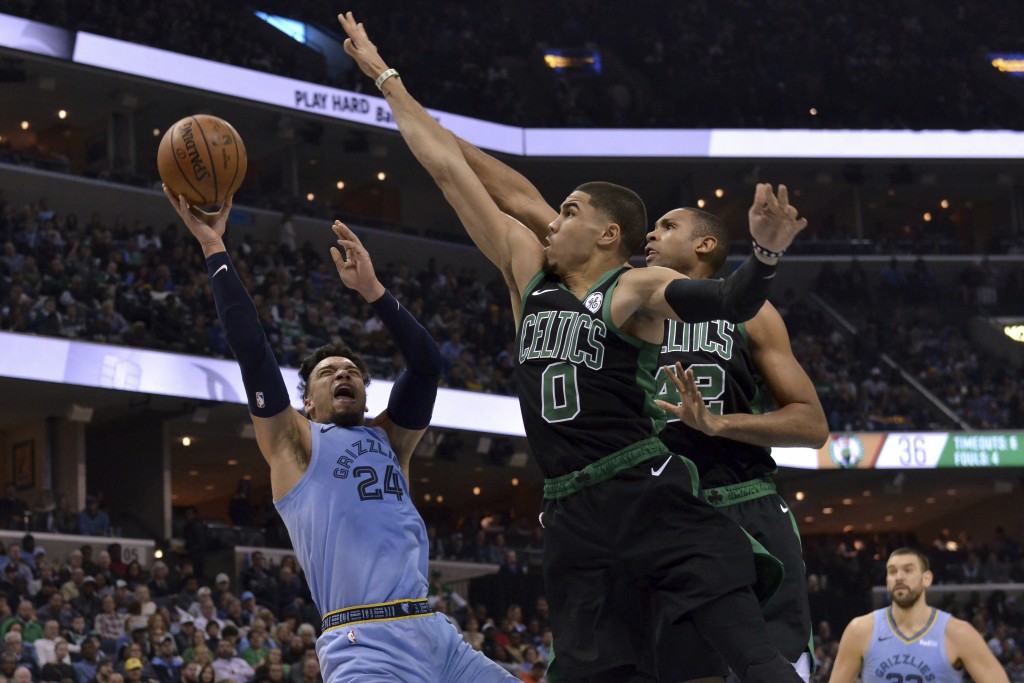 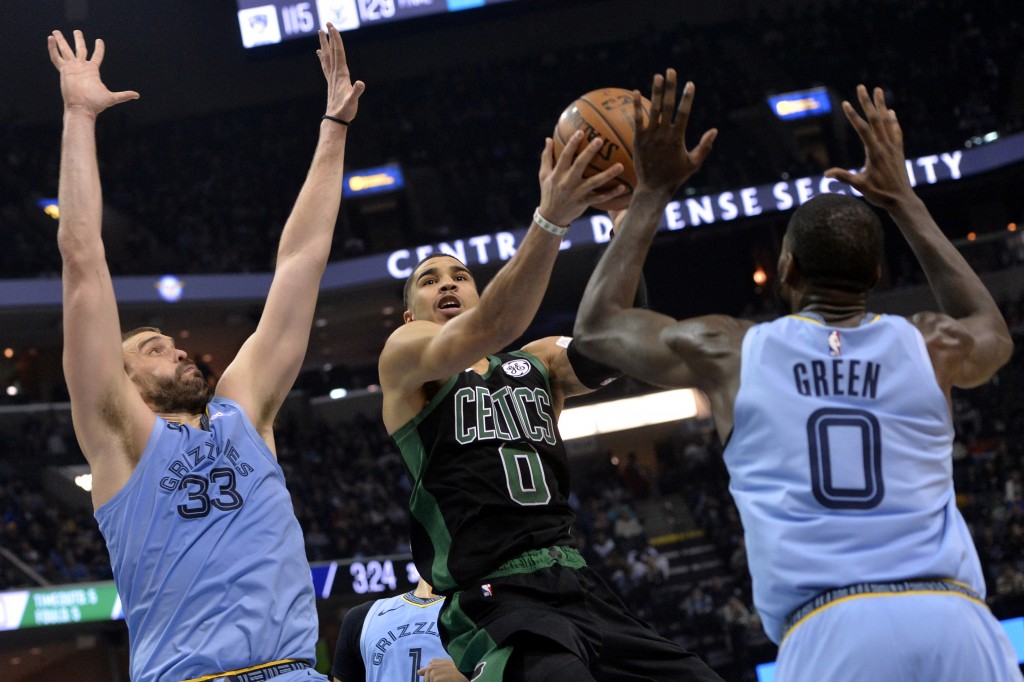 MEMPHIS, Tenn. (AP) — Kyrie Irving had 26 points and 13 assists, Al Horford added 18 points, including a pair of key 3-pointers in the closing 1:32, and the Boston Celtics rallied for a 112-103 victory over the Memphis Grizzlies on Saturday night.

Marcus Morris scored 22 points for Boston, and Gordon Hayward had 14 off the bench.

Irving scored 22 in the second half for the Celtics, who trailed by 19 early in the second half but force the Grizzlies into 1-for-16 shooting to start the fourth. A pair of layups by Irving erased the Memphis lead at the midway point of the period.

The teams exchanged the lead five times in the quarter before baskets from Morris and Hayward gave Boston a slight edge. Horford's 3-pointer with 1:32 left gave Boston a 103-99 lead and another one with 34 seconds left — his fifth of the night — ended Memphis' hopes.

Memphis played a solid first half to carry a 64-47 lead at the break. The Grizzlies shot 65 percent for the half, despite going 4 of 13 from outside the arc.

Conley had 12 and Gasol and Jackson added 11 apiece for Memphis.

Meanwhile, Boston was at 45 percent. No Celtics had reached double figures, and Irving, who entered the game averaging 23.3 points, was stymied at four points on one field goal and a pair of free throws.

Irving would become much more a part of the Boston offense in the third quarter, scoring 12 points. That helped Boston whittle away at what was once a 19-point lead just after halftime. Memphis committed eight turnovers in the period and its lead was down to 87-79 after three.