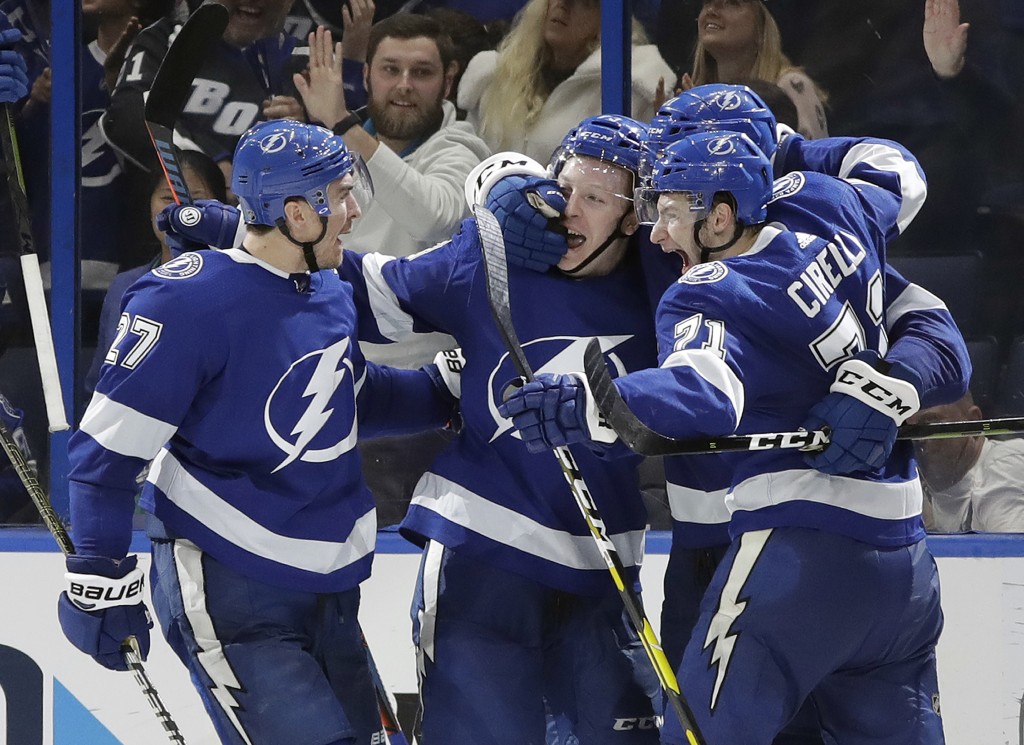 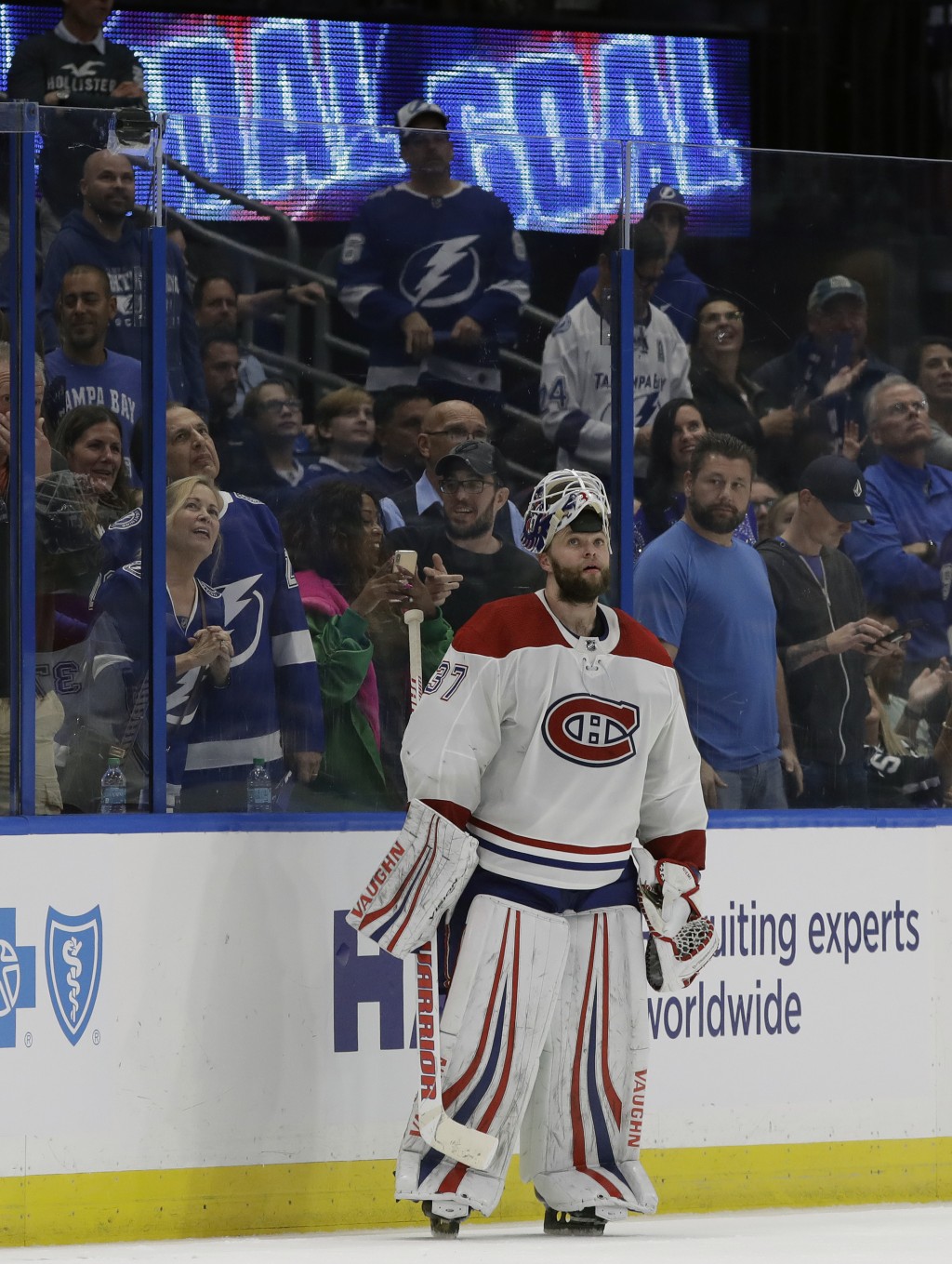 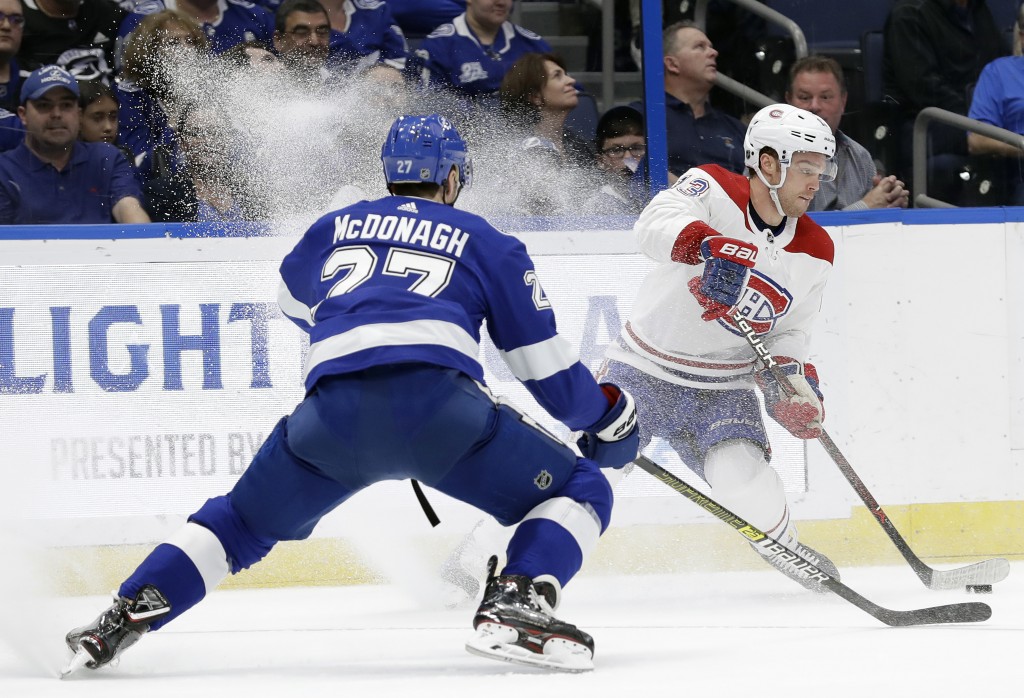 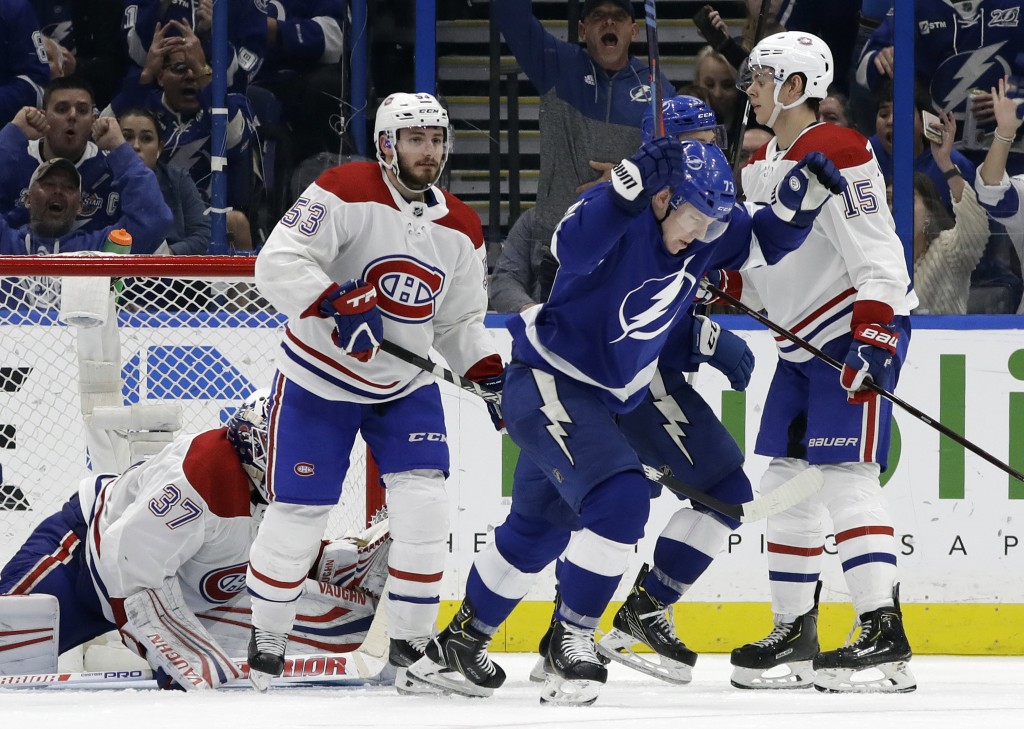 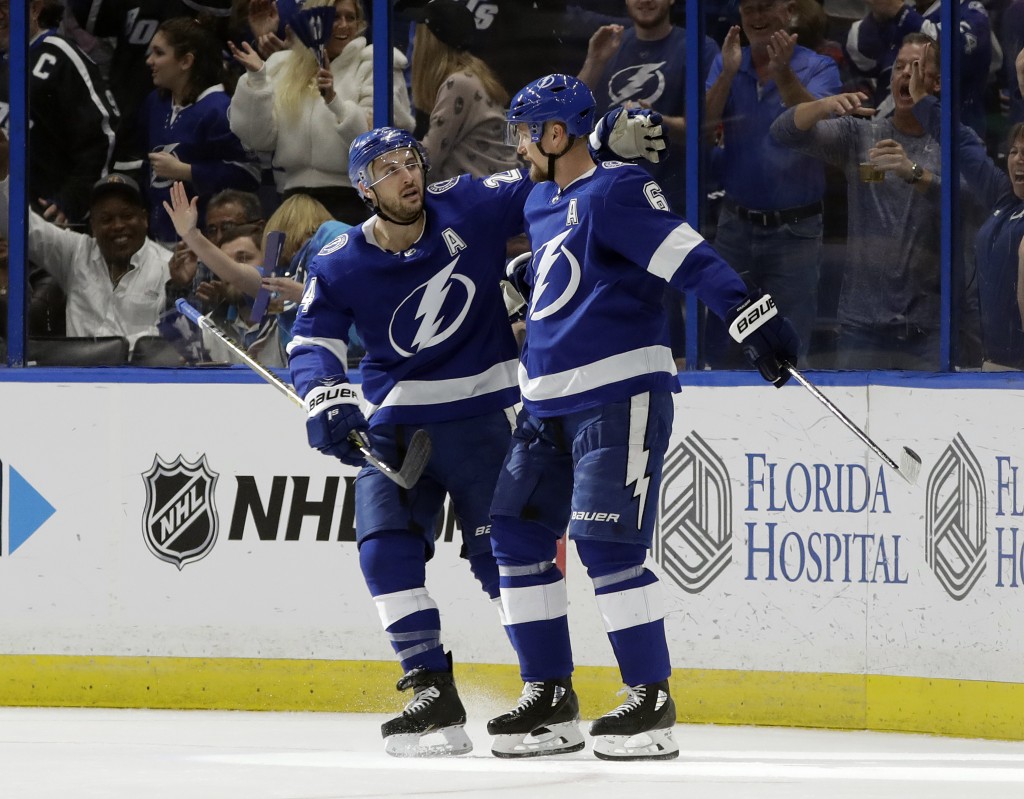 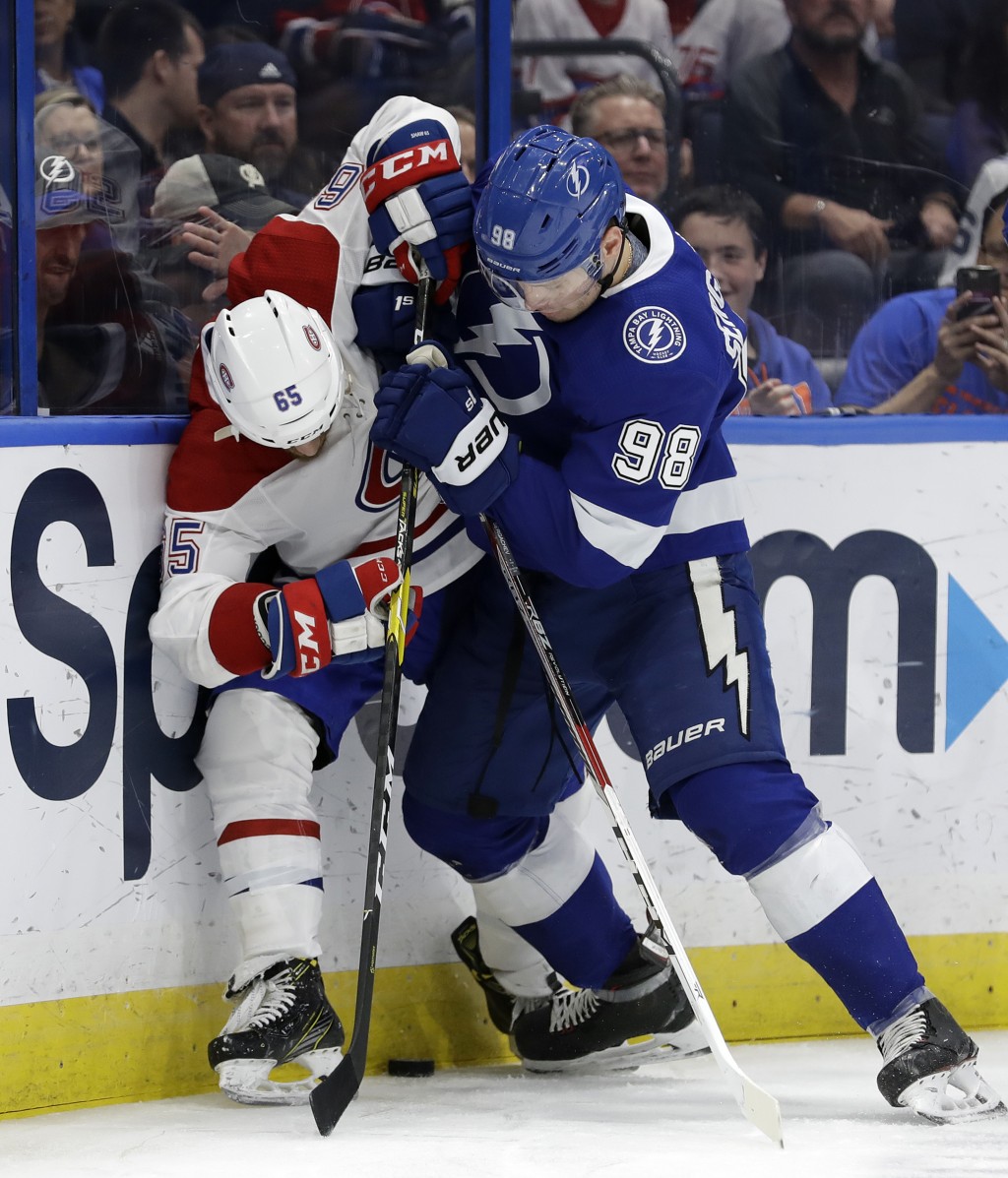 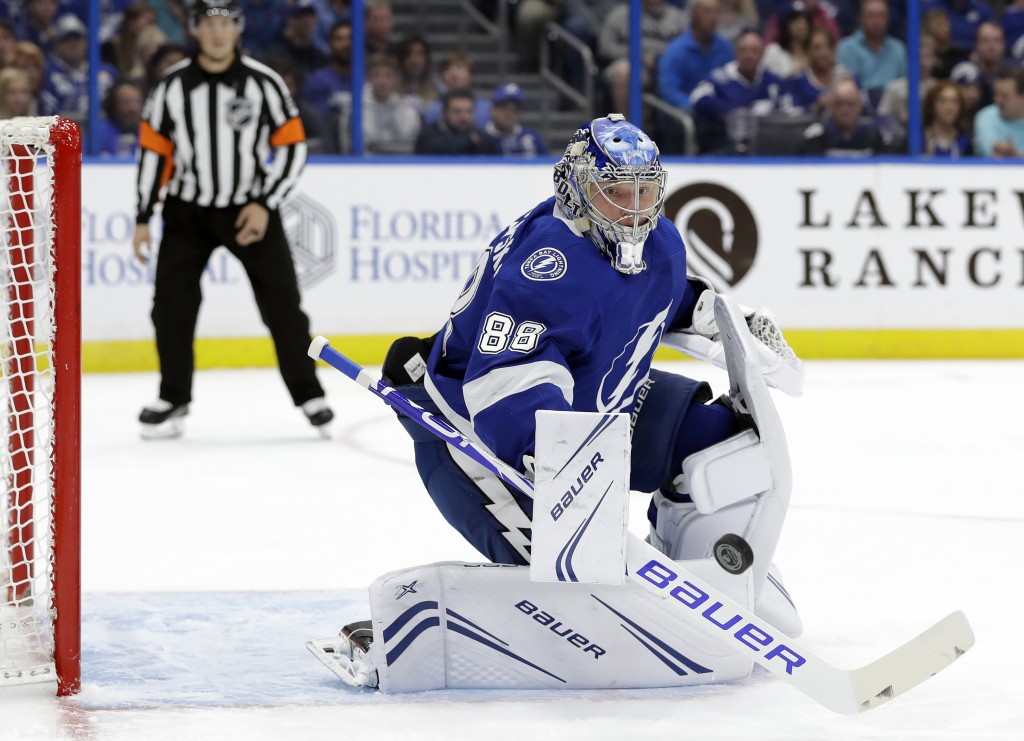 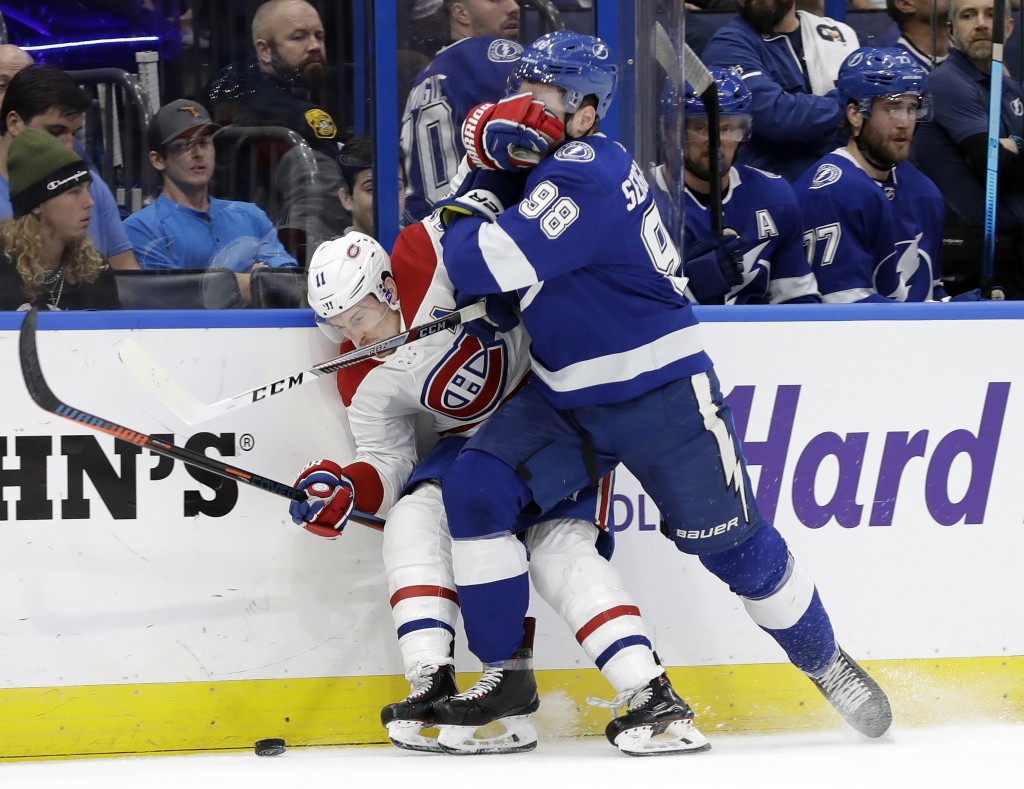 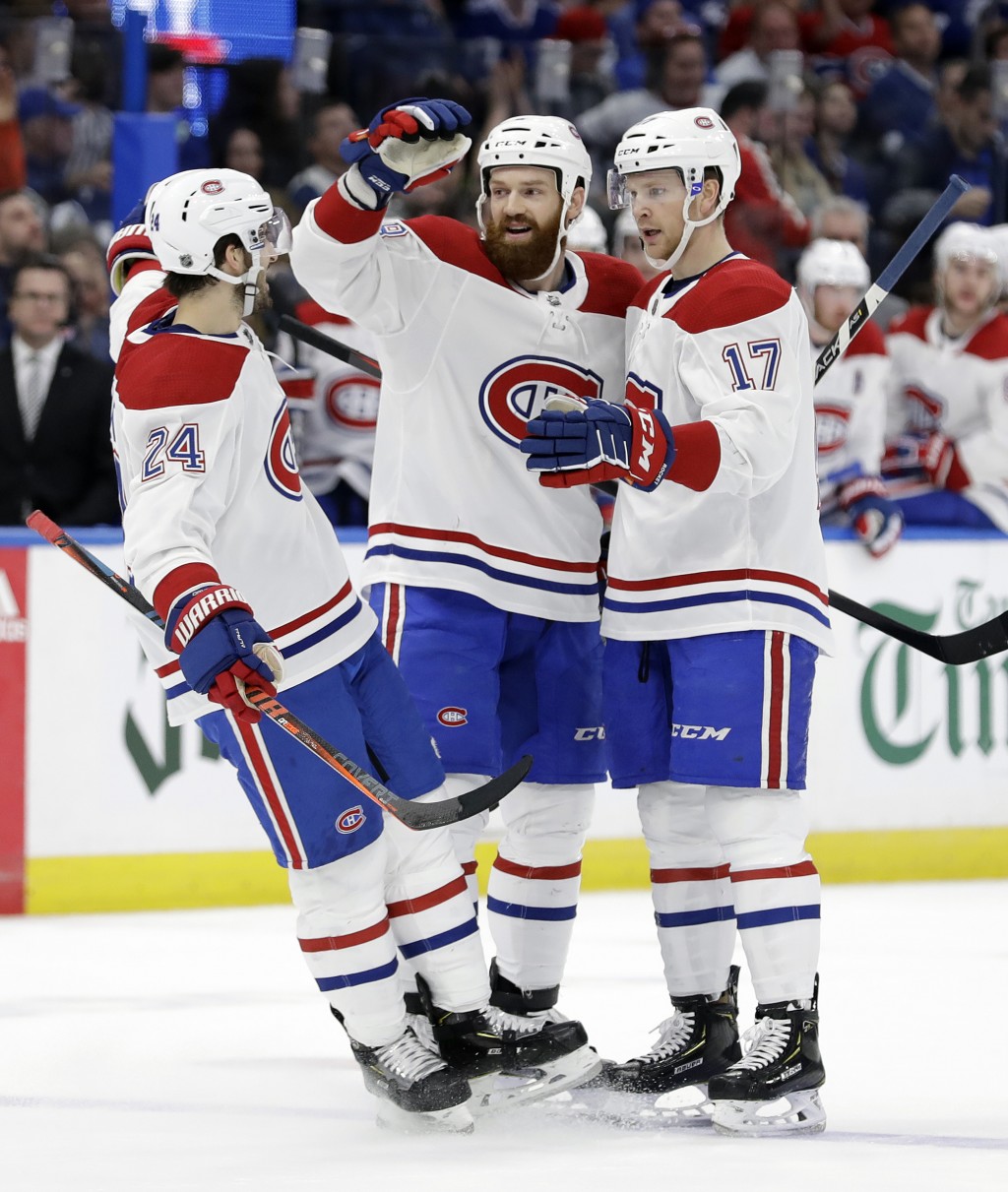 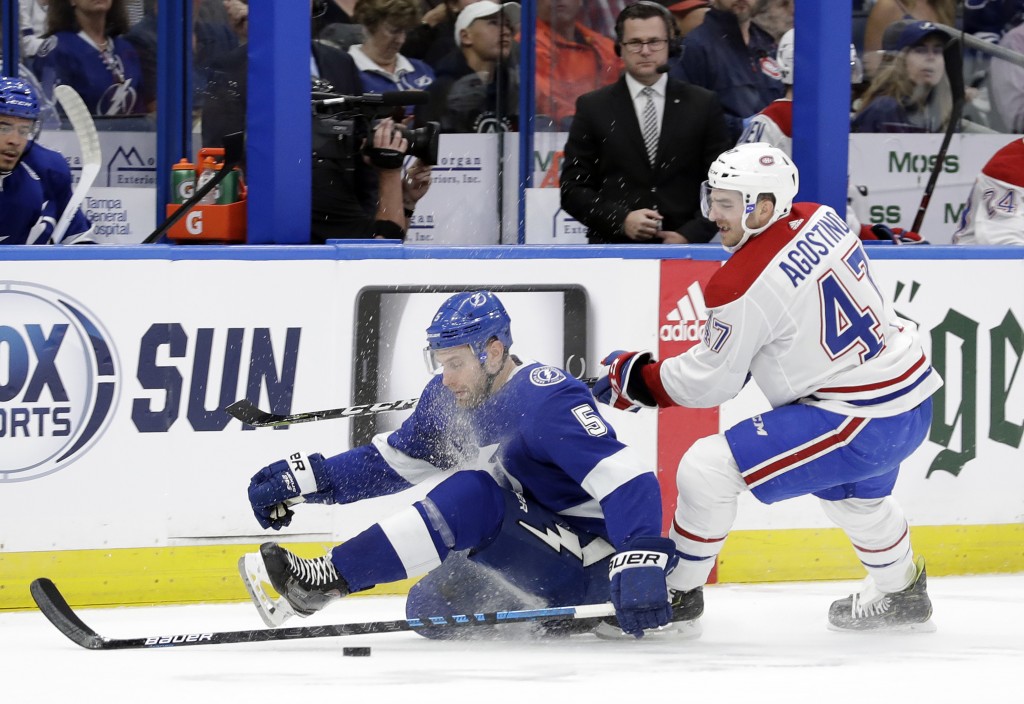 TAMPA, Fla. (AP) — Adam Erne scored twice in the third period, including the go-ahead goal with 1:02 left, and the NHL-leading Tampa Bay Lightning extended their point streak to 14 games with a 6-5 victory Saturday night over the Montreal Canadiens.

After tying it 5-all at 9:36 of the third, Erne got the winner from the right circle.

Nikita Kucherov extended his point streak to 10 games (six goals, 15 assists) with a goal and an assist for Tampa Bay. He is the 14th player in NHL history to post multiple point streaks of 10 or more games in consecutive seasons. The only other player to do so since 1994-95 is Pittsburgh's Evgeni Malkin (2007-08 and 2008-09).

The Lightning, who are 13-0-1 during their current run, also got goals from Yanni Gourde, Anton Stralman and Tyler Johnson. Andrei Vasilevskiy made 33 saves.

Kucherov had a power-play goal and Johnson added one at even strength 38 seconds later as Tampa Bay grabbed a 4-3 lead 8½ minutes into the second.

Montreal took a 2-0 lead midway through the first when Shaw, on the power play, and Agostino scored 16 seconds apart.

After Tampa Bay got goals from Gourde and Stralman, Benn ended a 27-game goal drought to put the Canadiens up 3-2 with 2:25 left in the first.

Montreal was without injured goalie Carey Price for the second consecutive game. The 301-game winner has a lower-body injury and didn't make the trip.

NOTES: Kucherov has three goals and eight assists over his last three games. . Agostino halted a 17-game goal drought. . Tampa Bay D Mikhail Sergachev played after he was hit on the left knee by a shot Thursday. . Stralman got his first goal in 16 games.

Canadiens: Play at Dallas on Monday night. Price will also sit out that game.