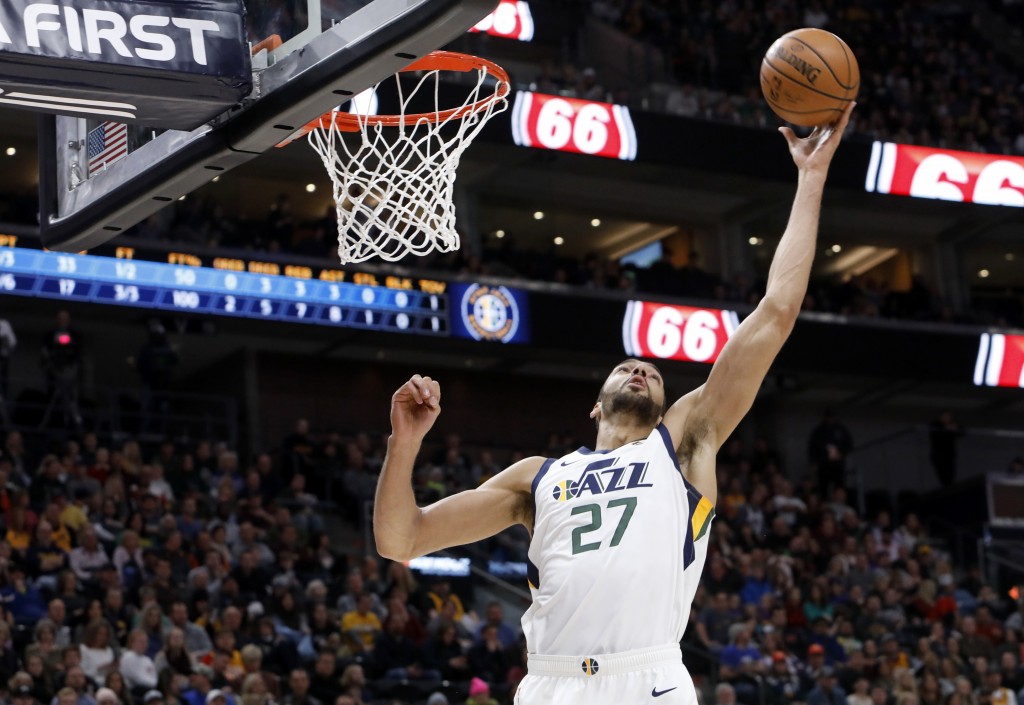 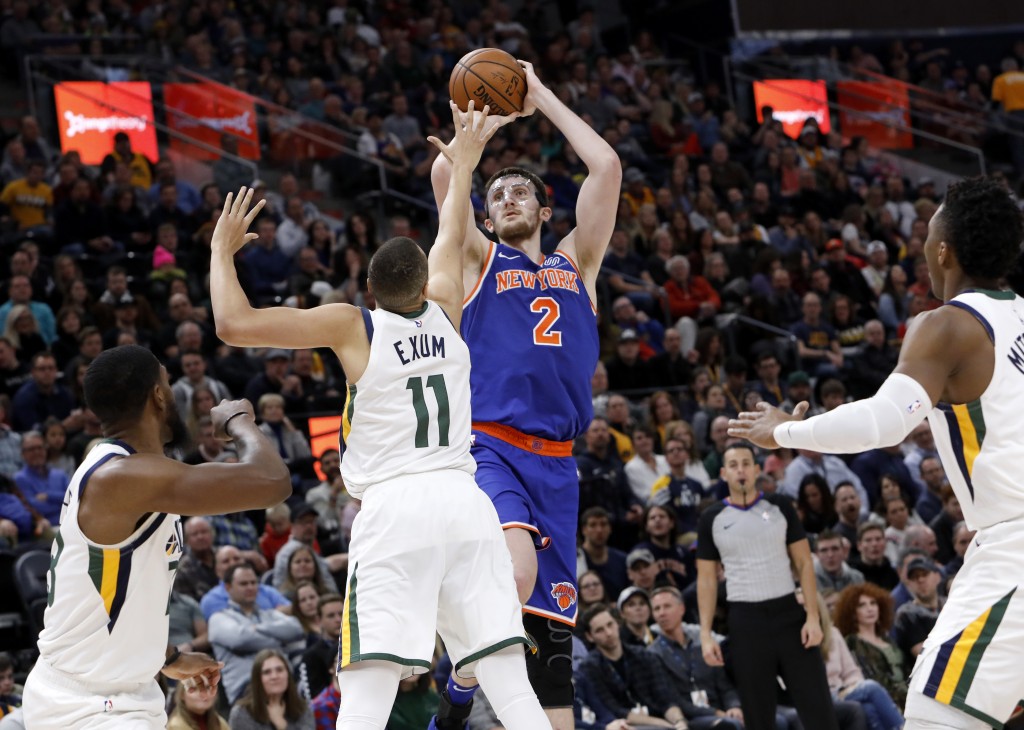 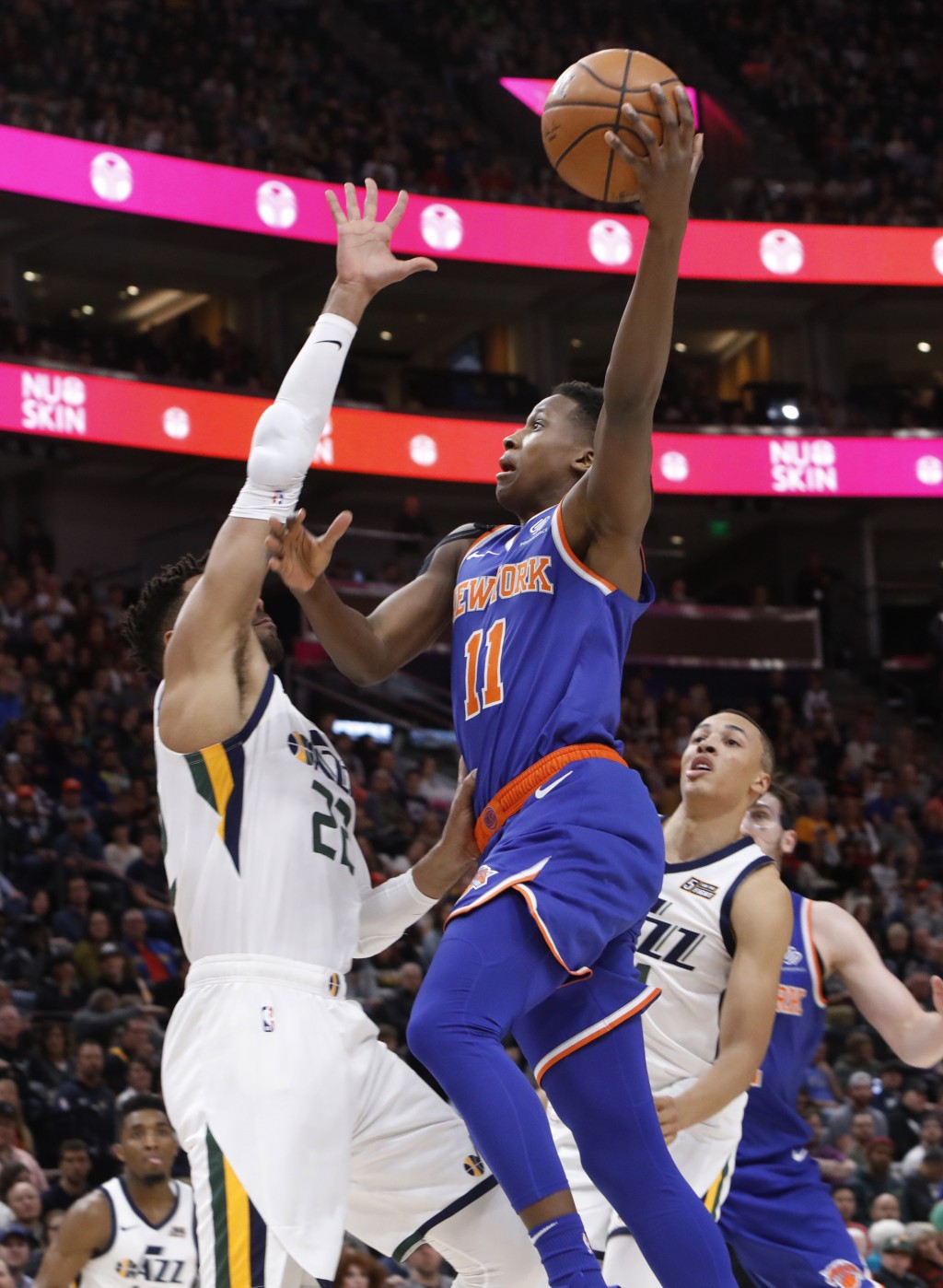 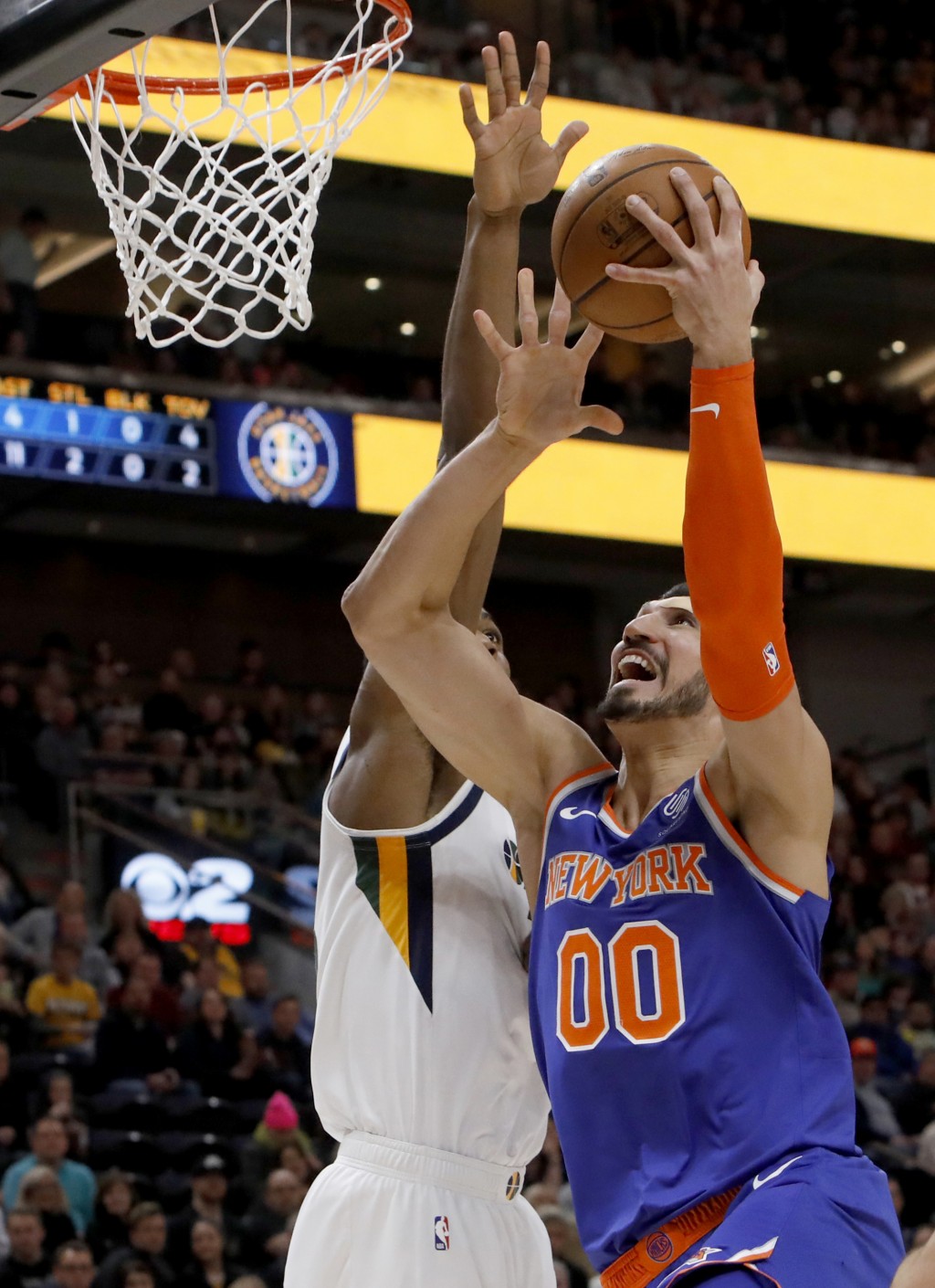 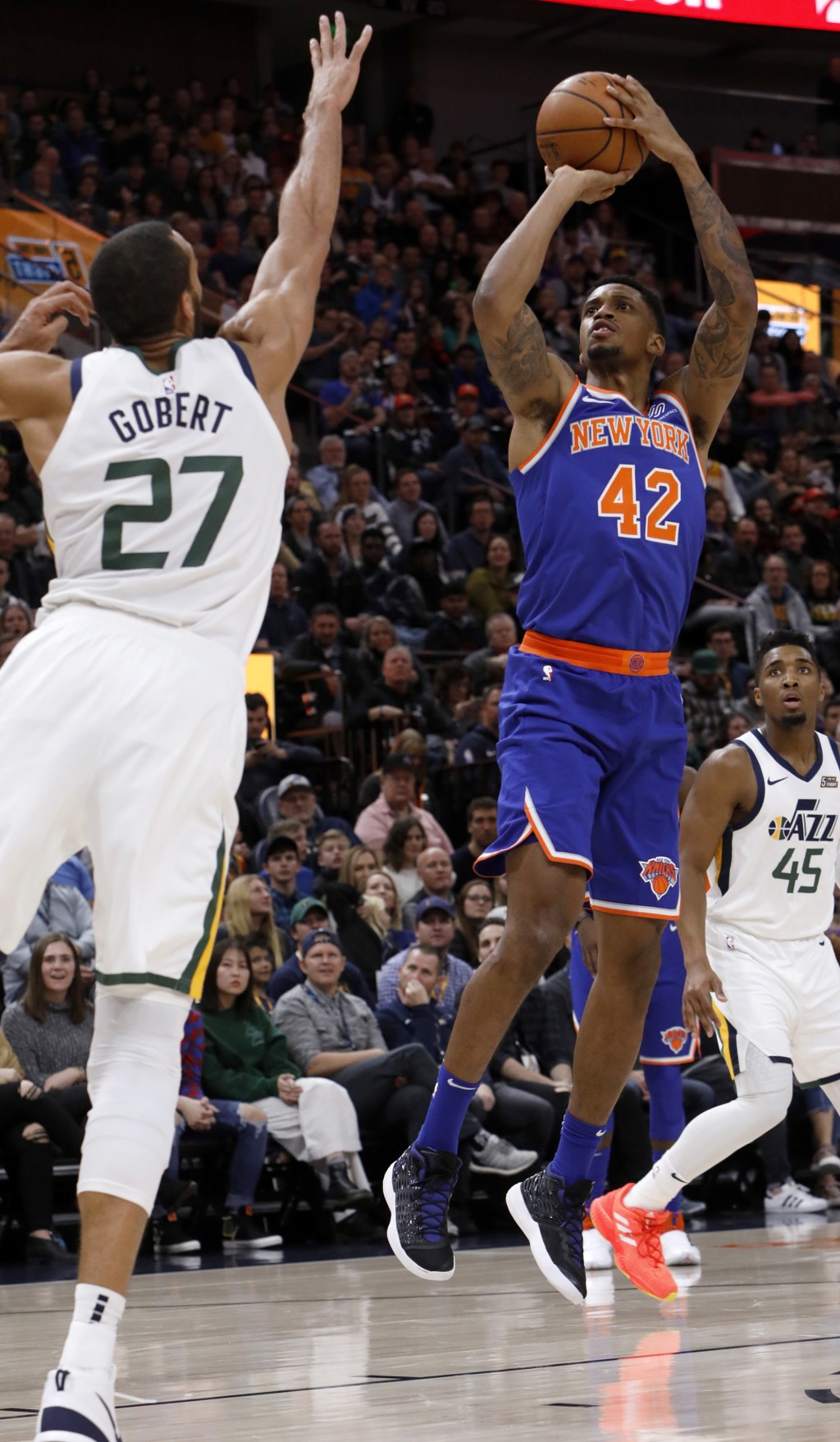 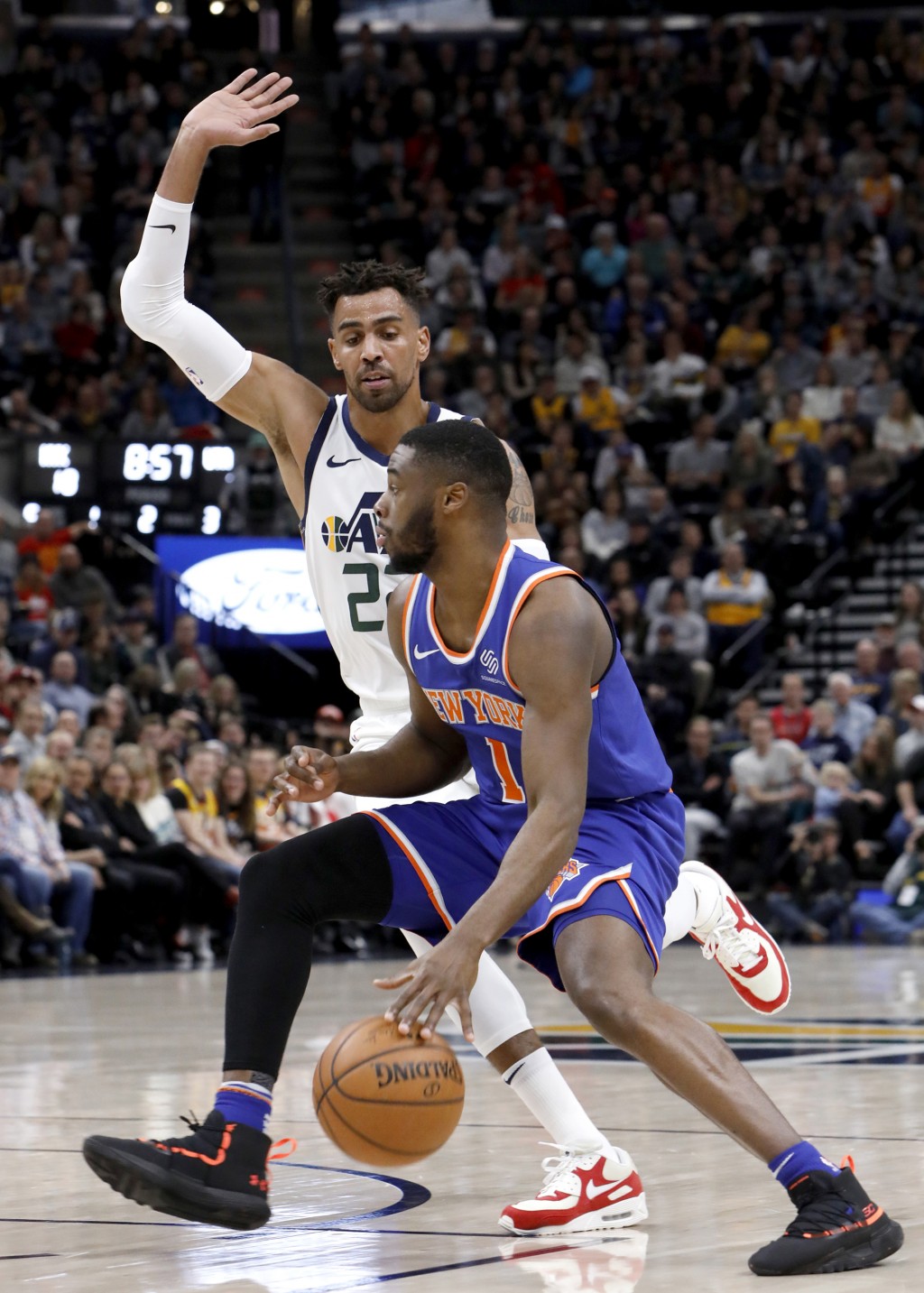 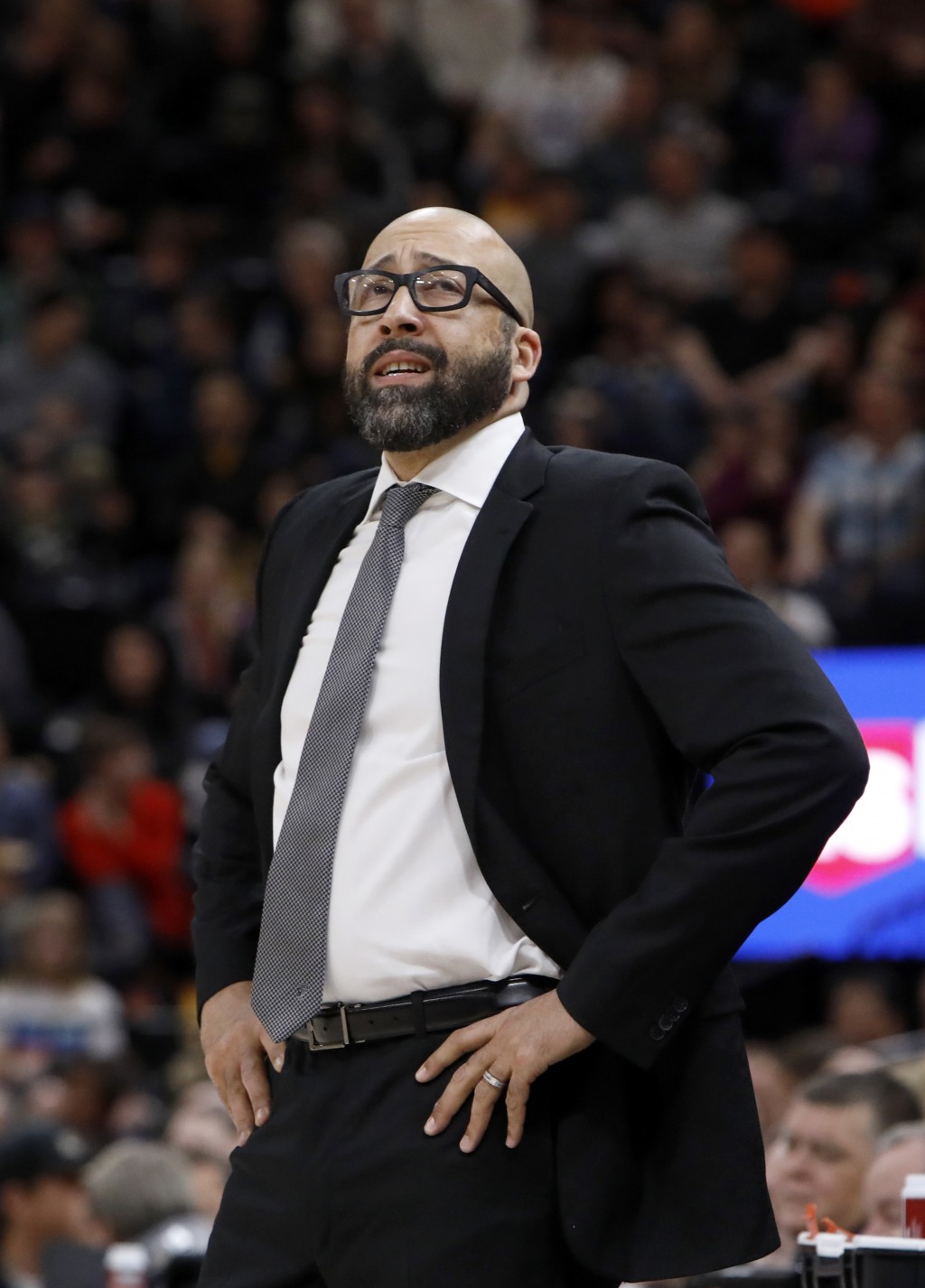 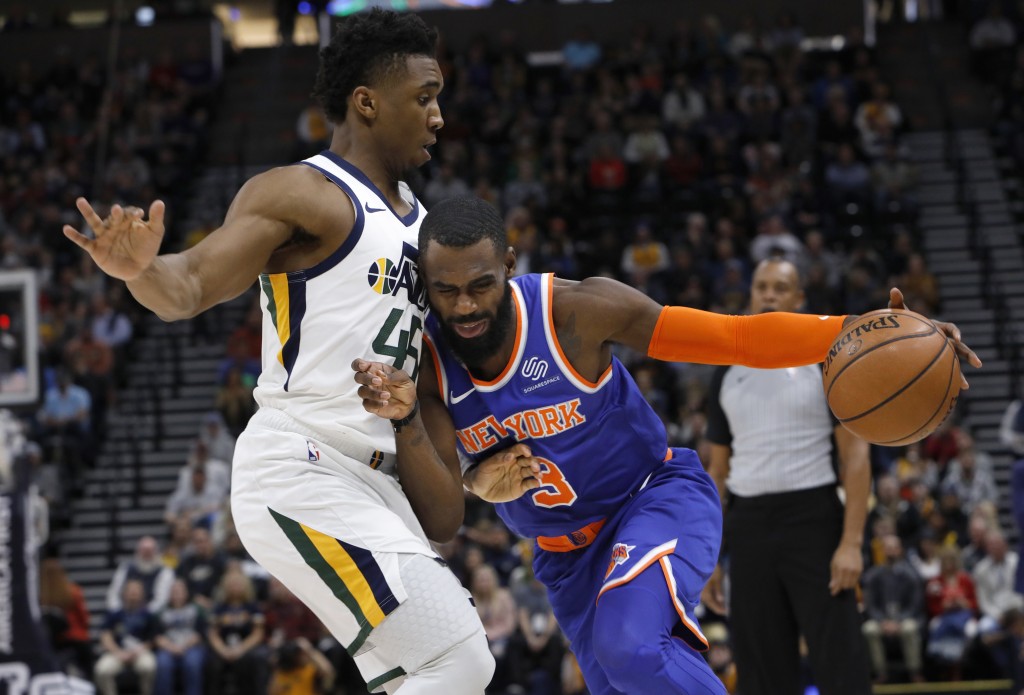 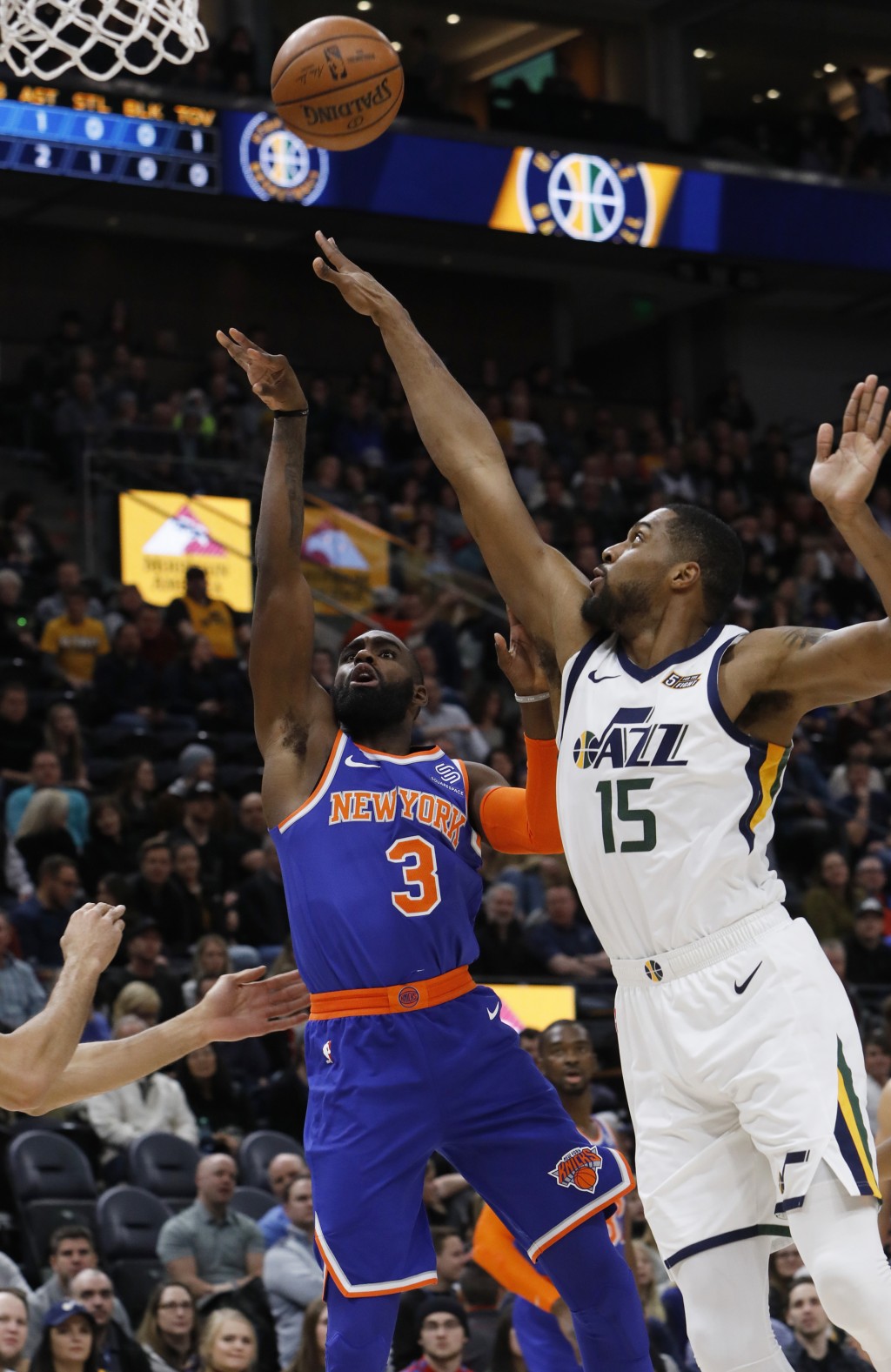 Dante Exum scored 13 points and had a career-high 13 assists in his first start of the season. Exum filled in for Ricky Rubio, who sat out with lower back and left knee contusions.

Donovan Mitchell added 15 points and Kyle Korver chipped in 15 off the bench for the Jazz, who won for the sixth time in seven home games.

The Jazz outscored New York 70-26 in the paint, matching a franchise record for points in the paint, and finished with a 60-35 rebounding advantage.

Tim Hardaway, Jr. scored 18 points and Luke Kornet added 14 in his second start for the Knicks. New York lost its seventh straight. The Knicks have one win in their last 13 games overall.

Utah quickly took control of the game, hitting its first six baskets in the paint and scoring 24 points in the paint by the end of the first quarter. Gobert led the way, scoring 16 points on 6-of-7 shooting in the period.

Gobert's last three baskets in the quarter were part of a 17-5 run that pushed Utah to a double-digit lead. Korver punctuated the run with a 3-pointer from the corner that put the Jazz up 30-14.

New York trimmed the deficit to 82-60 on a 3-pointer by Hardaway late in the third quarter. But, that's as close as the Knicks got in the second half.

Utah answered with a 15-3 run, punctuated by baskets from Raul Neto and Royce O'Neale, for a 97-63 lead in the final minute of the third quarter.

Knicks: New York's 37-point halftime deficit was the second-largest in franchise history. . Over his last 10 games, Kevin Knox is averaging 18.7 points and 6.3 rebounds. He totaled 12 points and five rebounds against Utah. . The Knicks finished with a 13-6 edge in fastbreak points.

Jazz: Jae Crowder missed his first game of the season with a left thumb contusion. . The Jazz outscored the Knicks 21-8 in second-chance points. . Tony Bradley made his season debut. The second-year center finished with three rebounds and zero points on 0-of-3 shooting in nine minutes.