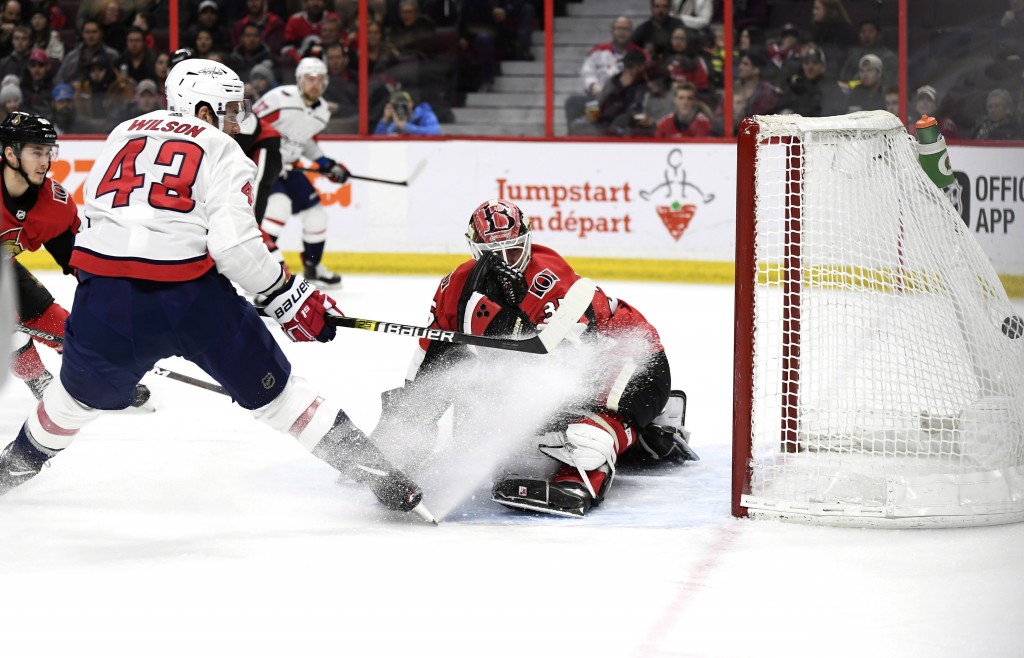 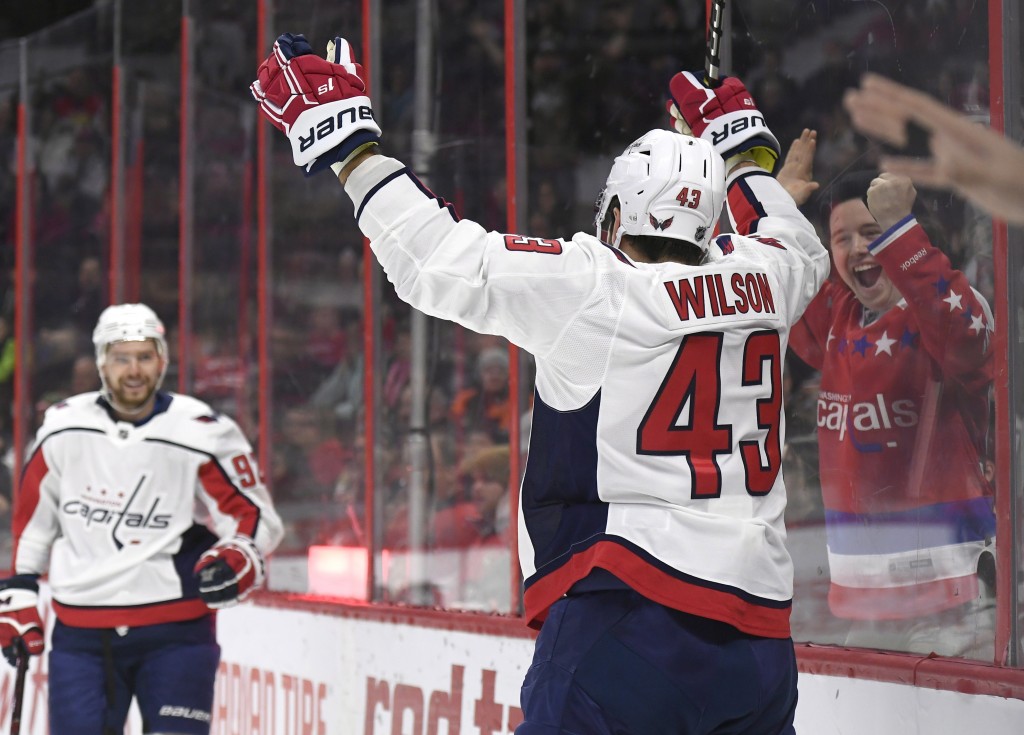 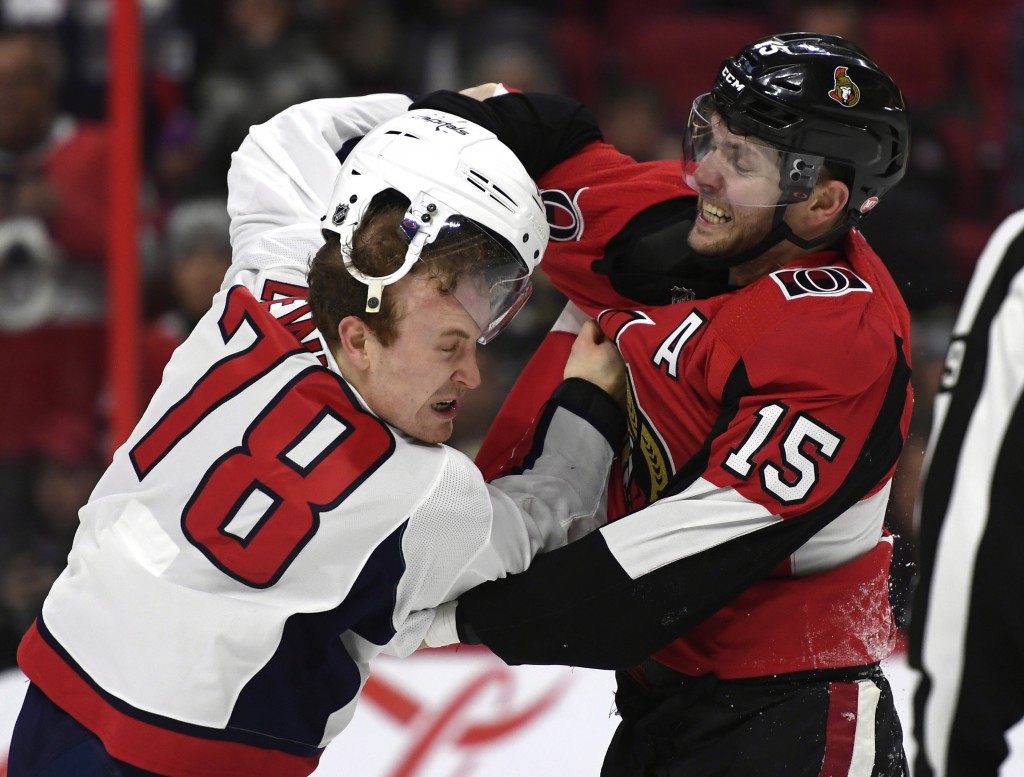 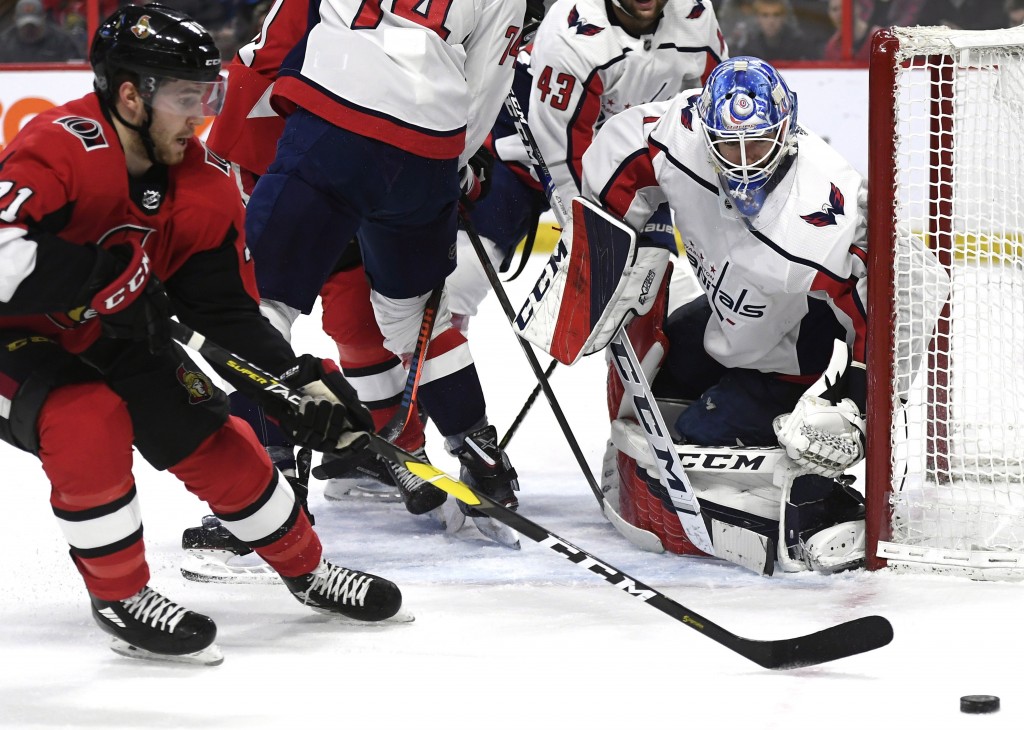 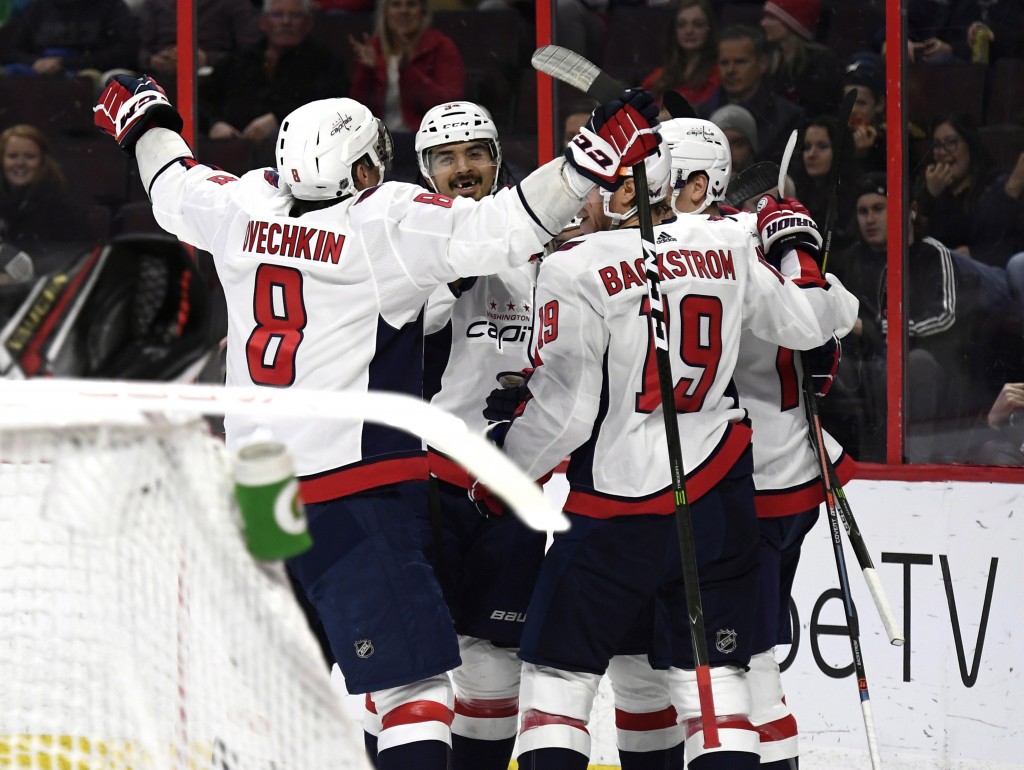 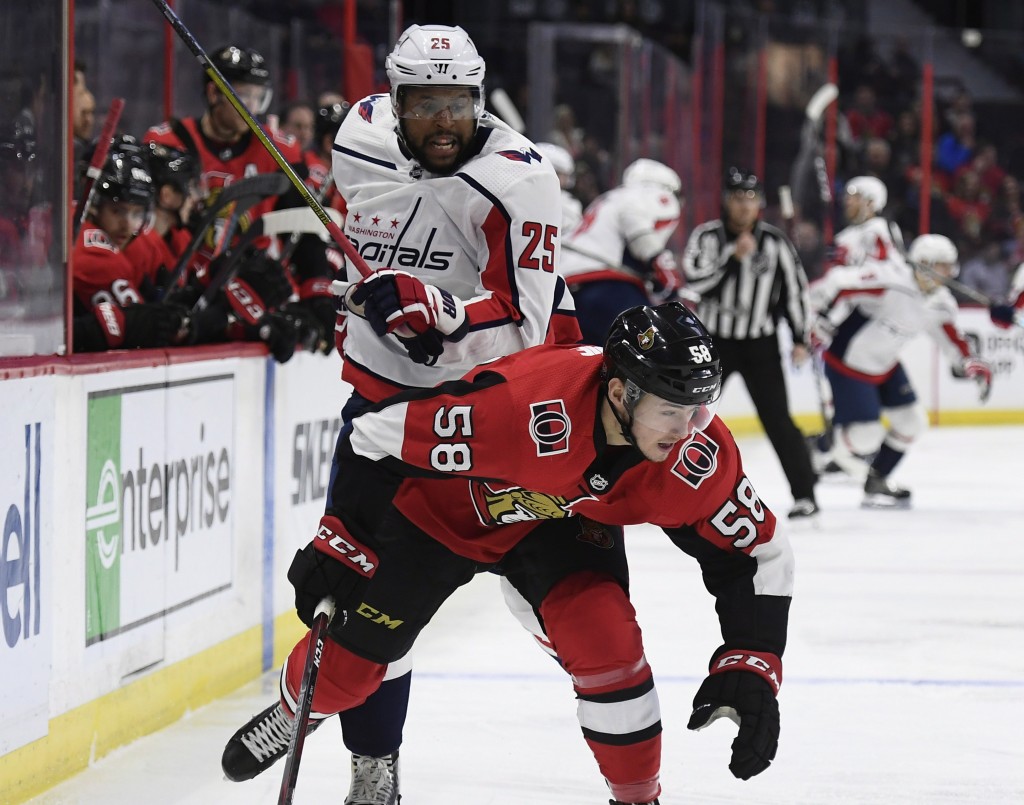 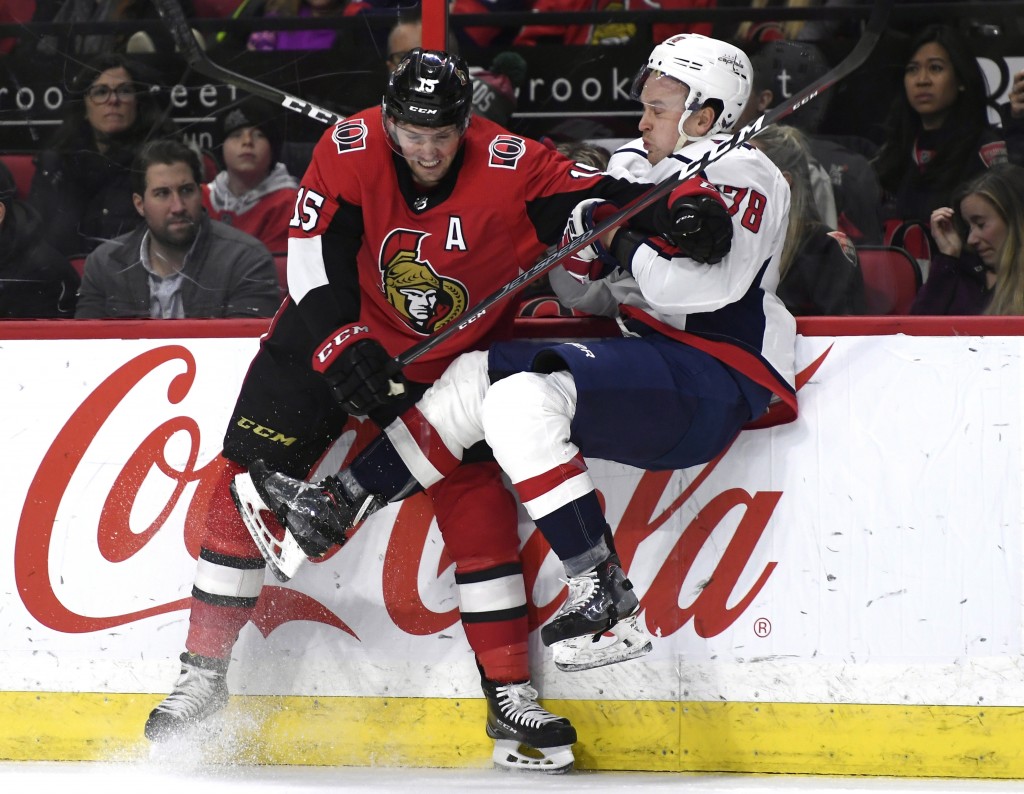 OTTAWA, Ontario (AP) — Tom Wilson and Tyler Lewington each had a goal and an assist to lead the Washington Capitals over the short-handed Ottawa Senators 3-2 on Saturday.

The Capitals have won four straight, and the Senators have dropped four in a row.

Madison Bowey also scored for the Capitals, and Pheonix Copley made 31 saves.

The Senators were without top defenseman Thomas Chabot and fellow blue-liner Christian Jaros following injuries Friday in a 6-3 loss to the New York Islanders. Jaros broke a finger, and Chabot was placed on injured reserve with an upper body injury following a hit from Islanders forward Matt Murray in the second period. Both players are expected to miss 3 to 4 weeks.

The Senators had goaltender Marcus Hogberg making his first NHL appearance. Hogberg made 21 saves, and Colin White and Mark Stone scored for the Senators, who are last in the Eastern Conference.

Stone scored at 16:30 of the third period, creating a white-knuckle finish.

The Edmonton-born Lewington played in his second NHL game. He had an assist on the game's opening goal by Wilson at 7:12 of the first period for the first point of his career and whistled a shot past Hogberg at 16:00 for his first NHL goal.

Late in the second period, he got his first fighting major in a bout with Zack Smith, giving Lewington a Gordie Howe hat trick.

Bowey gave the Capitals a 3-0 lead just 61 seconds into the second period when he skated in from the point and beat Hogberg with a shot from the top of the faceoff circle.

It was the first goal of Bowey's career.

The Senators got one back when White was credited with a goal at 4:22 of the second after a Washington challenge for goaltender interference was dismissed.

Senators rookie Brady Tkachuk earned an assist on that goal but just 33 seconds later was knocked to the ice by a hit to the head from Bowey. Tkachuk immediately jumped to his feet and received an instigator minor, fighting major and misconduct for going after Bowey. He drew a loud cheer from the home crowd when he left the penalty box three minutes into the third.

NOTES: The Capitals have won the past four meetings between the two teams. ... Saturday was the second of three meetings between teams this season. The Capitals were 4-0 winners in Ottawa on Dec. 22 and they meet again in Washington on Feb. 26. ... The Senators recalled Ds Stefan Elliott and Christian Wolanin from Belleville of the AHL on Saturday.