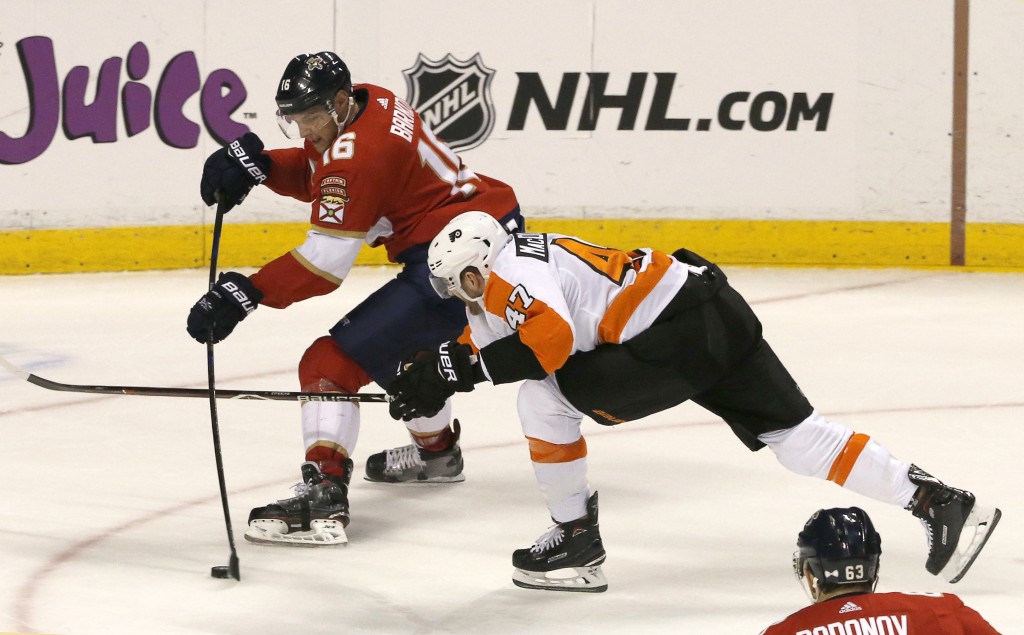 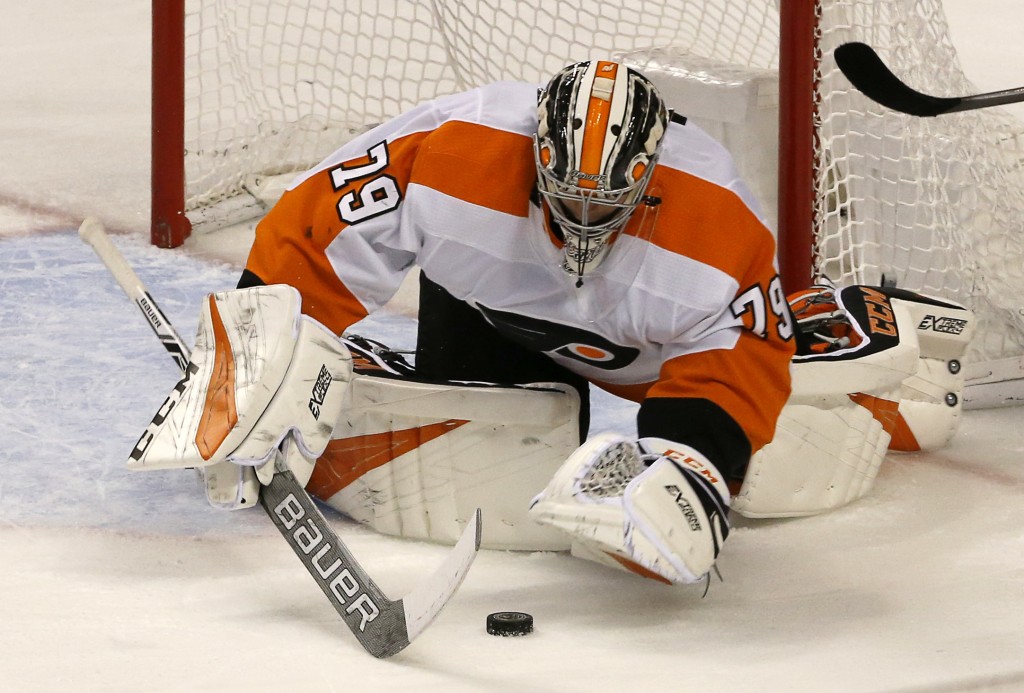 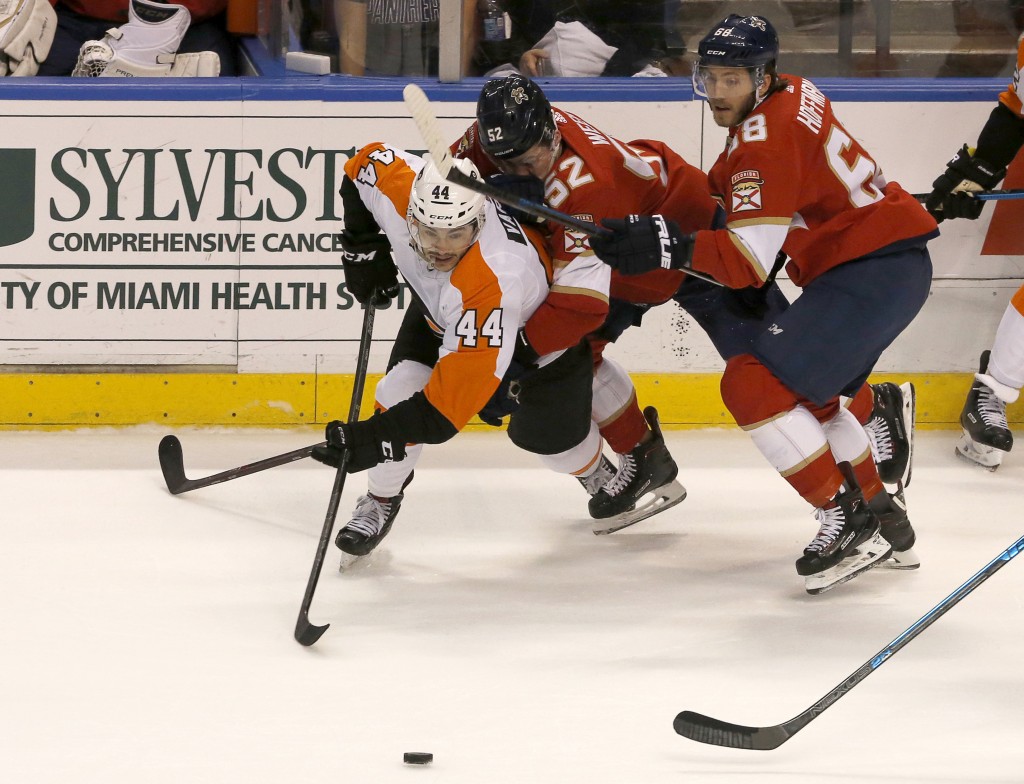 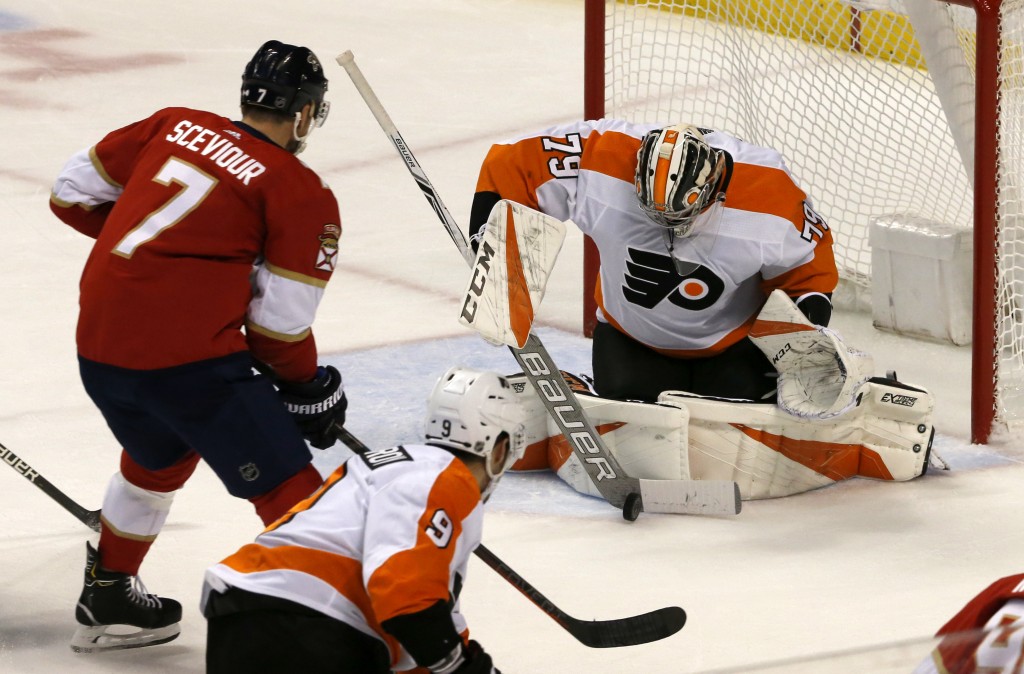 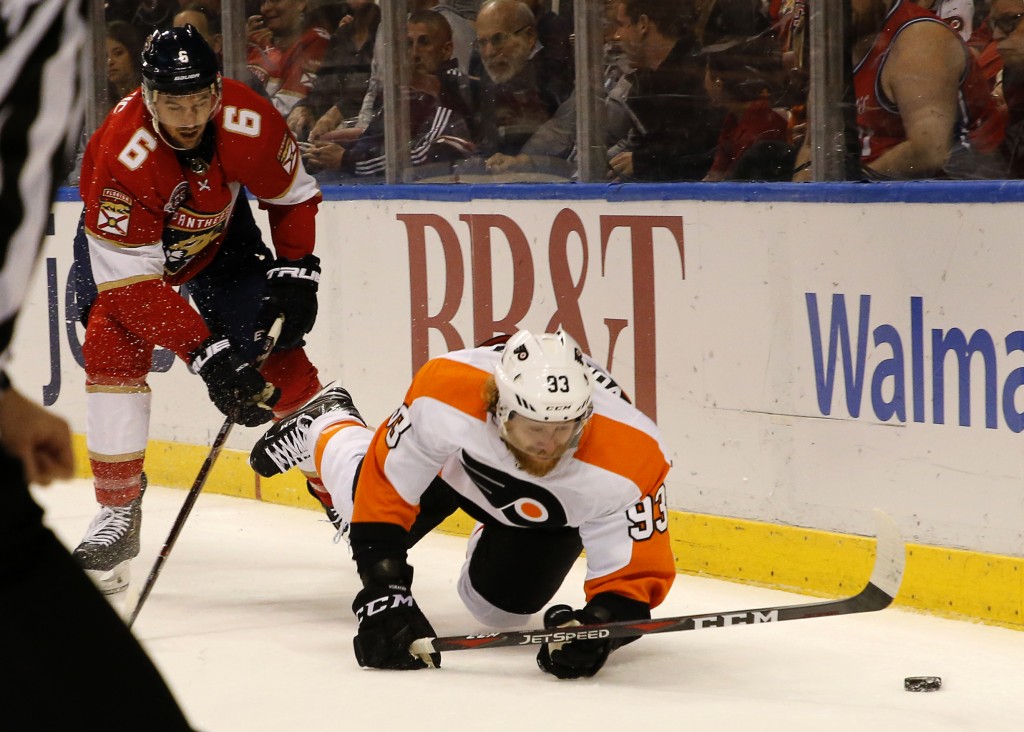 SUNRISE, Fla. (AP) — Jonathan Huberdeau scored with 1:06 left to cap a third-period rally and lift the Florida Panthers over the Philadelphia Flyers 2-1 on Saturday night.

Huberdeau scored his 10th goal by finishing a pass from Aleksander Barkov after Mike Hoffman scored a tying goal on the power play with just under seven minutes left.

Shayne Gostisbehere scored for the Flyers, who lost their second straight.

Barkov had two assists, and James Reimer stopped 34 shots. Carter Hart had 34 saves for the Flyers.

Just like the night before in a 5-3 home loss to Montreal, the Panthers fell behind in the opening minutes. Gostisbehere sent in his fifth goal after a pass from Jordan Weal on 3-on-2 rush at 1:45 of the first period.

Philadelphia killed 40 seconds of a 5-on-3 power play and the remaining 1:20 with the Panthers on the man advantage in the middle portion of the period.

Hart stood strong in the second period as the Panthers put nine shots on goal, with a few being good scoring chances. He kept the contest scoreless by stuffing Denis Malgin in the first minute after a slick drop-pass by defenseman Mike Matheson as he went behind the Flyers' goal.

The 20-year-old goalie denied Evgenii Dadonov twice in a minute — once point-blank from the middle of the slot at 14:03, the other when the Russian forward circled behind Hart's goal and lifted a high shot from in close that Hart held.

Florida's second-ranked power play finally put the Panthers on the board in the third period. Huberdeau slid a pass through the slot to Hoffman, who buried his team-leading 18th goal at 13:16 to tie it at 1.

NOTES: With Flyers third-line center Nolan Patrick (upper body) expected to be out the next four to five days, Weal centered a line between Scott Laughton and Michael Raffl after being out most of December. Weal, 26, had only played in two of the last 12 games. ... Scott Gordon is 3-2-1 since being named Philadelphia's interim coach on Dec. 17. ... Florida traded goaltender Michael Hutchinson to Toronto for a 2020 fifth-round draft pick. A free-agent acquisition, Hutchinson appeared in four games, logging a 1-1-2 record with a 4.18 goals against average and an .839 save percentage. ... Matheson played in his 200th NHL game.