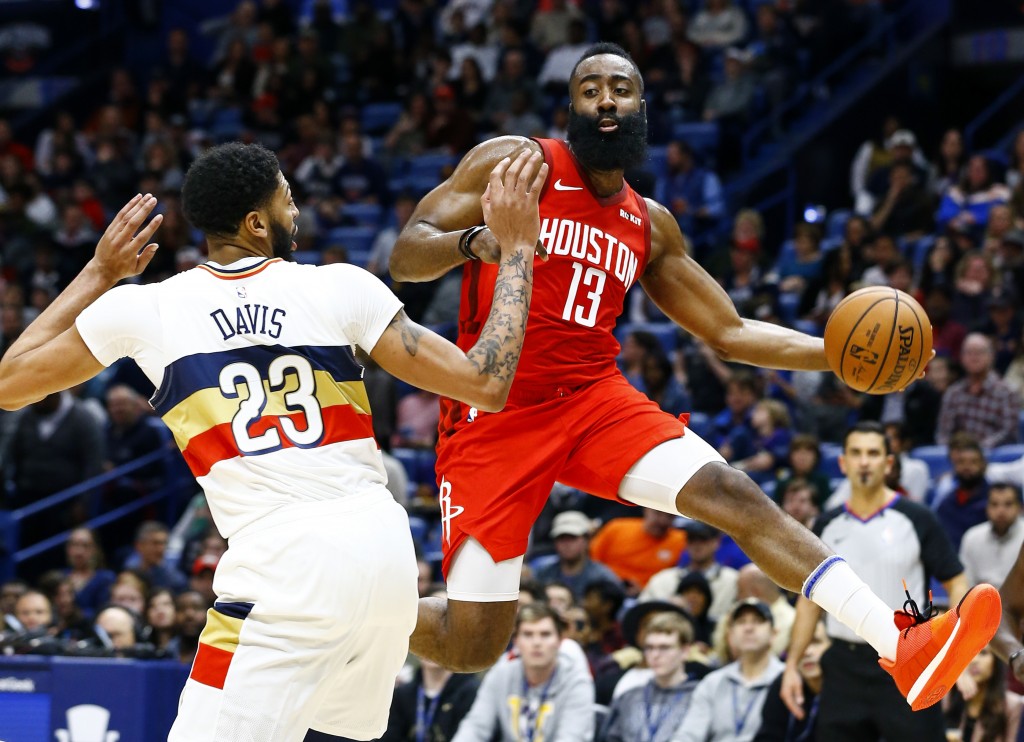 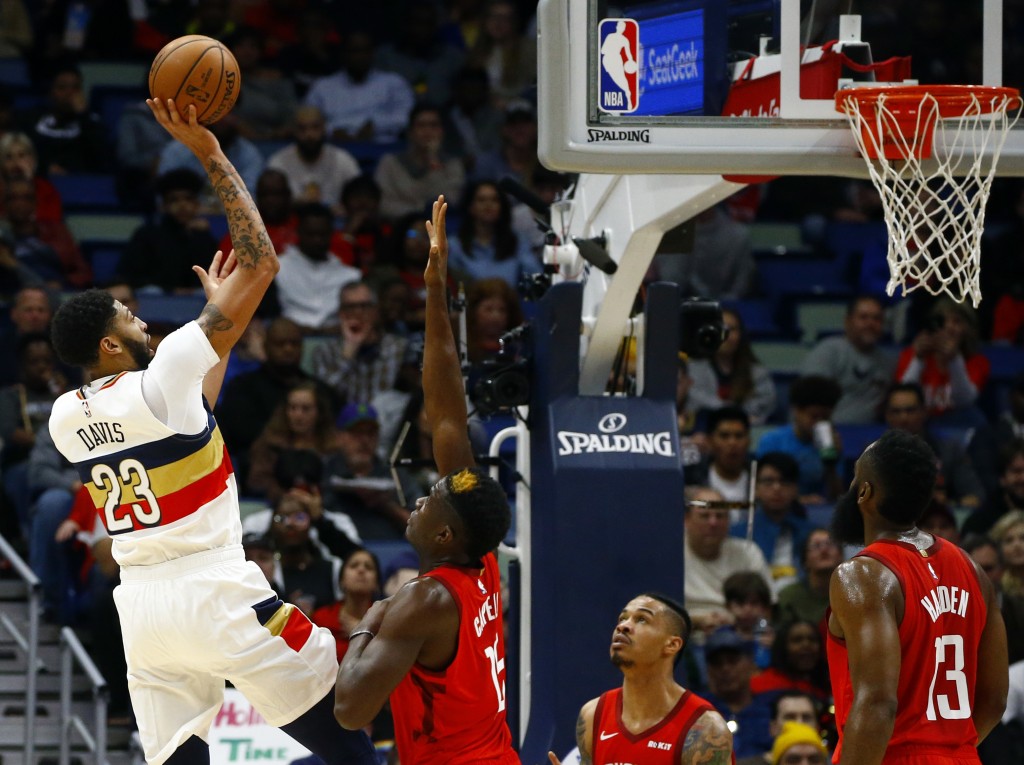 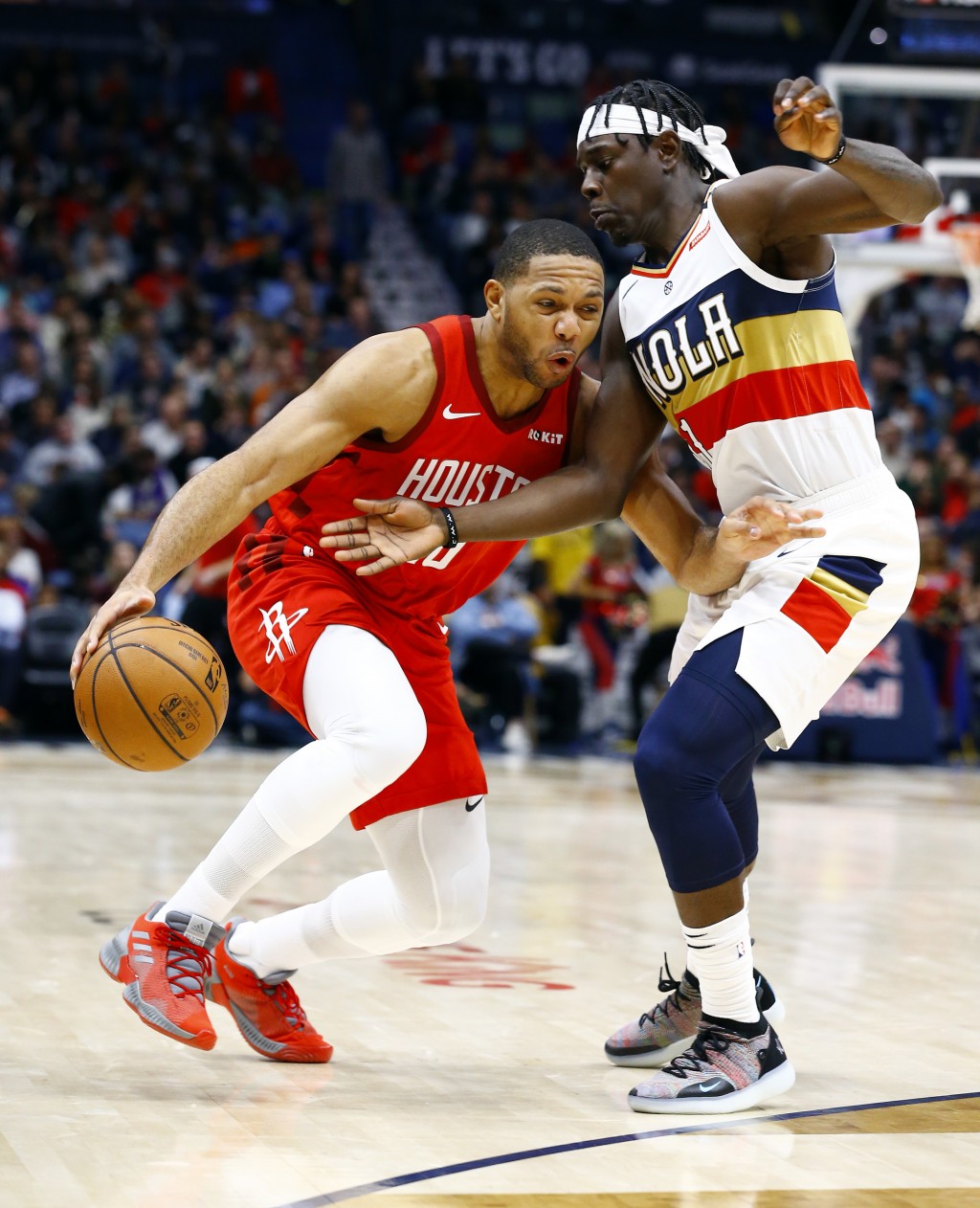 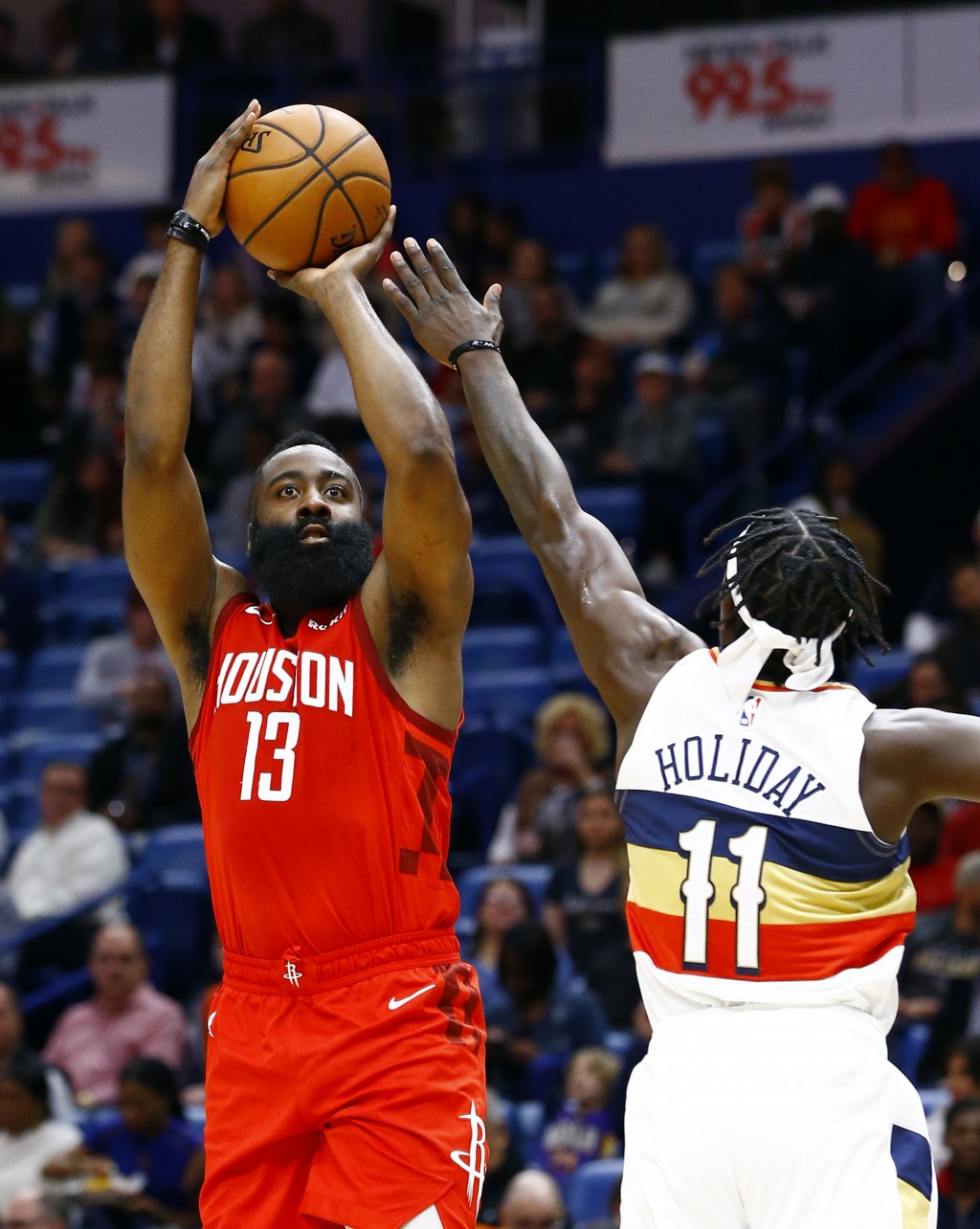 NEW ORLEANS (AP) — James Harden scored 41 points, becoming the first NBA player since Oscar Robertson to record at least 35 points and five assists in seven consecutive games, to power the Houston Rockets to a 108-104 victory over the New Orleans Pelicans on Saturday night.

Harden had 26 points in the first half and reached 40 for the third straight game. He was 7 for 16 from 3-point range, made all 14 free throws and added six assists.

Anthony Davis looked sluggish a night after scoring a season-high 48 points in a victory over Dallas, taking only five shots in the first half and finishing with 22 points. Julius Randle led the Pelicans with 23 points and 11 rebounds.

Houston led 77-76 after three and scored the first seven points of the fourth period, five coming from Danuel House Jr. on a reverse layup and an open 3-pointer. The Rockets extended their lead to 101-86 with 5:57 left, but the Pelicans went on a 13-2 run, with Davis scoring six, to cut the deficit to 103-99.

Harden torched the Pelicans for 17 points in the first quarter and added nine more in the second as Houston took a 53-50 halftime lead. Harden's 26 first-half points were more than half of the Rockets' scoring. The next closest teammate in scoring was Austin Rivers with eight.

The Rockets made 10 3-pointers, six more than the Pelicans, but New Orleans stayed close by pounding the ball inside.

The Pelicans closed a 30-20 first-quarter deficit behind the inside play of Randle, who led New Orleans with 16 points and five rebounds in the half. After playing 43 minutes in a 114-112 victory over Dallas on Friday night, Davis scored eight points in 17 first-half minutes.

Rockets: Coach Mike D'Antoni said Harden's extra workout regimen is paying dividends nearly halfway through the grind of the regular season. "It doesn't wear him out, it gives him energy," D'Antoni said. "Obviously, it's paying off." . C Clint Capela has averaged 15.0 rebounds in the last nine games.

Pelicans: F Darius Miller, held scoreless in a Friday night victory over Dallas, missed the game due to an illness. Solomon Hill started in his place. . Coach Alvin Gentry called Harden "the best 'iso' player in the world. I don't know if anybody is better in the history of this league, really, as far as drawing fouls and making plays in 'iso' situations.." . Despite three separate losing streaks of four, five and six games, Gentry says his players have not "lost faith that we're going to be a good team."

Pelicans: Close a three-game homestand on Monday night against Minnesota.