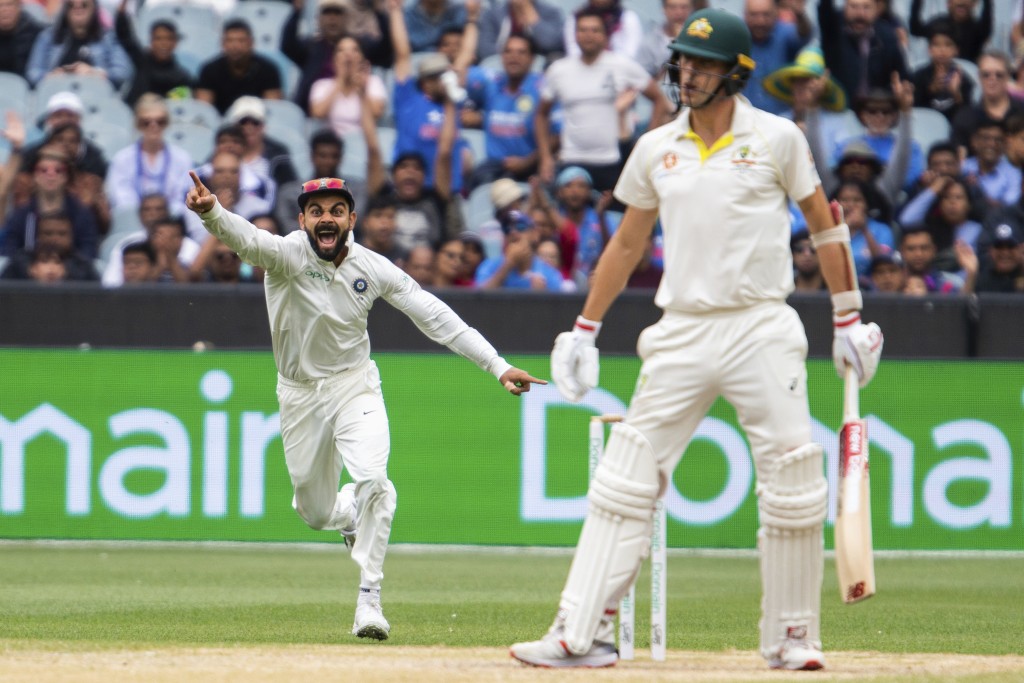 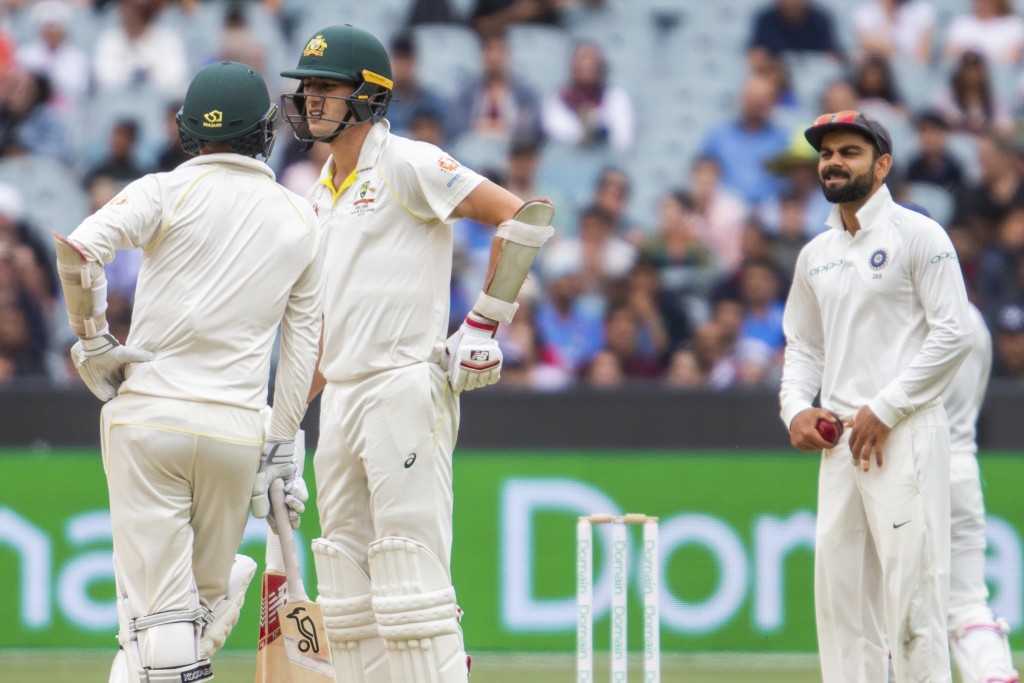 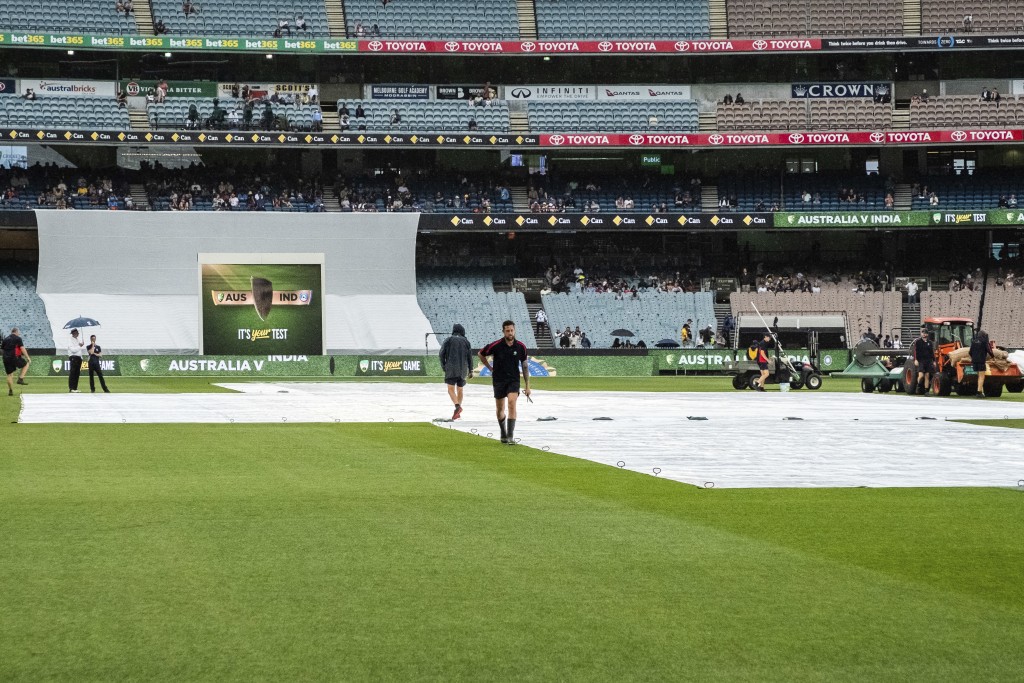 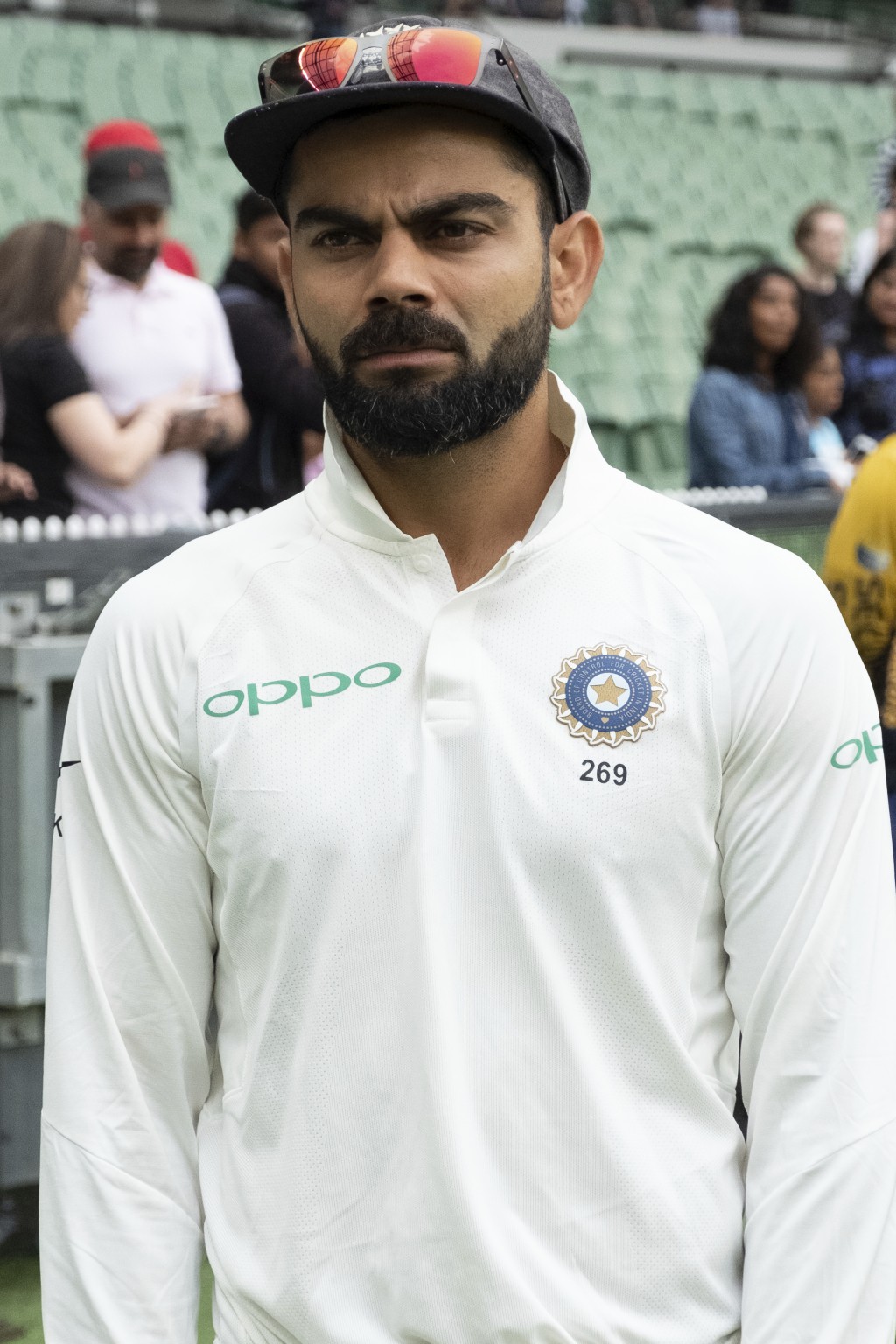 MELBOURNE, Australia (AP) — India's bowlers needed only 4.3 overs Sunday to claim a 137-run victory over Australia on the fifth day of the third cricket test at the Melbourne Cricket Ground.

World No. 1-ranked India has taken a 2-1 lead in the four-match series and retained the Border-Gavaskar trophy. Virat Kohli is aiming to become the first India captain to win a test series in Australia.

The fourth and final test starts in Sydney on Jan. 3.

"The job is not done yet," Kohli said moments after winning the match.

Tailender Pat Cummins added two runs to his overnight score before he was caught at first slip off Jasprit Bumrah's bowling for 63 at 261-9.

Nathan Lyon, who had shared a defiant 46-run stand for the ninth wicket with Cummins, fell in the next over for seven. Lyon was caught behind off the bowling of fast bowler Ishant Sharma.

Spinner Ravindra Jadeja (3-82) and Bumrah (3-53) claimed three wickets each for India. Bumrah completed a memorable debut year in test cricket with 48 wickets in nine matches including nine wickets in the Melbourne test.

Chasing an unlikely victory target of 399, Australia's top order failed for the second time in the match. No. 8 batsman Cummins was the only player to reach a half-century.

The positions of opener Aaron Finch and No. 6 batsman Mitch Marsh, who scored 11 and 19 runs respectively in Melbourne, are expected to be analyzed by selectors ahead of the Sydney test.

Cricket Australia's decision to ban Steve Smith and David Warner for a year over their roles in the ball-tampering affair in Cape Town in March has left the team's batting ranks severely weakened.

It's the first time since 1991-92 that an Australian player has not scored a test century during the home summer before the January test in Sydney.

One shining light for fifth-ranked Australia in this match has been the all-round contributions of seamer Cummins, who claimed a career-best 6-27 in India's second innings. The 25-year-old has played 17 tests in an injury-interrupted career after making his debut aged 18.

India set up its victory with an imposing first-innings tally of 443-7, which was scored in almost two days of batting on a slow-paced pitch. Cheteshwar Pujara's patient 106 included a 170-run stand with Kohli (82) for the third wicket.

In reply, Australia crumbled for 151 as Bumrah claimed 6-33. India's second innings of 106-8 declared gave the touring team a 398-run advantage, with more than five sessions remaining in which to bowl Australia out a second time.