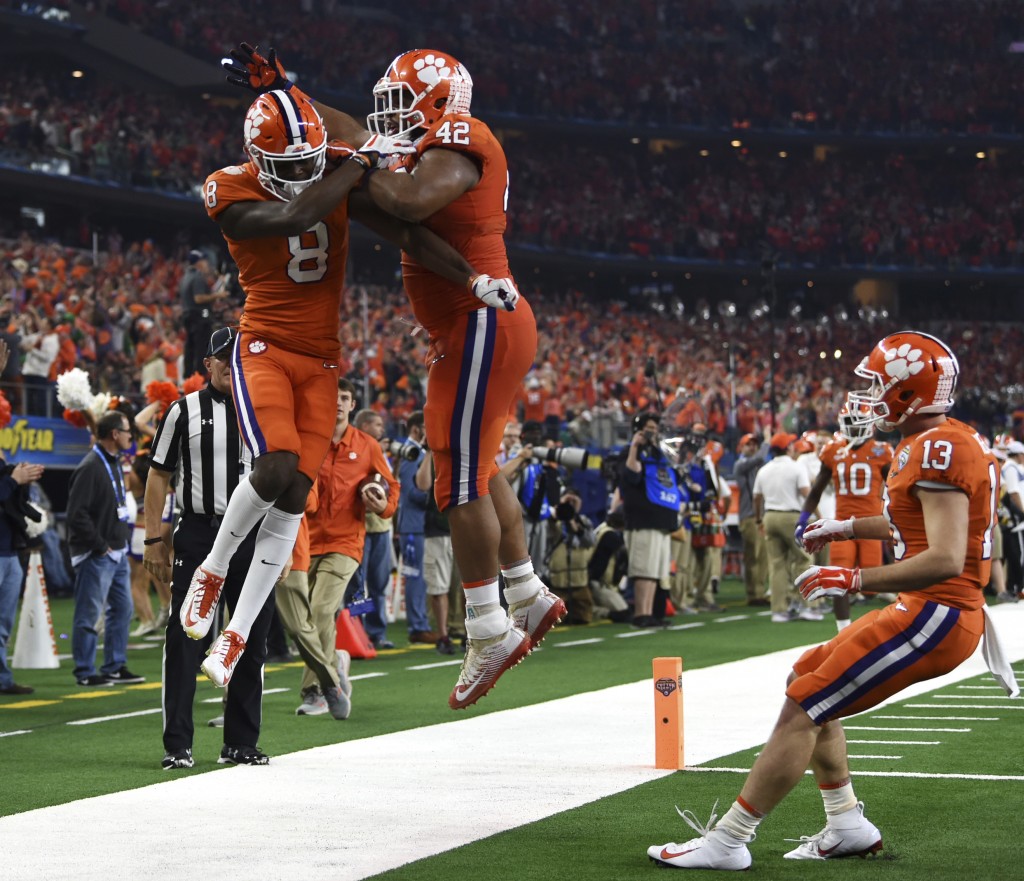 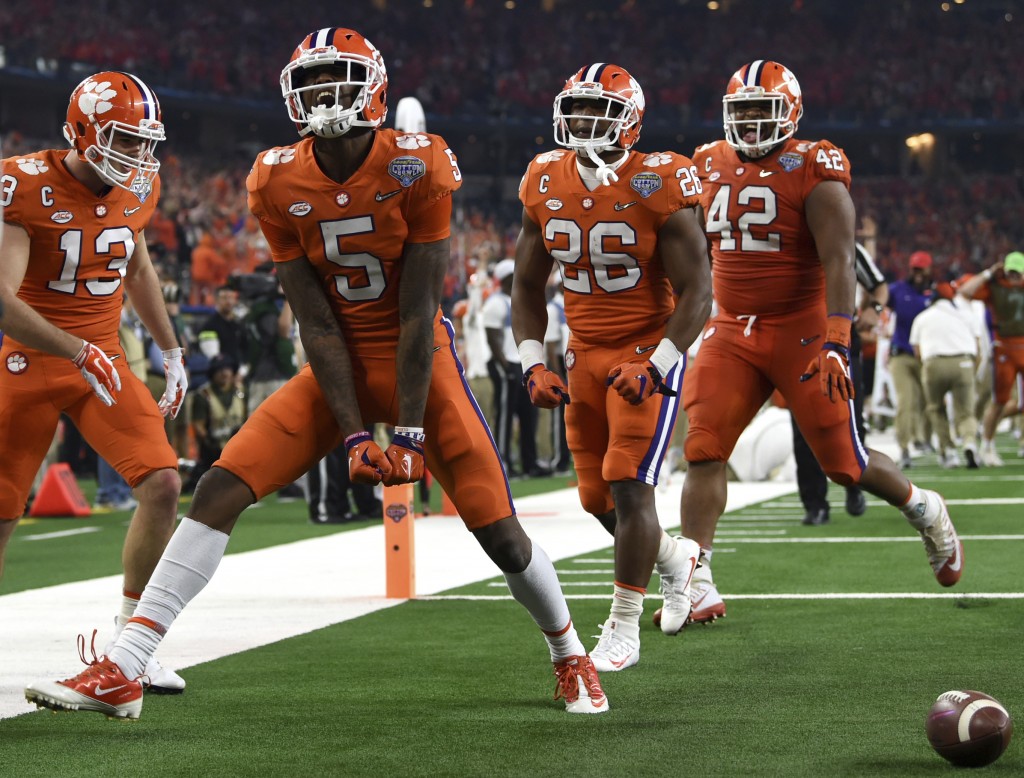 ARLINGTON, Texas (AP) — Trevor Lawrence threw for 327 yards and three touchdowns and No. 2 Clemson beat No. 3 Notre Dame 30-3 on Saturday in the Cotton Bowl to reach the College Football Playoff championship game for the third time in four seasons.

The Tigers (14-0) will play either No. 1 Alabama — for a fourth straight season in the playoff — or No. 4 Oklahoma on Jan. 7 in Santa Clara, California.

Clemson's overpowering and experienced defensive line smothered Ian Book and the Fighting Irish (12-1). On offense, freshmen led the way. Lawrence was 27 for 39 and did not throw an interception against a Notre Dame defense that had been one of the best on the country. Freshman receiver Justyn Ross had six catches for 148 yards and two long touchdowns.

Follow Ralph D. Russo at https://twitter.com/ralphDrussoAP and listen at https://podcastone.com/AP-Top-25-College-Football-Podcast