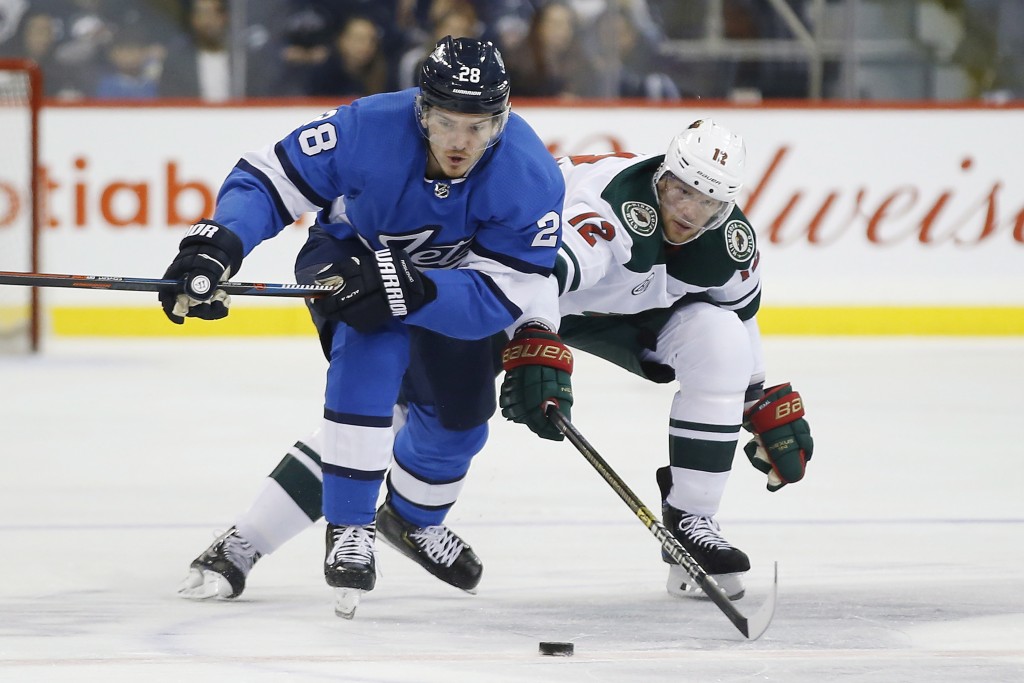 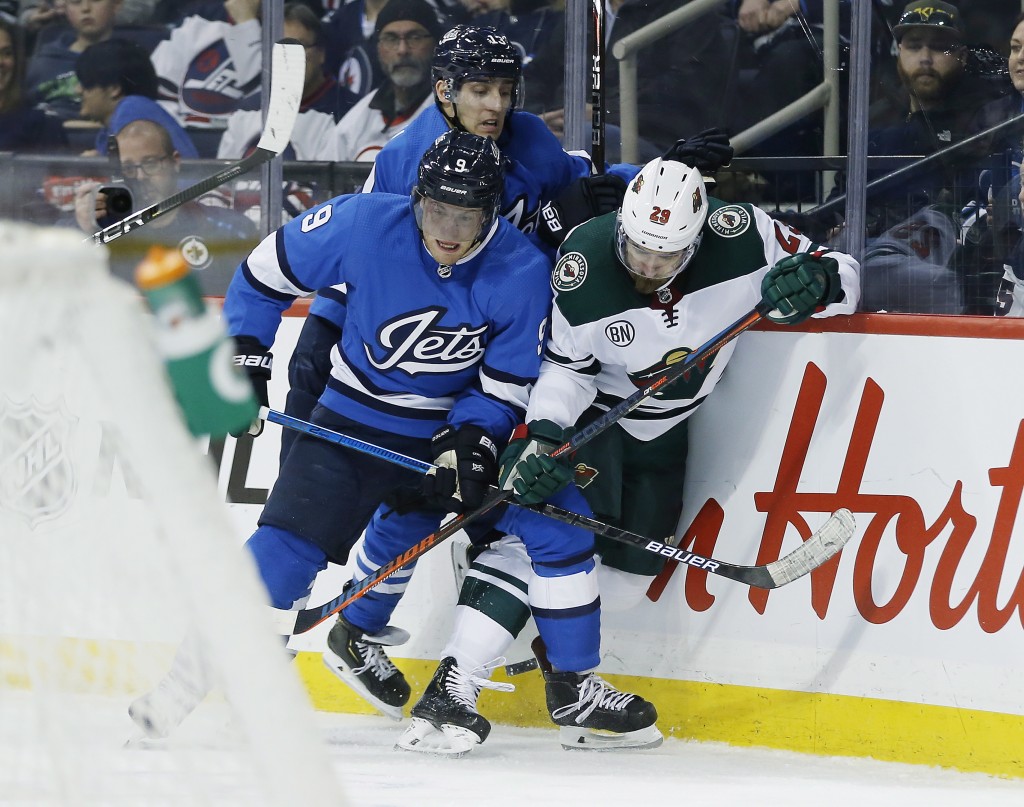 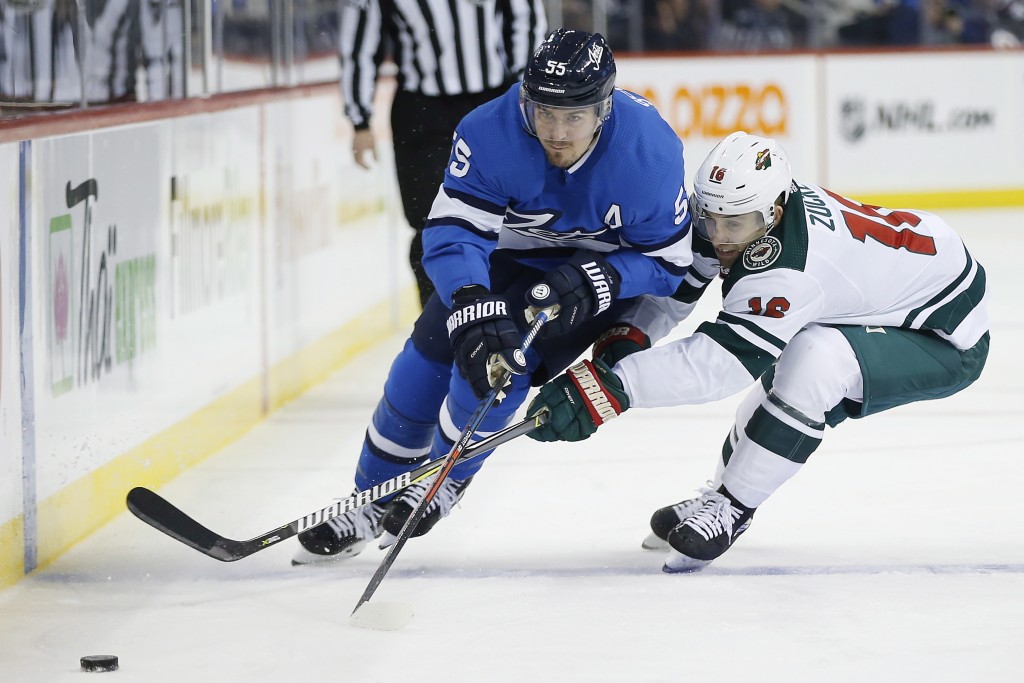 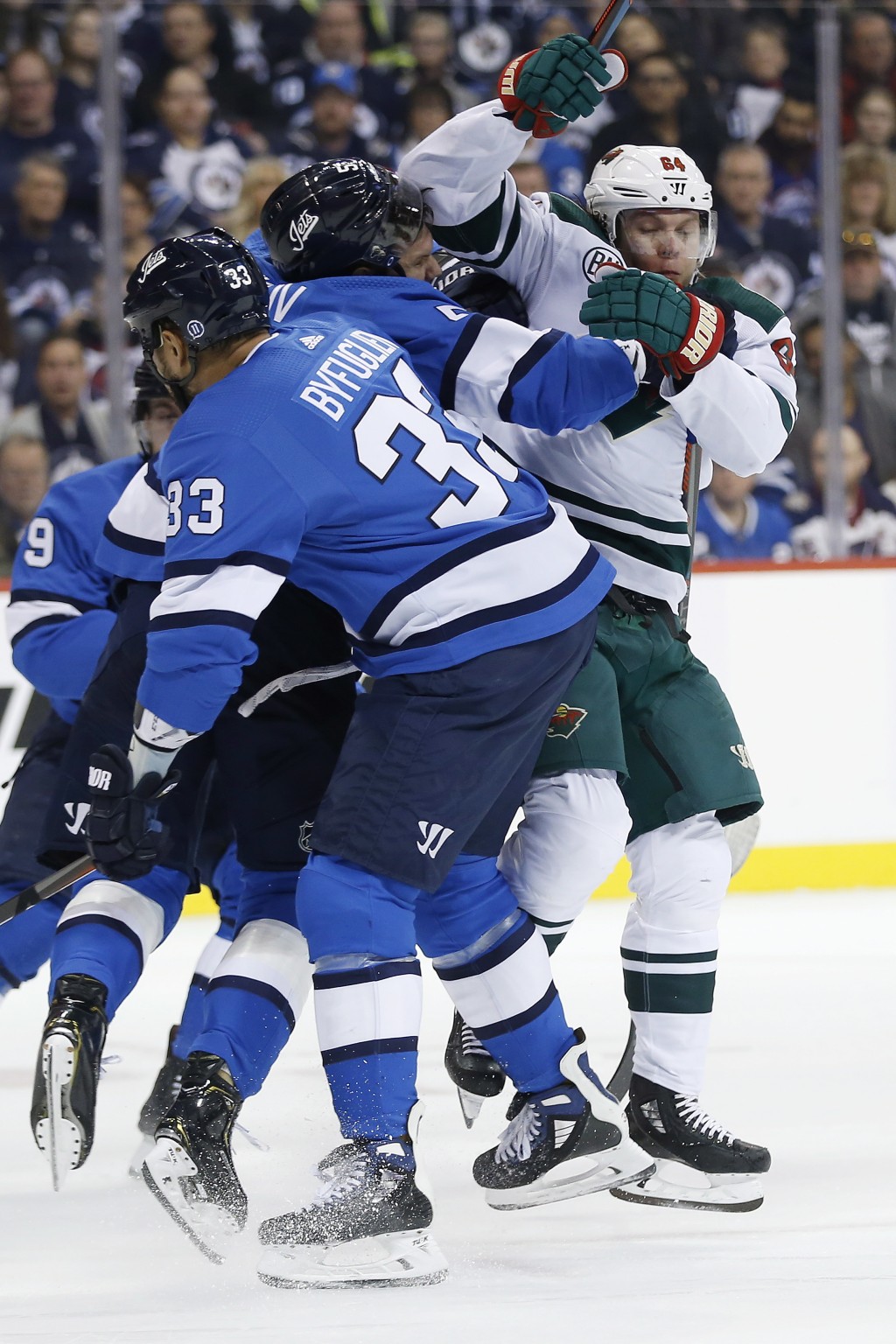 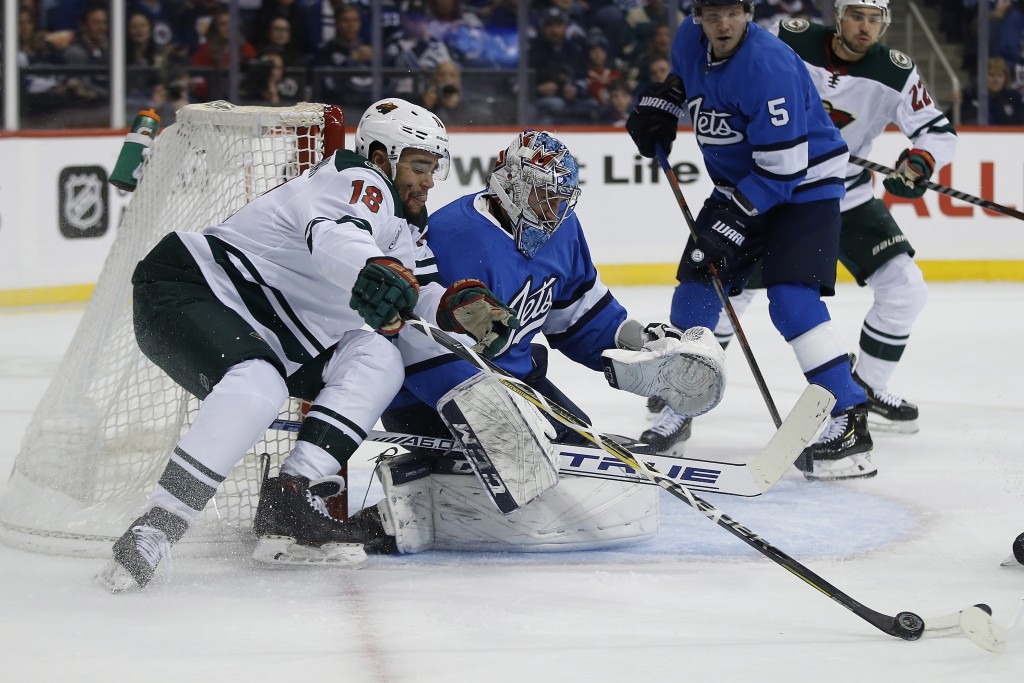 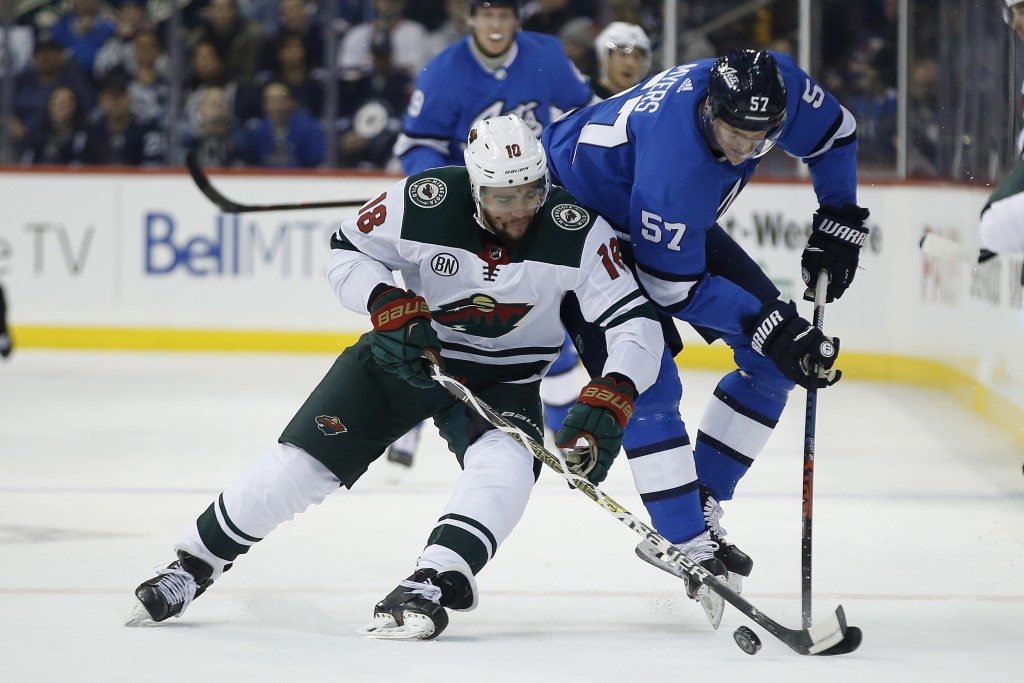 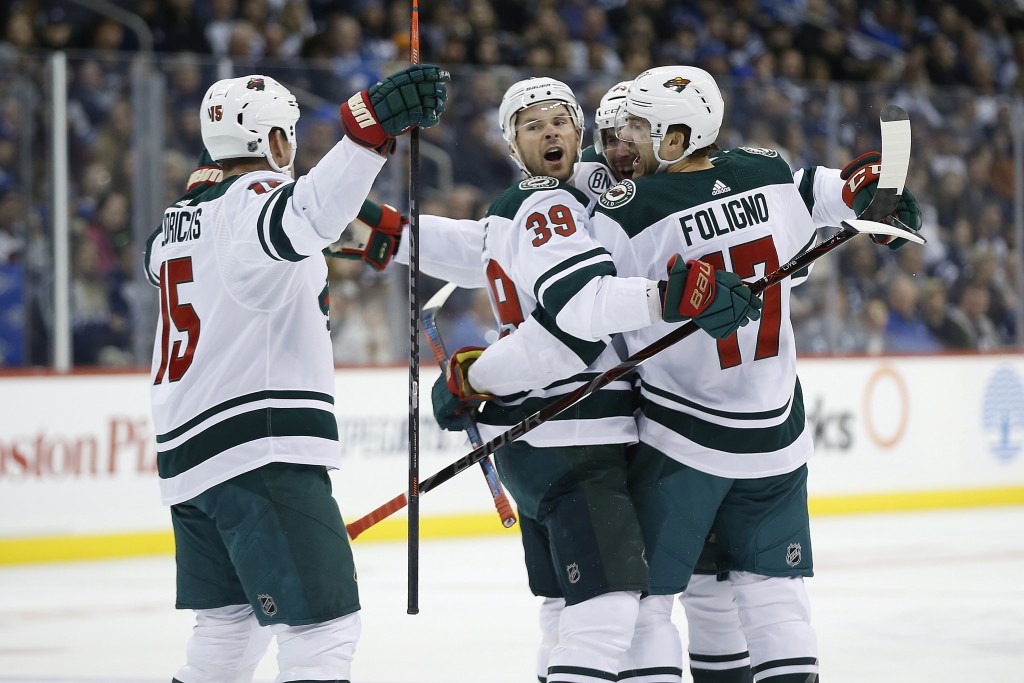 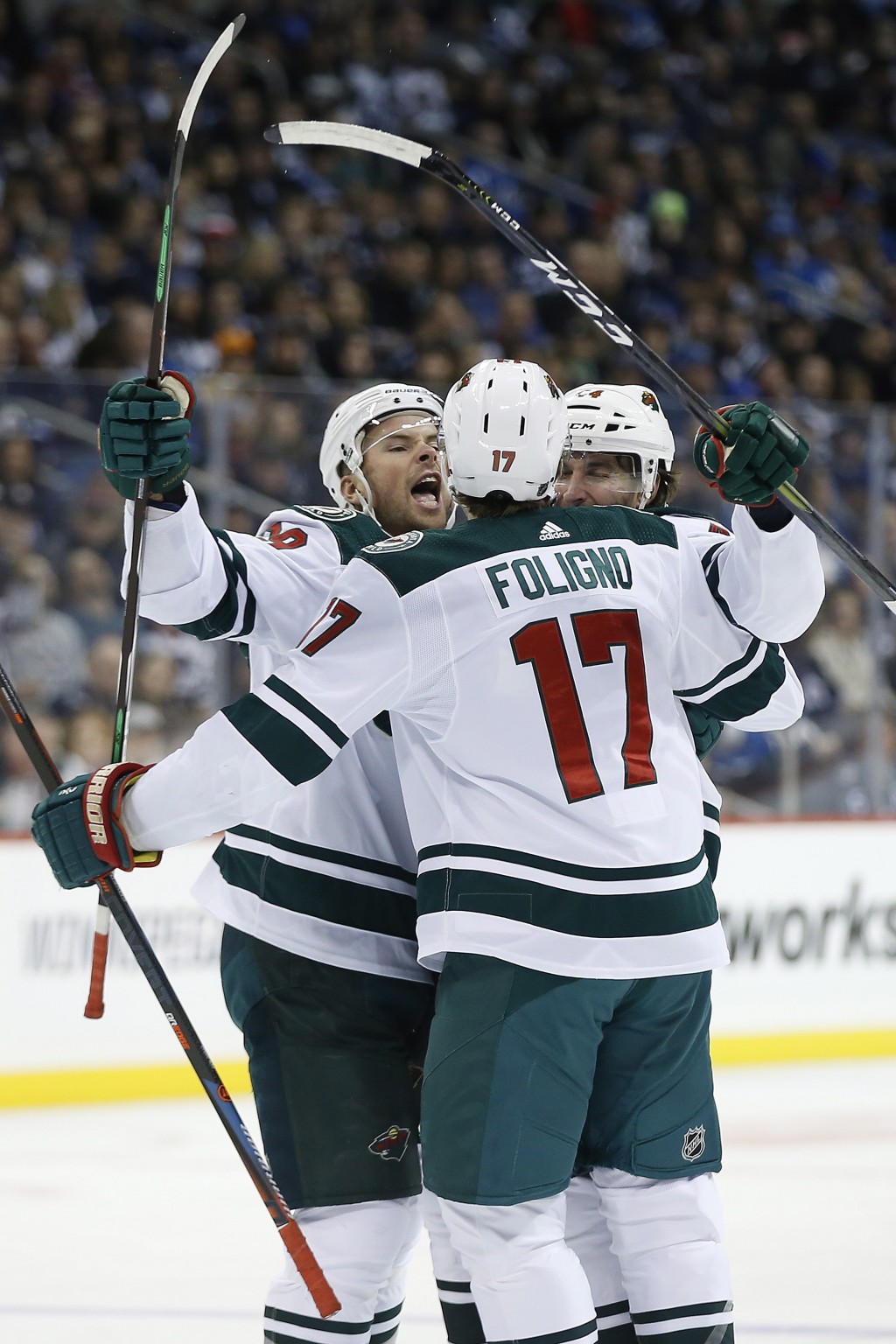 Defenseman Matt Bartkowski scored in his debut with the Wild, and Charlie Coyle and Eric Fehr also scored. Zach Parise had two assists.

Patrik Laine scored on the power play for his 24th goal of the season for Winnipeg, and his first point in five games. Connor Hellebuyck finished with 21 saves for the Central Division-leading Jets.

Winnipeg has lost two straight for just the second time this season. Calgary defeated the Jets 4-1 on Thursday. Coincidentally, the earlier skid was also against Calgary and Minnesota in late November.

The Wild were 0-4-1 in the last five games, with only five goals during the stretch. Dubnyk had been pulled in a 5-2 loss to Chicago on Thursday after letting in three goals on 10 shots.

Minnesota led 1-0 after the first period and 2-0 after two.

Called up earlier in the day, Bartkowski benefited when the Jets couldn't clear the puck out of their own end. He took a pass from Marcus Foligno at the point and sent a straight-on shot past a screened Hellebuyck at 9:28.

Coyle made it 2-0 at 2:17 of the second. A shot by Wild forward Luke Kunin hit the stick of Jets defenseman Jacob Trouba and the puck bounced to Coyle, who sent it over Hellebuyck's arm for his sixth.

Winnipeg had the game's first power play with 3:07 left in the second, but got only one shot at Dubnyk. Minnesota had a 10-7 advantage in shots on goal in the middle frame.

The Jets had another power play early in the third and made it count with 23 seconds remaining on a holding penalty to Nino Niederreiter.

After whiffing on a one-timer, Laine's second opportunity was a rocket over Dubnyk's blocker at 7:21.

Fehr scored his fifth of the season into the empty net with 47 seconds remaining in the third.

NOTES: Laine's goal was his league-leading 11th on the power play this season. ... Jets D Dustin Byfuglien went to the dressing room midway through the third period after appearing to hurt his leg when he and Kunin collided along the boards. ... Fehr's goal was his first point in 14 games. ...