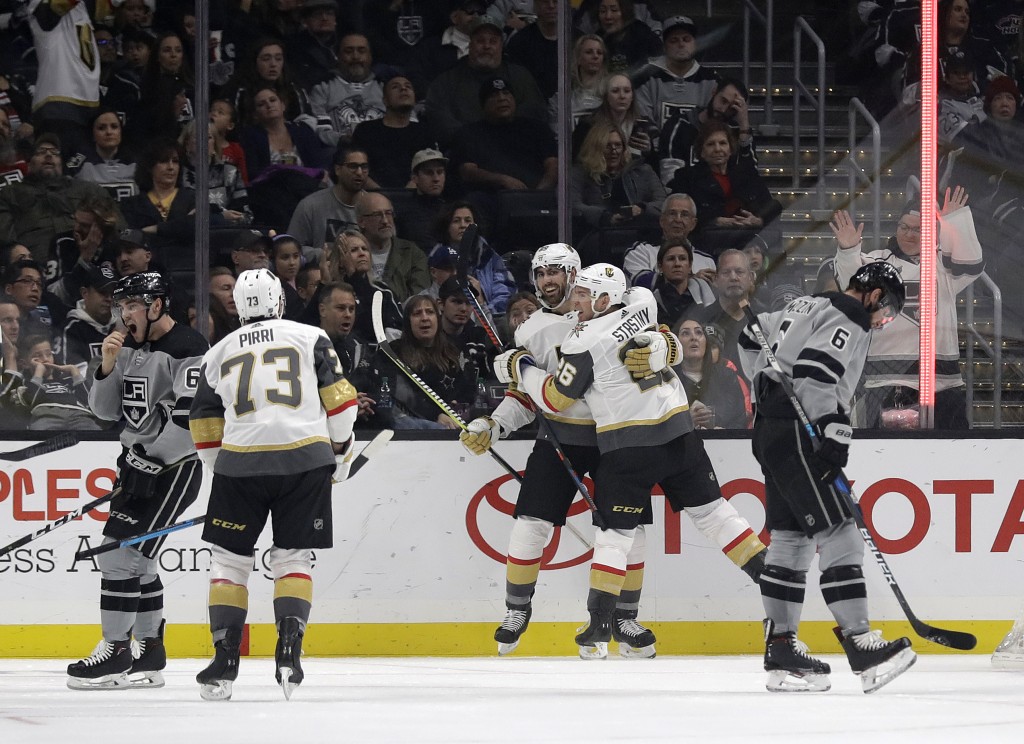 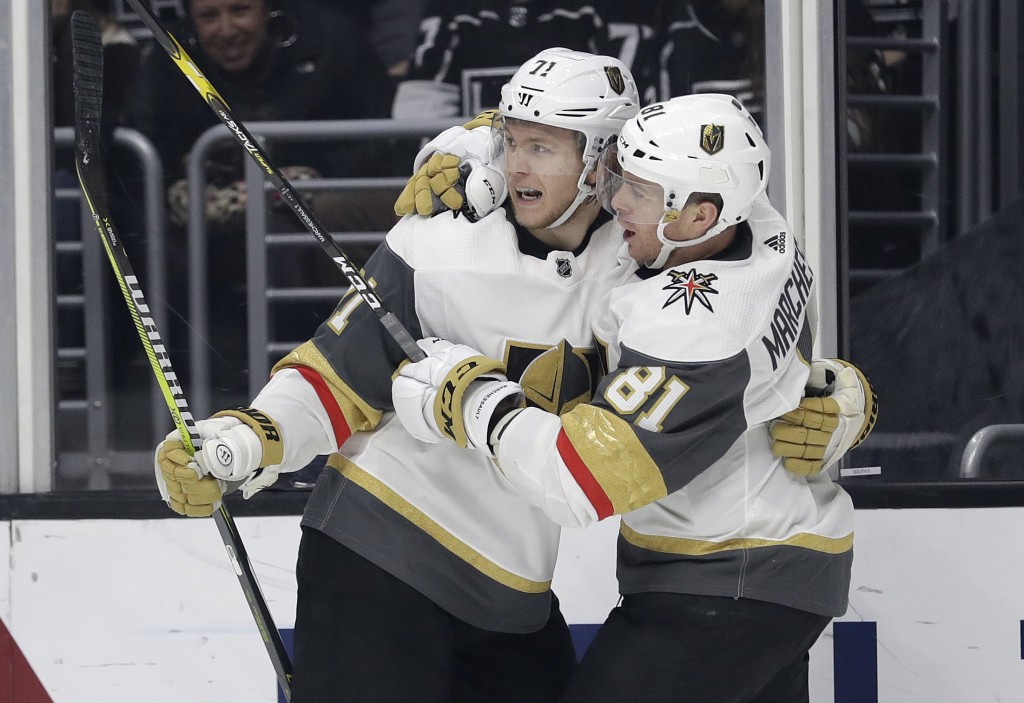 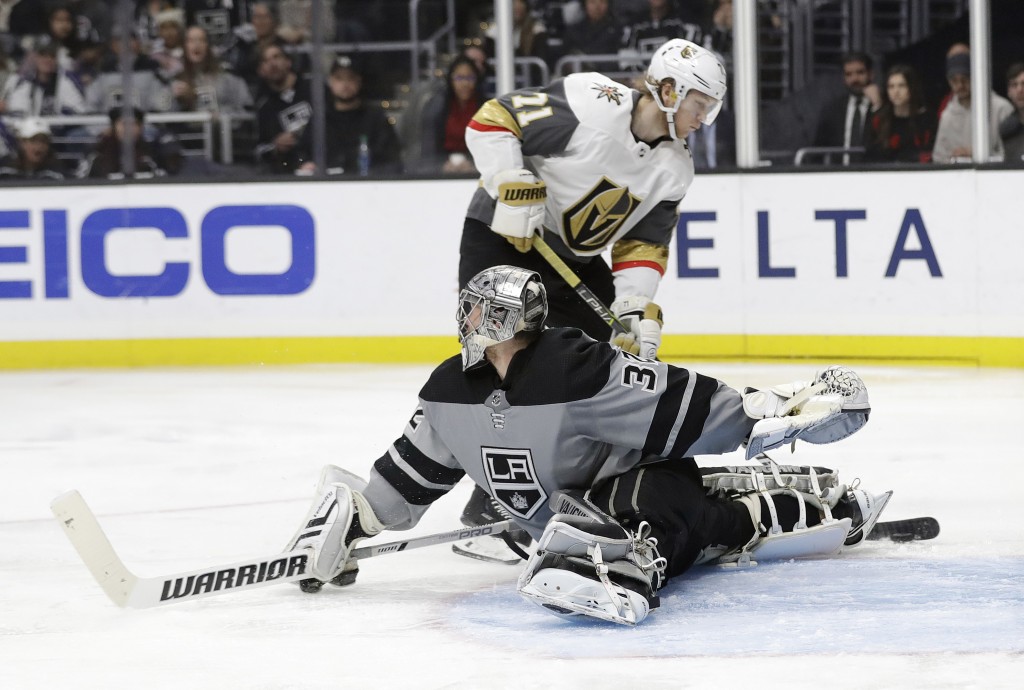 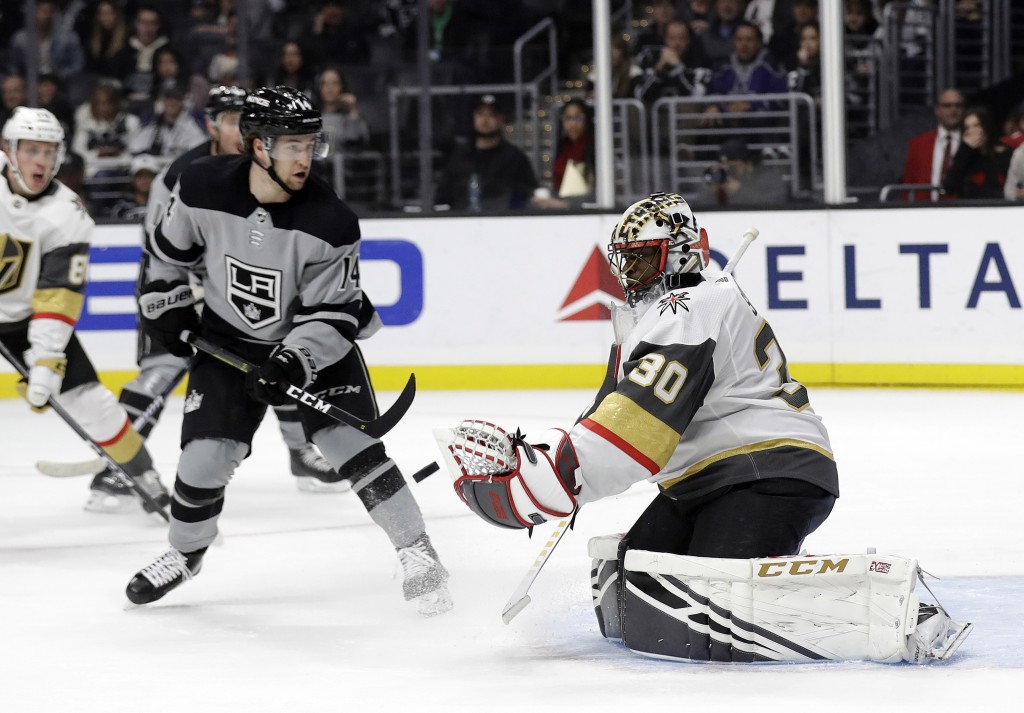 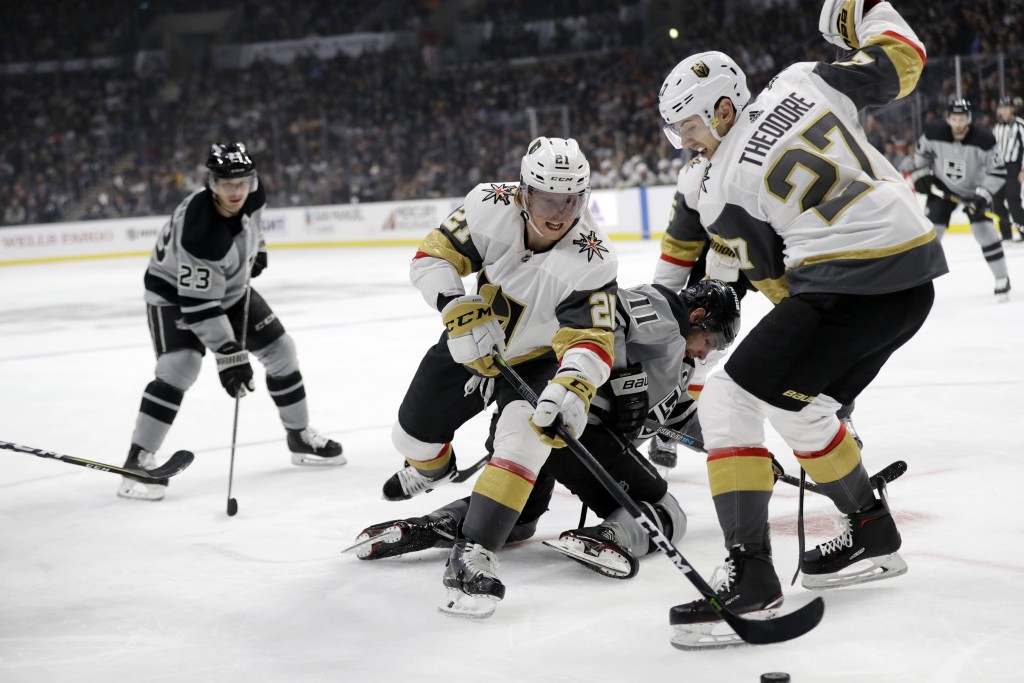 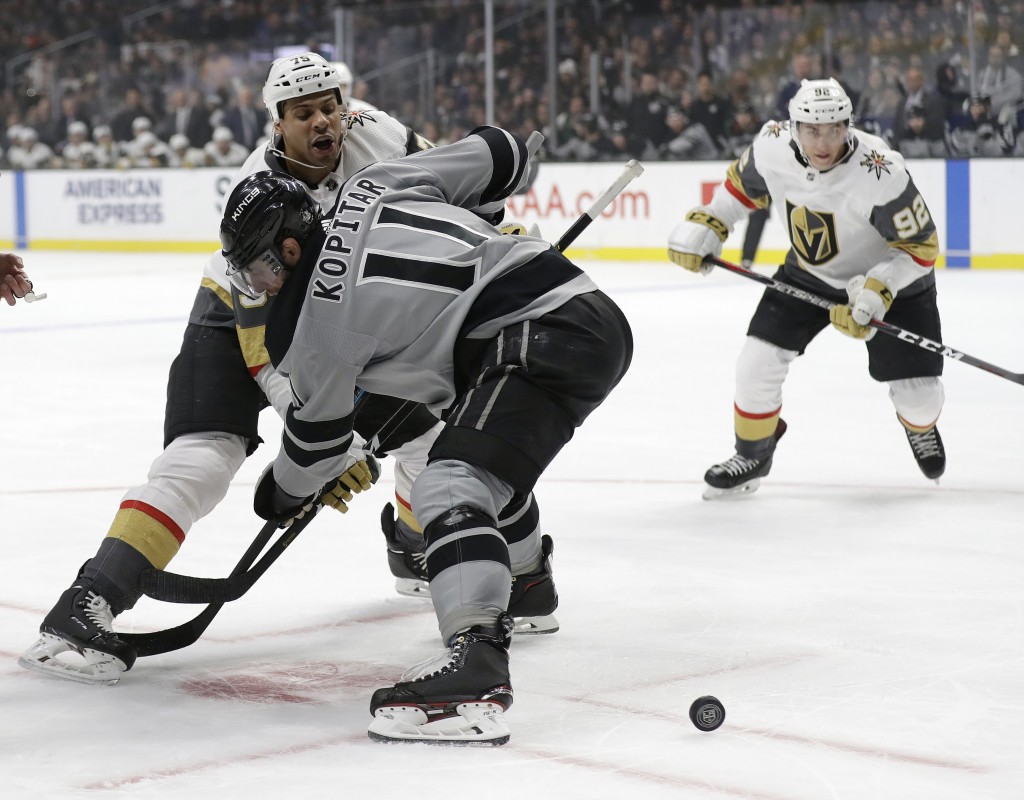 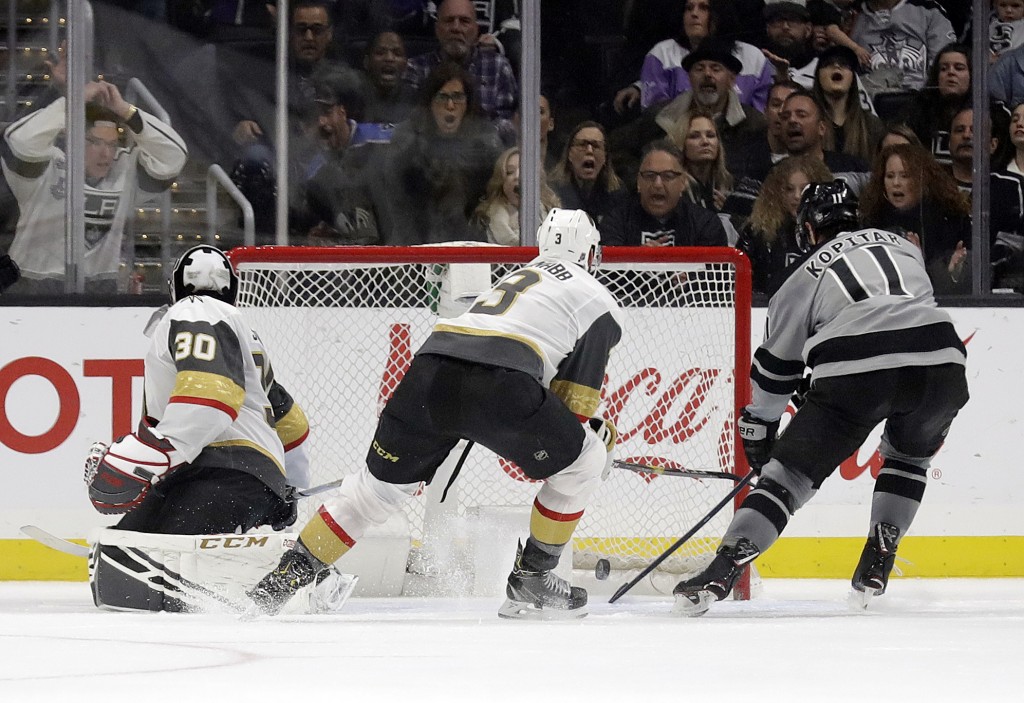 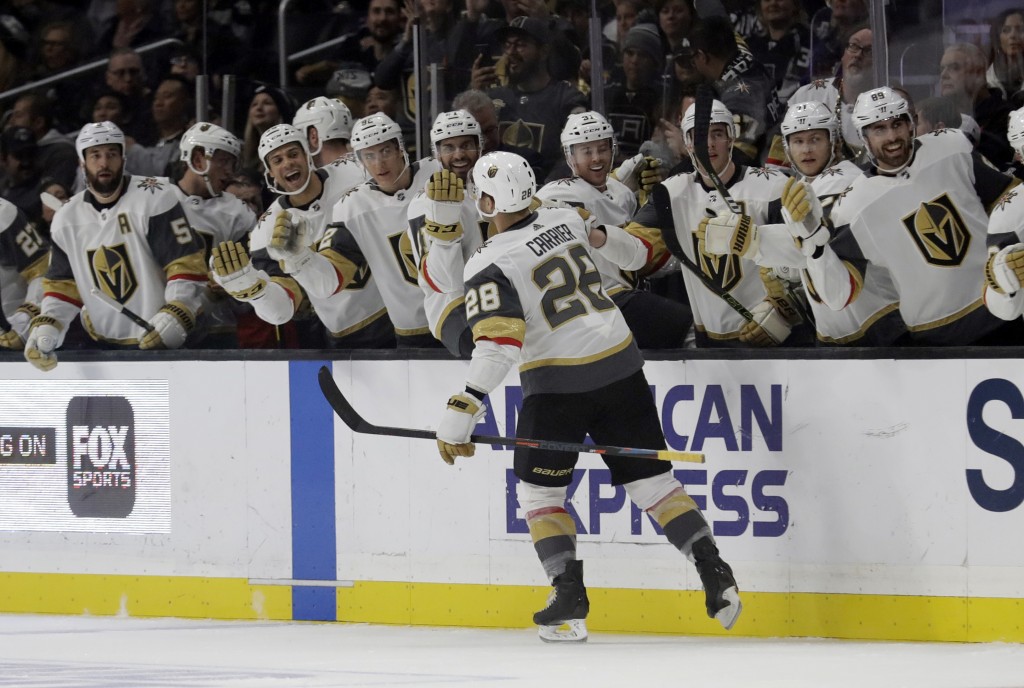 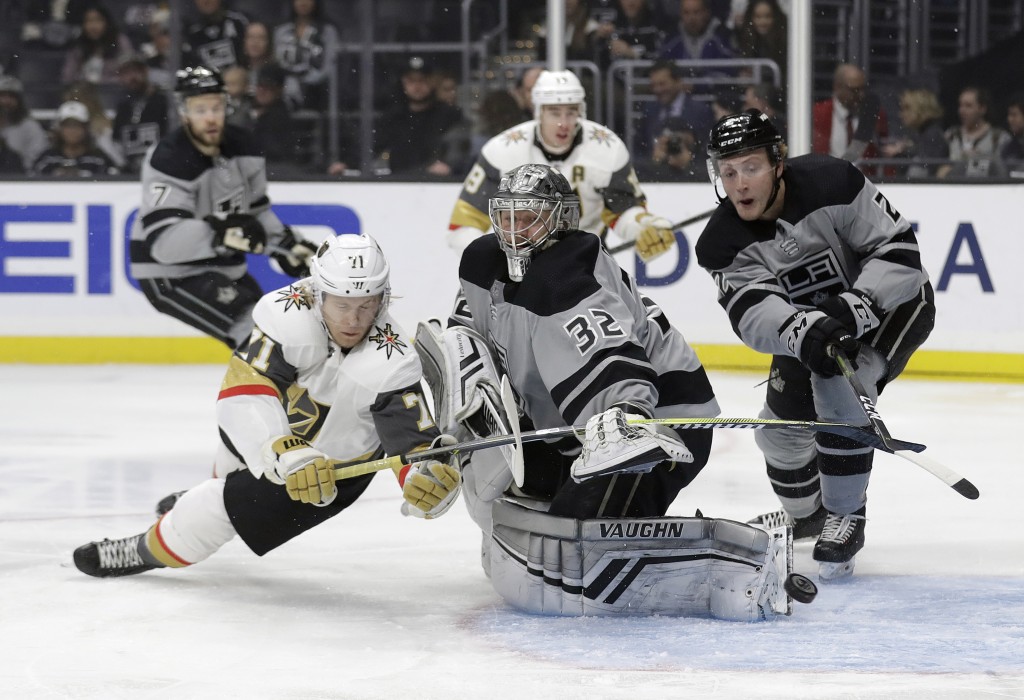 William Carrier, Alex Tuch, William Karlsson and Paul Stastny each scored as the Golden Knights improved to 6-1-3 in their last 10 games.

Anze Kopitar scored for the Kings, and Jonathan Quick finished with 27 saves.

Tuch put the Golden Knights up 2-1 with 7:34 left in the second period. Matt Luff turned it over in his own zone, and Stastny found Tuch for the one-timer from the right circle.

Karlsson scored on a breakaway off a stretch pass by Nate Schmidt, extending the lead to 3-1 at 3:20 of the third.

Stastny added an empty-netter with 2:32 remaining.

The Golden Knights went up 1-0 at 4:55 of the first on Carrier's eighth goal, which came when he redirected Cody Eakin's shot past Quick.

The Kings tied it at with 5 seconds left in the opening period when Kopitar tapped in Sean Walker's shot between Subban's legs.

NOTES: Golden Knights D Colin Miller (upper body) was placed on injured reserve. ... The Golden Knights claimed F Valentin Zykov off waivers from Edmonton. Zykov has four goals and seven assists in 30 career games for the Oilers, Carolina and Toronto. ... The Kings activated D Dion Phaneuf (upper body) off injured reserve, but he did not play for the seventh straight game.