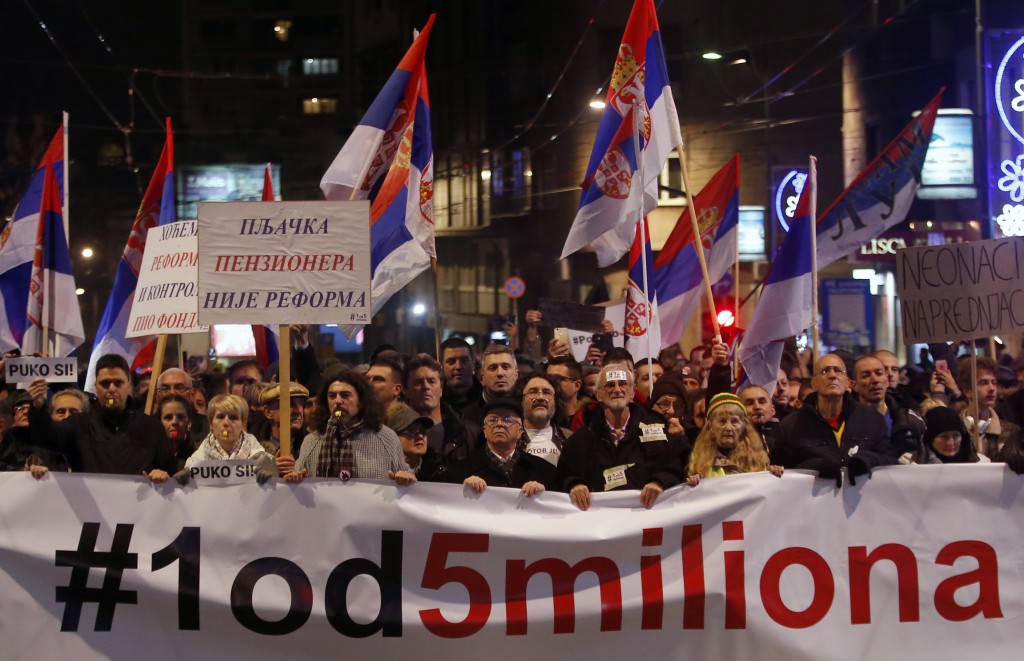 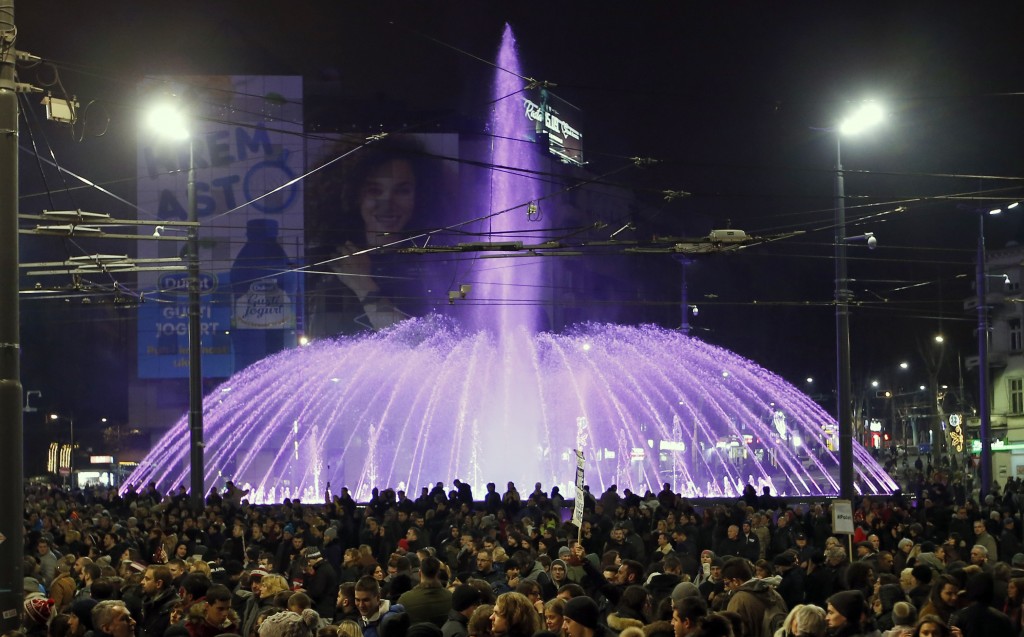 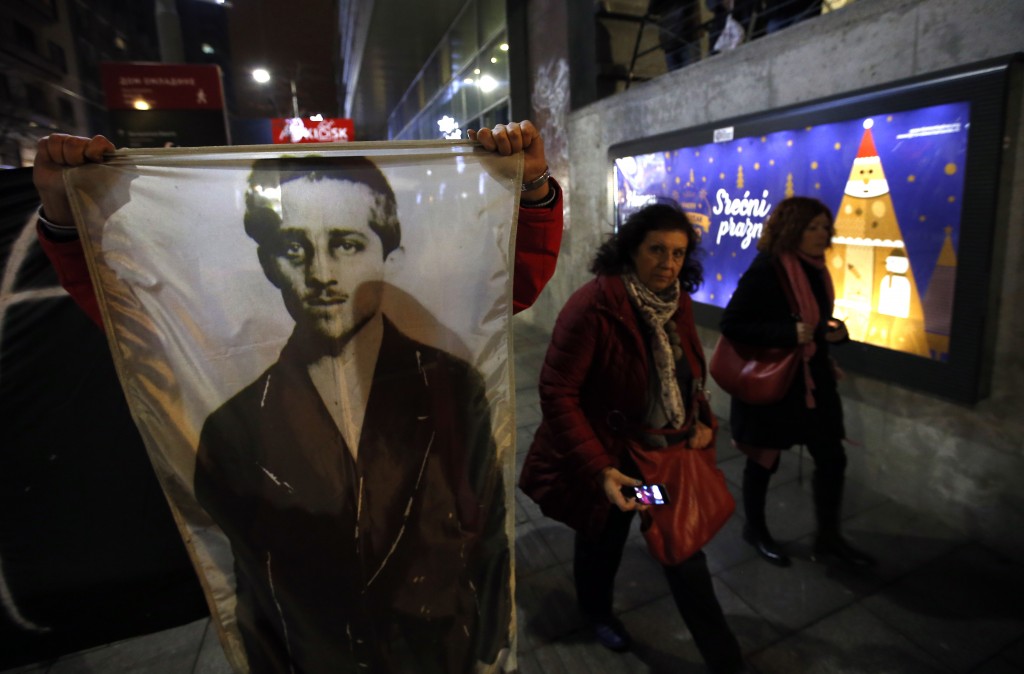 BELGRADE, Serbia (AP) — Thousands of people have protested in Serbia for a fourth consecutive week over what they say has been a stifling of democratic freedoms under President Aleksandar Vucic.

The recent street demonstrations have been one of the biggest expressions of discontent with the current Serbian government.

A former extreme nationalist, Vucic has said he wants to lead Serbia into the European Union.