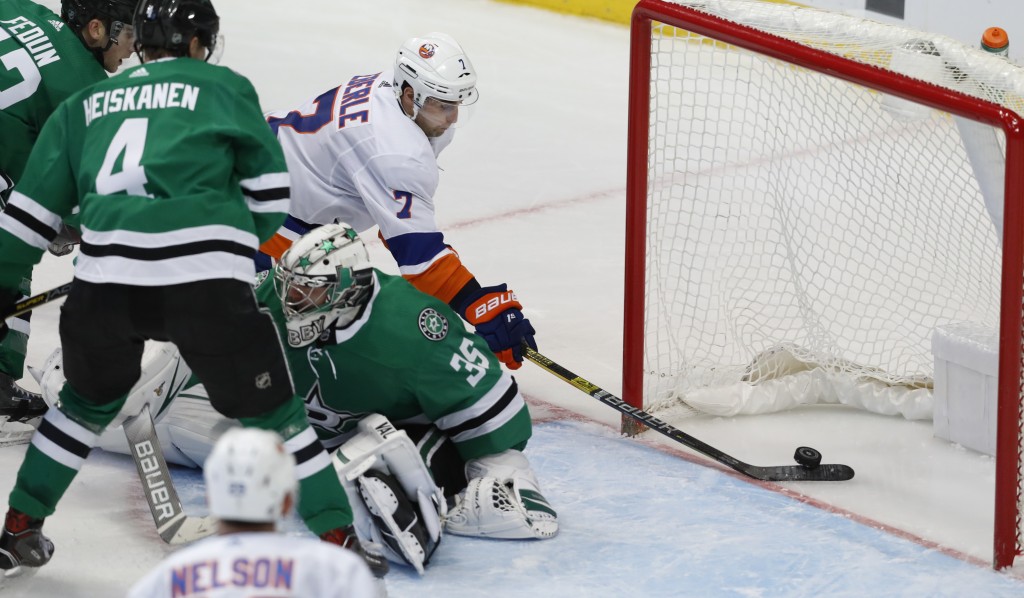 TORONTO (AP) — The New York Islanders have placed forward Jordan Eberle on injured reserve due to an upper body injury, and recalled forward Michael Dal Colle from Bridgeport of the AHL.

Eberle missed practice on Thursday and then sat out the Islanders' 6-3 win over Ottawa on Friday night due to stiffness. The move Saturday is retroactive to last Sunday.

The forward has seven goals and 10 assists in 35 games this season, after totaling 25 goals and 34 assists a year ago in his first season with the Islanders.

Dal Colle, selected by New York in the first round of the 2014 NHL Draft, has no goals and no assists in six career NHL games, including two in a stint with the Islanders last month. He has 12 goals and 16 assists in 28 games with the Sound Tigers this season.

The Islanders play at Toronto on Saturday night, facing former captain John Tavares for the first time since he left to sign with his hometown Maple Leafs in the offseason.