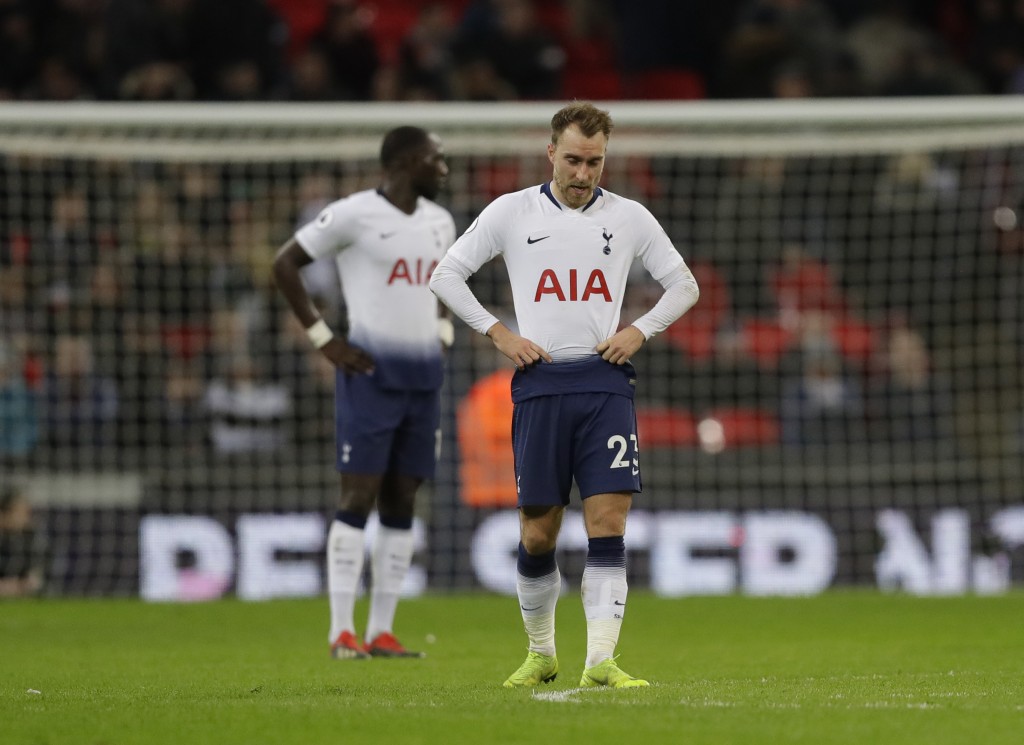 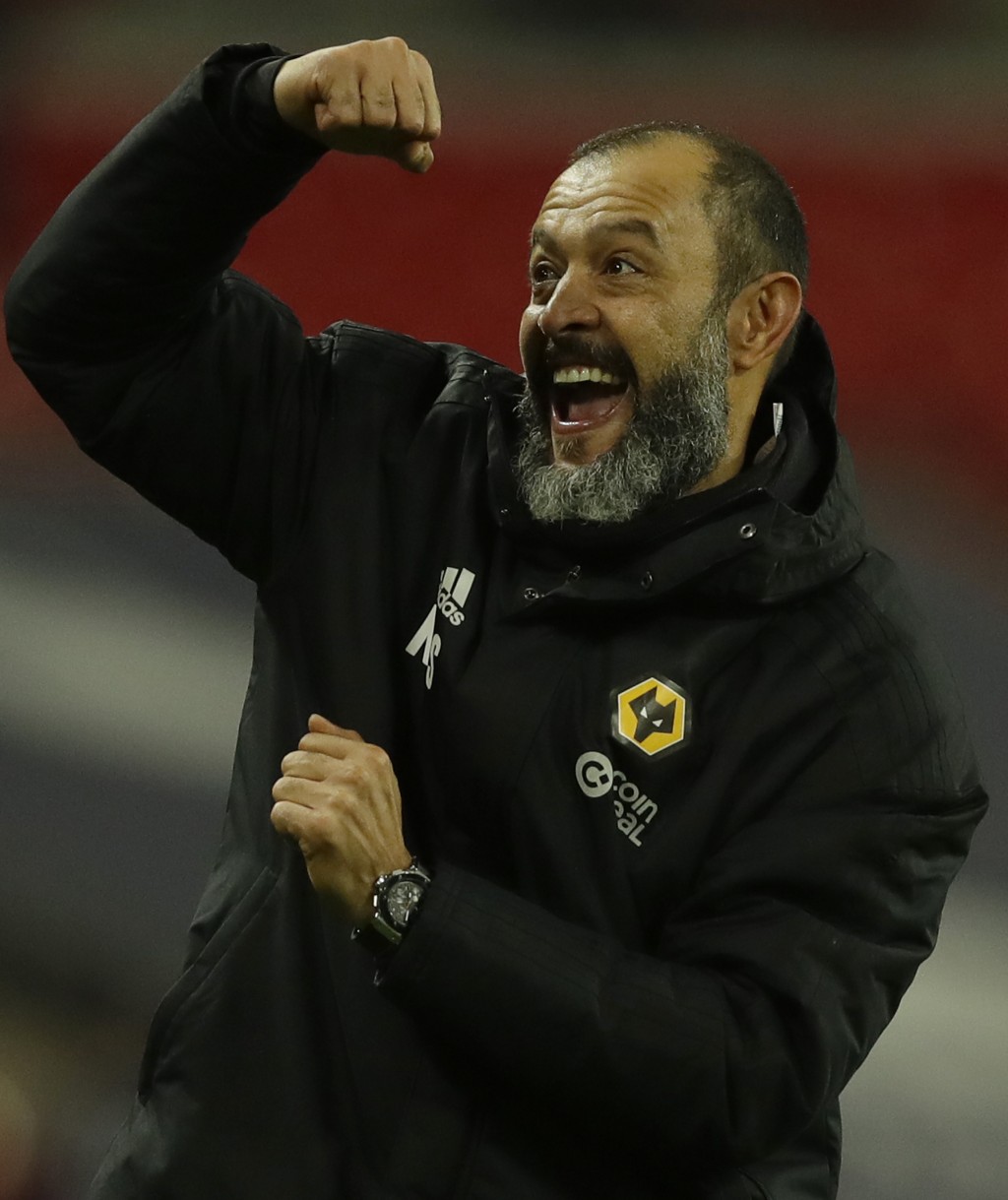 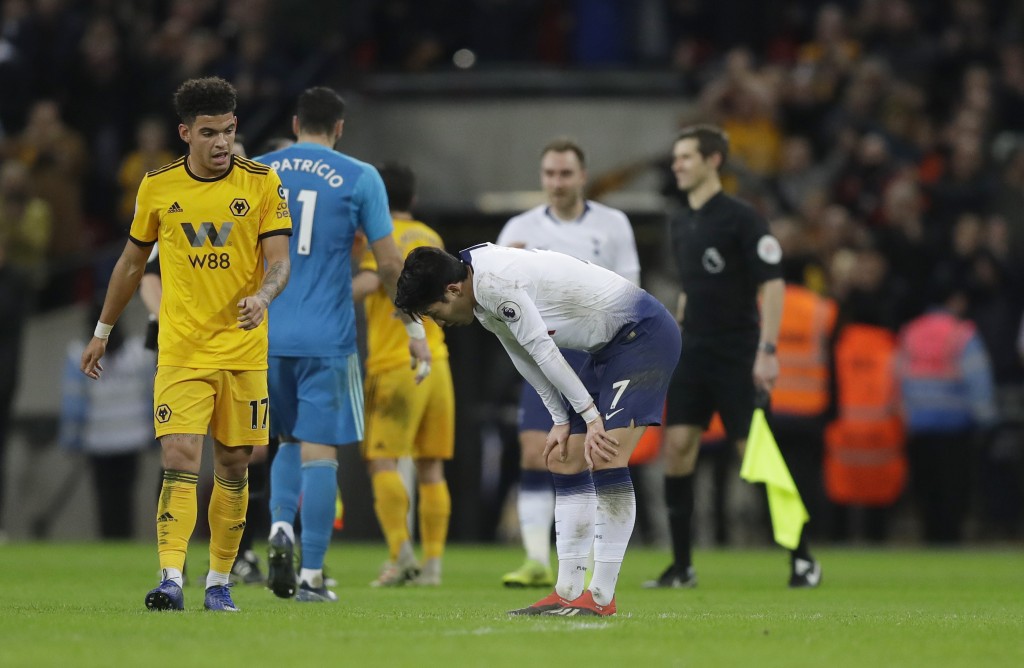 LONDON (AP) — Promoted Wolverhampton scored three times in the last 18 minutes to record a shock 3-1 victory over Tottenham at Wembley Stadium on Saturday and deal a huge blow to the London club's Premier League title hopes.

Tottenham went on the attack early with Son Hueng-min shooting just wide before Christian Eriksen's curling effort brought a spectacular save out of Rui Patricio.

There was nothing Patricio could do, though, to stop Harry Kane's opener after 22 minutes as the England captain cut inside and unleashed an unstoppable shot from 25 yards (meters).

Wolverhampton upped their game after the break and a lengthy spell of pressure was rewarded in the 72nd minute when Willy Boly was left unmarked from Joao Moutinho's corner and powered in a header.

Tottenham tried to respond but it was the visitors who finished stronger, going ahead in the 83rd when Raul Jimenez rolled the ball into the bottom corner of the net from the edge of the penalty area.

The game was over as a contest four minutes later when Harry Winks was caught in possession and Helder Costa ran clean through to beat Hugo Lloris.