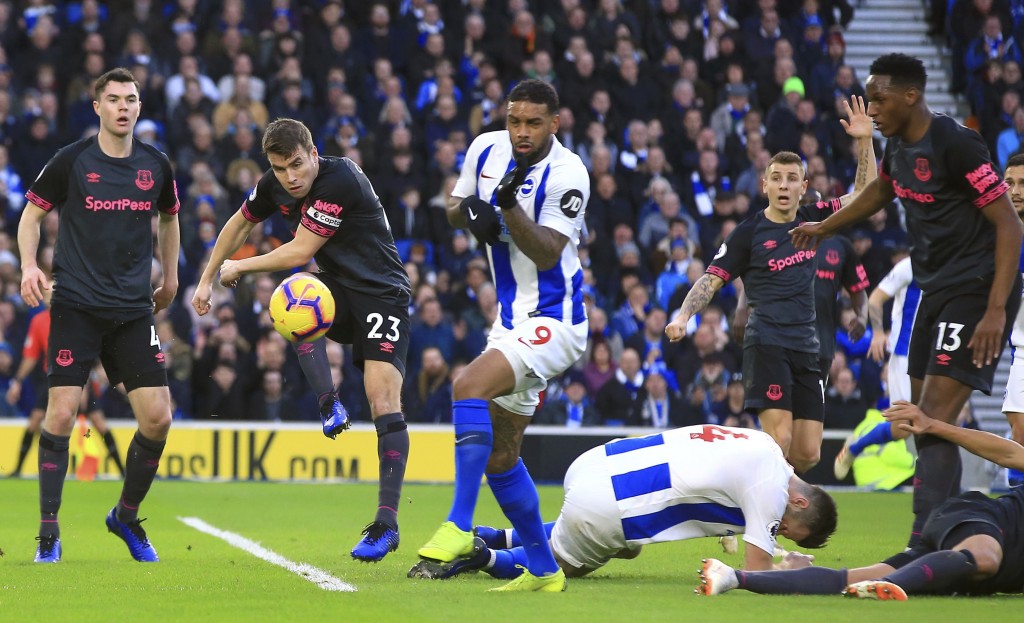 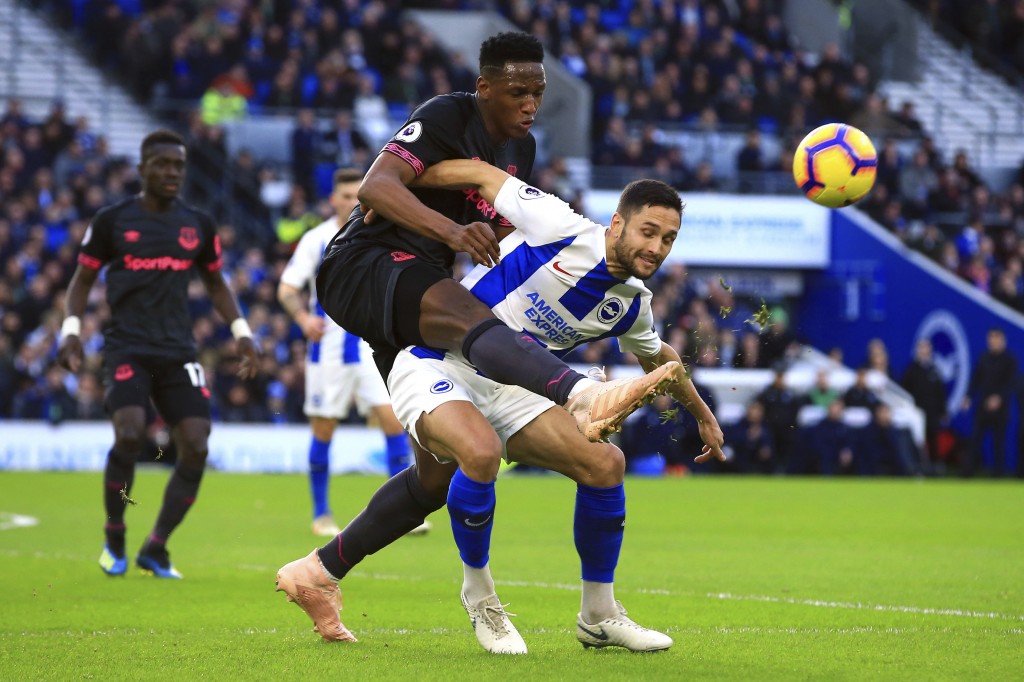 The Dutch striker shot home on the turn from close range in the 59th minute to settle a tight encounter at the Amex Stadium.

Locadia, who netted his first goal of the season in a 1-1 draw with Arsenal on Dec. 26, was initially flagged offside but the decision was overturned by referee Andrew Madley, with replays showing Pascal Gross' corner had bounced into the Brighton striker's path off Everton midfielder Andre Gomes.

Everton, which had been the more threatening side in the opening 45 minutes, was unlucky not to level, with Richarlison and Kurt Zouma each hitting the goal frame.