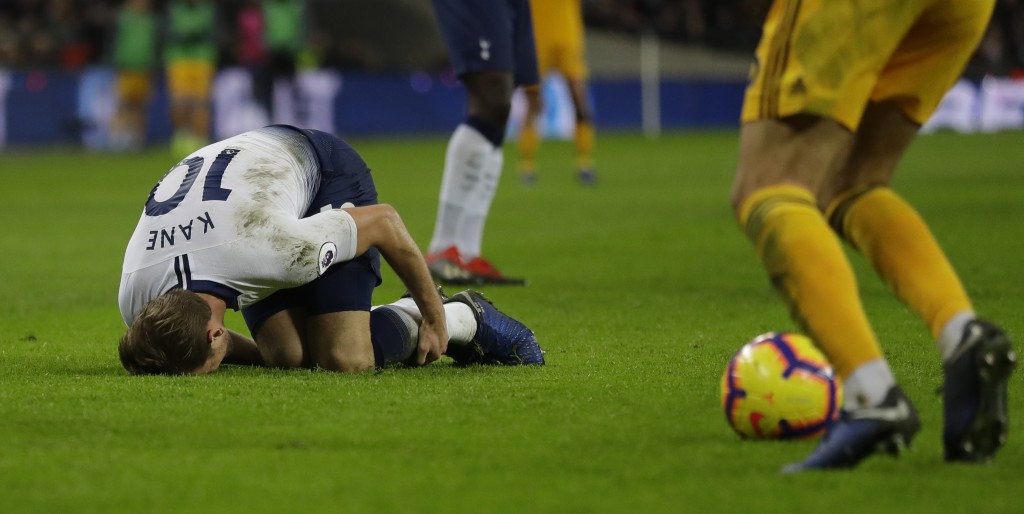 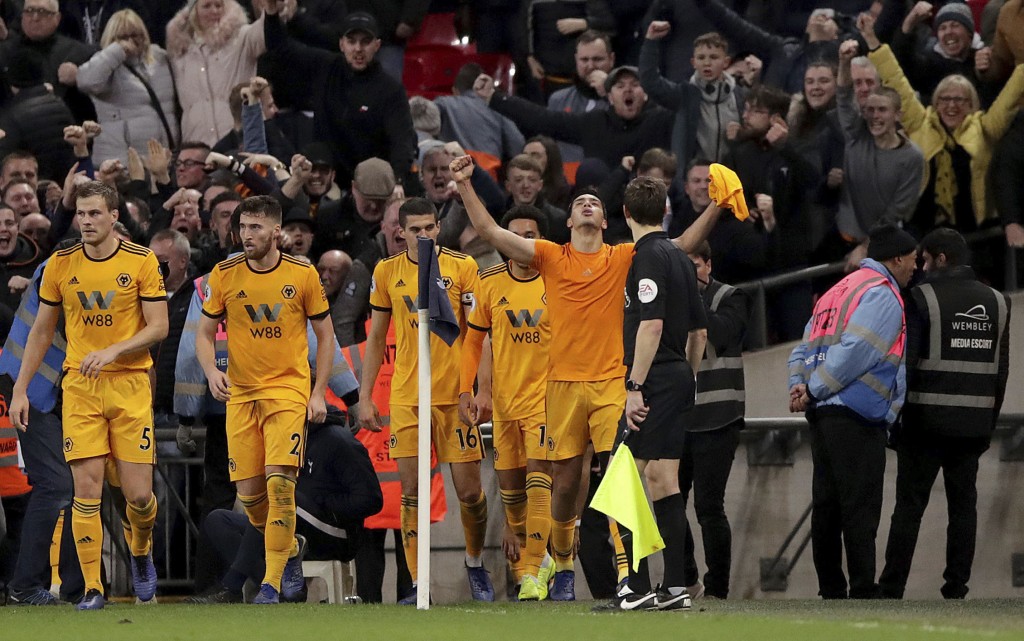 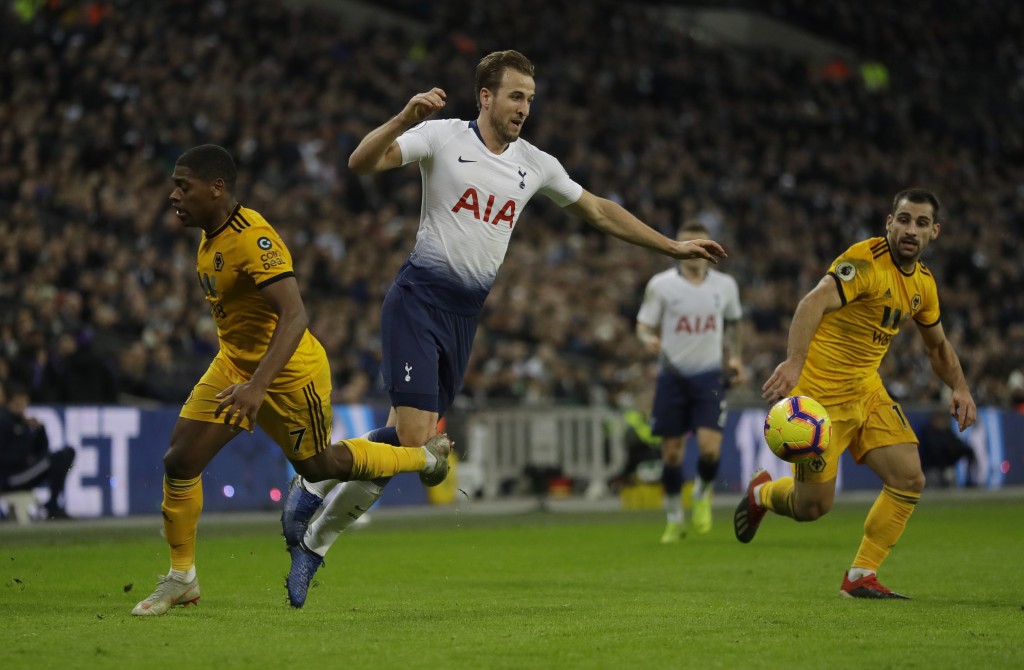 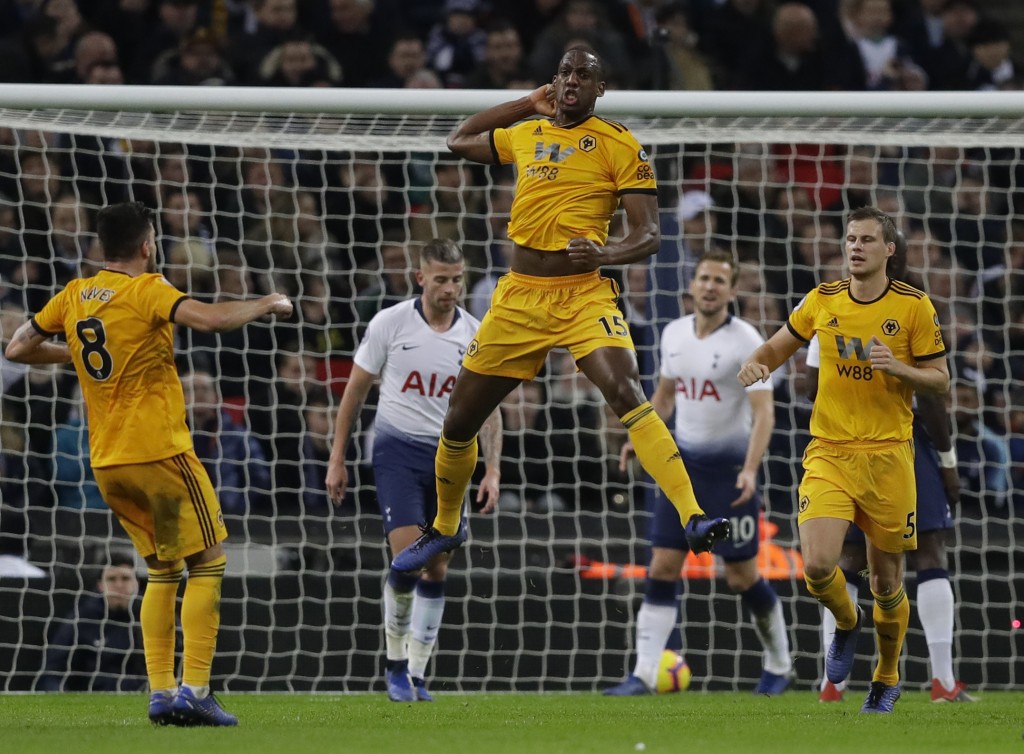 LIVERPOOL, England (AP) — Tottenham stumbled in its first game since seriously entering the conversation in the Premier League title race, losing 3-1 at home to Wolverhampton to give Liverpool a chance to extend its lead later Saturday.

If Liverpool beats Arsenal at Anfield, the leaders will move nine points clear — at least until Manchester City plays at Southampton on Sunday.

Tottenham crumbled after claiming the lead through Harry Kane's long-distance strike at Wembley Stadium, with Wolves scoring three goals in 15 minutes — through Willy Boly, Raul Jimenez and Helder Costa — near the end of the second half.

It was the first time Wolves had scored three goals in any league game this season.

Spurs moved into genuine title contention after winning its last five games in the Premier League, scoring a total of 11 goals in its two most recent victories.

At the start of the third round of games in English soccer's busy festive period, Huddersfield stayed in last place after losing 1-0 at Fulham thanks to Aleksandr Mitrovic's injury-time winner.

Cardiff also scored in stoppage time to beat Leicester 1-0, with Victor Camarasa netting to earn the Welsh team its first away league win since getting promoted. Leicester was coming off impressive back-to-back wins over Chelsea and Manchester City.

Brighton beat Everton 1-0, and Watford drew 1-1 at home to Newcastle.