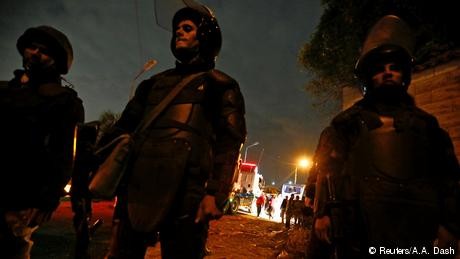 The raids came a day after a roadside bomb near Giza pyramids killed three Vietnamese tourists and their guide.

According to the ministry, 40 militants were killed in "synchronized security strikes at three terrorist hideouts."

Two raids in Giza killed 30 people, while the remaining were killed in the restive North Sinai area, the ministry said in a statement, adding that police seized large quantities of weapons and firearms in the swoops.

The "terrorist elements" were planning to carry out a series of attacks on state institutions, tourism facilities and churches across the country, state television said Saturday.

Egypt has battled Islamic militants for years in the Sinai Peninsula in an insurgency that has occasionally spilled over to the mainland, hitting minority Christians or tourists. However, the Friday assault was the first attack to target foreign tourists in almost two years.

The country's tourism industry is slowly recovering from years of political turmoil and violence that followed the 2011 Arab Spring uprising that toppled former leader Hosni Mubarak.