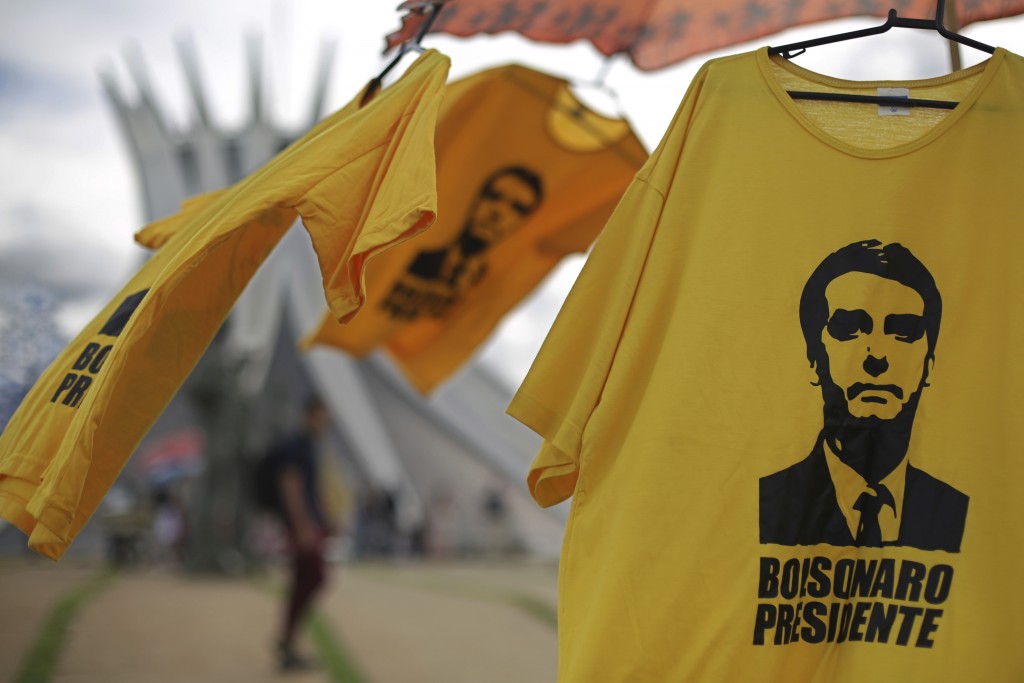 RIO DE JANEIRO (AP) — Brazil's President-elect Jair Bolsonaro says that on taking office, he will issue a decree guaranteeing citizens without a criminal history the ability to possess firearms.

Bolsonaro made the statement Saturday via Twitter. The loosening of gun laws was a central component of his election campaign. The ex-army captain takes office Jan. 1.

Currently possession of firearms is tightly restricted in Brazil. Civilians must pass through a long process, and the sale of weapons is limited to small calibers.

Despite the difficulty legally possessing a firearm, gun violence is a problem in Brazil. In 2017, Brazil set a record for murders with just over 63,000 people killed.

A 2005 referendum asked Brazilians if the sale of firearms should be banned. Almost 64 percent of the population voted against the measure.