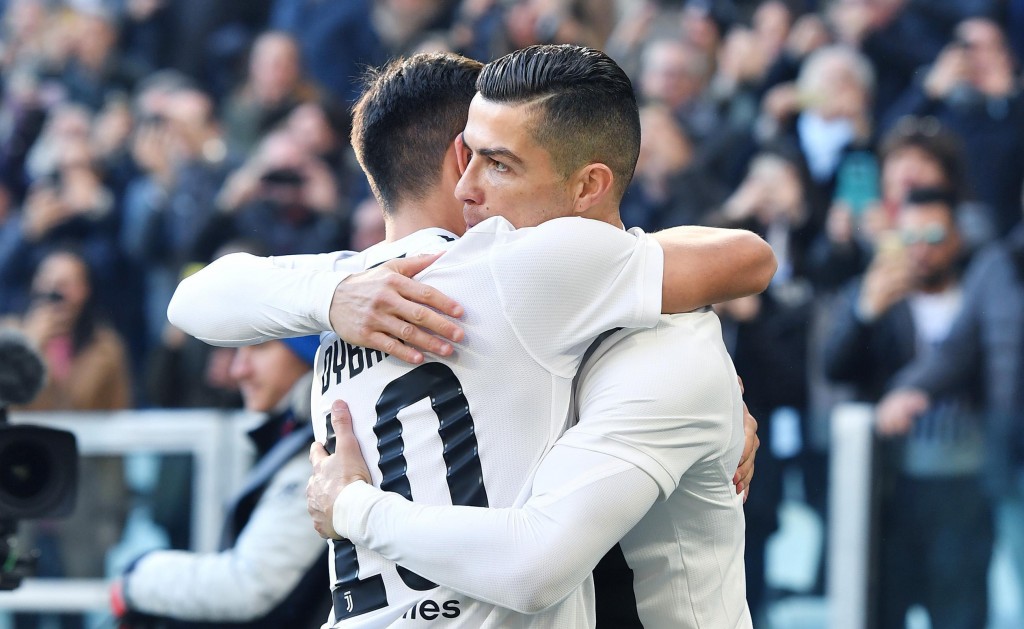 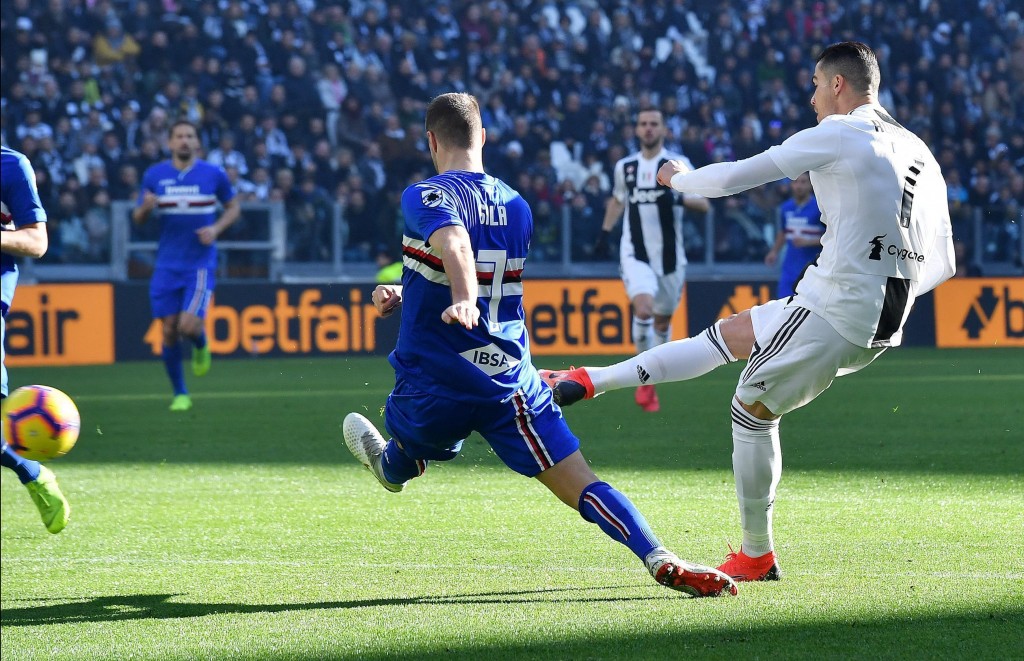 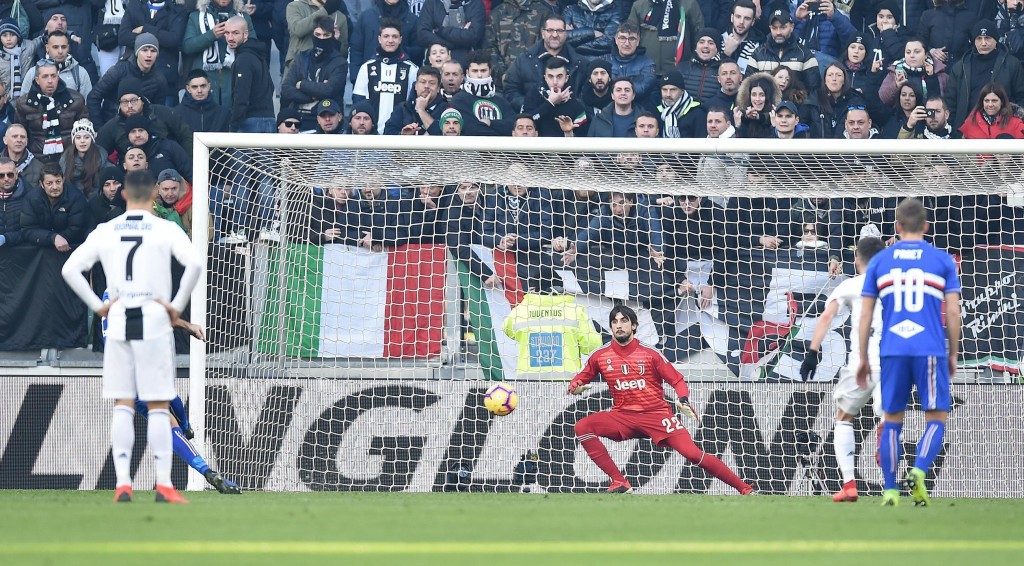 ROME (AP) — Cristiano Ronaldo scored twice and Juventus escaped with a 2-1 win over Sampdoria on Saturday with help from the VAR.

Ronaldo's second goal, a penalty, was awarded by the VAR for a questionable hand ball. Then Sampdoria had a stoppage-time goal waved off by the VAR for offside.

Sampdoria thought it had become the first visiting Serie A club to score more than one goal at the Allianz Stadium in more than a year when Riccardo Saponara's shot went in off the underside of the crossbar but replays showed the play was offside.

Ronaldo had put Juventus ahead two minutes in with a bouncing shot and Fabio Quagliarella equalized with a penalty before the break to become the first player to score in nine consecutive Serie A matches since David Trezeguet accomplished the feat with Juventus in 2005.

Ronaldo's decisive penalty came in the 65th after the VAR decided that Alex Ferrari had used his arm to deflect the ball, even though it appeared as if the defender kept his arm next to his body and didn't move it toward the ball.

The brace gave Ronaldo 14 goals in 19 matches this season to move one goal ahead of Genoa's Krzysztof Piatek atop the league scoring chart. Genoa was hosting Fiorentina later.

Ronaldo has maintained his form since leaving Real Madrid in the offseason, despite being the subject of a rape allegation in the United States.

Kathryn Mayorga filed a civil lawsuit in Nevada in September claiming Ronaldo raped her in his Las Vegas hotel room in 2009. Police reopened an investigation into the allegation at her request. Ronaldo has denied any wrongdoing.

Aiming for a record-extending eighth straight Italian league title, Juventus set a record of 53 points at the season's halfway mark with 17 wins, two draws and no defeats. The Bianconeri moved 12 points ahead of second-placed Napoli and 17 ahead of third-placed Inter Milan.

Napoli was hosting Bologna later, with the southern club's fans expected to show their support for Kalidou Koulibaly three days after the defender was subjected to racist chants during a loss at Inter.

Inter was visiting Empoli in its first match since a fan of the club died following clashes with opposing supporters outside the San Siro stadium before the match against Napoli.