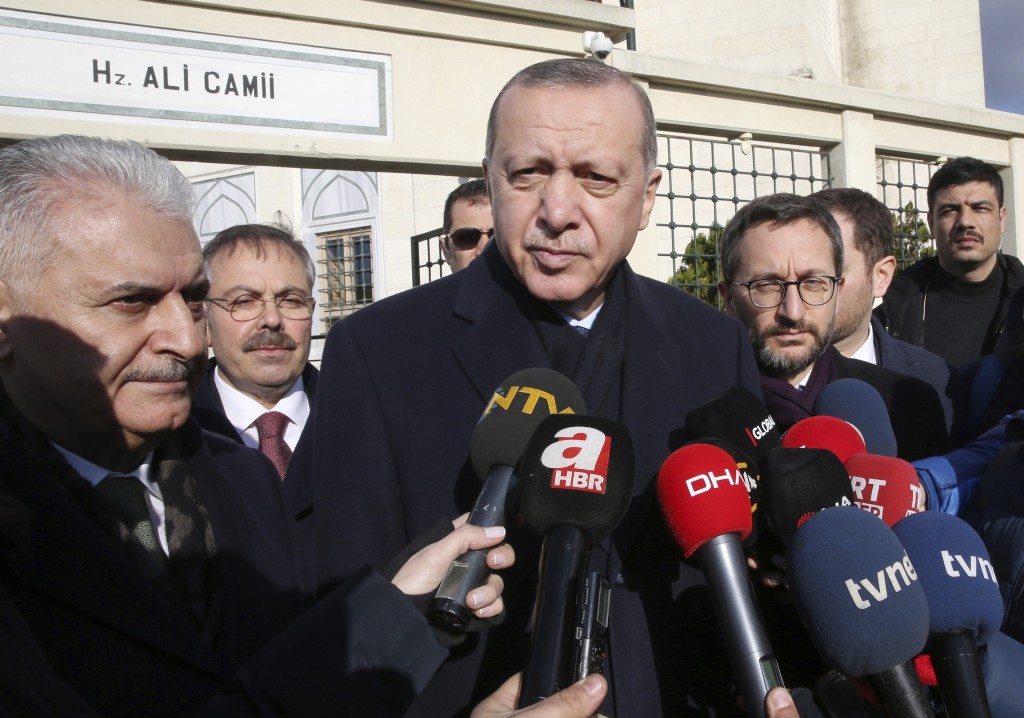 ISTANBUL (AP) — Turkey's president has nominated a former prime minister to run for mayor of Istanbul next year.

Erdogan served as Istanbul's mayor for four years before founding the party in 2001.

Yildirim currently is the speaker of parliament. He served as prime minister during 2016-2018 and before that as Erdogan's transport minister.

A 2017 constitutional referendum abolished the office of prime minister and approved an executive system of government that expanded Erdogan's authority.

Yildirim's main opponent in the March 31 mayoral election will be Ekrem Imamoglu from the secular Republican People's Party.