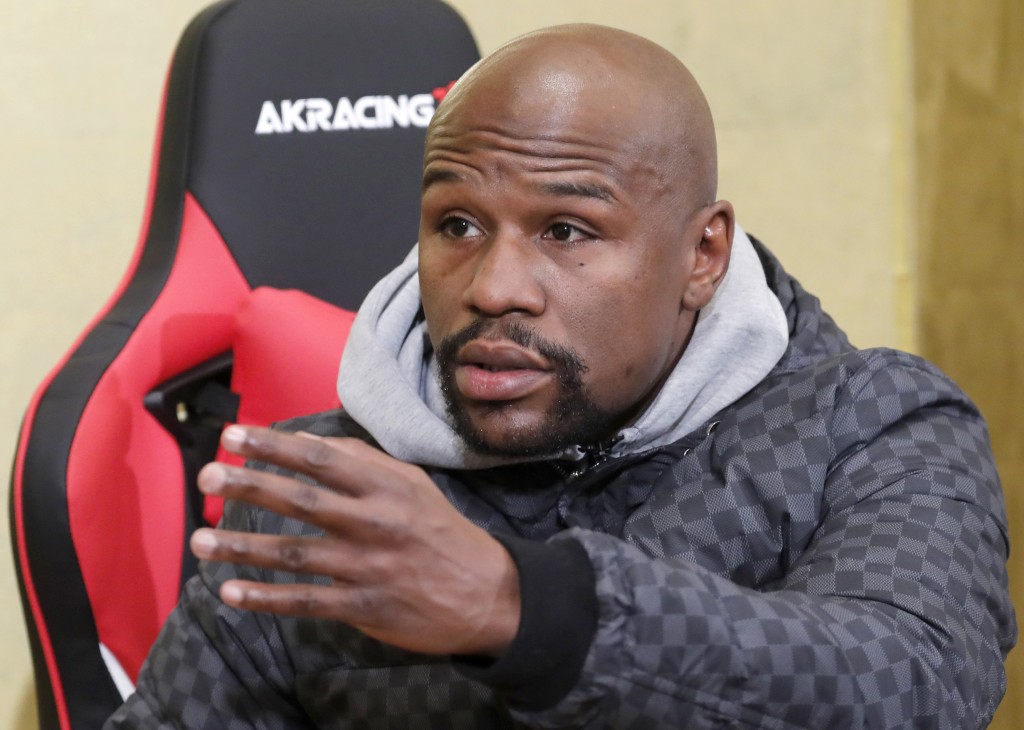 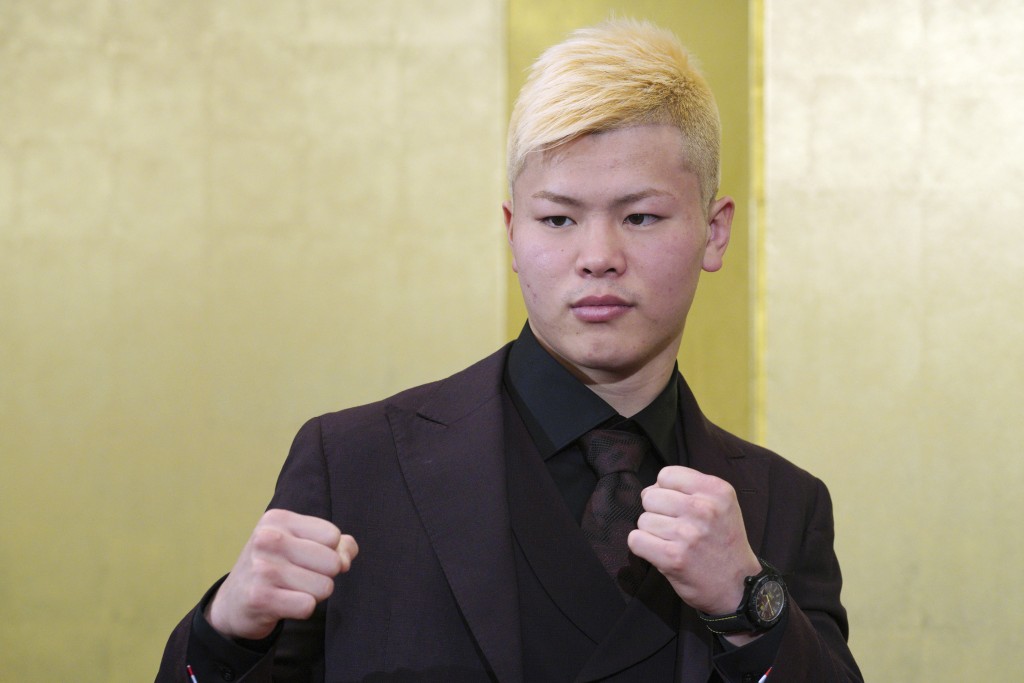 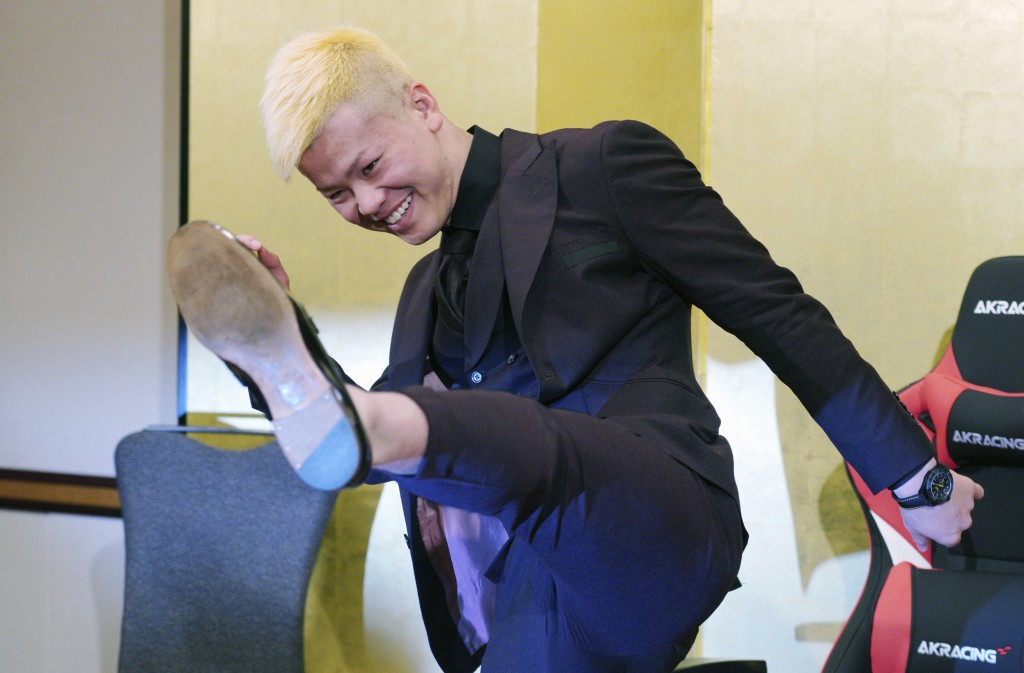 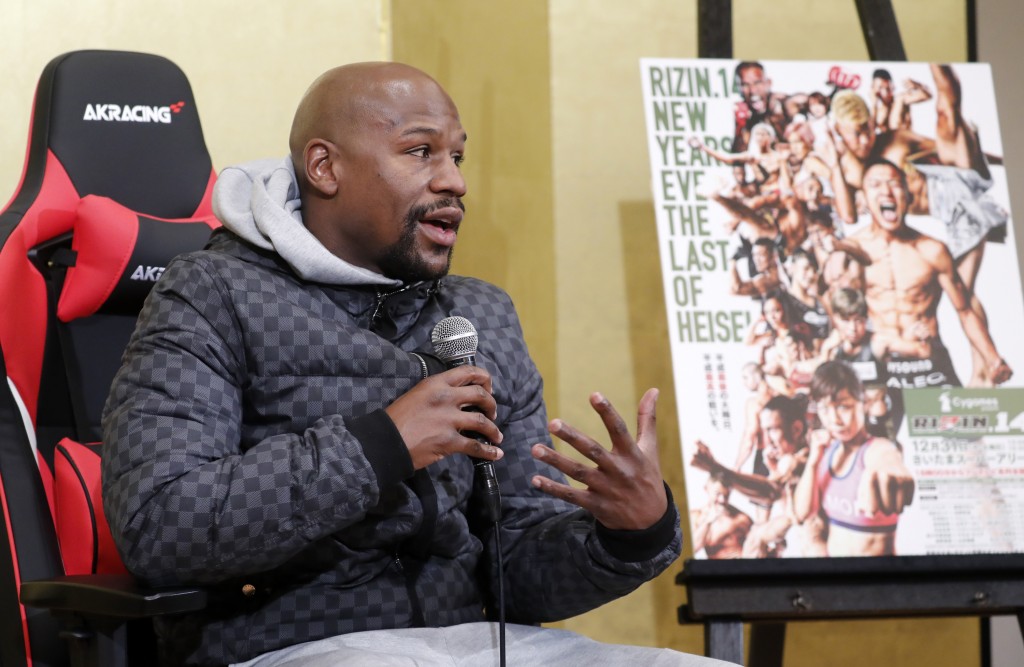 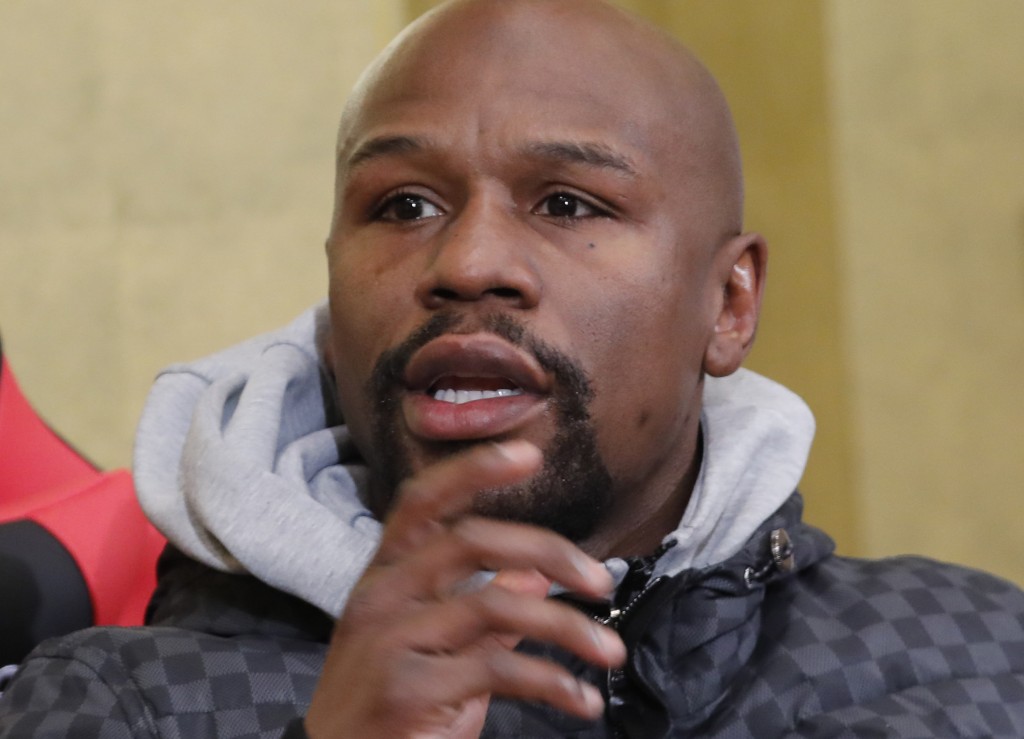 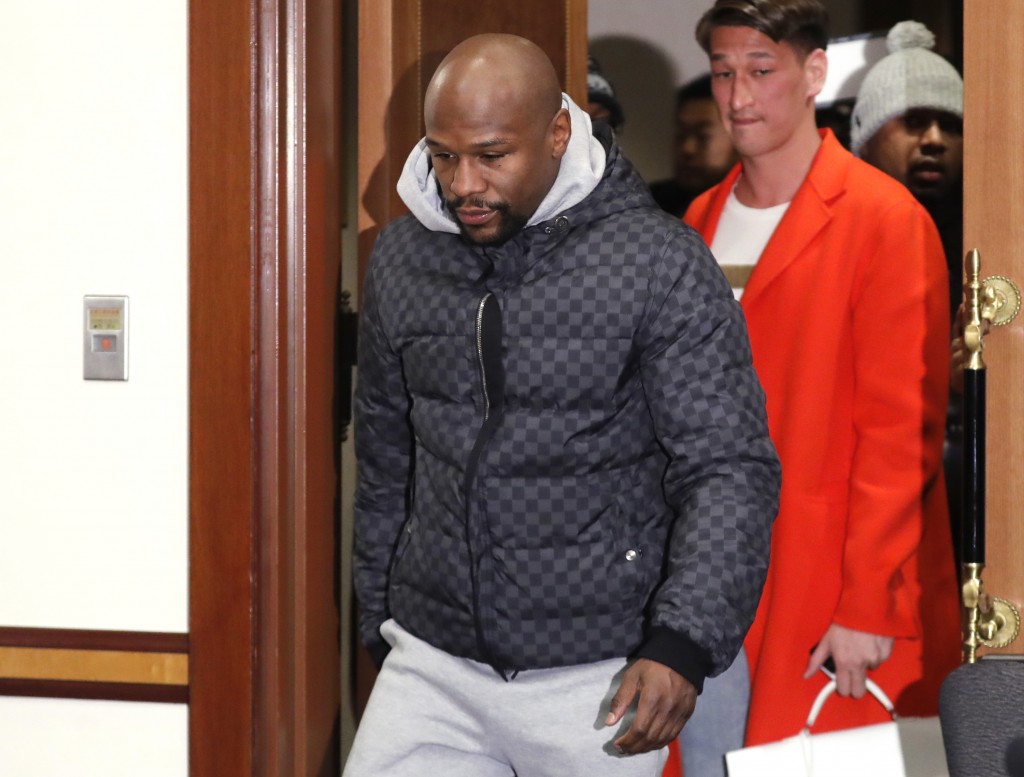 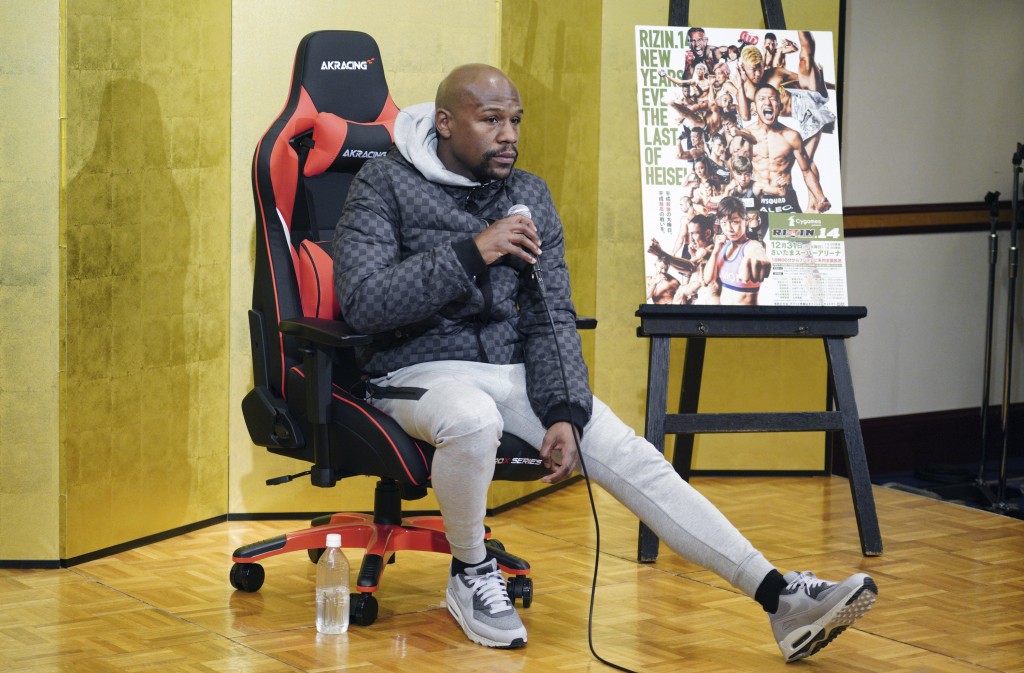 TOKYO (AP) — Floyd Mayweather is promising entertainment when he fights Japanese kickboxer Tenshin Nasukawa in three rounds of exhibition boxing on New Year's Eve, but not necessarily a knockout.

"If it happens, it happens," Mayweather said Saturday when asked whether he was going to knock out Nasukawa.

But the American was adamant that his opponent wasn't going to knock him out or down on Monday.

"Throughout my years at boxing, I never touched the canvas once," Mayweather, 41, told reporters at a Tokyo hotel, brushing off the upcoming event as "just another day."

"I can do three rounds in my sleep," he added.

Neither kicking nor official results are part of the Rizin Fighting Federation match, but a knockout is possible under the special rules.

Mayweather had initially appeared to walk away from the fight, set for Saitama Super Arena, on the northern outskirts of Tokyo.

The Mayweather-Nasukawa bout will culminate an evening of more than a dozen fights, which will be streamed by FITE for a fee, but not in the U.S. Fuji TV is broadcasting the fights in Japan.

"It's all about entertainment, come Dec. 31. I want to go out and have fun," said Mayweather, appearing relaxed and gushing about how he liked Asia and his fans in the region.

Mayweather hasn't fought since beating Conor McGregor more than a year ago for his 50th win from 50 fights.

Nobuyuki Sakakibara, the head of Rizin Fighting Federation, who traveled to the U.S. to woo Mayweather back to the fight, has said it involves the largest payout for an exhibition fight but has not given specifics.

Mayweather previously said he was already making "seven figures" just by talking about it.

Nasukawa, 20, appearing earlier in the day, said he wanted people to see his "courage, determination and challenging spirit."

Nasukawa, despite his no-loss record in kickboxing and mixed martial arts, was previously little known outside Japan. He said he enjoyed the sudden international attention.

He acknowledged he didn't understand what the English comments were saying on his Instagram account but added: "I love it."