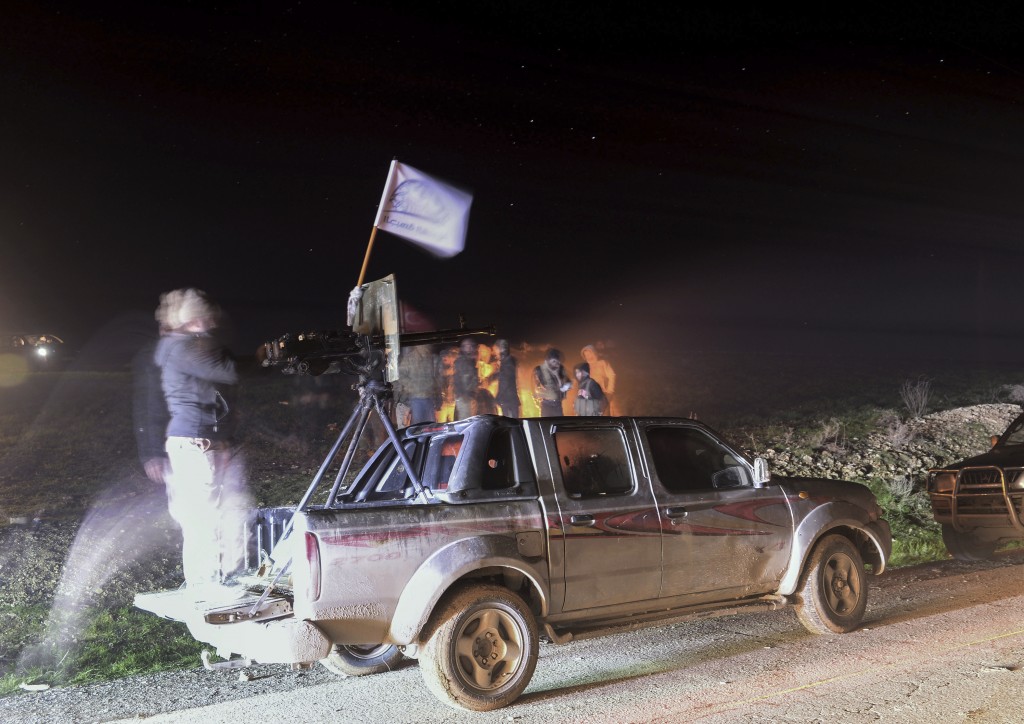 MOSCOW (AP) — Russian and Turkish foreign and defense ministers have met in Moscow to discuss northern Syria as U.S. forces prepare to withdraw and Turkey threatens to launch a military operation against U.S.-backed Kurdish forces controlling nearly a third of the country.

Russian Defense Minister Sergei Shoigu said before the talks began Saturday they would focus on the situation in and around Idlib, as well as "what can and should be done" when the U.S. withdraws from Syria.

After the meeting, Russian Foreign Minister Sergei Lavrov told reporters much of the discussion focused on the pending U.S. withdrawal, and that Russia and Turkey managed to agree on coordinating their steps in Syria "to ultimately eradicate the terrorist threat."

Turkey's official Anadolu news agency said the meeting lasted an hour and a half.