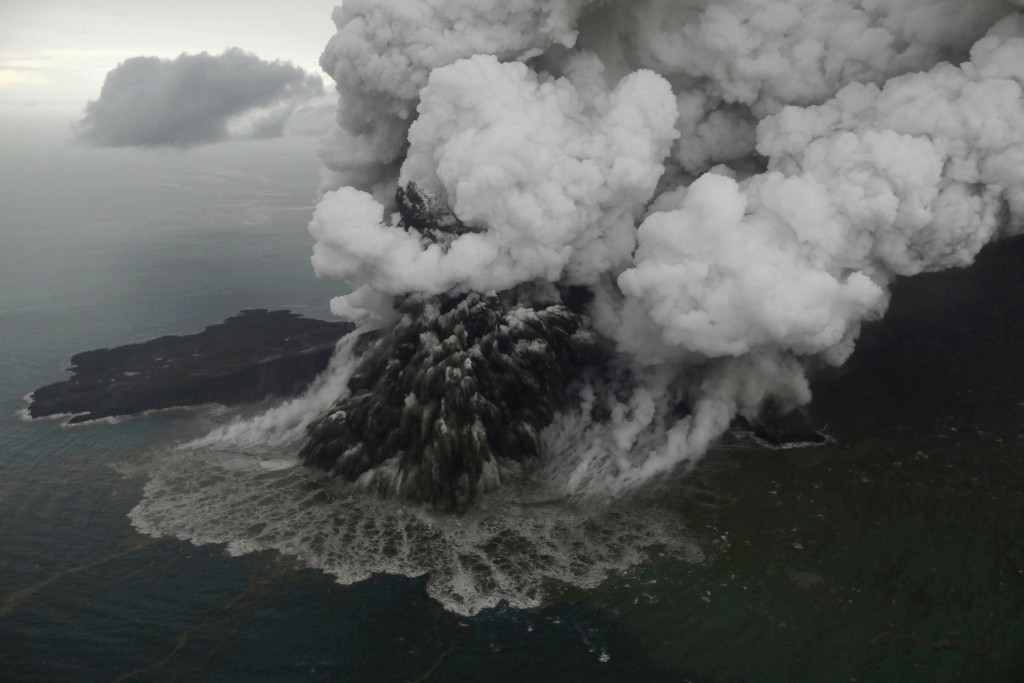 JAKARTA, Indonesia (AP) — Scientists say Indonesia's Anak Krakatau volcano island, which erupted and collapsed a week ago triggering a deadly tsunami, is now only about a quarter of its pre-eruption size.

The analysis shows the scale of the island's collapse, shedding light on the power of the tsunami that affected more than 300 kilometers (186 miles) of coastline in Sumatra and Java. More than 420 people died.