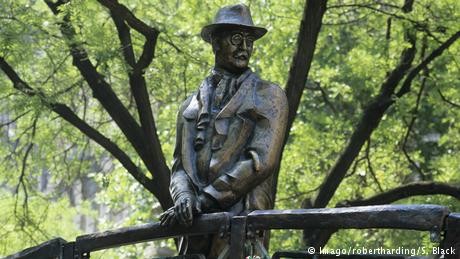 Hungarian authorities have removed a bronze statue of Imre Nagy, the prime minister during the 1956 uprising against Soviet rule, from a square near the Hungarian parliament in Budapest.

According to plans, the popular monument is being relocated to less prominent location away from the country's National Assembly.

The statue of Nagy, a national hero who was executed in 1958 for his role in the revolt against a pro-Moscow government, will be replaced by the reconstruction of a post-World War I monument dedicated to the victims of a short-lived communist regime in 1919.

Critics have decried the move as an attempt by Prime Minister Viktor Orban's right-wing government to revise the country's history and rehabilitate Horthy. Orban has in the past praised the wartime leader.

Orban's supporters say the move is aimed at restoring public spaces in the capital to their pre-World War II appearance before the decades of communist rule, which ended in 1989.

Orban, who addressed a rally in 1989 to celebrate the exhumation and reburial of Nagy, has a close rapport with Russian President Vladimir Putin.