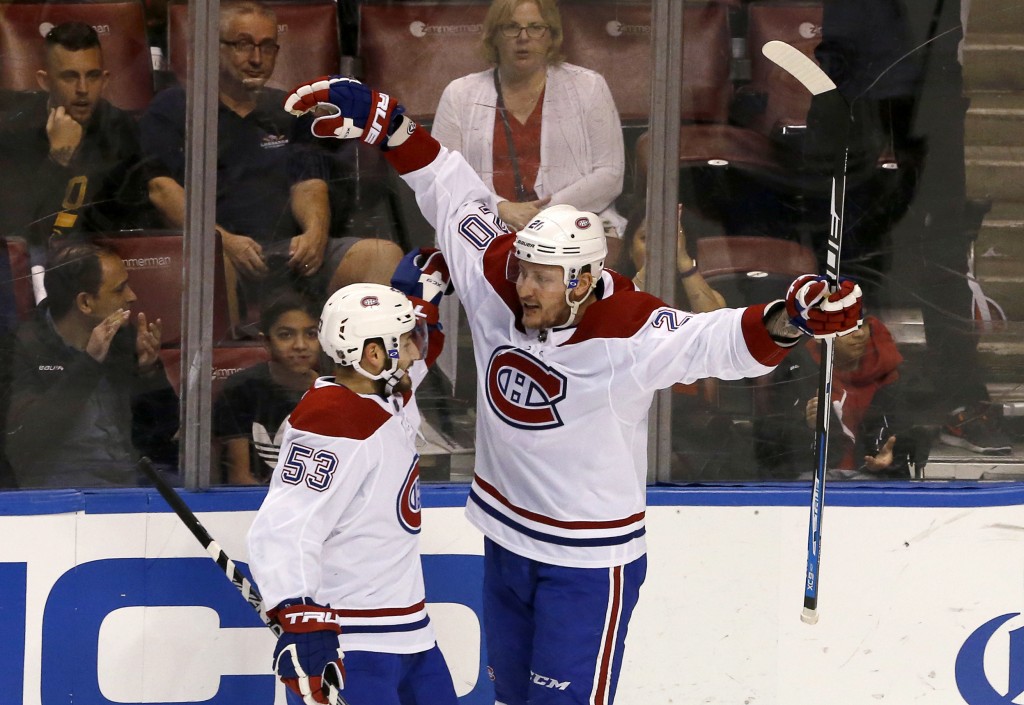 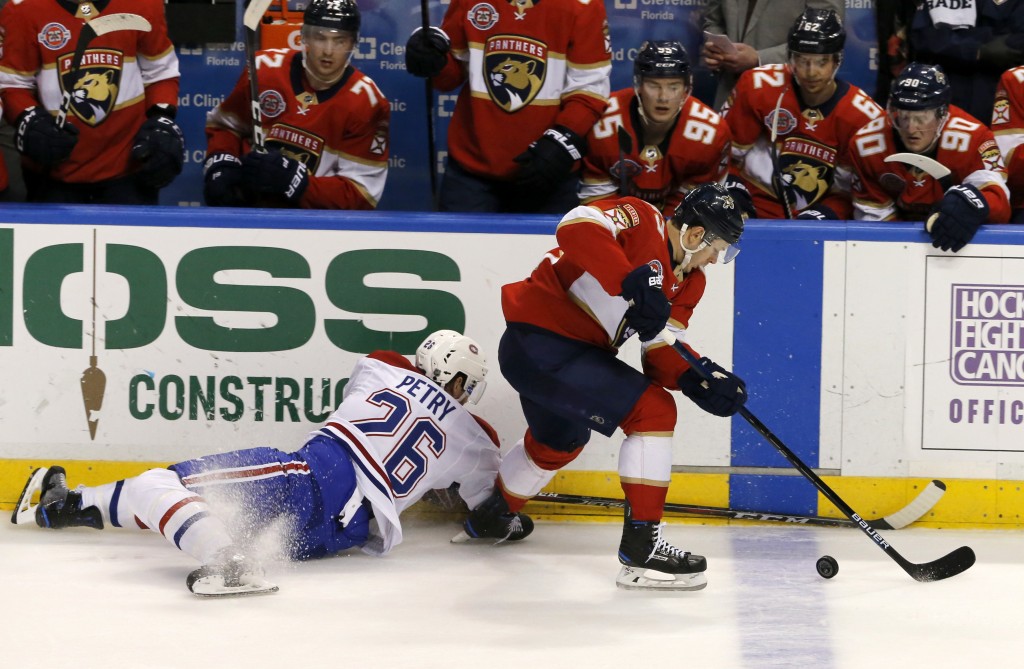 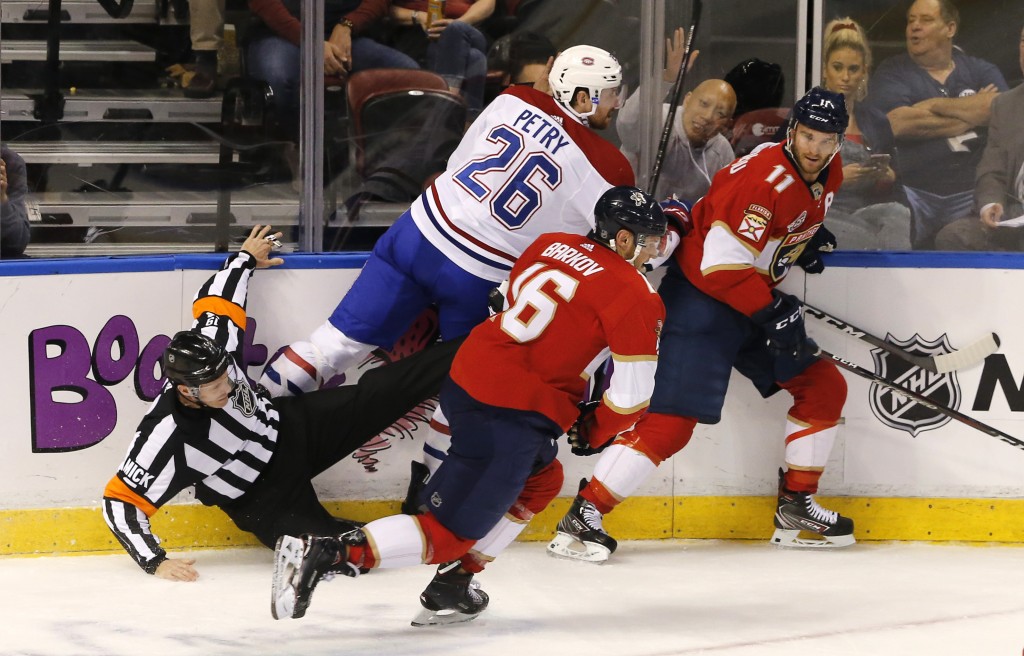 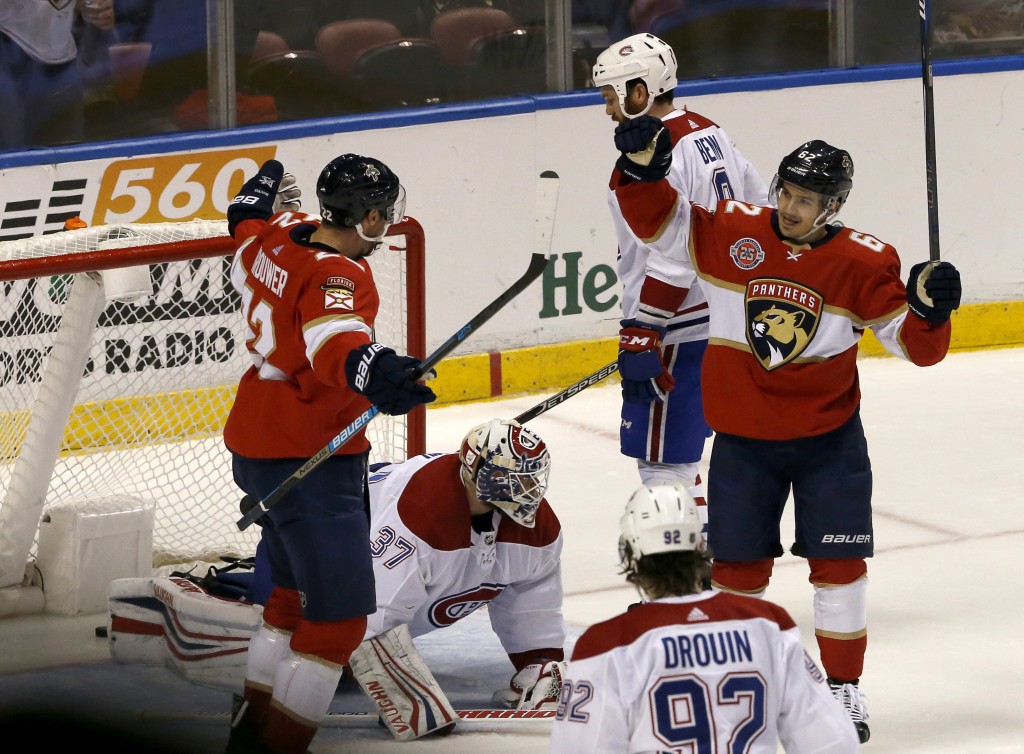 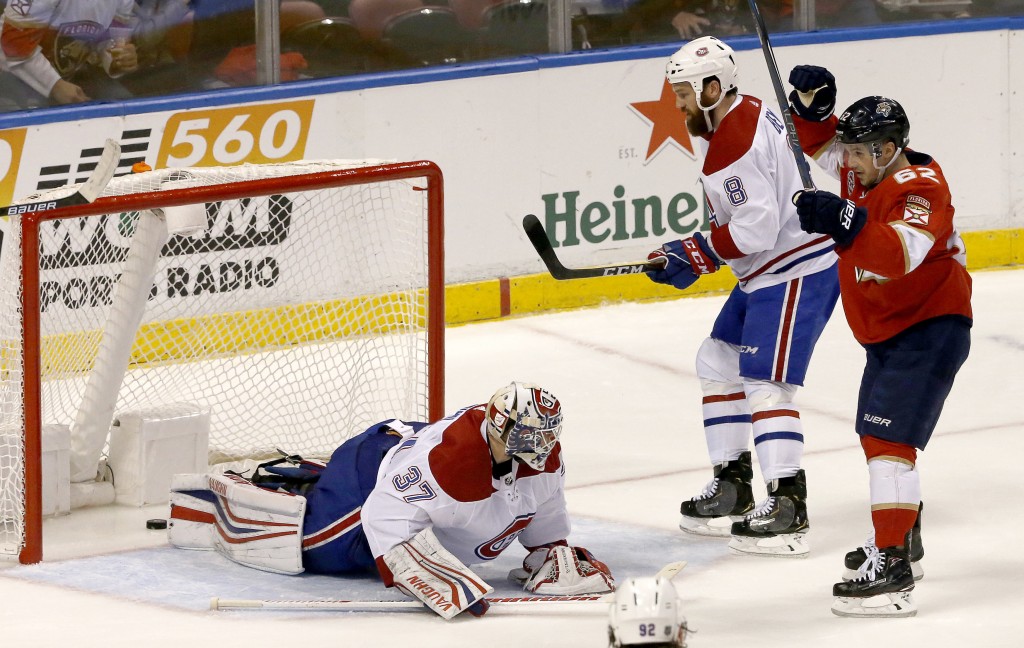 SUNRISE, Fla. (AP) — Tomas Tatar scored twice, including the go-ahead goal in the third period, and the Montreal Canadiens beat the Florida Panthers 5-3 on Friday night.

Jonathan Drouin had a goal and an assist, and Nicolas Deslauriers and Artturi Lehkonen also scored for the Canadiens, who won their third straight.

Montreal scored twice in the first three minutes. Tatar capitalized on a turnover by defenseman Mike Matheson behind Florida's goal to backhand in his 13th goal just 35 seconds in, and Victor Mete's long shot struck Deslauriers and flew by Luongo for his second goal at 2:51.

Florida bounced back with two goals in the frenzied period.

Borgstrom took a feed from Mike Hoffman and buried his second goal from the slot at 8:01, and Malgin swatted in his fourth goal at 13:53 after Niemi's paddle save bounced off Paul Byron and went back toward the goal and Malgin in the low slot.

After the pace slowed in a scoreless second period, Tatar scored again at 8:54 on a one-timer, just five seconds after Florida got one player back from a 5-on-3 penalty kill.

Lehkonen scored at 15:40 for a two-goal edge, and Yandle scored his sixth goal on the power play with 1:16 remaining.

NOTES: Montreal placed Price (lower body) on the injured reserve list Thursday, retroactive to Dec. 22, and said the former Vezina Trophy winner would miss the final three contests on the road trip. The club called up Michael McNiven from the AHL's Laval Rocket on an emergency basis. ... Among Florida's scratches was F Nick Bjugstad (upper-body), who missed his ninth consecutive game. The Minnesota native was close to returning at the end of the four-game trip before the holiday break but was held out. ... The game was the first of four meetings between the teams.