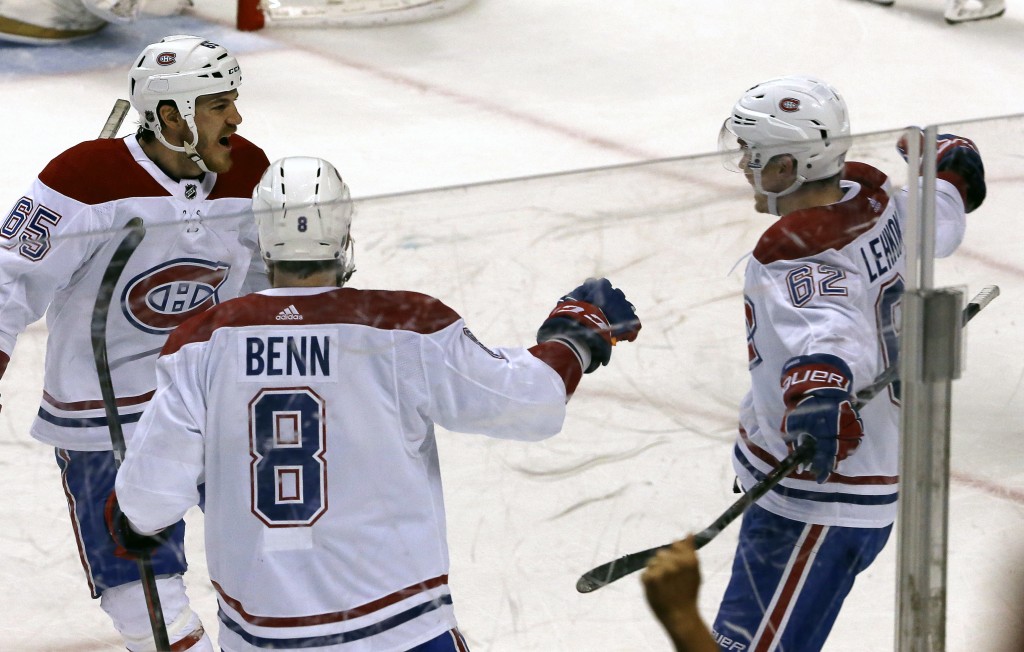 SUNRISE, Fla. (AP) — Tomas Tatar scored twice, including the go-ahead goal in the third period, and the Montreal Canadiens beat the Florida Panthers 5-3 on Friday night.

Jonathan Drouin had a goal and an assist, and Nicolas Deslauriers and Artturi Lehkonen also scored for the Canadiens, who won their third straight.

NEW YORK (AP) — Mathew Barzal had two goals and an assist to help New York rally for a win over Ottawa.

Josh Bailey had a goal and an assist, and Anders Lee, Johnny Boychuk and Casey Cizikas also scored for New York, which came back from a pair of two-goal deficits to win for the fifth time in six games.

Thomas Greiss gave up three goals on 17 shots before he was pulled 6:11 into the second period. Robin Lehner, who began his career with Ottawa, came on and stopped all 10 shots he faced to improve to 7-0-3 against his former team.

Mark Stone, Matt Duchene and Cody Ceci scored for Ottawa, which has lost six of eight (2-5-1). Mike McKenna finished with 33 saves as the Senators fell to 4-13-1 on the road.

Mitch Marner had a goal and assisted on both Tavares' tallies, and Frederik Gauthier also scored to power the Maple Leafs to their fifth straight win, matching the longest streak of the season.

Nick Foligno and Artemi Panarin scored for Columbus, and Sergei Bobrovsky had 25 saves. The Blue Jackets, playing on the second night of a back-to-back, saw their five-game winning streak snapped as they try to stay close to Washington at the top of the Metropolitan Division.