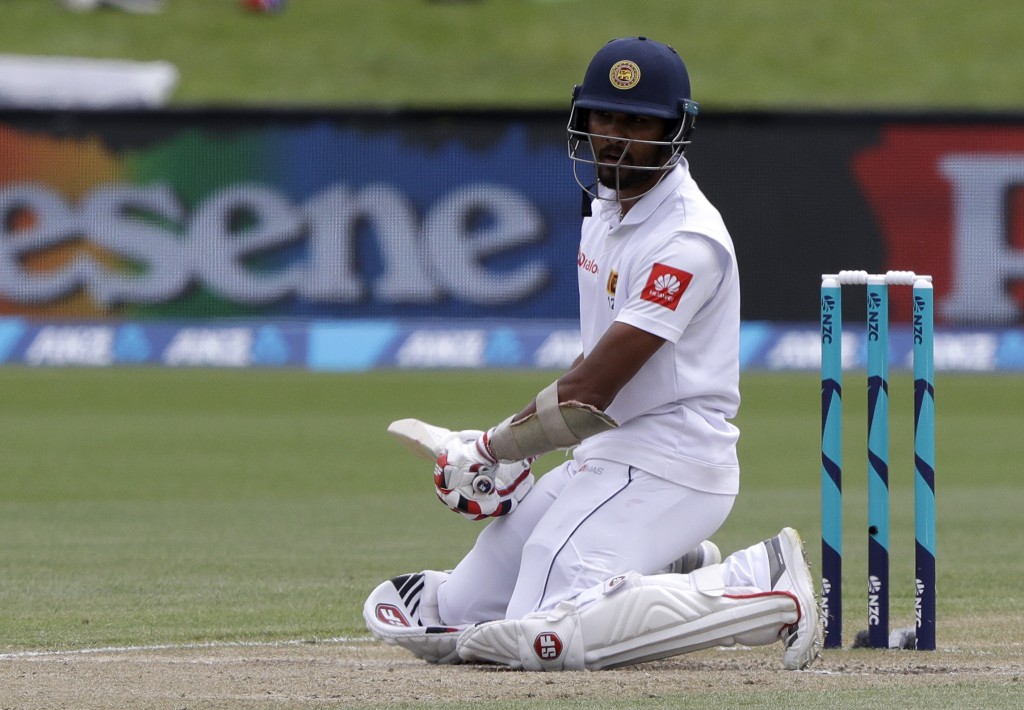 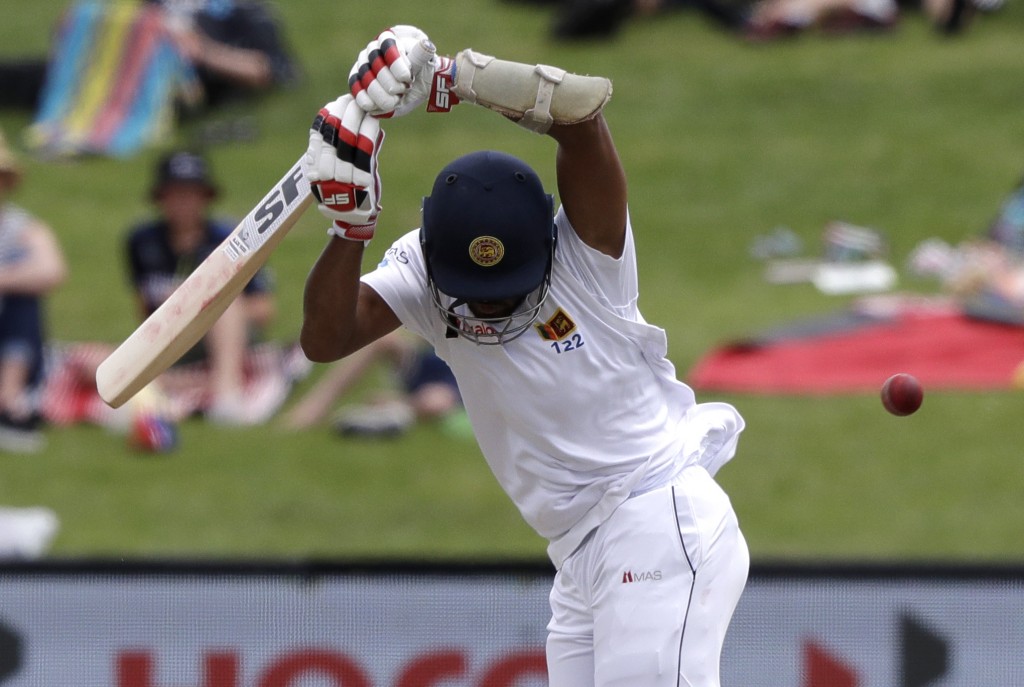 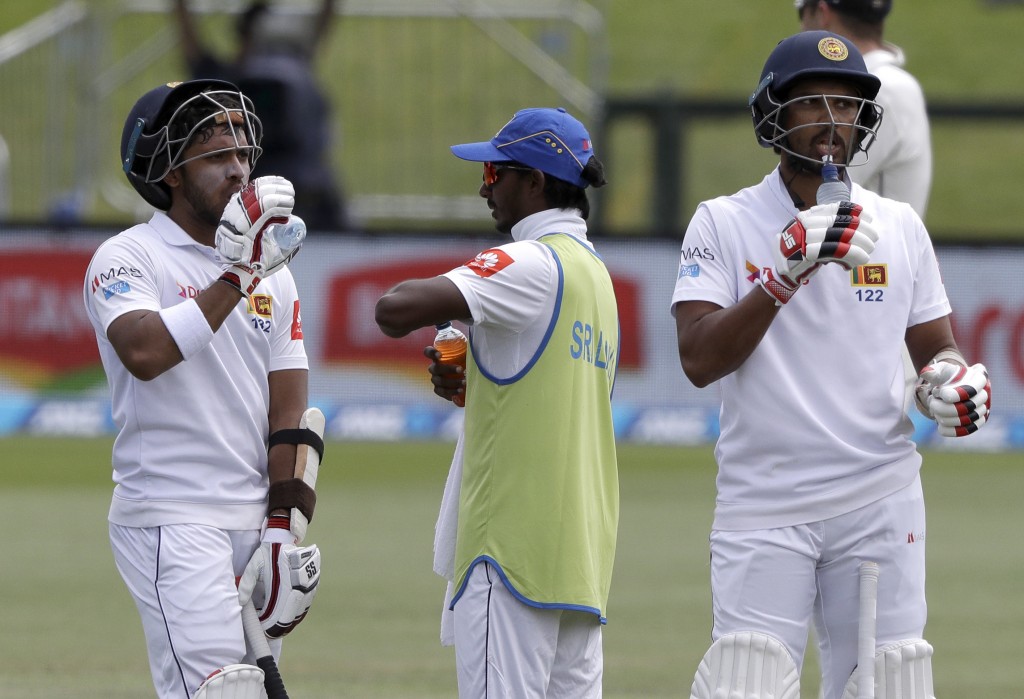 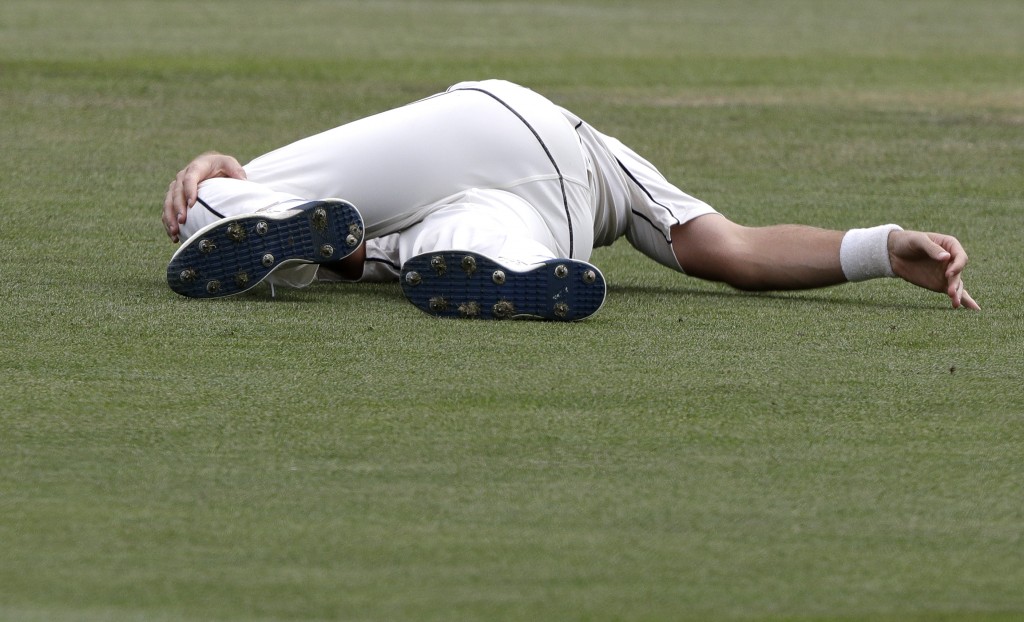 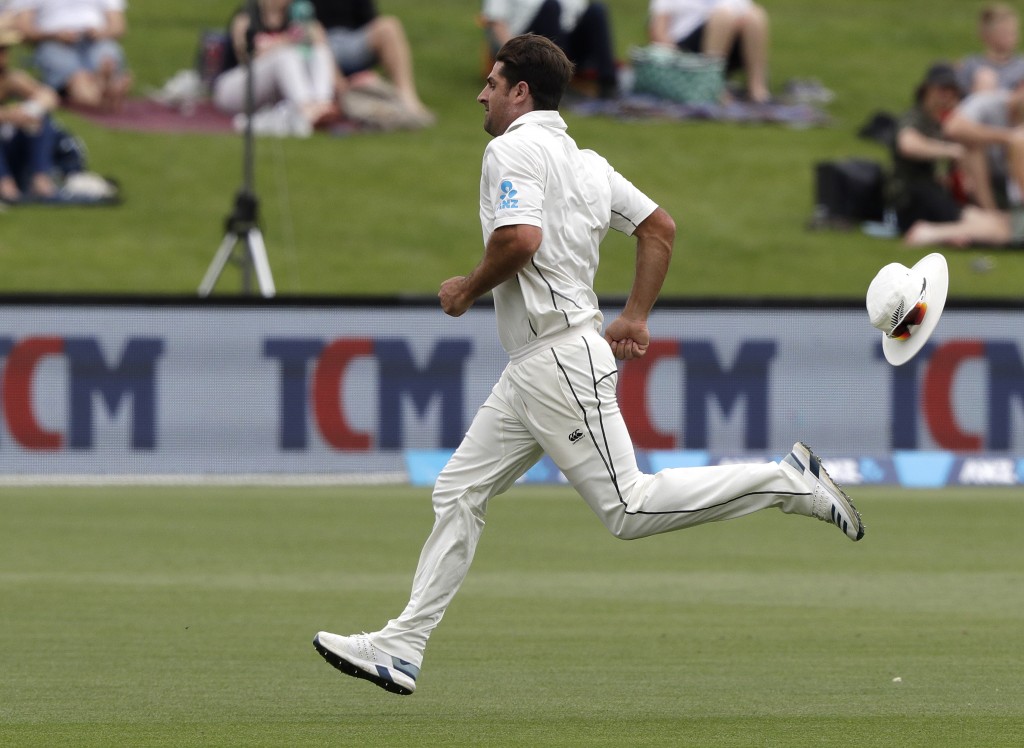 CHRISTCHURCH, New Zealand (AP) — Sri Lanka began another tenacious fourth-day fightback Saturday as it strove to save the second test against New Zealand after starting its second innings 659 runs behind.

Dinesh Chandimal and Kusal Mendis batted throughout the morning session to see Sri Lanka safely to lunch at 89-2 after it resumed under pressure at 24-2.

Chandimal was 33 not out and Mendis 51, having raised his eighth test half century just before the break.

Their third-wicket partnership had garnered 80 runs. More importantly, the stand had occupied almost three hours as Sri Lanka sought to survive the last two days of the test to draw the match and force a tie in the two-test series.

In the first test at Wellington, Sri Lanka also started its second innings deeply in the red but Mendis and Angelo Mathews batted throughout the fourth day in an unbroken partnership which produced 274 runs and earned a draw with the help of rain. It was the first occasion in almost a decade in test cricket that a full day had passed in a test without a wicket falling.

With Mathews the next man in, Sri Lanka has a vestige of hope that it might produce a similarly defiant rearguard action to save this test, though the odds are longer because of the time remaining.

Runs are largely immaterial as it is beyond all possibility Sri Lanka will score the 660 runs it needs to win the match. That would be than 242 runs more than any other team has scored in a successful fourth-innings run chase in test history.

The keynote is survival and Sri Lanka appears to have batsmen with the technique and the diligence to bat for long periods, as Mendis and Mathews have previously demonstrated. The danger for Sri Lanka is that after Mathews and the wicketkeeper Niroshan Dickwella, the tail begins and has shown little fight in the series so far.

When the specialist batsmen were dismissed, Sri Lanka quickly capitulated for 104 in the first innings of the current match.

Chandimal and Mendis both looked comfortable and capable in the morning, defending resolutely without completely abandoning their attacking shots. Mendis' half century came from 113 balls and included nine fours; he raised it with a cover-driven four from Trent Boult.

The ball swung a little at first Saturday and spinner Ajaz Patel found a little slow turn before lunch but conditions otherwise looked good for batting on a pitch which has barely worn since day one.