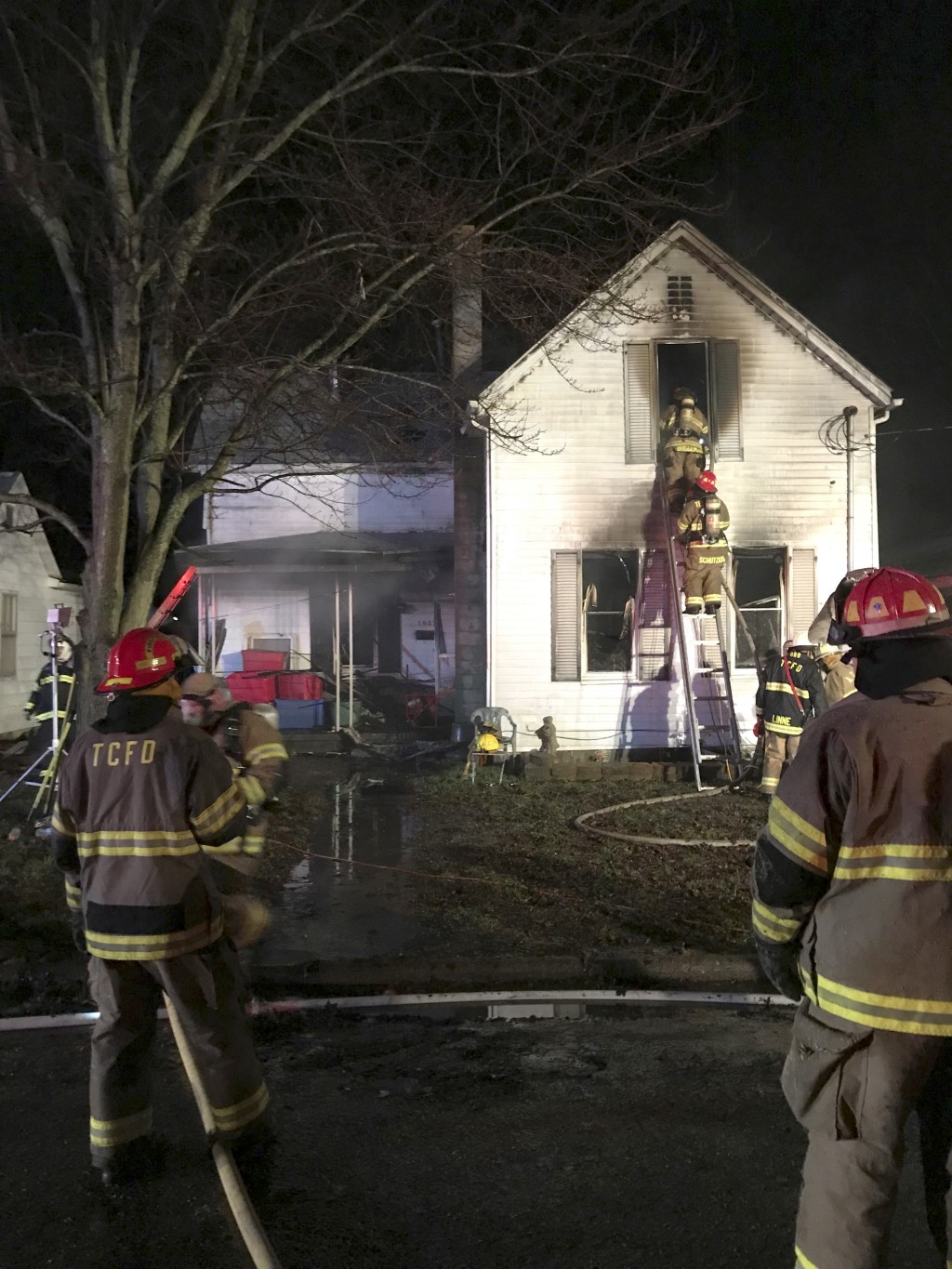 TELL CITY, Ind. (AP) — The Latest on a house fire that killed three children in southern Indiana (all times local):

Authorities say three young siblings are dead and their mother is hospitalized following an overnight house fire in a small southern Indiana city.

The flames prevented police and fire crews from entering the house.

Their mother tried unsuccessfully to get the siblings out of the home. She and two other children escaped the blaze with non-life-threatening injuries, and one of the children called 911.

The Indiana State Fire Marshal is investigating the fire in the city about 70 miles (110 kilometers) southwest of Louisville, Kentucky.

Authorities say an overnight house fire has killed three children under the age of 12 in a small southern Indiana city.

The Indiana Department of Homeland Security says multiple people were inside the home when the fire broke out early Friday in Tell City, on the Ohio River.

The agency says three children died in the fire. WFIE-TV reports that fire officials say the three victims were under age 12. Three other people were taken to a hospital. Authorities have not released information about their conditions.

The Indiana State Fire Marshal is investigating the cause of the fire.

Tell City is about 70 miles (110 kilometers) southwest of Louisville, Kentucky.