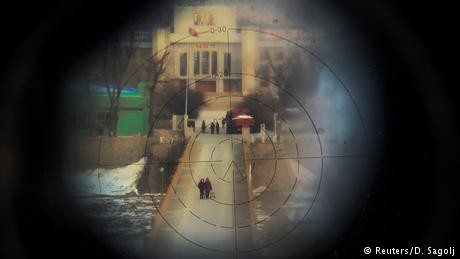 The personal information of 997 North Koreans who have defected to the South has been hacked, South Korean officials said on Friday. The security breach happened at a government facility that helps people who have fled the repressive regime in the North settle in South Korea.

The classified data was leaked after an unsuspecting worker opened a mail containing malware at one of about 25 "Hana Centers" offering support for tens of thousands North Koreans living in the South.

Authorities from South Korea's Unification Ministry inspected the computers at all centers but said no other leaks were found.

"We apologize to defectors from the North. We will make utmost efforts to protect their personal information and prevent any recurrence of such an incident," the Unification Ministry said in a statement.

The ministry declined to specify who may be behind the hack, or their motive. A police probe was underway.

Defectors, most of whom risked their lives to flee poverty and political oppression, are a source of embarrassment for North Korea. Its state media often denounces them as "human scum."

More than 30,000 North Koreans have fled the communist state since it was divided in 1948. It is very rare for them to cross the Korean border which is fortified with minefields and barbed wire, however. Most flee across the Yellow Sea into neighboring China before going to South Korea.