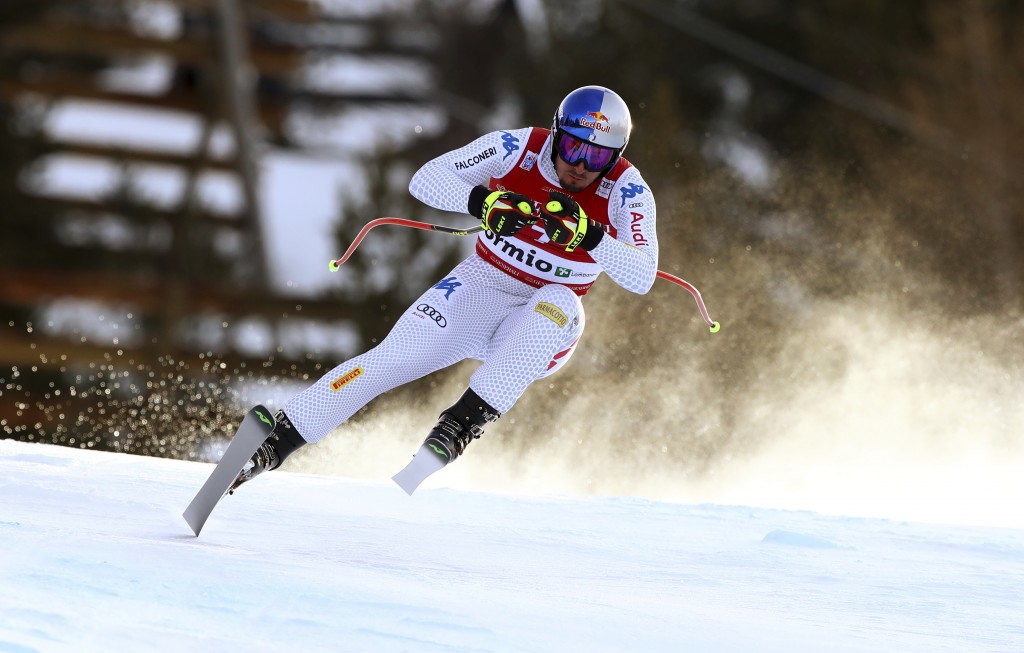 The festivities for the host nation were interrupted when Slovenian skier Klemen Kosi was airlifted by helicopter to a local hospital after crashing.

Kosi lost control toward the end of the course and tumbled through two layers of safety netting before coming to a stop.

Injury details were not immediately available.

Paris trailed his teammate on the upper section of the icy course but was faster at the bottom and finished 0.36 seconds ahead of Innerhofer.

Paris, who also won this race in 2012 and 2017, matched the record of three victories on the Stelvio held by Austrian greats Hermann Maier and Michael Walchhofer.

It was the 10th win of Paris' World Cup career and his 25th podium result.

Bryce Bennett of the United States finished fourth, 0.67 behind, to match his career-best result set in the Val Gardena downhill two weeks ago.