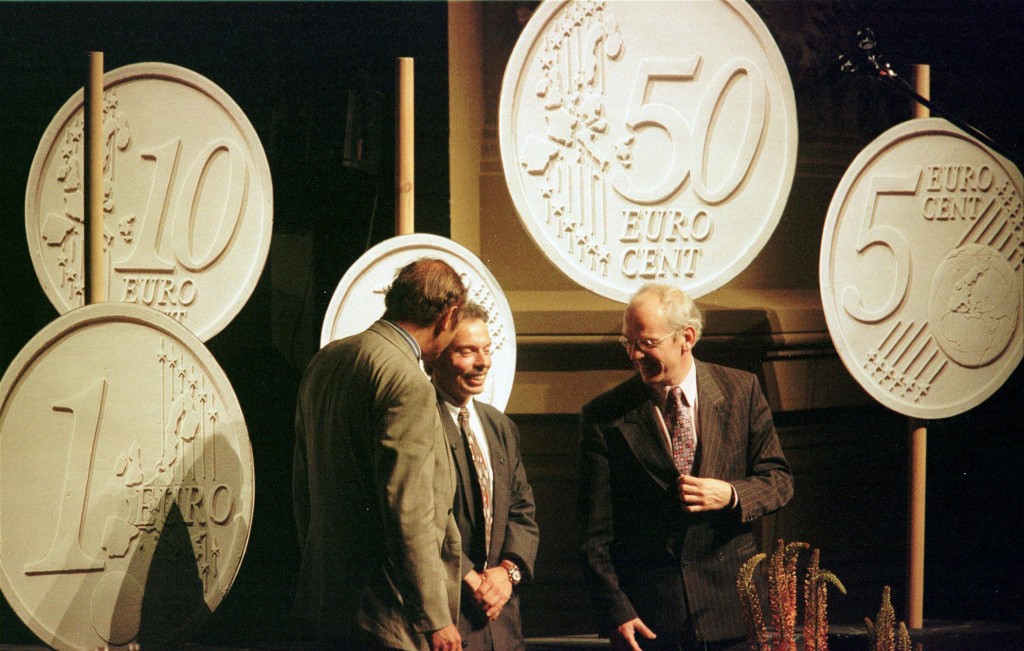 — Eurozone: The 19 European Union countries that use the euro. They are: Austria, Belgium, Cyprus, Estonia, Finland, France, Germany, Greece, Ireland, Italy, Latvia, Lithuania, Luxembourg, Malta, the Netherlands, Portugal, Slovakia, Slovenia and Spain. EU members Britain and Denmark received opt-outs ahead of the currency's creation in 1999. Other EU members are required to join as soon as they meet the requirements for limits on debt, deficits and inflation, but there's no deadline. In fact, the status quo seems to suit many non-members just fine, given the currency union's troubles.

— European Central Bank: The Frankfurt, Germany-based ECB took over decisions on monetary policy — such as setting interest rate benchmarks — from national central banks when the euro was launched in 1999. The ECB's 25-member governing council, led by President Mario Draghi, is made up of a six-member executive committee plus 19 heads of national central banks.

— Stability and Growth Pact: Rules limiting debt and deficits for member countries. The rulebook has at times proven difficult to enforce and has served as a source of tension.

— European Stability Mechanism: The eurozone's bailout fund. Can borrow with the backing of member governments and lend — against strict conditions — to countries that can't refinance their debts through the bond market.

— Banking union: Consolidation of banking oversight at the European Union level. Undertaken after national supervisors were perceived to have looked the other way on bank problems. Includes supervision of the largest banks by the ECB and a resolution fund that can help wind down failed banks. A missing piece: deposit insurance at the EU level, resisted by Germany, the eurozone's largest member.