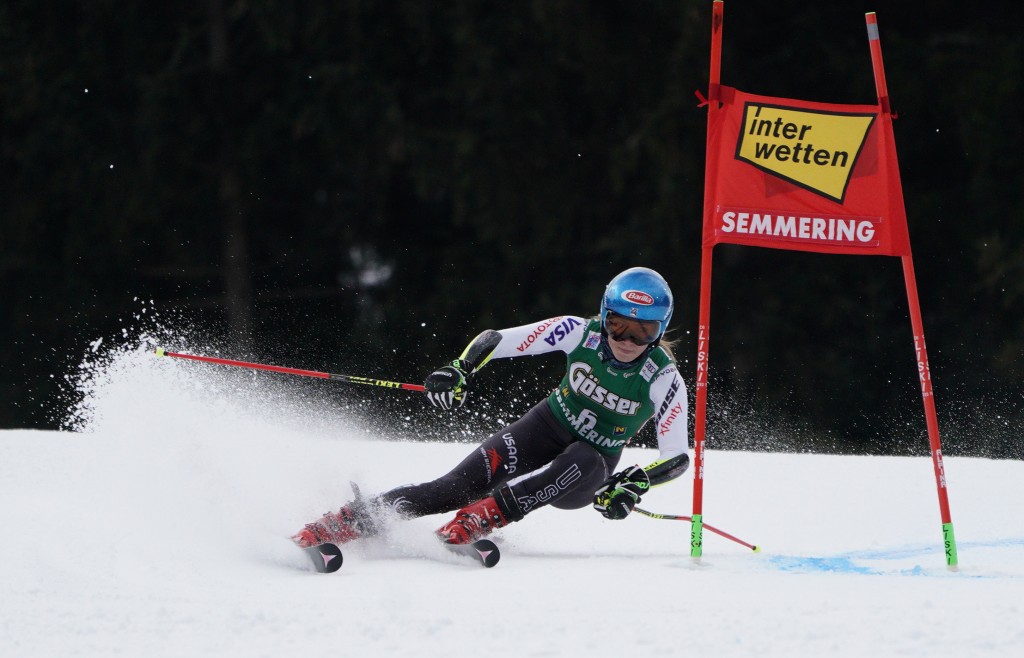 The Olympic champion from the United States trailed then leader Stephanie Brunner by 0.15 at the final split time but used a strong finish to beat the Austrian's time by 0.02.

Shiffrin can become the first skier, male or female, to win 15 World Cup races in a single calendar year. She currently shares the best mark of 14 with men's overall champion Marcel Hirscher of Austria.

Ragnhild Mowinckel of Norway was 0.03 behind in third, with Petra Vlhova of Slovakia another 0.03 further behind in fourth.

Former two-time overall champion Anna Veith of Austria had 0.12 to make up in the second run.